The Exeter Ball Association recently received a very generous donation. In honor of Lori Ruhl Walford and Gary Ruhl, their families have donated a beautiful new scoreboard which was recently mounted at the ballfield.

Speaking for the family, Jerry Walford, Lori’s widower explained that, “We wanted to honor the memory of Lori and her dad, Gary.”

“A couple of years ago Lori and I were watching Cayden (grandson) play ball and I remembered her making the comment that you could barely see the sign out there and she was the one running the scoreboard.”

The community rallied around Lori during her illness, holding a benefit in her honor when she was in the late stages of cancer, “When she was sick and the community held the benefit we decided we could use some of that money for a scoreboard along with the memorial money.  We wanted to give back to the community. Lori thought that was a good gesture in her and her dad’s name and to the whole Ruhl family.”

“The whole Ruhl family has played ball up there, Lori’s brother Bob has coached, it’s a dedication to their family,” said Walford.

The beautiful new sign features the maroon and white colors that are familiar to Exeter Eagles along with a very prominent eagle in the middle of the lighted score area.

“It took quite a while to figure out how to get the scoreboard ordered but a company in Lincoln helped us order one out of Minnesota. Lori’s Mom Deloris and sisters helped pick out the eagle for the middle of the sign,” explained Jerry.

Lori’s sister, Kay (Ruhl) Due repainted the backstop at the ball diamond after it was repaired to freshen the field for the year.  The Ruhl and Walford families have also established a  yearly scholarship fund in Lori’s name that will go to an Exeter-Milligan graduate who has been in nursing school for a year. 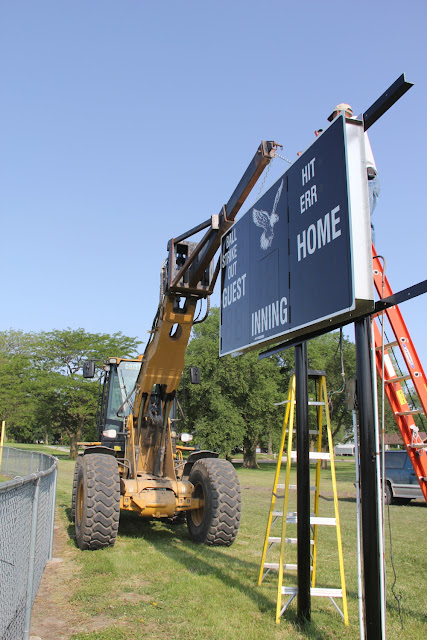 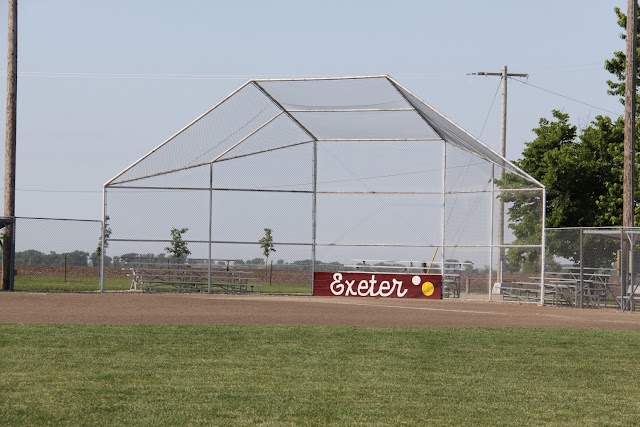 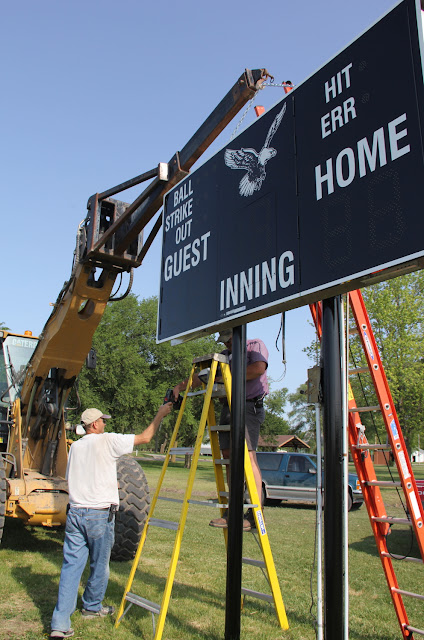