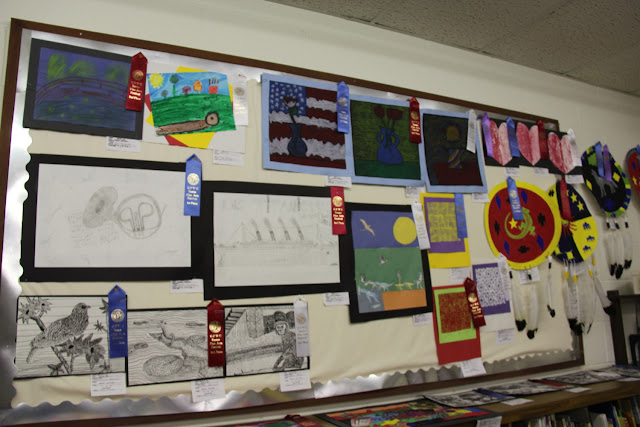 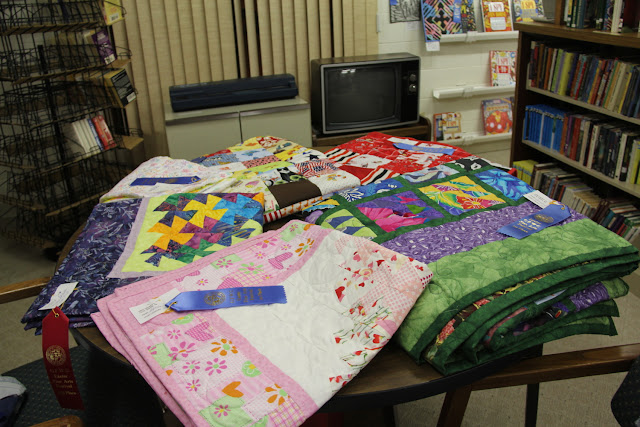 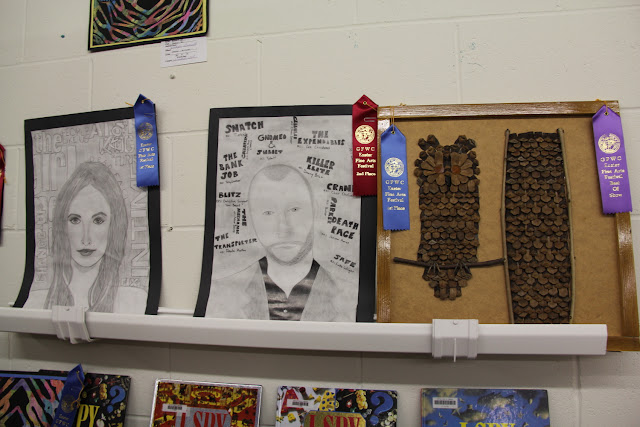 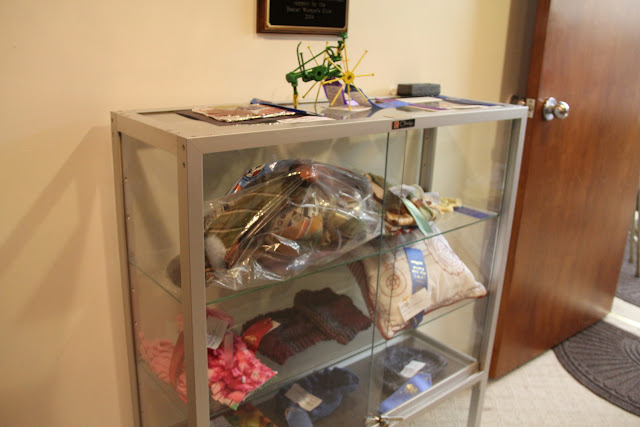 Posted by Leesa Bartu at 9:51 AM No comments: 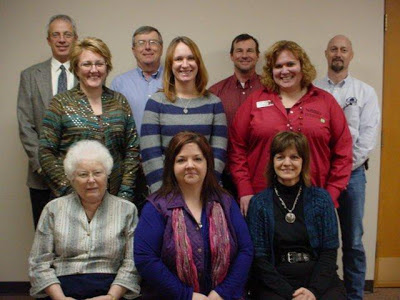 Gary Dick, Vice-President of the Fillmore County Development Corporation, presided over the business meeting.  The minutes of the 2012 annual meeting were approved. The FCDC Board of Directors presented the 2013 proposed budget that they had approved at their December meeting to the FCDC membership.  The membership accepted the 2013 budget.

Shari Michl-Exeter, Amanda Haumont-Geneva, and Ann Jansky-Milligan were elected to serve on the FCDC Board of Directors for a three-year term.

Gary Dick recognized and thanked members for their support. He also thanked the Directors and committee members for the volunteer time they give to the Fillmore County Development Corporation.

Lentfer also thanked the Board members and the volunteers for all their volunteer time spent working to keep Fillmore County a great place to call home. Special thanks went to the Public Relations committee who set up the annual meeting.

The speakers for the day were Kelly Christensen, the Associate Dean of Instruction at Central Community College. He is the Hastings Area Director for Dream !t Do !t and Clifton Benes is a Dream !t Do !t Career Dream Team Member who is employed at Molex Inc.  Christensen explained how the program began and the goals of Dream !t Do !t.  Benes talked about his career choice and the steps he took in becoming an engineer and having a very successful job at Molex.
The Dream !t Do !t Initiative was created in recognition of the growing skills shortage across the United States. Dream !t Do !t is reaching out to students parents, educator and businesses to highlight education paths to obtain skills that lead to good paying careers in manufacturing and related businesses.  The initiative was created by the NE Advanced Manufacturing Coalition.

The Fillmore County Development Corporation is a not-for-profit corporation that was formed in 1989 and is governed by a Board of Directors. The mission of the corporation is to enhance the quality of life for Fillmore county citizens by improving the economic health of Fillmore County and strengthening its communities. Membership is open to individuals, businesses, and government entities.

Services for Leo Soukup of Exeter will be held 2:00 p.m. Saturday, March 9, 2013 at the Farmer Funeral Home in Exeter, Nebraska. Burial will be in the Exeter Cemetery. Public visitation will begin Friday at 1:00 p.m. until 6:00 p.m. at the funeral home in Exeter. Family will greet friends from 4:00 until 6:00. Memorials are directed to the Geneva VFW, Milligan American Legion or the Exeter American Legion in lieu of flowers.
Posted by Leesa Bartu at 5:06 PM No comments: 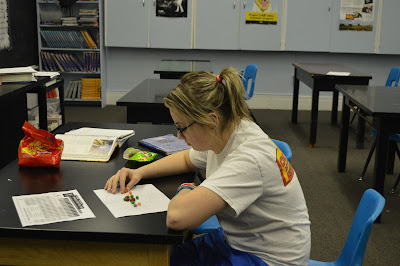 In freshman physical science, we are studying atomic structure. Protons, Neutrons, Electrons; these are the basic particles that make up every atom in your body and the universe. We are looking closely at how these particles interact with each other to give rise to the large diversity on matter we see every day. Of course, these sub-atomic particles are much too small for us to interact with directly, so we will be using several different types of models. We began our study of atoms by using ourselves to represent the particles. We made models of hydrogen and helium atoms with each student representing a different particle, the electrons got a bit dizzy after a while but we all survived. Next, we looked at a simpler model of the atom called a Bohr model, which is a 2 dimensional drawing of an atom. Some of the students were asked to draw their Bohr models on the board and explain how they used the periodic table to help them draw the correct structure. Finally, We will be creating the Peanut M&M/Jellybean model (patent pending) and using candy to make our atoms. The law of conservation of matter says that matter cannot be created or destroyed through normal chemical processes, but I have a feeling that some of the particles we begin with may not survive the experiment!
Pictured is Alexis Trauger planning her Peanut M&M/Jellybean model.
Posted by Leesa Bartu at 7:30 AM No comments:


The 2012-2013 Odegeo...Leadership for Fillmore County class traveled to Lincoln on February 13, 2013 with the Leadership Hastings class to the State Capitol to learn more about the Unicameral and the issues in the Legislature.

The Leadership groups began their day with Chief Justice Heavican presenting information about the Nebraska court system.  Next Kate Heltzel from the Unicameral Information Office gave an over of the unicameral.  The group then had a tour of the Capitol building.

The group then planned to observe the Legislature in session, however, the Legislature adjourned just as the group was planning to enter the gallery.  According to the Sargent at Arms this is quite unusual for the Senators to adjourn at 10:00 a.m.

Walt Radcliffe presented information on the role of lobbyists in the unicameral.  He explained how organizations and interest groups hire them and how they present information and their client’s viewpoints to Senators.

During lunch Senator Karpisek, Senator Sieler, and Senator Hadley spoke to the group about how Senators work together to get legislation passed or eliminated.   Members from the Fillmore County leadership group asked the Senators their views on the LB561 which proposes to close the YRTCs and LB405 and LB406 which would change taxing methods.

First Lady Sally Ganem also attended the luncheon and told about the roles she plays as First Lady.  She also talked about Governor Heidemann and how he works with the Senators.

In the afternoon the class members attended committee meetings.   The day ended with a tour of the Governor’s mansion. 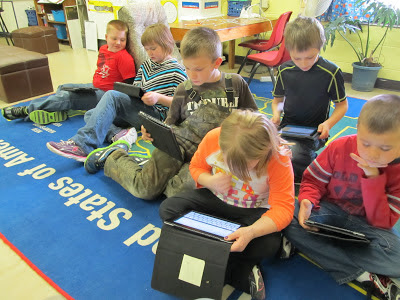 It’s time to blog. Each month Second Graders at Exeter-Milligan Public Schools have an opportunity to join a book club. The children read the selected book at home and come to book club prepared to share what they liked about the story. There are no worksheets or directed questions, just a time to have a discussion. This month students used iPads to share their comments about Cloudy With a Chance of Meatballs. Using Kidblog, a blog site designed for children, students shared their favorite parts of the story and submitted their comments to be viewed by fellow classmates. The Exeter-Milligan second graders have extended an invitation to their pen pals from Friend Public Schools to participate in their next book club via Kidblog.
Posted by Leesa Bartu at 7:30 AM No comments: