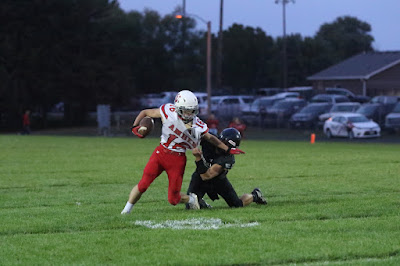 Amherst started at a furious pace and never slowed down.  The scored on their second possession with 6:34 left in the first and had a rare gem in the 8-man game, a field goal kicker.  0-7

With 2:10 left in the first quarter Amherst found the end zone again 0-14

Their third run down the field the Bobcats held them at 4th and 6 when Amherst attempted a 42 yard field goal that was no good.

The Bobcats fumbled after pulling the ball from the one yard line to the 12 and Amherst recovers and scores 0-21 10:30 in half.

Amherst gets the ball back to the Bobcat 15 but a block in the back brings it back to the 10.  The Bobcat defense fights hard, forces a fumble and Christian Weber recovers it in the end zone giving the Bobcats 6 on the board with 7:36 in the half.Broncos tack on another 7 6 to 28  537 left in half.

EMF sends the ball into the end zone on a pass from Daysan Staskal to Jackson Beethe.  12-35 with 9 seconds left in the half. 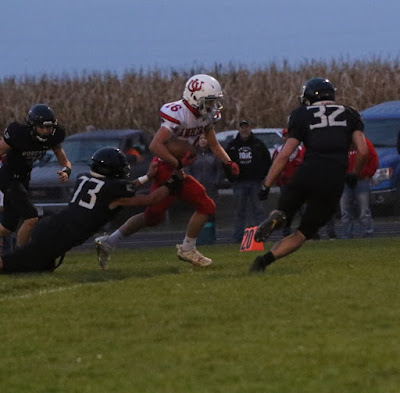 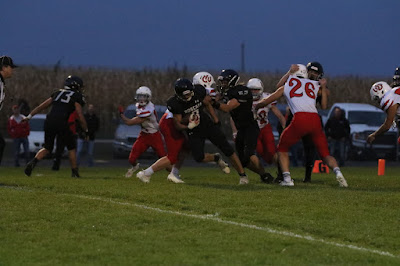 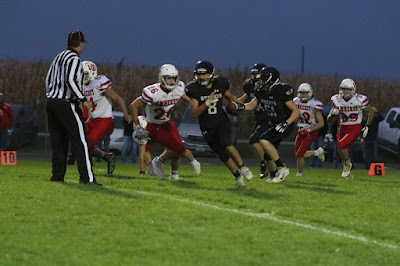 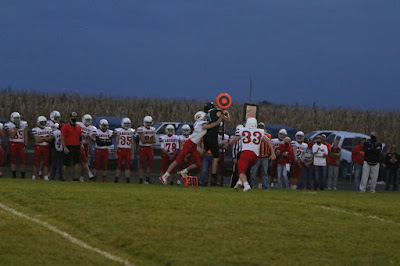 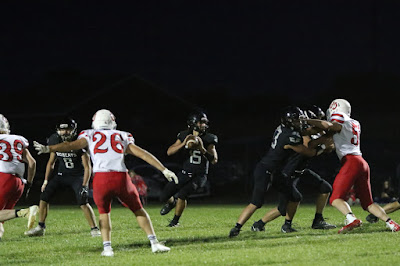 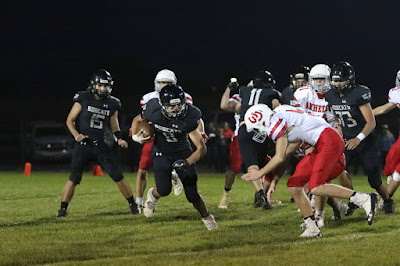 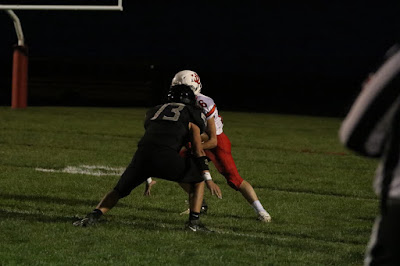 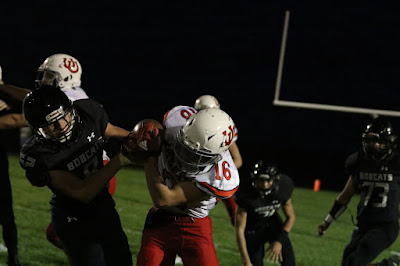