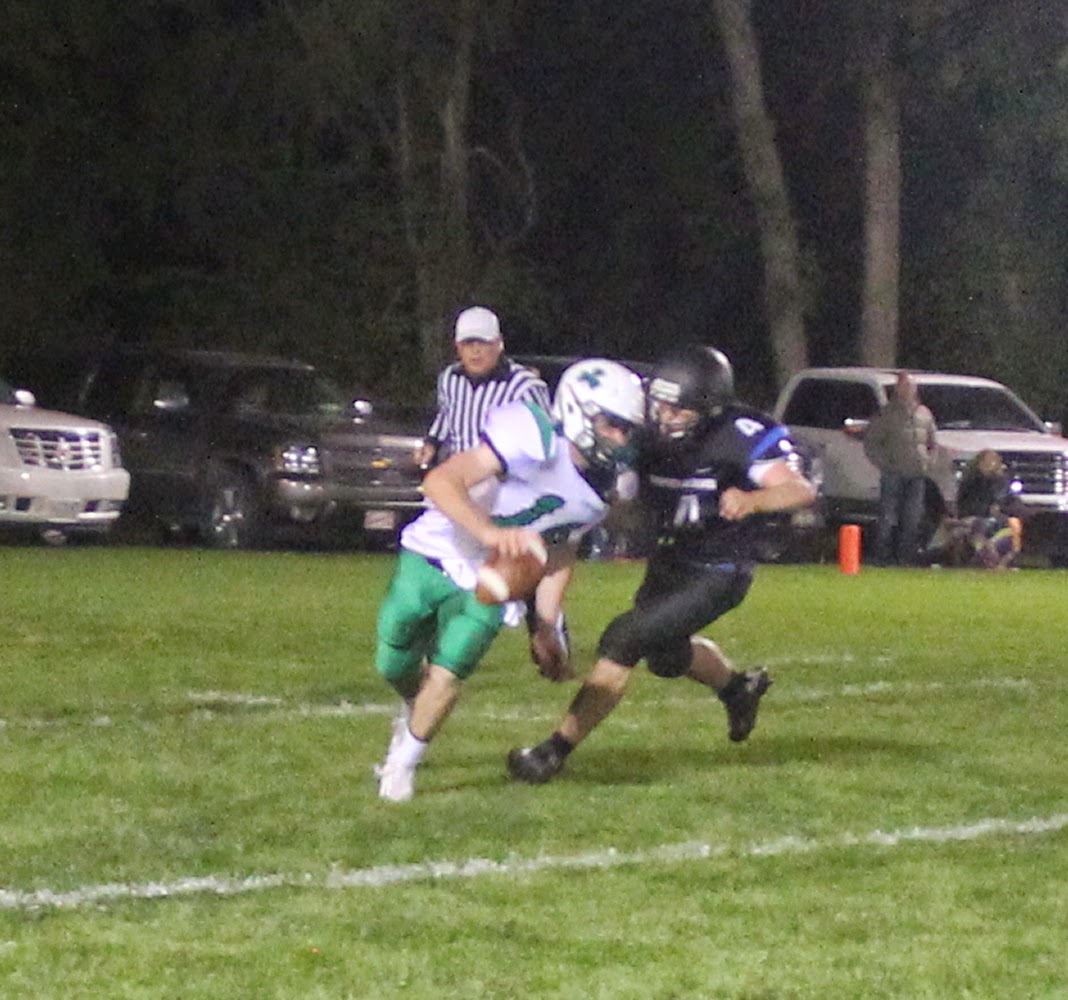 #4 Jarrett Maxson had quite a game.  He caught two Zeleny passes for touchdowns and made a huge stop on the Irish, 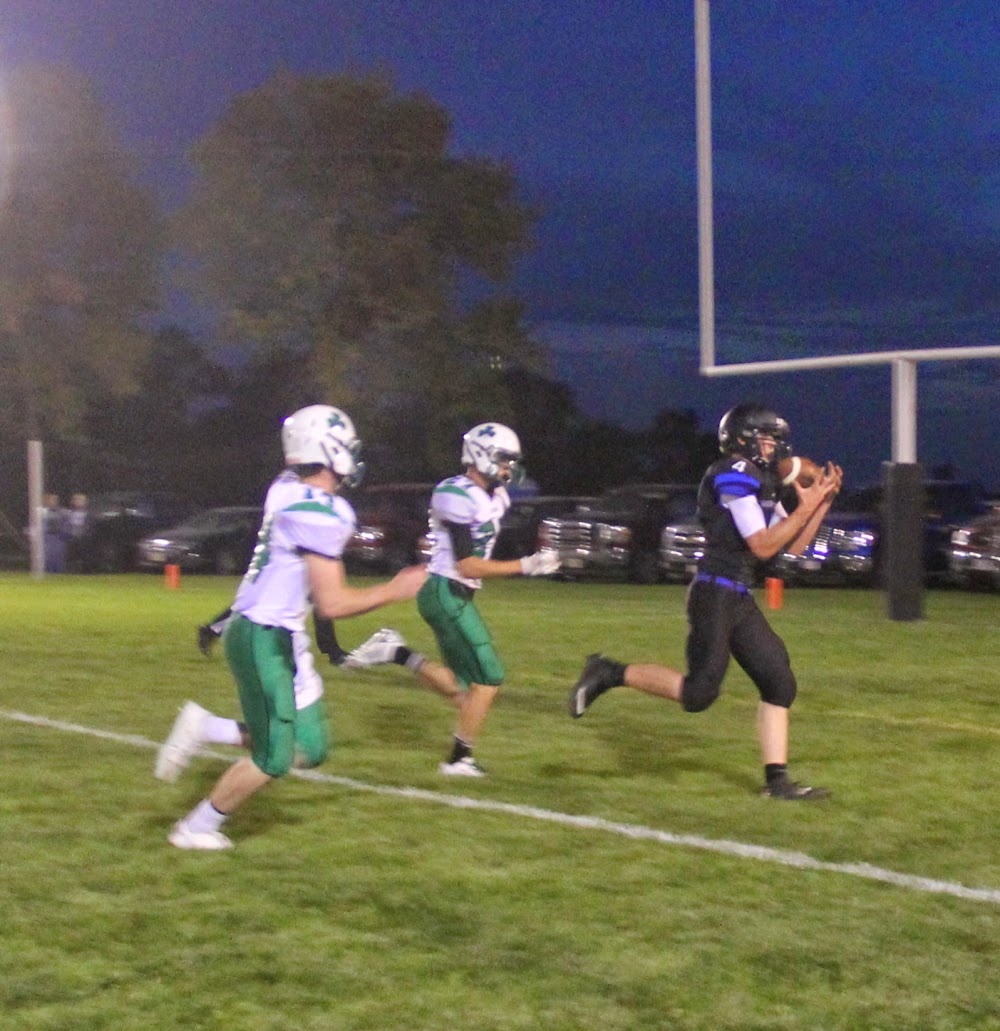 #34 had no chance with Exeter-Milligan #3 Sam Zeleny and #36 Dalton Zelenka. 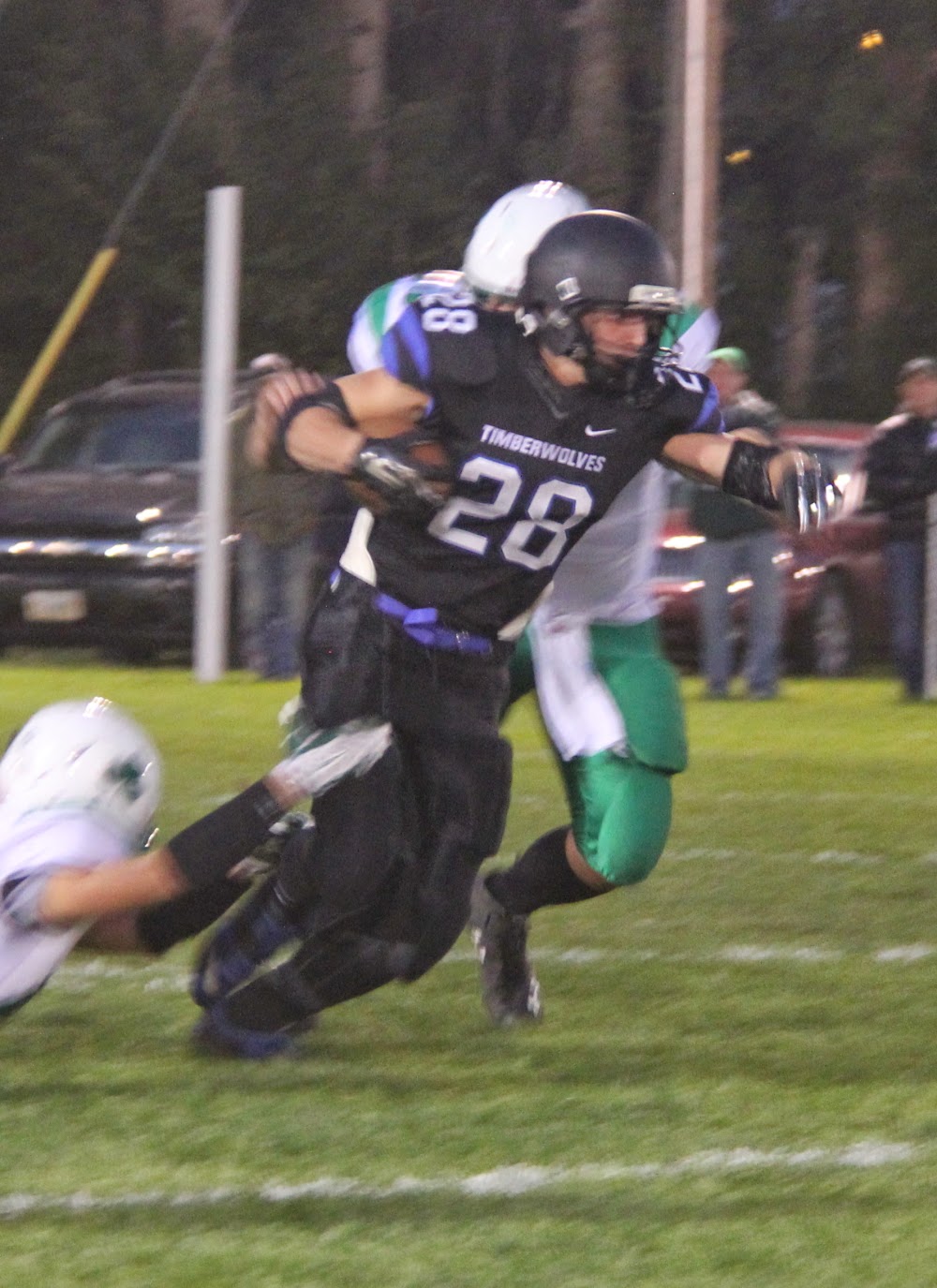 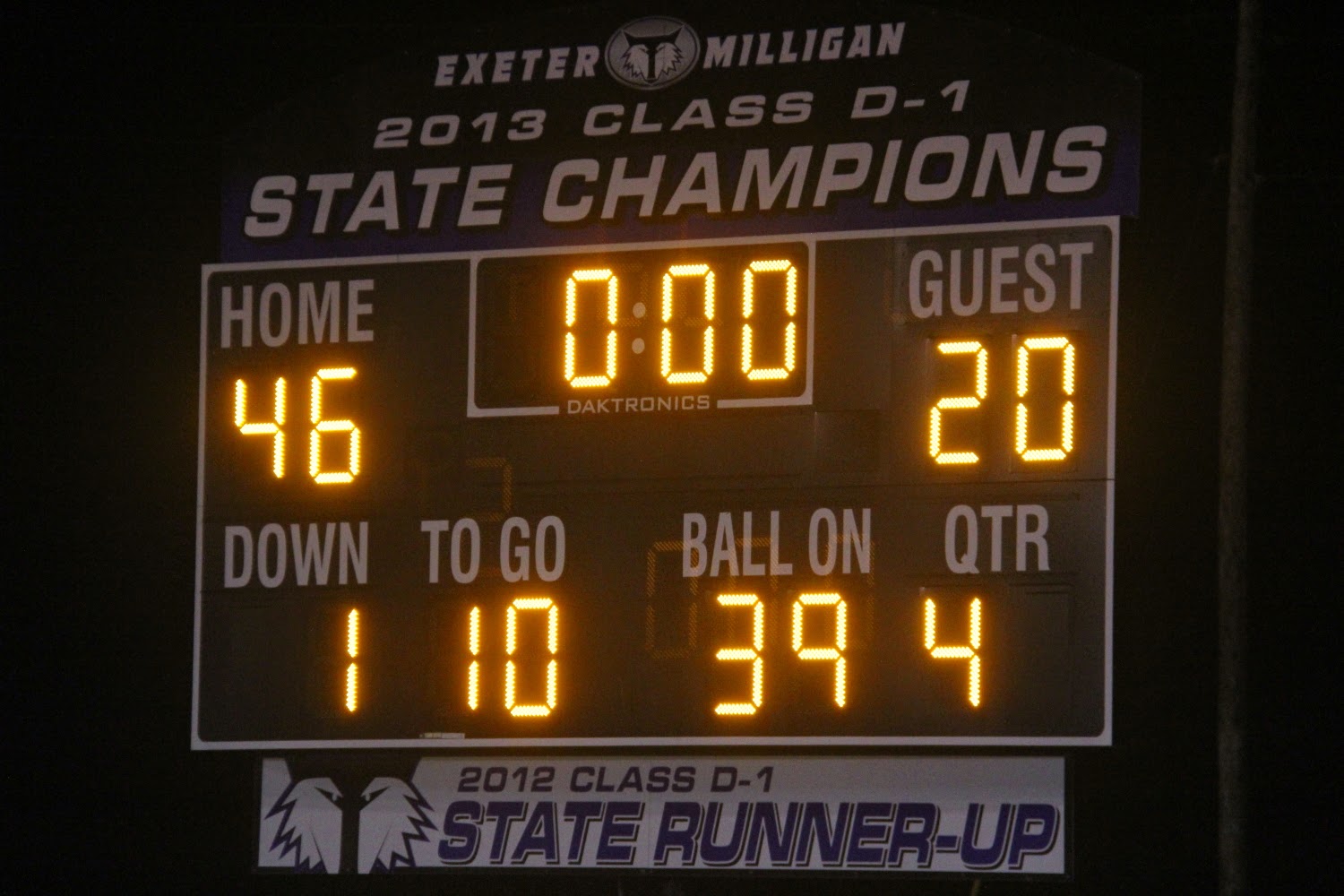 The #2 Timberwolves will be hosting #1 Falls City Sacred Heart tonight in Milligan.  If you can't make it to see them live then fire up your radio to 1230 AM KTNC for a live broadcast.  Or, you can listen online here

GO TIMBERWOLVES!!!!
Posted by Leesa Bartu at 1:50 PM No comments:


Attention bargain hunters! The Exeter Public Library is starting a monthly “coupon swap”. Bring current, unused coupons to the library for exchange: drop by, leave some, and take some!
The library’s monthly swaps are on the 3rd Monday of the month from 2 p.m. – 5 p.m. The first swap is Monday Oct. 20, 2 – 5 p.m.
Be sure to find out what your favorite stores’ coupon policies are, such as types of coupons accepted.
Questions? Call the library at 402-266-3031, or visit the Exeter Public Library’s Facebook page: https://www.facebook.com/ExeterLibraryNebraska

People can now drop off Box Tops for Education and “Our Family” labels (bar codes) at the Exeter Public Library. The donations will be directed towards Exeter-Milligan Public Schools. The library is open Monday, Wednesday and Friday 8 a.m. – 5 p.m. (closed over the noon hour). The library is also open Saturday 9 a.m. – noon.
Posted by Leesa Bartu at 5:19 PM No comments:

Click here to watch a video of Bryce Kassik and his families history in announcing the Exeter-Milligan football.
Posted by Leesa Bartu at 7:30 AM No comments:

(September 12, 2014) York, NE. – Perennial Public Power District’s board of directors recently voted to partner with Bluestem Energy Solutions out of Omaha, NE to study and develop a potential wind energy project within Perennial’s service area.  Perennial’s current wholesale power contract with the Nebraska Public Power District allows Perennial to generate a portion of its energy from a renewable energy resource. “Because our NPPD contract allows us this option, we feel it is worth looking into the details and identify any benefits for our ratepayers. Potential benefits include: financial savings, economic development activity within the district and adding some renewable energy to our current portfolio”, says General Manager Jamey Pankoke.
The proposed project would be located within Perennial’s service territory. There are numerous factors that go into choosing the specific site which include the terrain of the land, environmental concerns and characteristics of the wind resource.
“Today’s utility industry faces many new risks and unknowns. Due to increased regulation of coal and nuclear facilities, transmission security, water usage in regards to electric generation, global commodity fluctuation, new fuel sources, changing models, new customer demands, environmental concerns, rising prices and many more, we feel that some local generation may offer Perennial and its rate payers some certainty, security and stability for the future. This project would also pay property taxes, land owner lease payments and provide new economic activity for years to come”, states Pankoke.
According to the American Wind Energy Association electricity generated from new turbine technology installed in the last five years has grown at a rate of 200 percent. Increased performance, production and reliability are the result of technology innovation and operational improvements, which has effectively driven down the costs while offering a better product. “The wind industry appears to have continued to provide more reliable technology at better prices. Based on the market data we are seeing this appears to be a responsible time for Perennial Power to enter into the wind industry”, says Pankoke.
The development period will go through the end of this year. Perennial should have the data they need to make any final decisions as to whether or not to go forward with the wind project by the spring of 2015.
Perennial Public Power District is a Nebraska rural electric utility system that serves York and Fillmore Counties in south central Nebraska. Organized in 1938, Perennial PPD provides service to more than 8000 electric meters and maintains over 2000 miles of transmission and distribution power lines. Perennial PPD also serves several villages including Benedict, Exeter, Grafton, Gresham, Henderson, Lushton, McCool Junction, Milligan, Ohiowa, Strang, Thayer and Waco. To learn more, visit www.perennialpower.com.
Posted by Leesa Bartu at 7:30 AM No comments: 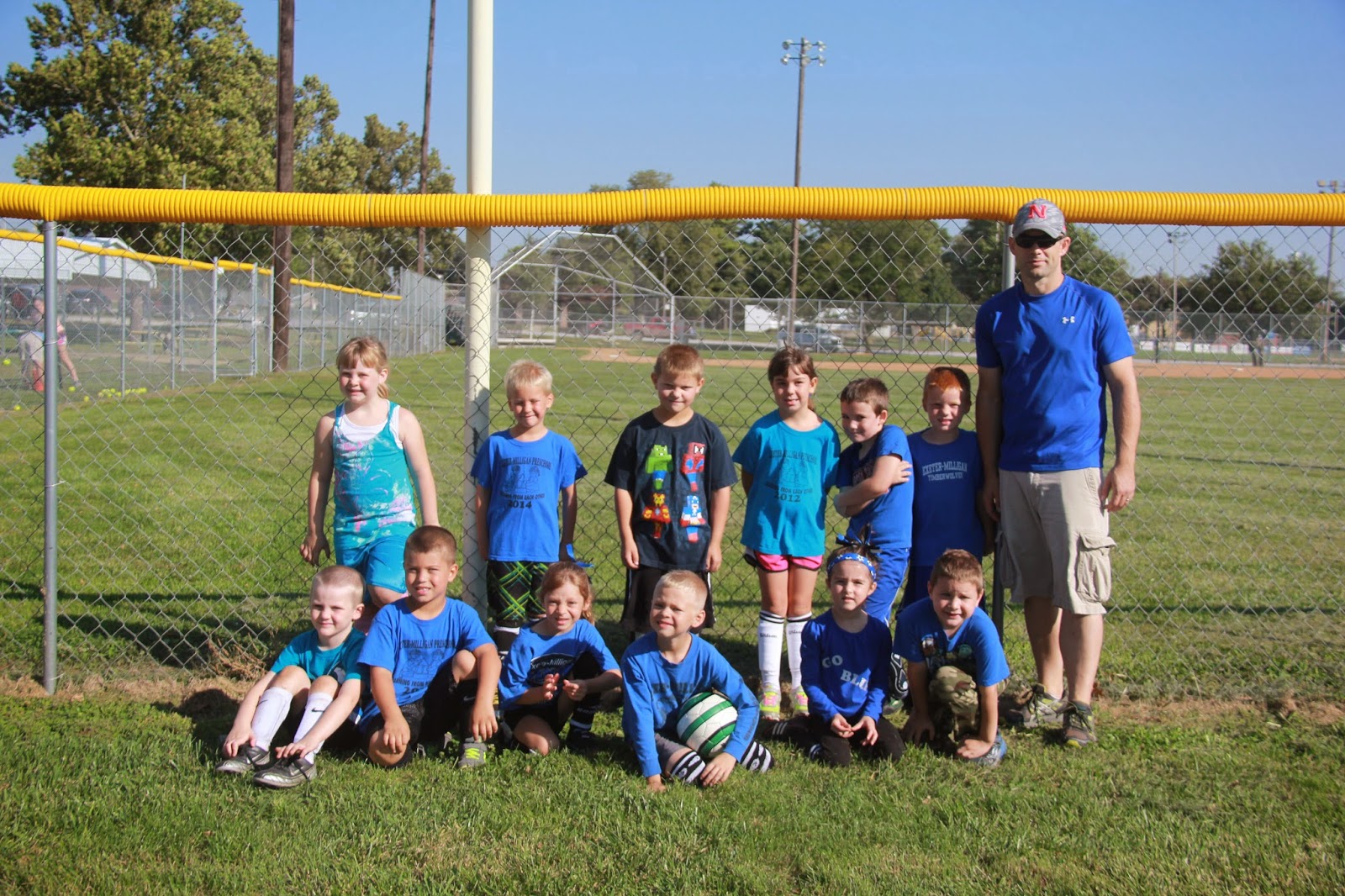 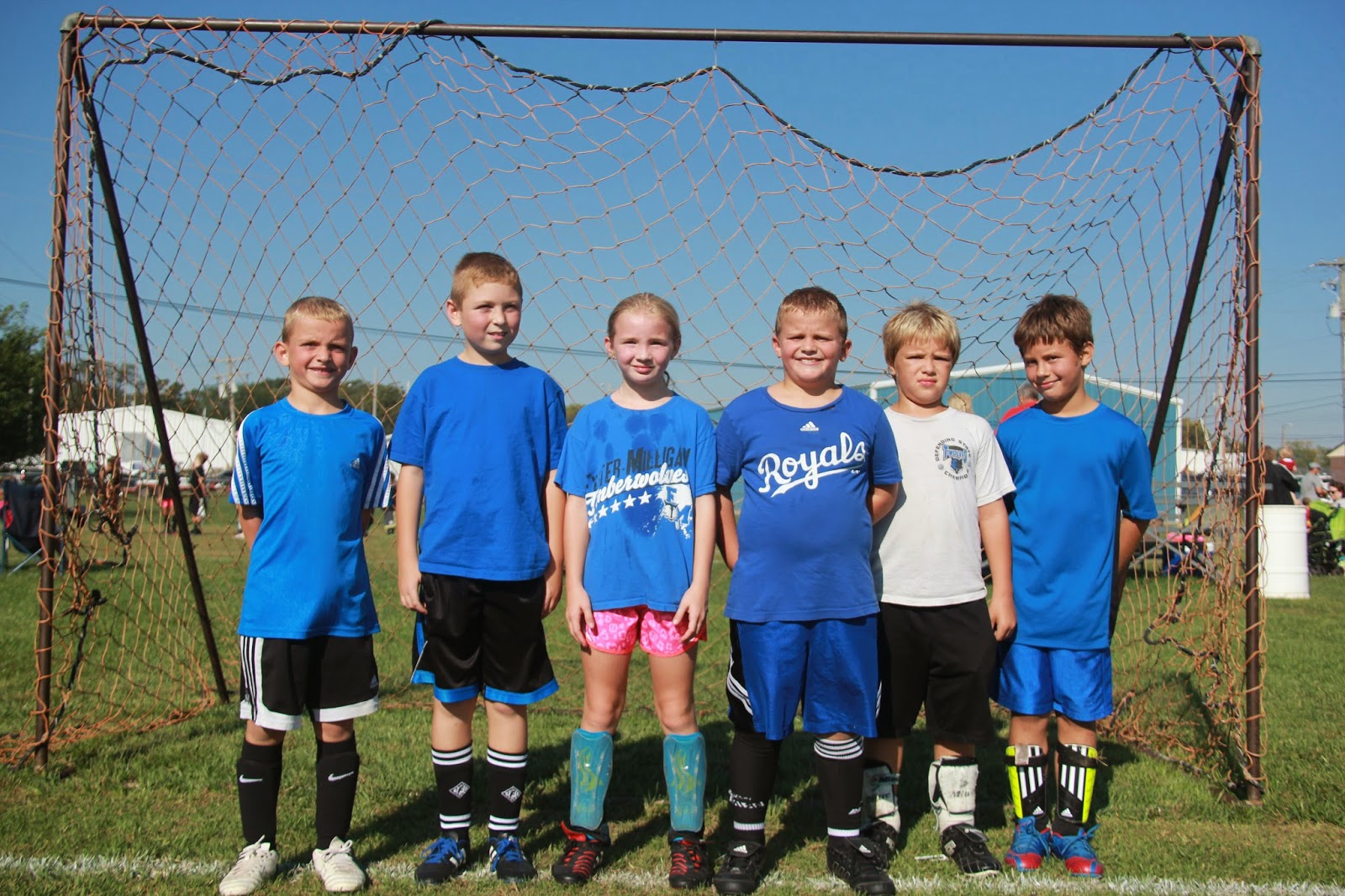 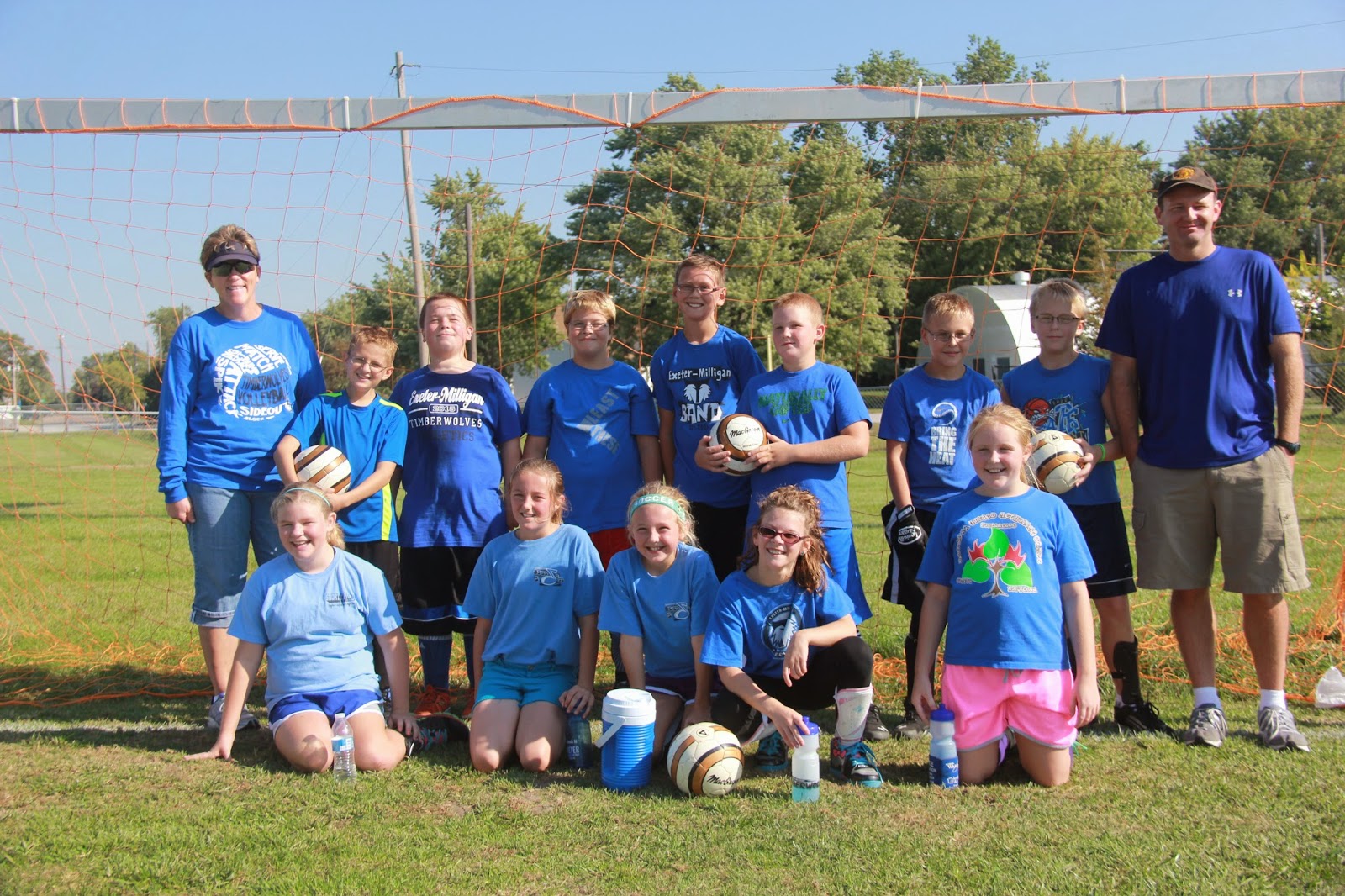