NSAA Academic All State One Act

Exeter-Milligan students recognized for Academic All-State in One Act:
Clint Oldehoeft
Jaiden Papik
Posted by Leesa Bartu at 7:30 AM No comments: 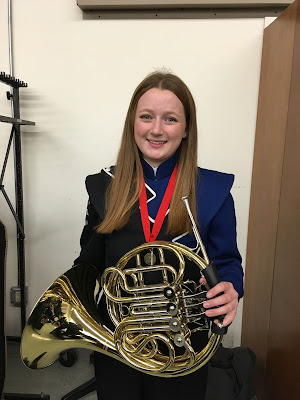 All-State 2017
Each year, approximately 3000 of the best high school musicians in the state audition for the Nebraska All-State Band, Chorus, Jazz Band and Orchestra which are sponsored by the Nebraska Music Educators Association. Selection as a member of one of these groups is one of the highest music honors attainable in Nebraska. Caitlin Murphy, a French horn player from Exeter-Milligan High School, was among the 165 students selected to be a part of the 2017 All-State Band. Guest conductor for the group was  Dr.Erica J. Neidlinger, she is Associate Professor and conductor of the Wind Symphony at DePaul University.  The all-state band rehearsed November 16-18, on the University of Nebraska-Lincoln campus, the host site of the 2016 NMEA Conference/ Clinic. The final public concert was held on Saturday, November 18th at the Lied Center for the Performing Arts on the University of Nebraska-Lincoln campus. 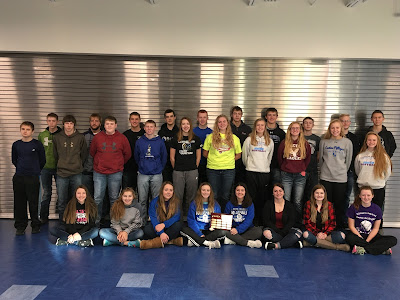 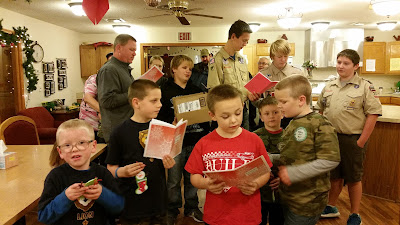 Exeter Cub Scout Pack 218 joined Exeter Boy Scout Troop 218 and all of their parents to carol at Fairview Manor in Fairmont.  The Cub Scouts passed out decorations they had made for the residents.  The Boy Scouts also caroled at Heritage Crossings in Geneva.  Pictured in the front from the left are Axel Erdkamp, Crosby Oldehoeft, Richard Hickman, Levi Jurgensen, Deacon Erdkamp.  Behind from the left are Will Yokel, Mikey Bartu, Clint Oldehoeft, Braden Capek, and Tyler Sysel.
Posted by Leesa Bartu at 7:30 AM No comments:


AND OF COURSE - STATE CHAMPIONS! 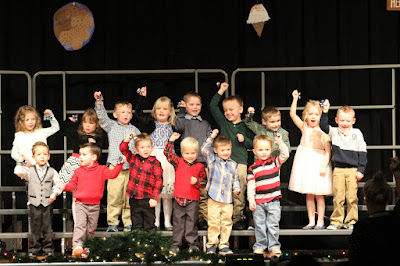 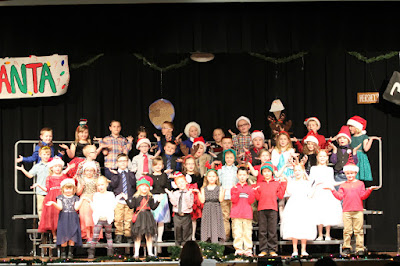 Above and below -  The Kindergarten, First and Second graders sing about sleeping in their beds when Santa surprises them and smashes their bed.  During the song they ask how much Santa weighs. 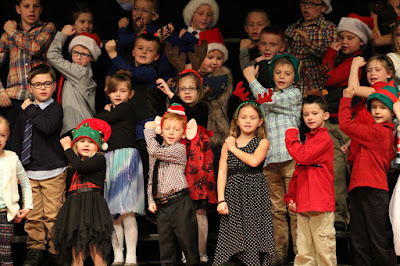 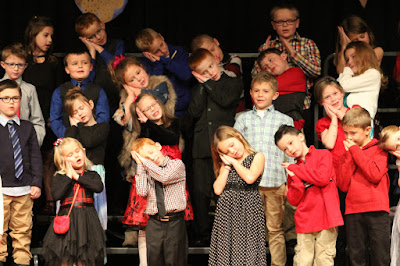 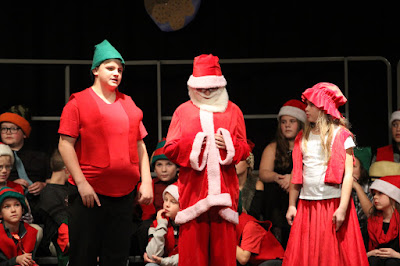 The Exeter-Milligan third through sixth grade classes performed “Shapin’ Up Santa,” about the issues with Santa’s weight gain especially when it comes to getting stuck in chimney’s.  Hughie, Santa’s head elf (Andrew Vavra), takes off Santa’s hat to reveal another hiding spot for treats.  Santa (Troy Kallhoff) and Mrs. Santa (Kierra Papik)have to figure out how to change Santa’s ways. 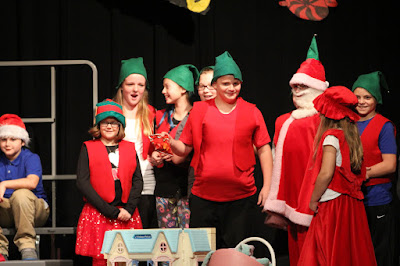 Above and below - Doritos in the dollhouse, cookies in the car seat and twinkies were found under Santa's hat. 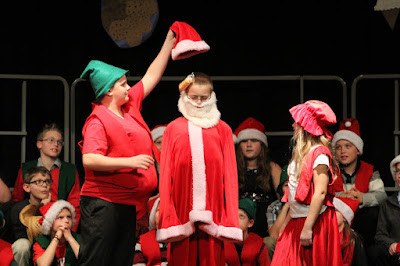 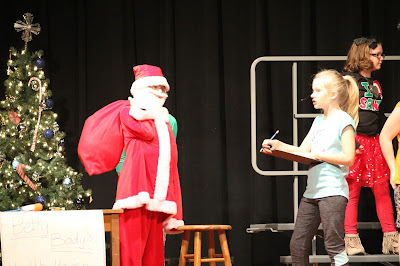 Betty (Savana Krupicka) from Betty Body's Health Haven gets ready to give Santa a plan for his stay in her weight loss clinic. 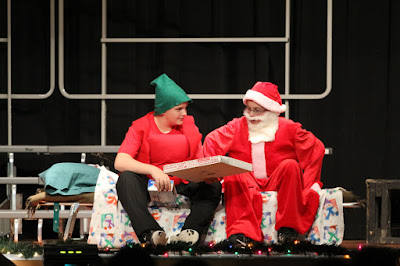 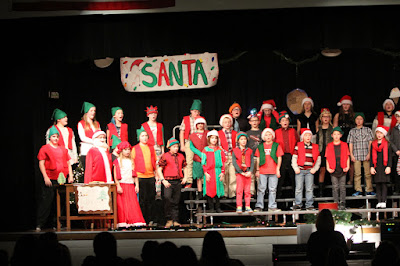 The Exeter-Milligan third through sixth graders sing about love at Christmas.


The Exeter-Milligan elementary students held their Kindergarten through sixth grade Christmas program on Thursday, December 14 in the Exeter gymnasium.

The evening opened with the third and fourth graders performing “O Whacky Christmas Tree” on their boomwhackers.  Fifth grade was up next performing as a band, “First Christmas March.”  They were then joined by the sixth grade band to present “Christmas Cheer.”

The final band number was “A Dash of Christmas,” by the sixth grade band.

The audience attention was directed to the stage where the TYKE preschool students performed “Ring the Bells,” “Snowman Song,” and “We Wish You A Merry Christmas.”

Next on the stage were the Kindergarten, first and second graders who thrilled the crowd were their adorable renditions of “I Want To Be An Elf,” “Must Be Santa,” “Red and Green,” “Decorate the Tree,” and “Santa Claus, Santa Claus.”

The third through sixth grade performed the musical, “Shapin’ Up Santa” which was the story of Santa’s trial and error to get fit after his belly got stuck in someone’s chimney on Christmas Eve.

Hughie first reveals all of Santa’s hiding spots for food but then when Santa is enrolled at the very strict fitness camp, he brings Santa pizza and goodies.  Finally they all realize that being skinny isn’t what it is all about.  The moral that the elves and the Claus’ learn along with the fitness students is, as they sing, “Love is What It’s Really All About.”

Students and their families and guests were invited to a Christmas tea in the commons after the program.