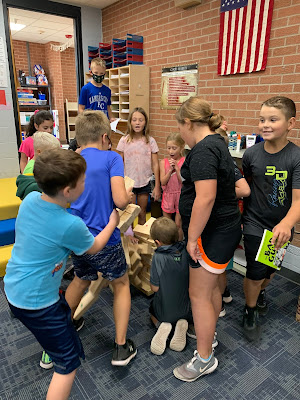 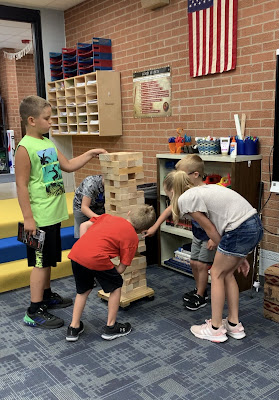 Jenga when they bring back a book they have checked out. Getting books in

the hands of students has always been our goal and this has worked well. The

the colored sticker on that block. The excitement and smiles are priceless.

Exeter Tiger Cubs, Wolf and Bear Cubs spent their evening learning all about recycling.  They walked around downtown and picked up trash before heading to the recycling trailer and recycling any items they picked up that were recyclable.  Upon returning to their meeting location they made useful items out of recycled items.

Fillmore County Hospital held an Open House on Saturday, September 24 at their new facility under construction.

Stanley Rhodes has worked 1,450 auctions as a ringman and clerk and just recently decided to permanently park his clerking trailer. Starting in 1959 Stanley began working with Engvert Larsen in the auction business.

Exeter Hires a Trio of Librarians 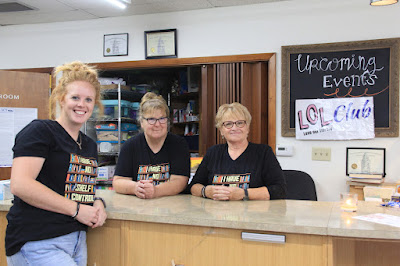 The new trio of librarians in Exeter are (L-R) Sara Pella, Cindy Markowski and Pat Sudrla.

The Exeter Public Library held their fall kick off for their new LOL (Love our Library) club on Thursday afternoon.

The project, initiated by the three new librarians, was dubbed a success.  With 26 kids, from preschool to fifth grade, and a few extra adults to help, the event went smoothly.

Then there was a maker space area, a s’more station outside and of course books to discover along with Storybook park outside.

The new librarians plan to hold the club every Monday through Thursday from after school until five p.m.  “We will have homework help available, a snack, maker space items available or they can read or check out a book,” according to one of the trio, Pat Sudrla.

The librarians plan to have a bigger club event once a month.

According to the new librarians, former librarian Lynette Trauger was a hard act to follow.  She and her husband moved and she decided to relinquish the position.  Sudrla, along with Sara Pella and Cindy Markowski decided to share the position. Sudrla claimed, “It took three of us to replace Lynette.”

Right now Sudrla and Pella are taking turns running the desk to keep the library open while Markowski takes coursework to become accredited and fills in as needed.  They are open from 10-5 Monday through Thursday.

“We are keeping a tally of who is coming in between 10 and 5 so we can adjust our hours to the community needs,” explained Pella.

They list as their goals “getting the community more involved,” according Markowski.

Pella added that they, “want to make the library accessible for all ages.”

“Making the library a viable part of the community,” was Sudrla’s answer.

To accomplish those goals the group is starting with their LOL club.  They hope to add a ladies night out, pop with a cop, and a book share club.

They will build on Trauger’s success with Trunk or Treat downtown and plan to hold the event on Halloween from 4:30 – 6:30 p.m.

Trauger also applied for a technology grant and the library is in the process of adding two iPads to their inventory.  They have begun posting regularly on social media to keep the community informed.

They have been thrilled with how their new collaboration has worked, “It's been great bouncing ideas off of each other,” explained Pella.

Markowski added, “It’s amazing how it works . We didn't want to lose our library. It's a gold mine, really.” 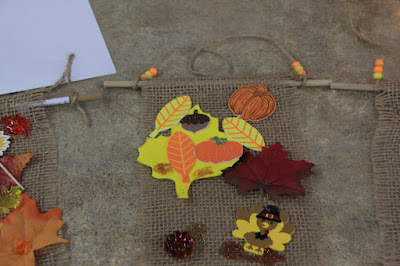 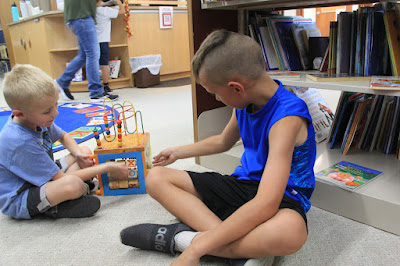 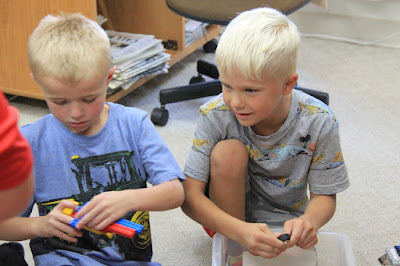 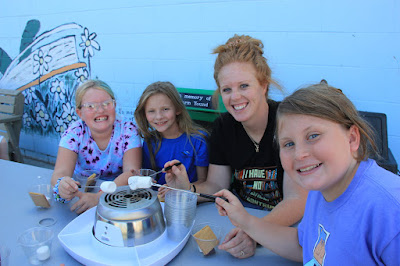 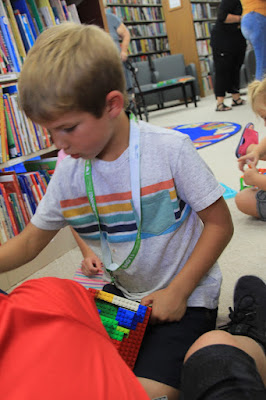 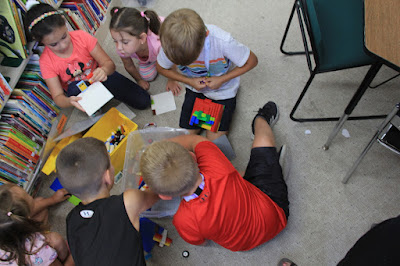 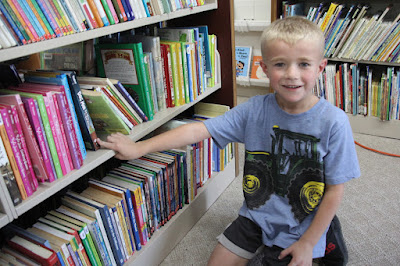 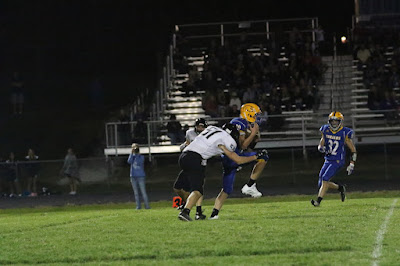 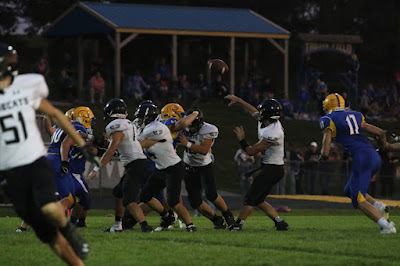 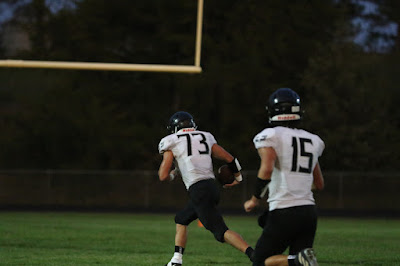 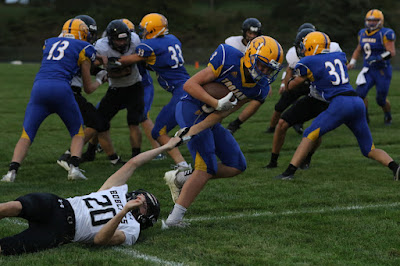 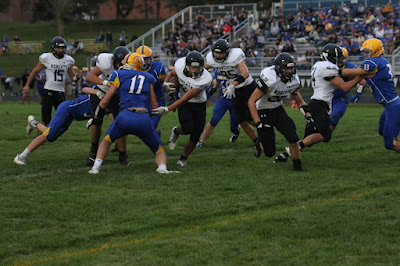 After losing to Tri County last year the Bobcat fans were a little leery of what they might meet in DeWitt.

However, the fans had no reason to worry as the Exeter-Milligan/Friend team was well prepared to take on the Trojans.

With 7:25 left in the first quarter EMF whittled away at the yards and put eight points on the board.  After a big pass to Svec for a first down, Schluter carried in for six and Weber kept the ball for two. 8-0

Tri-County went three and out and decides to fake the punt.  EMF was prepared and JB Drake creamed the Trojan ball carrier.  EMF takes over on downs and their first down is a perfect pass to Chase Svehla from Christian Weber.  Svehla was into the end zone and Weber runs in the 2  with 256 left in quarter 16 to 0.

The Bobcats never did punt the ball with the next TD before the first minute of the second quarter was over.  Schluter got loose and ran the ball with Weber taking in the two point. 24-0

Tri County decided to test their passing game and Peyton Pribyl intercepted at the 20 but the TD was called back for a penalty.  Another penalty drives the Bobcats to 1st and 29 but they come clawing back and score with Schulter running in and Weber pass to Svec for 2. 32 to 0.

The Trojans were not fans of Schluter's as he found another hole in their defense and went 50 plus yards to the end zone.  Weber got the two point conversion and the Bobcats were up 40-0

With 22 seconds left in the half Tri County capitalizes effectively on a roughing the passer penalty and finds the end zone 48-8 at the half.

JB Drake took a turn in the end zone fighting hard to put the ball over the line for six.  The two point was stopped with 4:47 in the third quarter 52-8.

Schuter scores again but called back for holding but the very next play he is back in from 25 yards out.  Two point stopped End of the third quarter 58-8 with a running clock.

The EMF reserves tacked on another score with 2:12 left in the game for a final of 64-8. 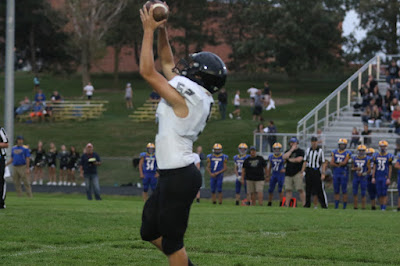 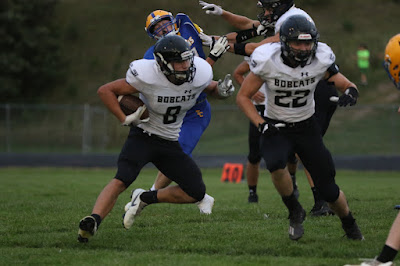 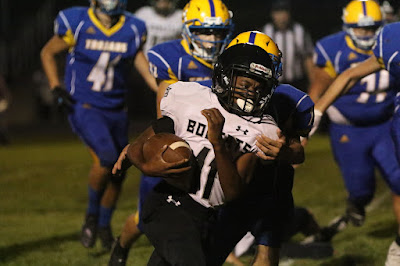 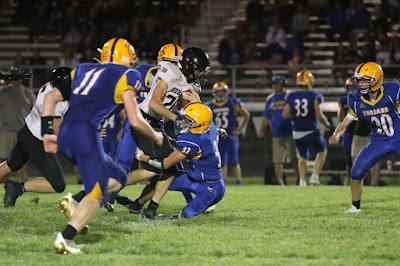 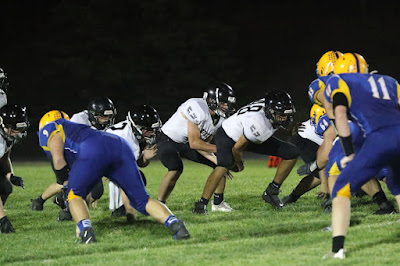 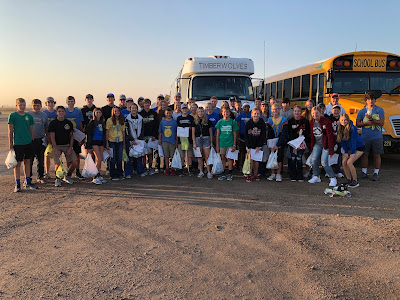 On September 15th, 44 members made the trek to Grand Island and had the opportunity to attend Husker Harvest Days. Each member that attended brought 5 non-perishable food items with them to donate to the United Way to gain free entry to the farm show. The EMF Chapter donated a total of 222 pounds of food to the program. While attending the event, members completed a scavenger hunt created by UNL to help members engaged with different companies across the different programs of study within the agriculture subject. Members visited with companies about specific questions given to them on the scavenger hunt and then took a photo with the company and tagged the company in a social media post. Once members were done, they were issued a free t-shirt from UNL for completing the scavenger hunt.

Members were able to see autonomous equipment being demonstrated in the field, drone swarm applications and various pieces of new equipment to be used both with the farm and animal operations. We had a great time seeing all of the new equipment and it was great to get members back out to events.