Mary Johnson and Patt Lentfer of the Fillmore County Development Corporation joined other rural Nebraskans at the Governor’s Conference on Rural Development in Kearney on November 19th. The theme of the conference was “Rethinking Strategy for sustainable Communities.”
Keynote speaker for the event was William Taylor, founding editor of Fast Company and co-author of Mavericks at Work. He suggested that as an entrepreneur you can’t do big things if you’re content with doing things a little different or a little better from everyone else. A business has to be and do something special. Originality has become the acid test of strategy.
Other sessions throughout the day were grouped by community, business, technology, resources and the economy, and youth. The sessions focused on such things as volunteer leadership, growing jobs, industries, and talent, getting found online, a review of USDA Rural Development programs, and connecting youth to their community through entrepreneurship.
The NCIP (Nebraska Community Improvement Program) awards were presented at the evening banquet. The City of Geneva was a recipient of a special award for the Secret Garden project under the Parks, Recreation & Environmental Awareness, Class III division. 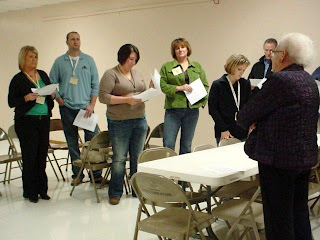 FILLMORE COUNTY - The Odegeo…Leadership for Fillmore County class attended a Government-Power of the People session at Heritage Crossings, November 16, 2010.
The class was welcomed by Geneva’s Mayor Rod Norrie. County Supervisor, Bob Mueller talked about county government and Kyle Svec talked about the government of a second class city. A panel discussion was held and included village clerks from Exeter, Fairmont, Geneva, Milligan, Ohiowa and Shickley.
Svec Farms provided rolls and coffee for the morning break.
Eric Williams, VA Administrator, talked to the group on Veterans Affairs. Donna Mainwaring, Emergency Manager/Zoning, also visited with the group. The quest speaker for the morning was Senator Russ Karpisek. Several guests were also present to hear the Senator speak about our state government.
Lunch of pizza and salad were provided by the Bruning State bank for the class participants.
To start the afternoon the group traveled to the Court House where Amy Nelson, Joan Ackland and President Fillmore gave the group a tour including a tour of the clock tower.
Heading back to the Heritage Crossings, Beth Boesch from NPPD, Randy Prior, Saline County Extension, and Gina Hudson, a member of Thayer County wind energy group held a Wind Energy panel discussion
The group traveled to the Fillmore County Fairgrounds, where Mussman Farms provided cookies and drinks. Marilyn Christiancy gave the history of the fairgrounds. Deb Hoarty and Russ Mussman, Fair Board members, took the group on a tour of the fairgrounds
The leadership group traveled back to the Heritage Crossing to hear a panel discussion from the county school board members.
The December session of the ODEGEO class will focus on Education. 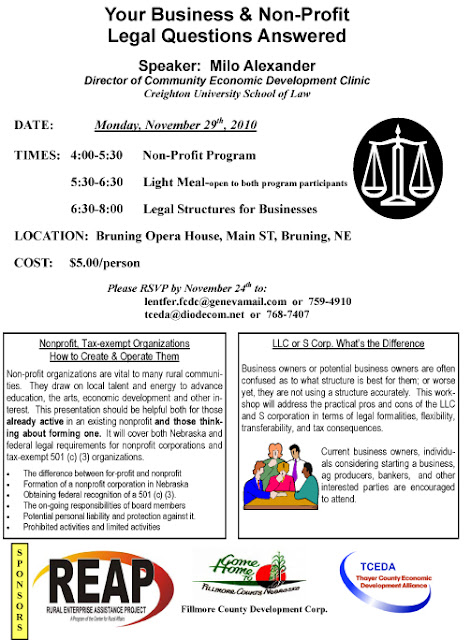 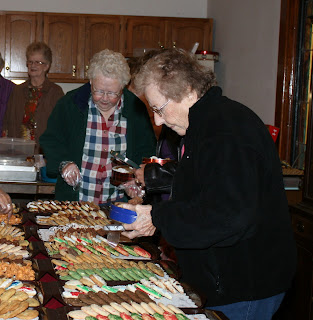 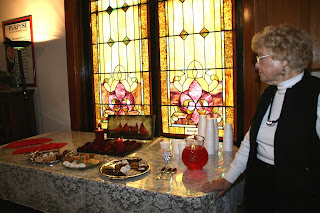 Loryne Moore is the hostess at the coffee and cookie table. 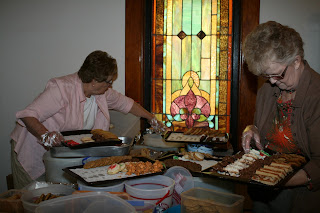 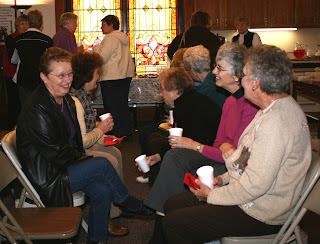 With coffee and cookies consumed these ladies are enjoying some fellowship at the United Methodist Women Cookie Walk. 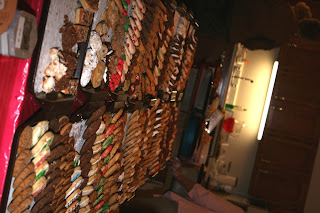 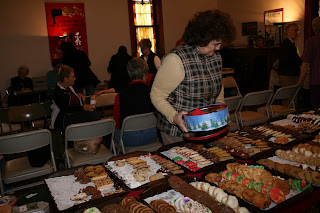 Irene Brekke fills her tin with cookies at the Exeter United Methodist Women Cookie Walk.
Walking is supposed to be good for you so a cookie walk has to be good for you too, right?
The Exeter United Methodist Women hosted their Annual Cookie Walk and Fruit and Nut Sale in the Memorial Room of the church on Thursday morning.  They welcomed everyone and served punch, coffee and cookies.
There were a variety of beautiful cookies for both Thanksgiving and Christmas available to load up in their holiday themed tins.  Members of the church each made 12 dozen cookies for the event which usually sells out in the first hour.
Part of the morning's events is a time of fellowship as coffee and cookies are consumed and visiting commences. It's a quick respite before preparations for the holidays are started. 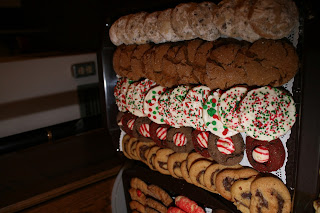