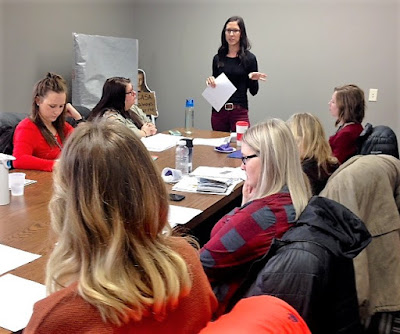 Jennifer Slezak, Zoning Administrator,  talking to the students on how zoning works in Fillmore County.

FILLMORE COUNTY - The Odegeo…Leadership for Fillmore County class attended the “Government-Power of the People” November 20, 2018.

The class toured the Fillmore County East building and saw the lay-out of the many offices there. Jennifer Slezak, Zoning Administrator, gave the tour of the facility and told how zoning works in Fillmore County.

Following that the group learned about NRD with Mike Onnen, manager of the  Little Blue Natural Resource district.  Craig Vincent, an Account Manager of Nebraska Public Power District (NPPD), explained about public power and how that differs from other states.  He also talked about changes in power sources and how more of it is renewable.

In the afternoon the group traveled to the Fillmore County Courthouse where President Fillmore greeted the group. Patt Lentfer, FCDC Executive Director, briefly outlined why have an economic development organization at  the local level and how it works with the regional and state levels of economic groups.

Jim Dunker, Emergency Management Manager, and Fillmore County officials Amy Nelson, Clerk, Lynn Mussman, Assessor, and Barbara Trapp, Treasurer, told about their offices and the duties for which they are responsible.

A school board panel consisting of Local school board members Randy Kleinschmidt from Fillmore Central and Chris Swartzendruber from Shickley provided information about how schools are run and the role of the board members in working with the administrators and the community.

Persons interested in learning more about Odegeo…Leadership for Fillmore County may contact the Development Corporation at 759-4910,  email fcdcdirector@genevamail.com  or go to www.fillmorecountydevelopment.org
Posted by Leesa Bartu at 7:30 AM No comments: 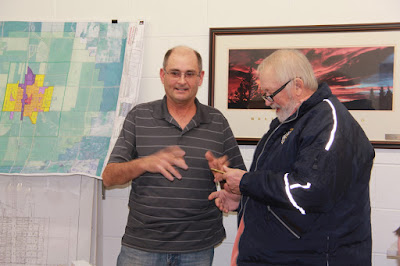 Alan Michl (left) thanks retiring board member Tim Wilbeck (above) and welcomes newly elected board member Jim Anderson (below). 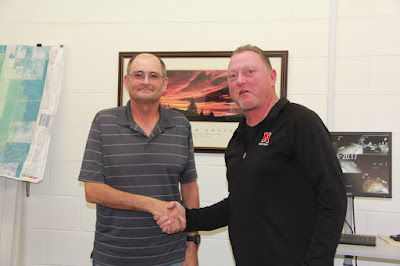 The board closed then meeting and thanked exiting board member Tim Wilbeck.  Chairman Alan Michl gave Wilbeck the key to the village along with a gift.

With the meeting reopened it was time to elect board positions.  Michl retained the position of Chair and Harre was elected Vice Chair.

Rescue Captain Hope Strate was first on the agenda speaking on behalf of the fire department.  “In the last ten years our EMT numbers have dropped to just 10 and we are struggling with (having members respond during) daytime hours. I have seven department members who are willing to take the EMT course which is offered online now.”

Strate discussed the cost of the course which is 1200.00 with the book.  She noted, “The State has reimbursement available and we could get 50-60% back.”

Board member Kathy Erdkamp asked, “What do you think the consequences would be if they don’t pass?”

Strate reassured the board that as a prior EMT course teacher, “I would meet with them once a week to review. We need youth . . .we need others to get five or six years under their belt before I can retire.”

The board discussed some of the other course requirements which include a drug screen, Hepatitis shots and flu shot.

Strate responded, “I think probationary period would be a great idea for any new EMT’s. I want success  and we need people.”

Michl added, “ If they are willing to take the class that is the first battle.  I don’t want to put the pressure on them that they would have to pay for the class if they don’t pass.”

The board confirmed that they would cover the cost for those willing to take the course.

Wilshusen noted that there were “about $12,000 additions for all of the streets.  On a 1.1 million dollar project that’s not too bad.”

It was noted that the crushing of the concrete will happen in a few months. This will not be paid for until it is completed.  Wilshusen explained that it was added to the pay order, “We did this so you could lock in your bond and your interest rates.  This way JEO can go on with the assessment process.. .that is the game plan.”

He also noted that there would be a few homeowners that asked for some extra work done and the village will be in charge of billing for that.  The board discussed what will happen next in the process for assessment on the new concrete.

The board also approved the downtown project substantial completion and the change order.  The additional cost on the project was $15453 due to a larger water valve that was installed and extra reinforcing metal that had to be inserted when connecting some of the water service for downtown businesses.

Shawn Gray, an officer with the Friend Police Department, has been patrolling the village of Exeter.  He gave a brief report at the meeting.  He noted that he has contacted several residents who are parking on the wrong side of the street and also notified a resident for improper disposal of trash.

Several board members expressed their appreciation for his presence patrolling the community.

There was a discussion of the number of hours the board wants to pay for an officer each week.

Village Maintenance Supervisor John Mueller reported that the swimming pool needs painted.  The board approved having the entire pool painted.  He added that the wells have been tested and the pumps were good.

The board discussed the issue of snow removal and reviewed some guidelines.

Clerk Becky Erdkamp reported that sales tax was a little down this month at $6754.25 for September and Keno was for October was $601.41.  She added that the auditors will be in the office on Dec. 12.

Michl added that with the construction projects finished up, after the first of the year he hopes that the board can focus on some of the neglected properties in the community.

The board set the Jan meeting  for Monday, Jan 7. 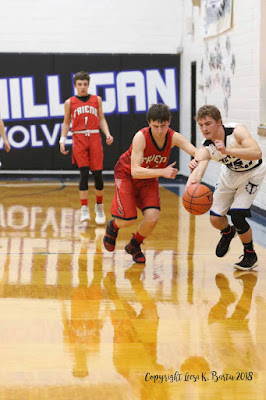 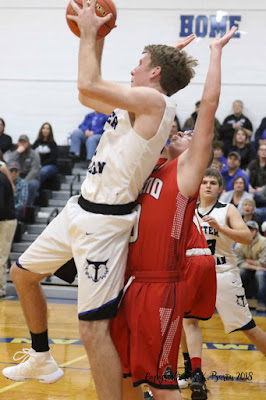 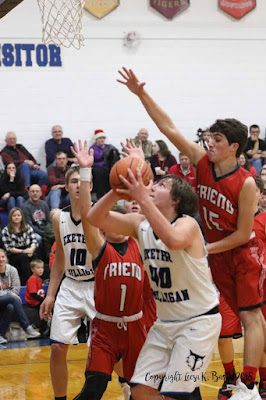 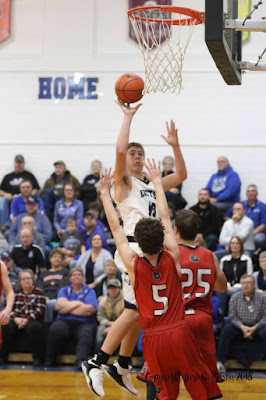 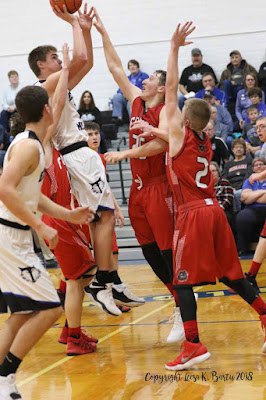 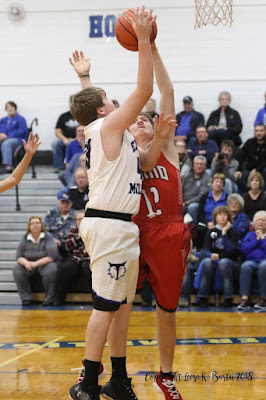 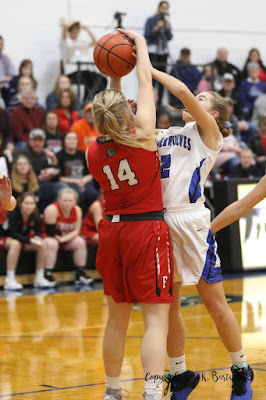 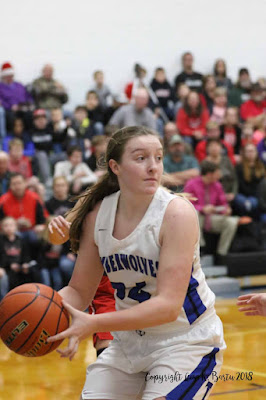 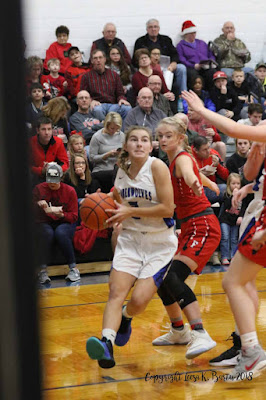 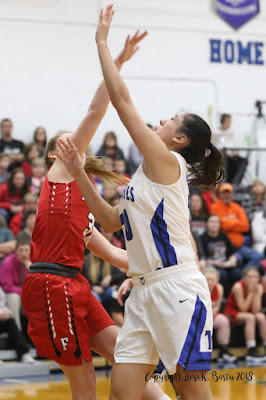 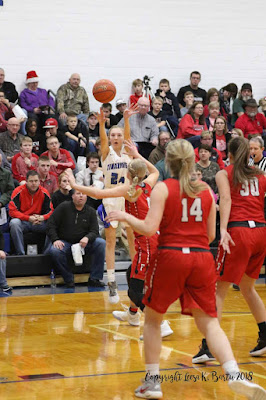 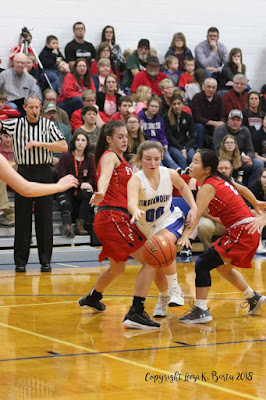 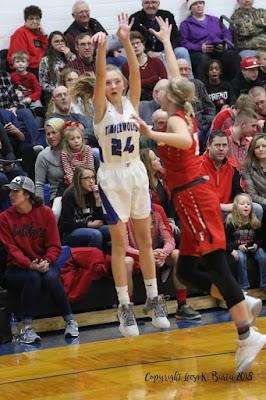 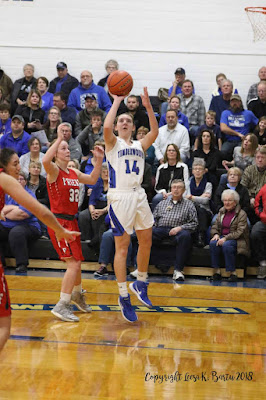 Susan Lynch, who is a Geneva native, was named the new Executive Director of the Fillmore County Development Corporation.  She will start her duties the first of December.

Lynch graduated from Geneva High School and then earned a Bachelor Degree in Marketing and a Masters Degree in Business Administration from Bellevue University.  She spent 20 + years living in Elkhorn, NE and three years ago moved back to Geneva with her husband Jay and their youngest daughter Charleigh. Susan and Jay have 6 children between them and one grandson.

For the past 10+ years Susan worked in the 811 industry managing the marketing, operations and public awareness efforts for Nebraska.  She spent several years as the Director of the Statewide Call Center and most recently managed several of the 811 Midwest States with Business Development, Client and Public Relations.

Lynch replaces Patt Lentfer who is retiring at the end of November.  Lentfer started working for the FCDC in July of 2001 as the Administrative Assistant and was named the Executive Director in April of 2005.
Established in June of 1989, the Fillmore County Development Corporation (FCDC) is a county-wide non-profit corporation that fosters economic development within the county and local communities. In addition to recruiting new industries to locate in Fillmore County, the Corporation also works with retention and expansion of existing businesses and industries and entrepreneurs. The FCDC is also one of the county's lead organizations on issues such as housing, leadership, transportation and tourism.