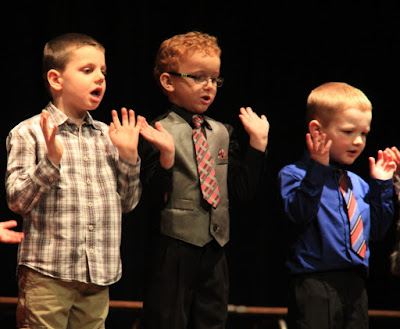 Above – Crosby Oldehoeft(left to right), Joel Vossler and Liam Capek all ask “Who wouldn’t know?” during their performance of “Up on the Rooftop.”
Below - Snowcrest, the announcer (Braden Capek), left, and Santa (Wesley Ronne) compare notes on the live show “North Pole Stars.” 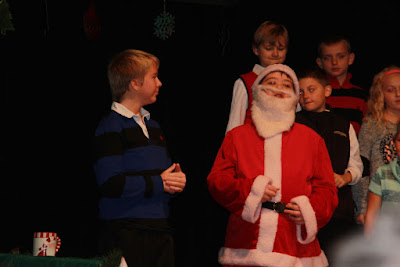 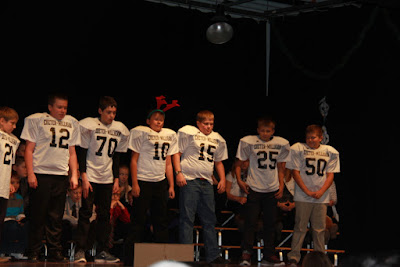 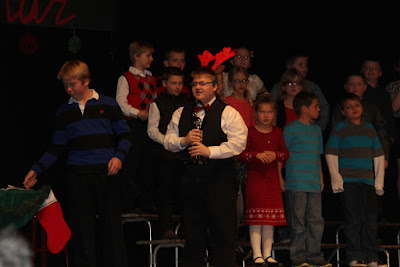 Above -  Comet (Chase Vnoucek) accepts his trophy from host Snowcrest (Braden Capek) on stage during the “North Pole Stars.”
Below – The Exeter-Milligan Kindergarten, first and second graders, sing “Santa Claus Is On His Way” during their Christmas Program Tuesday, December 1. 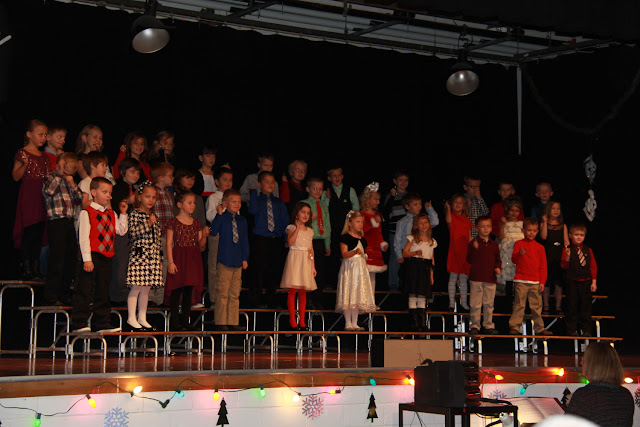 There was a live broadcast of the television hit “North Pole Stars” at the Exeter-Milligan gymnasium on Tuesday, December 1.
The Exeter-Milligan Kindergarten through sixth graders presented their Christmas program to a packed audience.

The evening program was opened by the fifth grade band members who performed “Jolly Old Saint Nicholas” before the sixth graders joined them to perform ”Up On The Housetop”.  The sixth graders performed “Do You Hear What I Hear” on their own.

First up on the stage were the Exeter-Milligan TYKE preschool group.  They enthralled the audience with their performance of “Up on the Housetop” especially as they played kazoos for one of the verses.  They also performed ”Way Up High On The Christmas Tree” shaking all the candy canes off the tree and filling their tummies.

The show “North Pole Star” got underway with introductions.  The audience met Snowcrest, (Braden Capek) who was the host of the “American Idol” type show.  The Reindeer were auditioning for a starring role in the front of Santa’s sleigh along with a recording contract from “famous” LA record label producer Creulle (Kole Svec).  Santa (Wesley Ronne) and Mrs. Claus (Emma Olsen) were seated at the judge’s table with Creulle.

Dasher, Prancer, Dancer, Vixen (and the Vixenettes), Comet, Cupid, Donner and Blitzen (and his gang of blitzers) all took turns performing their numbers before there was a television break and the audience was invited to vote for their favorite reindeer.

During the break Mrs. Angie Murphy directed the kindergarten, first and second grade classes in performing five songs included the “Frozen” favorite, “Do You Want To Build A Snowman.”  The audience especially enjoyed the dancing when the students performed “Blitzen’s Boogie.”

Returning from the break it was announced that the winner of the “North Pole Star” was comedian Comet (Chase Vnoucek) who took the announcement humbly and declared that all of the reindeer were winners and they would all share the trophy.

The full cast sang “We Are All Winners Here,” before the audience enjoyed a Christmas tea in the cafeteria. 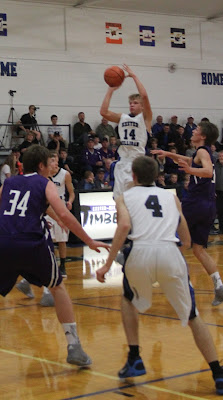 Exeter-Milligan’s Trevor Luzum takes a shot over everyone but the Timberwolves still lost a tough one to Deshler 61-28. 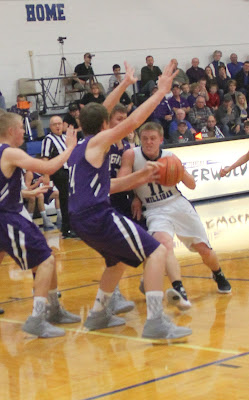 Exeter-Milligan’s Sam Zeleny meets a wall of Deshler Dragons in front of the basket. 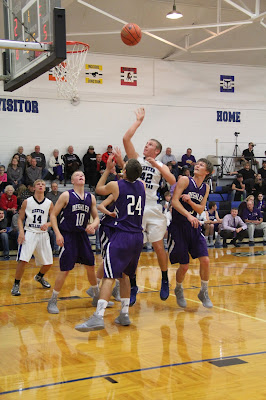 Exeter-Milligan’s Cameron White uses his 6’5” to go up and over everyone for the shot.  Deshler defenders #10 Mason Roth, #24 Logan Schultz and #3 Caleb Vonderfecht. 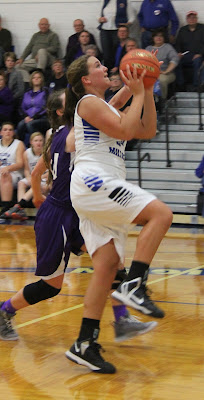 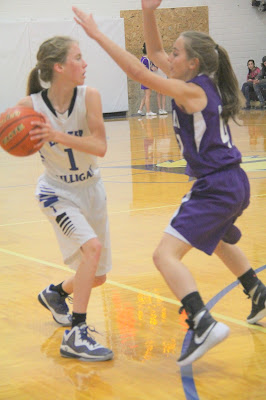