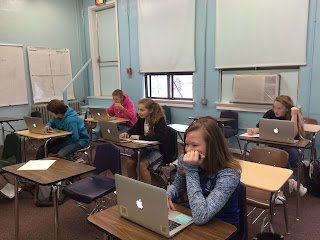 The algebra 1 classes at Exeter-Milligan are studying polynomials.  We have been learning all of the rules for working with exponents.  The students have enjoyed using their computers or phones to practice and review the rules for exponents with Kahoot games.  Pictured are Casey Jindra, Brock Steuben, Jaiden Papik, Daisy Kanode, and Georgia Meyer.
Posted by Leesa Bartu at 7:30 AM No comments:

Exeter Village Clerk Becky Erdkamp was honored as the Outstanding Village Clerk of the year on Friday March 24 at the Nebraska Municipal Clerks’ Association Institute banquet.


Exeter Chairman of the Village Board Alan Michl nominated Erdkamp for the award and was present to see her receive the plaque.

Erdkamp knew she had been nominated as she “had to fill out a questionnaire regarding village projects, educations sessions/conferences attended, and community/religious/civic activities that I am involved in.”

There were 24 other nominees and the nominating committee reviews all the applications and chooses the clerk at each population size to receive the awards.

Erdkamp was “truly honored that I was selected.  I do take my job seriously and try to protect the interests of the village.”

Michl felt Erdkamp was very deserving of the award, ”The board and the community are very proud of what she has accomplished. Especially for her to be recognized by her peers, that was quite an accomplishment. I feel she does a good job not only on the paperwork in the office but also dealing with the public and the problems that come along.  She has done a commendable job at that.”

Each year the Nebraska Clerks have an annual institute and academy that is facilitated by UNO. The Association works to support and educate the clerks and Erdkamp has enjoyed spending time at each of the conferences she has been too.  “It’s always educational.  This year the class I attended on setting sewer and water rates was very informative as the village is currently working through this process.”

Erdkamp specifically enjoyed the information shared by one of the speakers, the Pilger Village Clerk, who spoke to the group about dealing with a tornado and its’ after effects.

Congratulations to the Exeter-Milligan Track team for their outstanding performance at the Turkey Creek Relays in Friend.  The boys team placed 2nd over all and the girls team placed 5th. 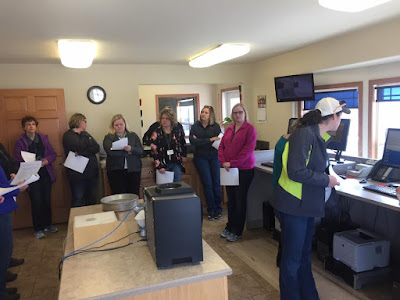 FILLMORE COUNTY - The Odegeo…Leadership for Fillmore County class held their Agriculture session beginning at the Geneva Public Library March 21, 2017.  Brandy VanDeWalle, UNL Educator, talked about ways to motivate employees, family and friends.
Among morning presenters were Paul Bixby and Frank Heinisch, who gave information about Estate Planning. Don Jividen from Heartland Bank, Allan Jefferson from York State Bank, and Alan Emshoff from Generations Bank talked to the group about Ag lending, the different cycles in lending and how technology has influence all aspects of agriculture.  Ryan Norton from Fillmore County Farm Service Agency shared data about number of farmers, production totals, government payments among other farm data.  Clark Poppert from Servi-Tech presented information on the role crop consultants have in farming.

Geneva Implement and Weaver’s Repair portrayed another sector involved in agriculture.  Keith Shellhase, manager of Geneva Implement, took the class on a tour and showed the class several large implements and the technology in them that has changed farming. Randy & Laura Weaver, owners of Weaver Repair, also talked about the technology in farming today.
Circle Five Beef, Inc was the final stop of the morning.  Jeff Neiman, the feed-yard manager at Fairmont, told how that feed-yard operates and all the components that go into getting the cattle to market.  The group ate lunch at Sweetwater Café in Exeter compliments of Circle Five Beef.
Next the group learned more about the inputs that go into raising crops by visiting Farmers Cooperative in Exeter and Crop Protection Services (CPS) west of Fairmont. Both business are in the seed and chemical business and are very busy this time of year.
The group then stopped at CPI Lansing-Fairmont where Ken Pilsl explained their in-take of corn and soybeans and how most of it is shipped on large unit car trains.
The last stop of the day was to visit hog producer Scott Schlegel by a hog finisher barn he uses.  He talked about the ups and downs of hog, cattle, and grain markets and how that affects the profitability of his business.
The April session of the Odegeo. . . Leadership for Fillmore County will be about Business and Industry in Fillmore County.  Persons interested in learning more about Odegeo…Leadership for Fillmore County may contact the Fillmore County Development Corporation by calling 402-759-4910 or emailing lentfer.fcdc@genevamail.com or go to www.fillmorecountydevelopment.org 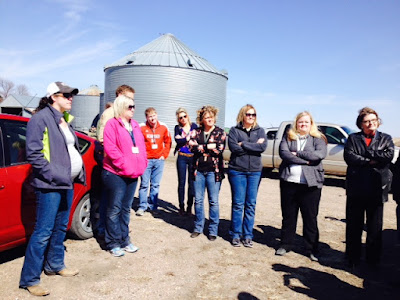 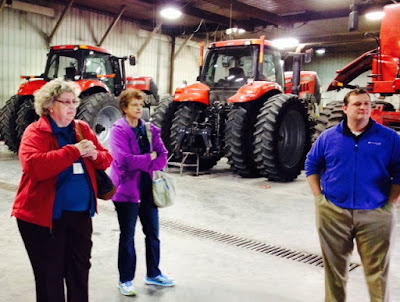 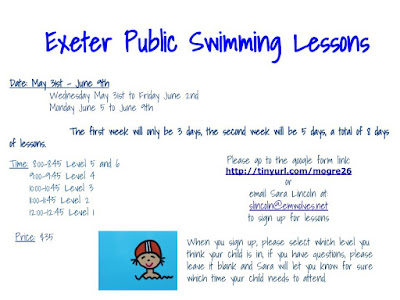 Click here to fill out the Google doc to sign up.
Posted by Leesa Bartu at 7:30 AM No comments: 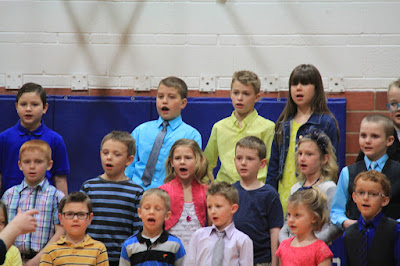 Kindergarten, first and second graders at Exeter-Milligan sing at their Spring Concert. 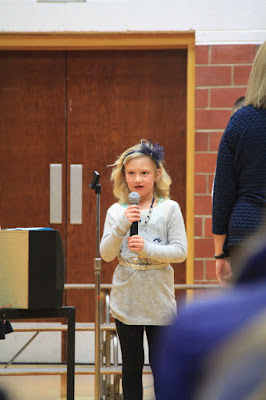 Scout Grummons shares what she is thankful for during the Spring Concert. 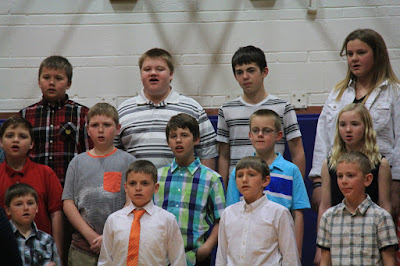 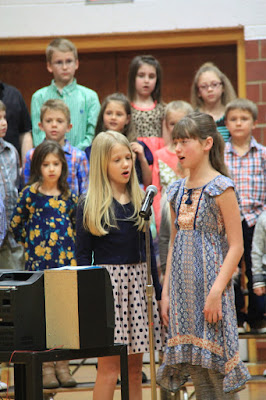 Savana Krupicka and Malorie Staskal sing a duet during the Exeter-Milligan Spring Concert. 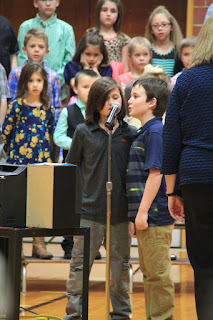 Carver Kanode (left) and Jonah Geiger pair up for a duet during the Exeter-Milligan Spring Concert.

All of the Exeter-Milligan elementary at the end of their concert.

“Power in Me” was the eye-catching theme of the Exeter-Milligan Spring Concert directed by Mrs. Angie Murphy and held in Milligan on Tuesday, March 14th.

After the third and fourth graders played their recorders and the fifth and sixth graders performed their band pieces along with each class performing a number.

The concert progress with grades kindergarten, first and second setting the theme of the concert.  They sang, “I Can, Can!,” “Mind Your Manners,” and “Make a Difference.”

During their next number, “Gratitude Attitude,” many of the students had the opportunity to state what they were thankful for in the microphone.  The group finished their section of the performance with an encouragement to “Go Be Awesome.”

The third and fourth graders were next on stage and they sang “Champions,” and “Character Tango” with a homage to their current Nebraska studies, “Beautiful Nebraska.”

The fifth and sixth graders joined the third and fourth graders to sing “Fearless.”

After the third and fourth graders left the stage the fifth and sixth graders sang about the choices they can make during “Side By Side,” “Too Smart To Start,” “I’m Not Perfect,” and “Kindness.”  Jozie Kanode gave a fantastic solo performance during “Kindness.”

The kindergarten through sixth grade joined together for the final number, “Power in Me.”  During this piece three groups sang duets, including Savana Krupicka and Malorie Staskal, Katherine Hale and Alexis Saatmann and Jonah Geiger and Carver Kanode.

Also during the concert, Mrs. Murphy presented band contest ribbons to the students who participated in the Bruning-Davenport band contest.

Parents and guests were invited to view the elementary artwork that was on display in the back of the gymnasium before and after the concert.
Posted by Leesa Bartu at 7:30 AM No comments: