A scrap tire clean-up will take place on Wednesday, August 22, from 1 - 6 p.m. at Fillmore County Fairgrounds in Geneva.  Tires from cars, pick-ups, semis, pivots and other farm equipment, tractors and oversized tires will be accepted.  Tires must be off rims and no tubes and no semi-loads allowed.  Retailers are not permitted to bring tires.  You will be responsible for unloading your own tires.

Funds are limited this year due to the number of grants awarded.  Consequently, a small fee will be charged so more tires may be accepted.  Fees will be charged and collected the day of the recycling collection.

The event is funded by a grant from the Nebraska Department of Environmental Quality.  For more information call 402-759-4910.
Posted by Leesa Bartu at 7:30 AM No comments: 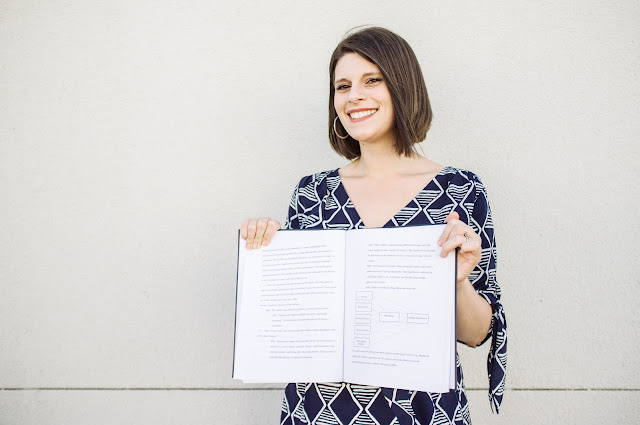 Allison Michl Bitz grew up a small town girl in Exeter who, like many, headed to college unsure of her path.  Bitz, however, has found her path to be long and winding but with a great educational goal at the end.

Bitz graduated from Exeter High in 2001 and was involved in basketball and volleyball on the athletic side of things.  Academically she delved into the speech (where she won at State in Extemporaneous), one-act plays, quiz bowl, band and choir.

Out of high school she headed to UNL where a psychology class changed her coursework leading her to a double major in Psychology and Communication studies in 2005.

That didn’t seem to be enough, she kept pushing on earning her Master’s degree in Community Counseling in 2007 at UNL and entering their doctorate program.

Bitz was recently robed with her Doctorate in Counseling Psychology.  It hasn’t been an easy road for her.  Along the way she met and married her husband James Bitz, LPS teacher and also a photographer, and they have had two children, Evie, 4 and Jonah, 2.

And this has been the biggest challenge for Bitz through her schooling, “having kids as a female graduate student isn’t easy. Some people in academia don’t agree with it – they think you won’t take your education as seriously.  I had to work hard trying to be a good mom and trying to be a good student all the while trying to prove to faculty that I was capable of what I was doing.”

And her kids? “They made me better because they made my structure my life different – priorities different – I work harder at work and try not to work at home unless they are asleep,” explained Bitz

And she has been very successful, recently defending her dissertation which was titled, “Does rurality matter? The roles of social support, self-efficacy and well-being in first year college student adjustment.”

Bitz chose this topic in part to investigate her own roots, recalling that “academically I was fine, but socially not so much." She had also found very little existing literature on the experiences of rural students at college.
Her study's results found that rural and urban students adjust at similar levels but different things affect their adjustment in different ways, that rural students’ social support has a direct relationship with college adjustment.

And just like the students in her study, Bitz gives credit where credit is due, “having my parents and my husband and his family close made it possible for me to do this.”

With her families’ support and her degree in hand, Dr. Bitz has opened a private practice in Lincoln for adolescents older than 13 and adults who struggle with depression, anxiety, (deleted word "service") adjustment concerns (moving or new job, life transitions)  (deleted word "assessments") along with ADHD and personality assessments.

As part of her doctorate, Bitz completed a year-long internship at Creighton but still managed to connect with her roots in Exeter and visit her parents Alan and Shari Michl along with her grandparents in the area. 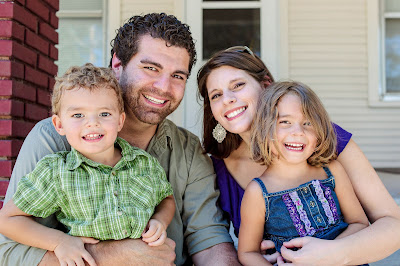 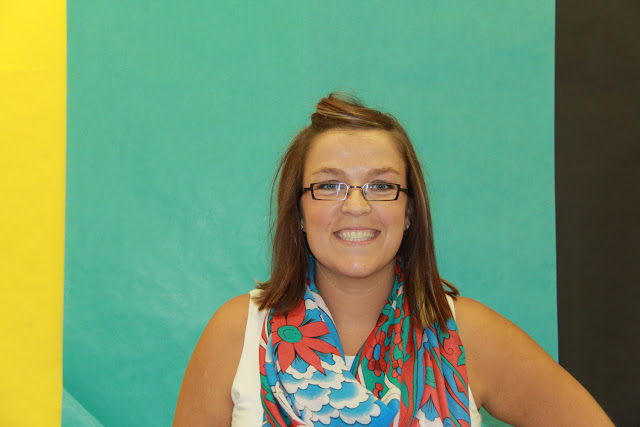 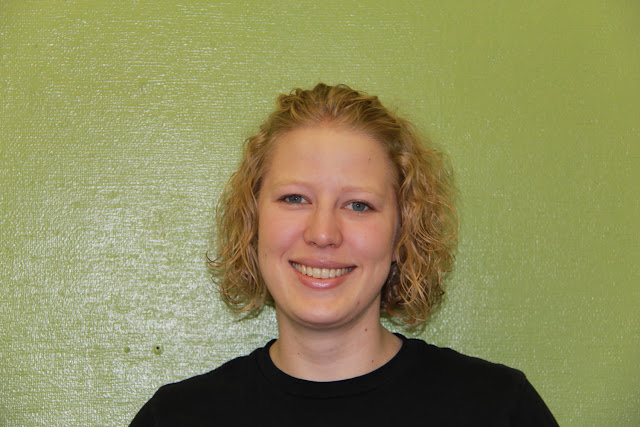 Please help welcome two new teachers to the Exeter-Milligan staff this year.  Rachel Haider will be teaching High School Language Arts, replacing Jami Adelman and Rachel Lucas will be teaching fifth grade replacing Brent Zoubek.
Haider is familiar with small towns and farming as she grew up in a small town in Oklahoma, Okarche which is just northeast of Oklahoma City.  She graduated from Concordia University in December of 2009 and worked in banking and for a cellular phone company while also assisting her husband, Dustin, in coaching the Concordia speech and debate team.
Haider will be coaching the Speech and One Act teams in addition to her teaching duties.  She is “looking forward to getting to know the students and am very excited to be back in the classroom.”
“I want to try to get other people to love English and Literature like I do,” explained Haider.
Haider is thrilled with Exeter-Milligan laptop program,  “We will be able to collaborate on projects and share files which will be very conducive to learning,” said Haider.
She plans to introduce some innovative ideas to help students through writer’s block in the classroom and is really looking forward to being a part of the speech program at Exeter-Milligan.
The other Rachel, Lucas, that is, grew up in Plattsmouth with her three siblings, two of them her triplets. She moved to Lincoln to attend UNL and graduated in December of 2010.  As a sophomore at UNL she met E-M third grade teacher Casey Pohl and they became good friends.
Lucas looks forward to getting to know everyone in the two towns.  She is living in Exeter and working in Milligan.  She is looking forward to implementing both the new math program in the fifth grade classroom and using all of the technology the district has provided.
“Fifth grade is a great year, the students can be creative in all of the subjects,” said Lucas.
In addition to teaching third grade Lucas will be filling in as assistant volleyball coach a position Elementary Principal Laura Kroll held for a number of years.  Lucas spent time in Lincoln and Waverly coaching volleyball including the freshman team at Lincoln Southeast High School.

Getting Ready for School to Start 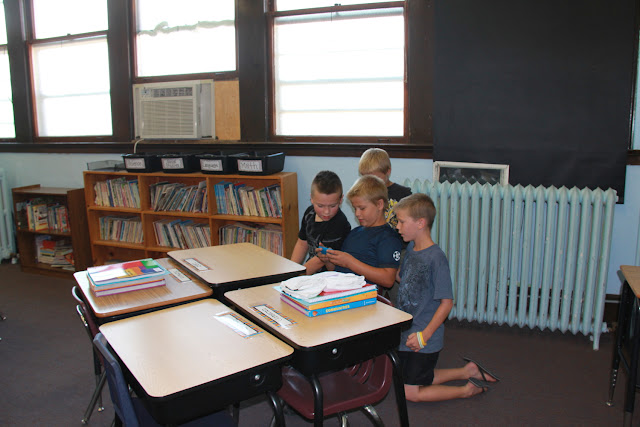 Exeter-Milligan opened both of its campuses to students, parents and community members on Friday evening.  Taking a moment to check out the third grade classroom (and work on an ipod) and from the left third graders Alec Schlueter, Ben Bartu (Kindergartener Mikey Bartu behind) and fifth grader Cayden Hartmann. 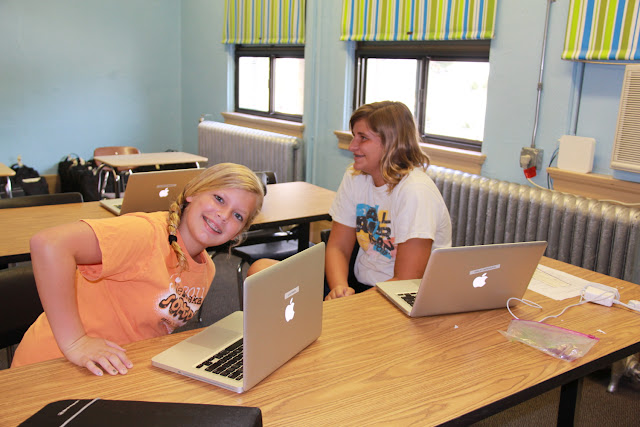 Getting their laptops synced and ready for a new school year to begin are left Lucy Murphy and right Ashley Benorden
Posted by Leesa Bartu at 9:20 PM No comments:

Exeter-Milligan School will start the school year on Tuesday, August 14th.  The bus to the Milligan campus will leave the south side of the elementary building at 7:50. This is a change from last year.  School will now start at 8:15 am.  Tuesday school will dismiss at 2:21.  New school dismissal time will be at 3:34 except each Friday dismissal will be at 2:21
Posted by Leesa Bartu at 8:30 AM No comments: