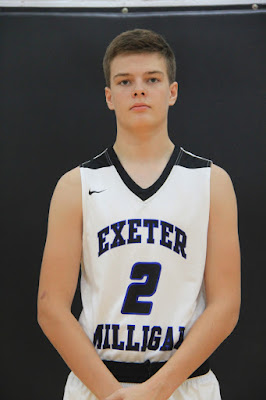 Luis Jaegermann decided to spend a year in America on the Foreign Exchange program with two goals in mind, “Play sports and just experience the culture.”

He’s from Dortmund, Germany a city of just over 800,000 but doesn’t seem to miss much about it except for his family and some of the food.

Jaegermann is spending this year in the home of Exeter-Milligan Superintendent Paul Sheffield and his wife, Karla.   And even though the Sheffield’s don’t have any kids at home to connect with, he is enjoying his stay, ”They are great.  I really can’t complain about anything. It’s kind of weird not having anyone who goes to school with you but I don’t have a problem with that.”

He’s really enjoying the sports at Exeter-Milligan as he played on the football team and is now playing basketball, although practice every day after school has taken some adjusting to.  He loves food and cited wings along with Runza’s as his American favorites.

He misses his family and friends at home along with his football team in Germany.  Specially seasoned brats with their sauce is the food he misses the most.

His mom will be visiting him over the Easter holiday and he looks forward to showing her his life in Nebraska.

He has traveled to Arizona with the Sheffield’s over the Christmas break but was sick most of the time.  “It was a fun Christmas but was really hot down there.”

He has experienced so much of what he wanted to in America, “The culture in high school, the games, the cheerleaders.  I wanted to experience the atmosphere when you are at the games.”

The only downside to his trip to America will be the schoolwork he will have to make up as he is missing a school year.  On the upside, the practical experience of speaking almost exclusively in English has been a big boost in his confidence in speaking.

Jaegermann would like to pursue a career in Engineering and sees this experience as a great benefit, “I think it’s helpful to speak multiple languages when you have to talk to people from other countries.”

He’s got a just a few more months to tack on some more American experiences before heading back home to Germany.
Posted by Leesa Bartu at 7:30 AM No comments: 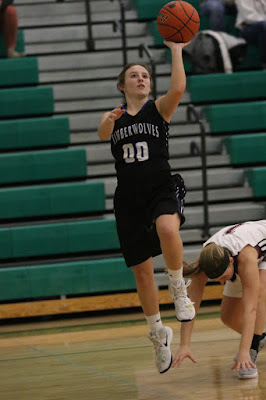 The Exeter-Milligan Girls met Dorchester in their first sub-district game at Wilber-Clatonia High School on Wednesday night.  It was a win for the Timberwolves with a final of 48-41.  The second round, Thursday night, found EM pitted against BDS.  BDS took an early lead and EM never could catch up.  Final 46-31.  The Timberwolves will play Ewing next Friday night in Twin River at 7:00 p.m. 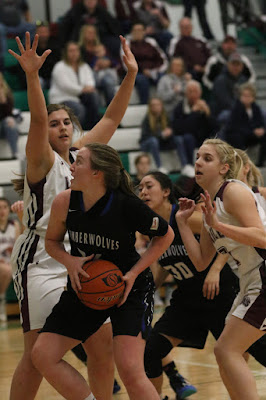 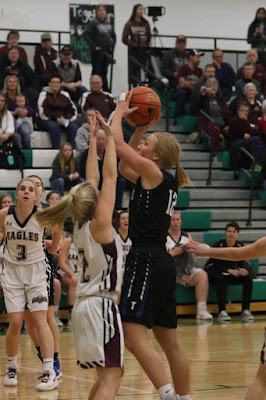 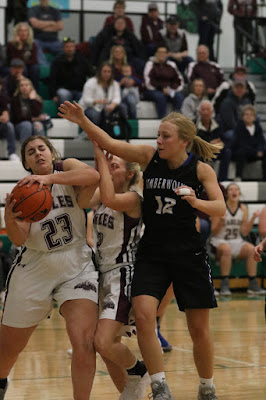 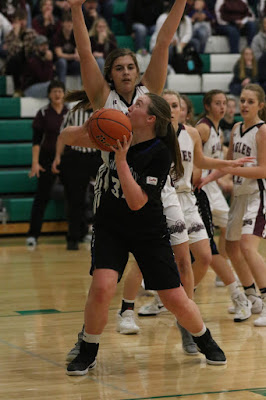 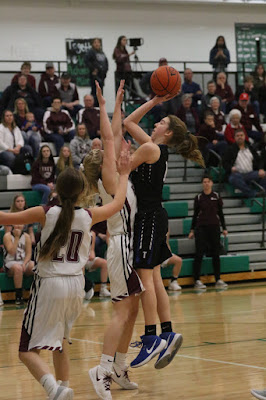 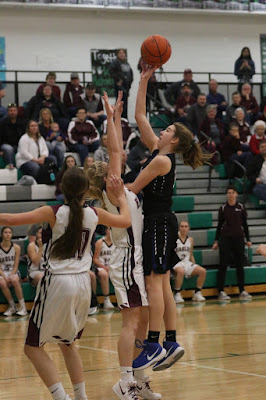 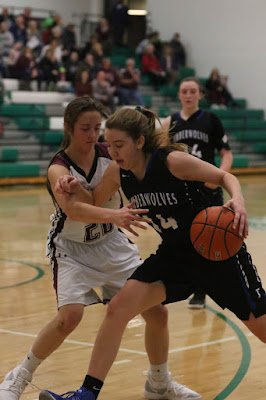 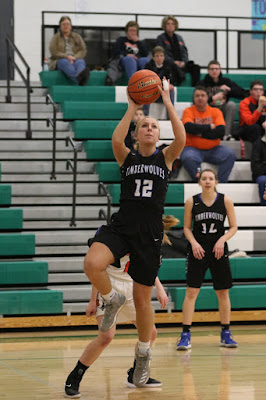 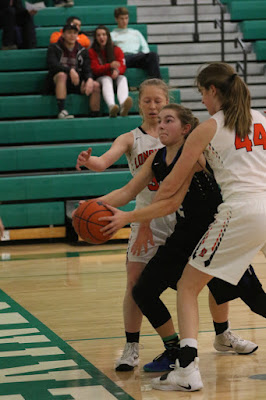 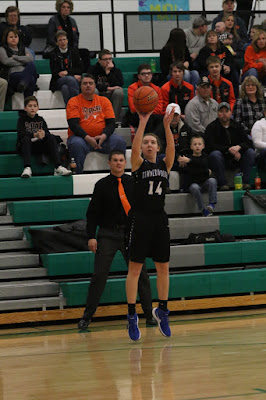 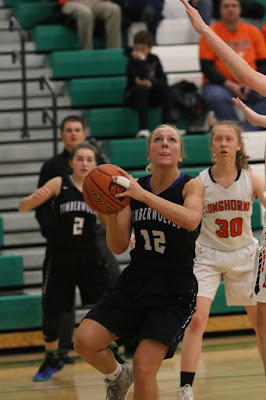 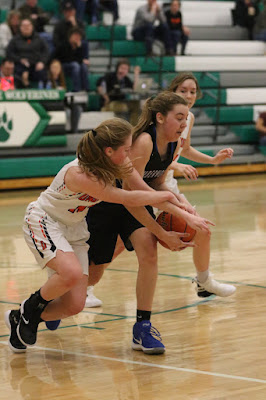 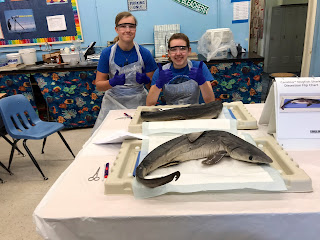 Exeter-Milligan Zoology class are currently studying about fish.  We have discussed the 3 groups of fish as jawless fish, cartilaginous fish, and bony fish.  This last week we looked at cartilaginous fish by dissecting a dogfish shark.  Next week we will dissect a stingray and a perch.   The girls are really excited about this unit and love doing dissections.  We will eventually study amphibians, reptiles, birds, and mammals as we work our way through the different types of vertebrates.

Pictured are Josie Kresak and Kate Jansky
Posted by Leesa Bartu at 7:30 AM No comments: 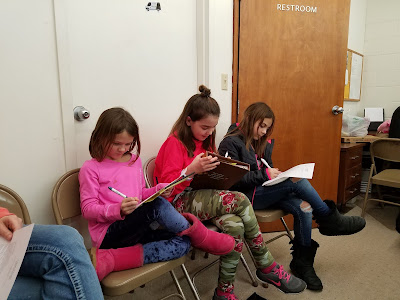 From the left Girl Scouts in Troop 20703 Chezney Kanode, Brooklyn Oldehoeft and Kendyll Tomlinson are busy taking notes during the Exeter Village Board meeting on Monday evening.  The scouts were working on their Inside Government and Celebrating Commuinty badges.  They met with Chairman Alan Michl and Village Clerk Becky Erdkamp for a supper meeting before the board arrived.  According to their leader, Kendra Oldehoeft, “They interviewed him after a brief intro of his role duties and brainstormed with him ways that they can be active citizens and exhibit good citizenship.”

The girls asked about the hardest thing Michl had had to do in his role and also about unique laws.  The scouts found the evening “interesting and very different than they expected,” according to Oldehoeft.
Posted by Leesa Bartu at 7:30 AM No comments: