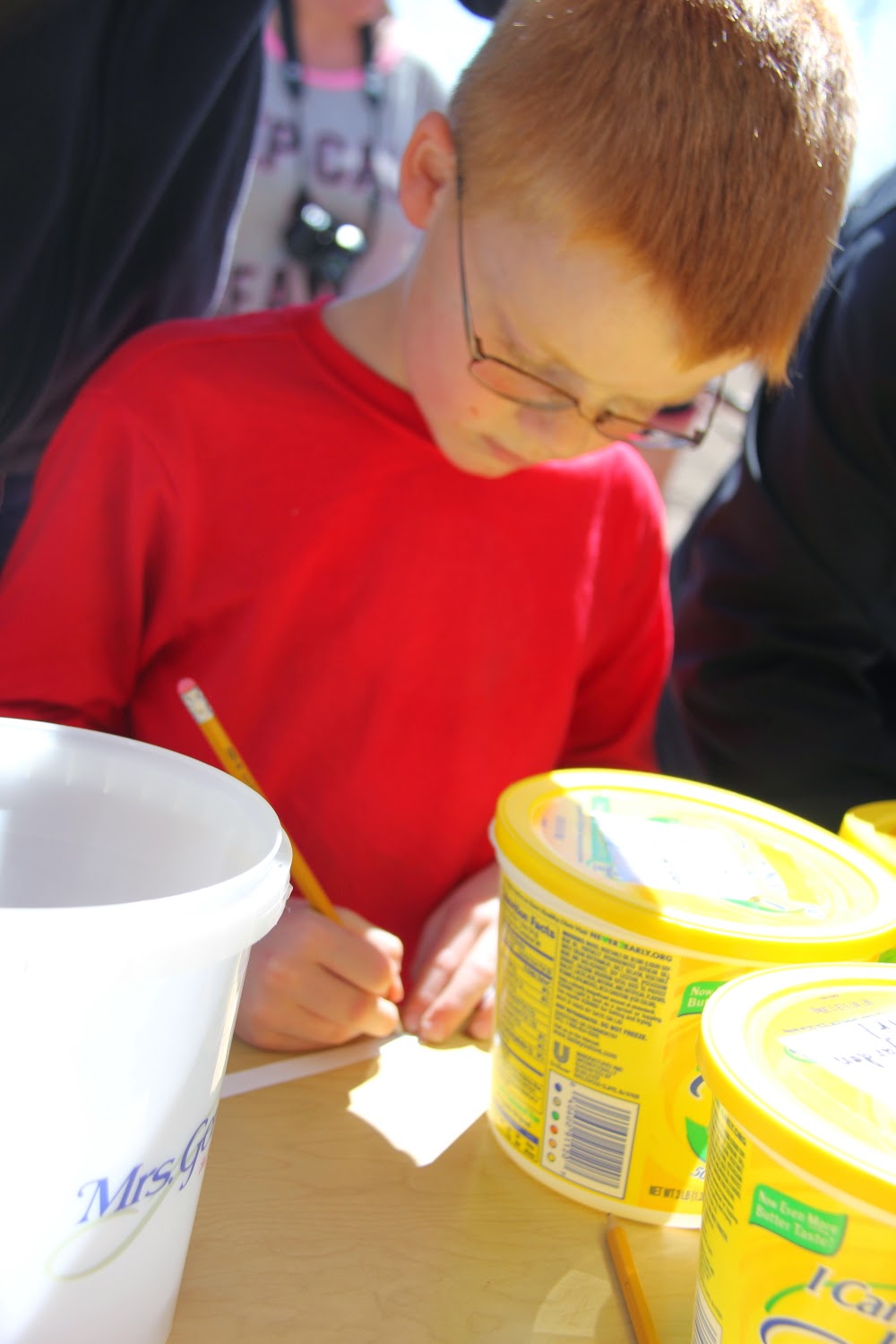 Above:  Brett Kallhoff fills out his entry form at the Exeter Chamber of Commerce Easter Egg Hunt.

The Exeter Chamber of Commerce hosted their annual Easter Egg Hunt at the Exeter-Milligan playground in Exeter on Sunday, March 29.
There was a huge turnout for the event hosted on Sunday for the first time ever.  The FCCLA members under the direction of Mrs. Mary Lou Vossler set up for the event and assisted the kids with the hunt.
After the eggs were all found a drawing was held for prizes.  Winners included Devin Harrison, Liberty Johnson, Avery Nichols,Tommy Kallhoff, Addison Foutch, Hannah Petersen, Colin Kuenning and Savana Krupicka. 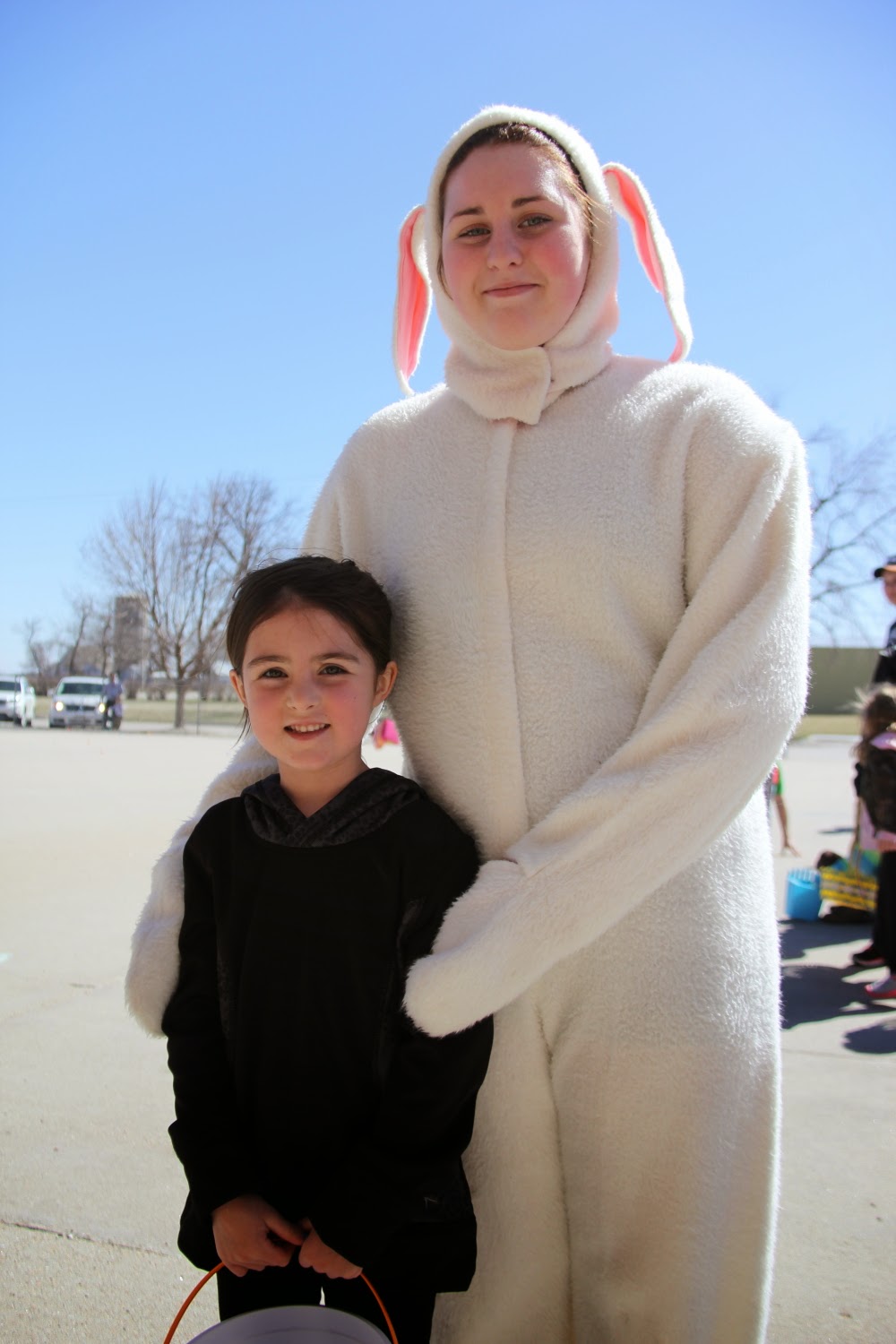 Above:  The Easter Bunny with Kaylie Schlueter and below with Brooklyn and Crosby Oldehoeft 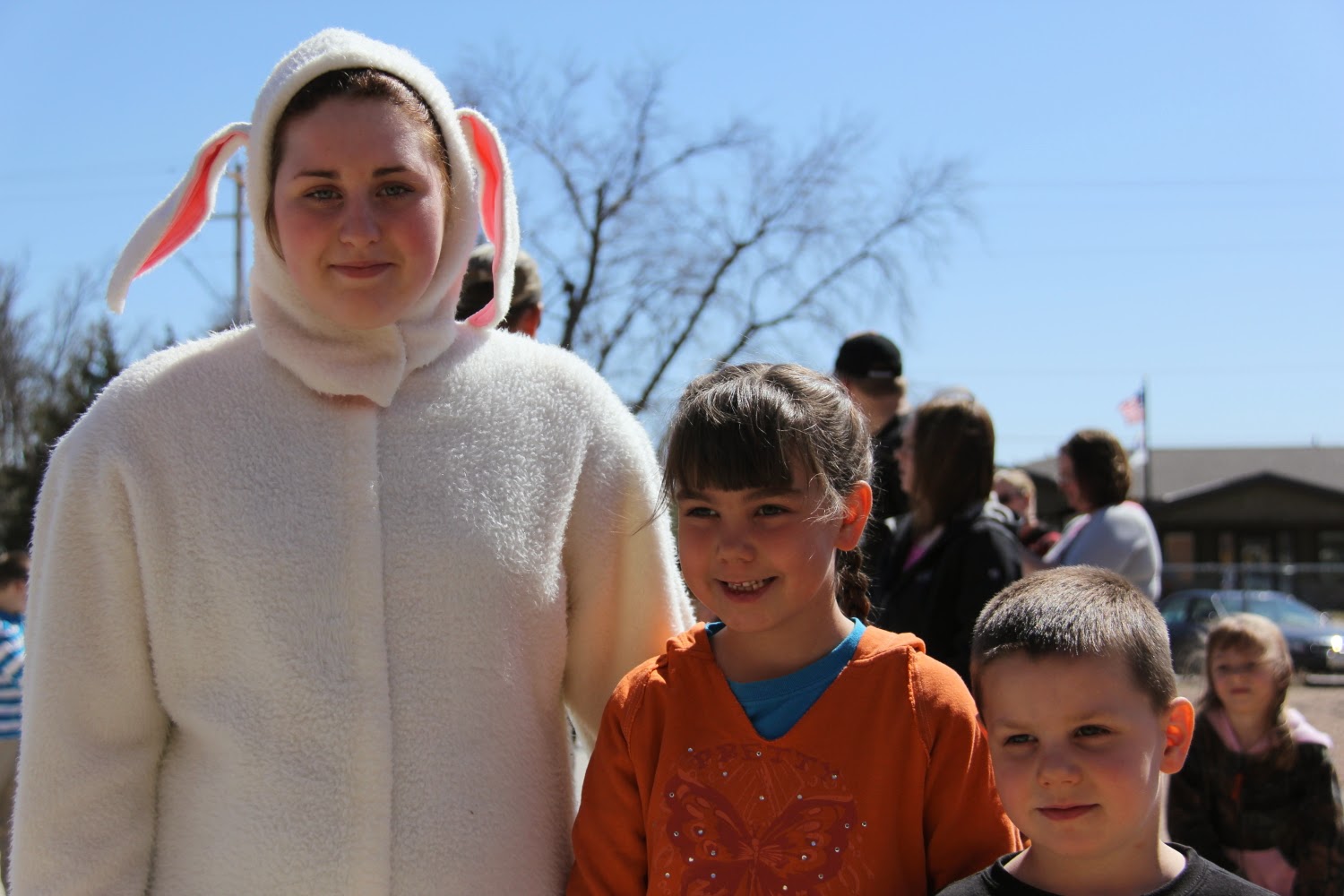 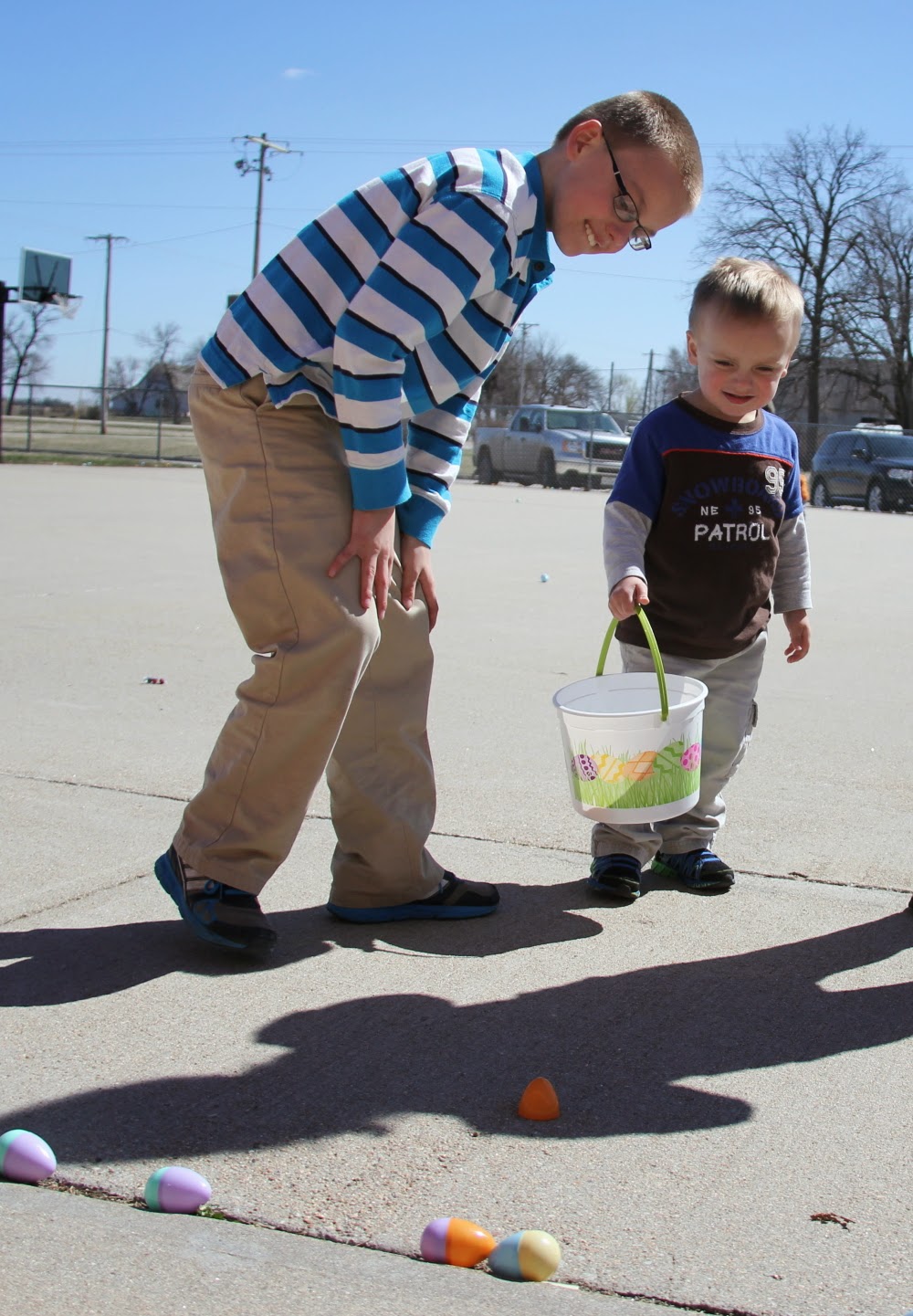 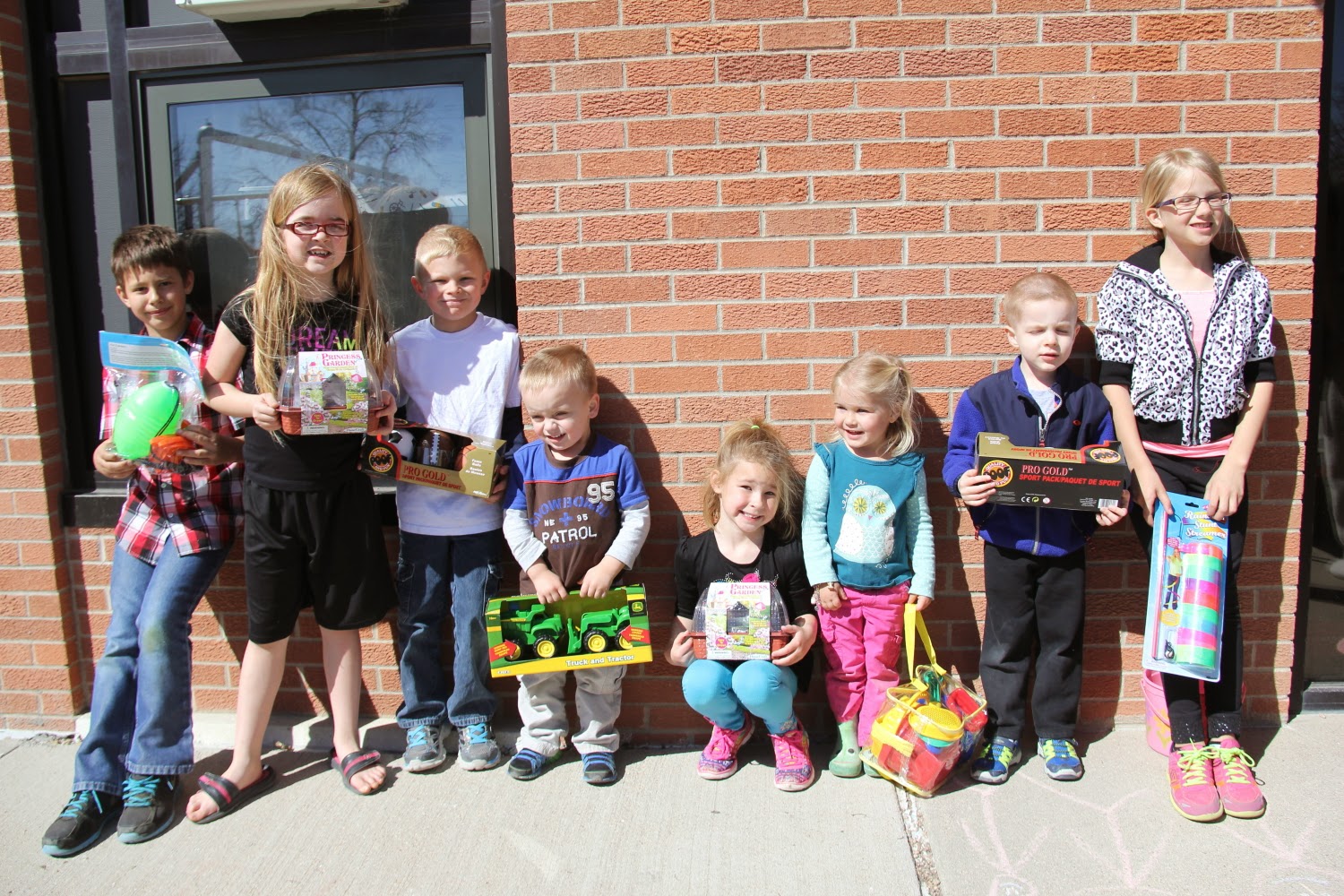 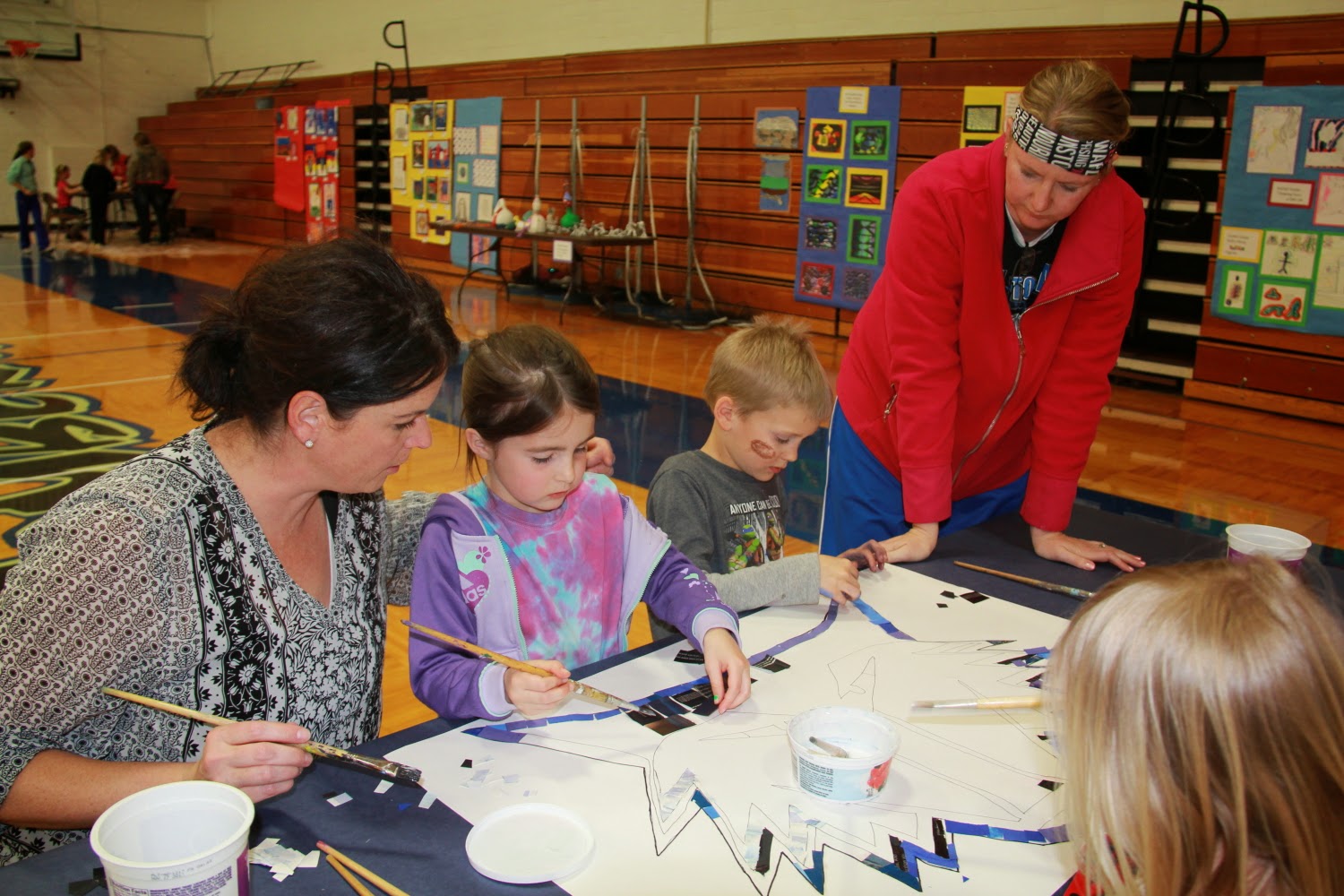 Above: At the Exeter-Milligan Family Art night one of the first stops in the gym was the Timberwolf collage station.  Clockwise around the table starting at the left are Melanie Schluter, Kaylie Schlueter, Adrien Mueller and Shelli Mueller. 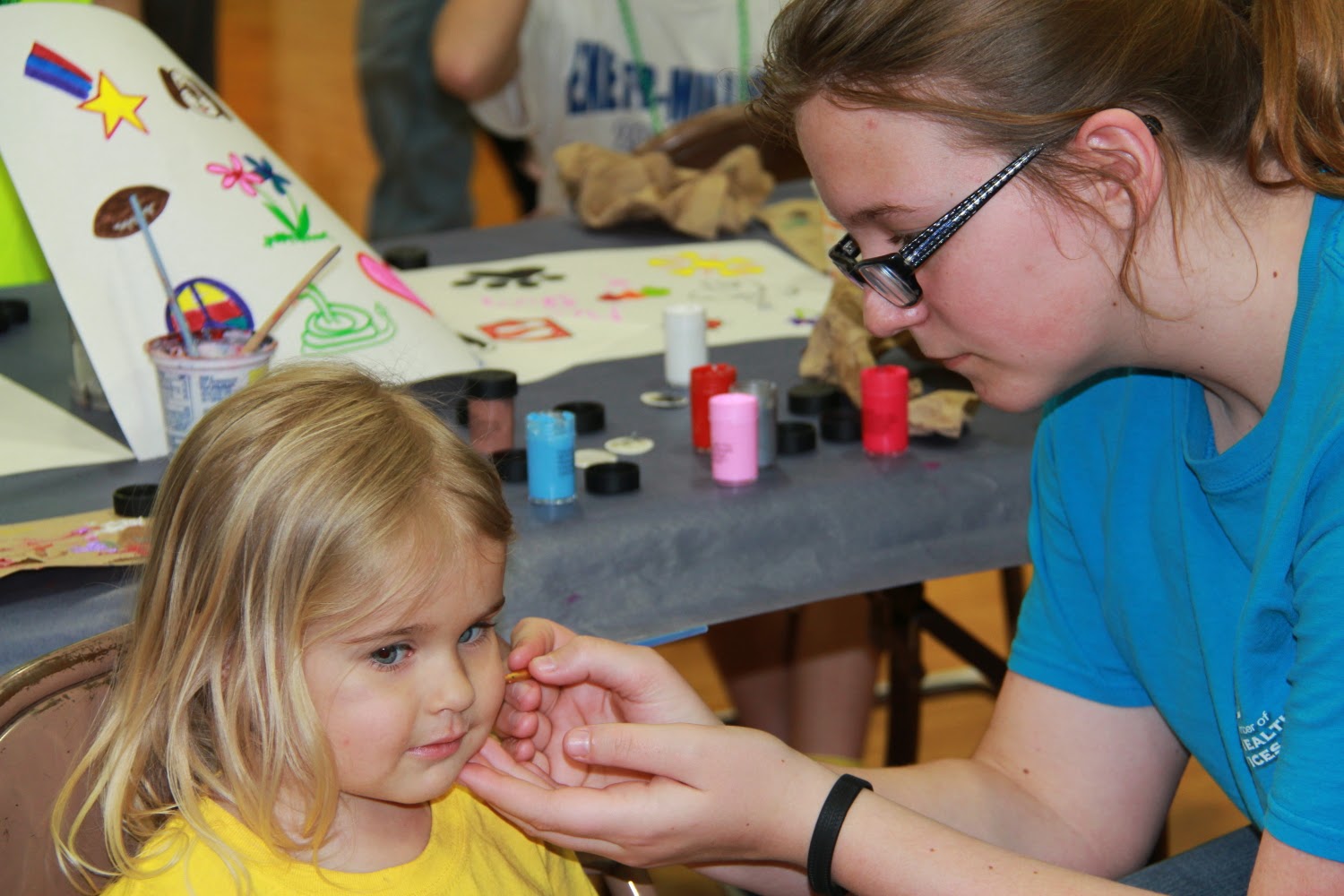 Above: Hannah Petersen gets her face painted by Kayla Bonds at the Exeter-Milligan Family Art Night.
Below:  Axle Erdkamp shows off his creation. 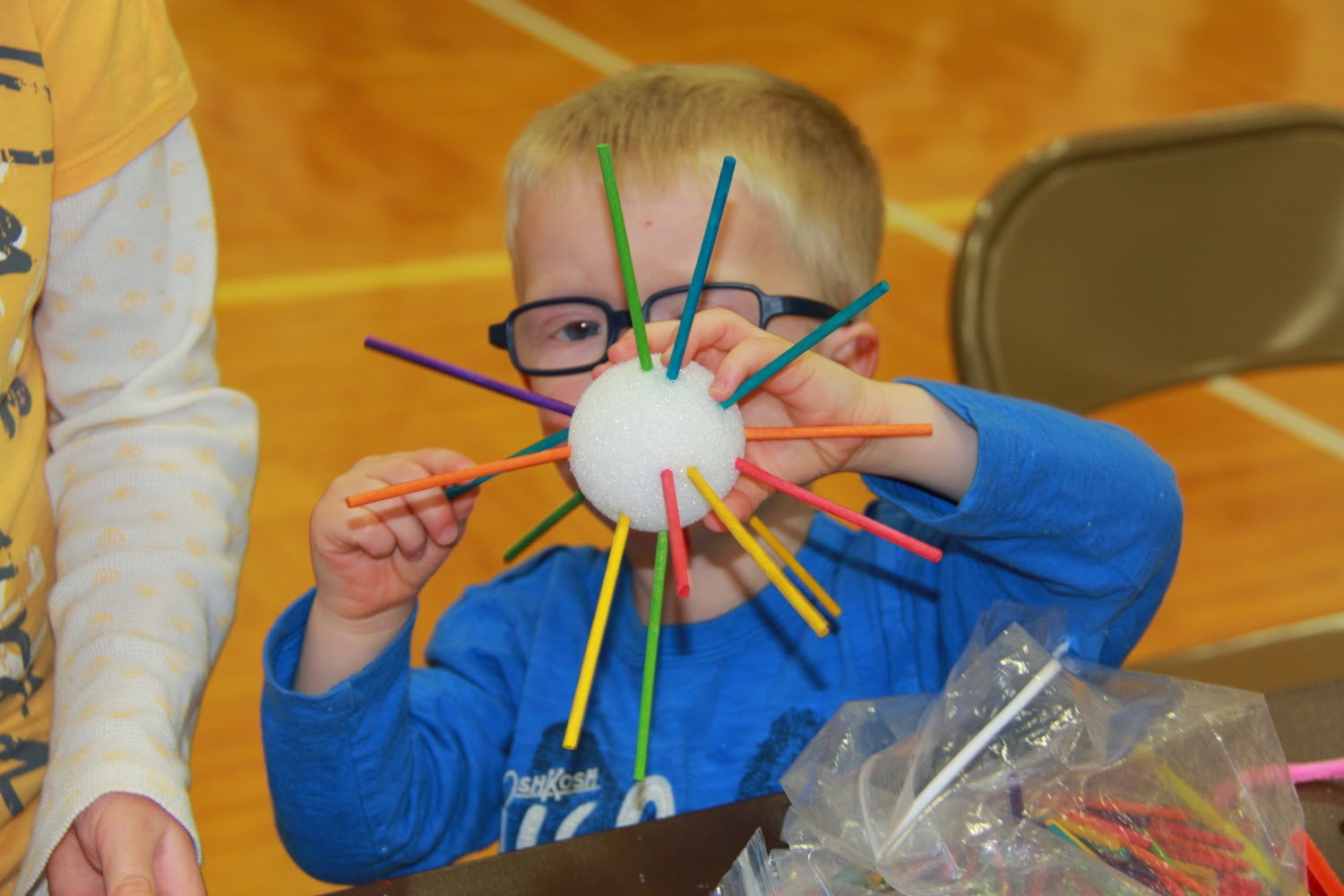 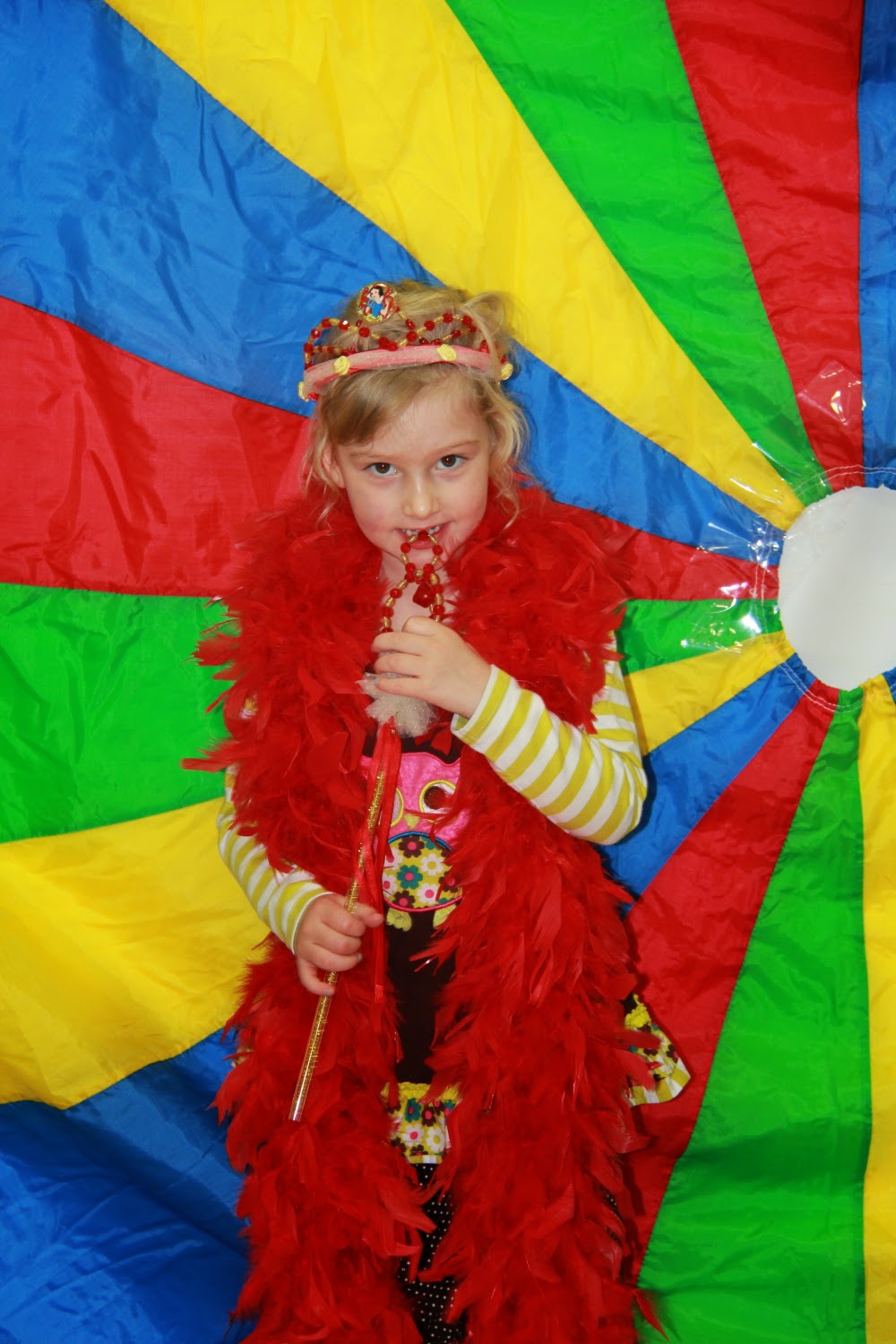 Above: Scout Grummons gets all dressed up for the photo booth at the Exeter-Milligan Family Art Night.Below:  Broc Mueller provided extra entertainment as a fun ride during the Family Art Night. 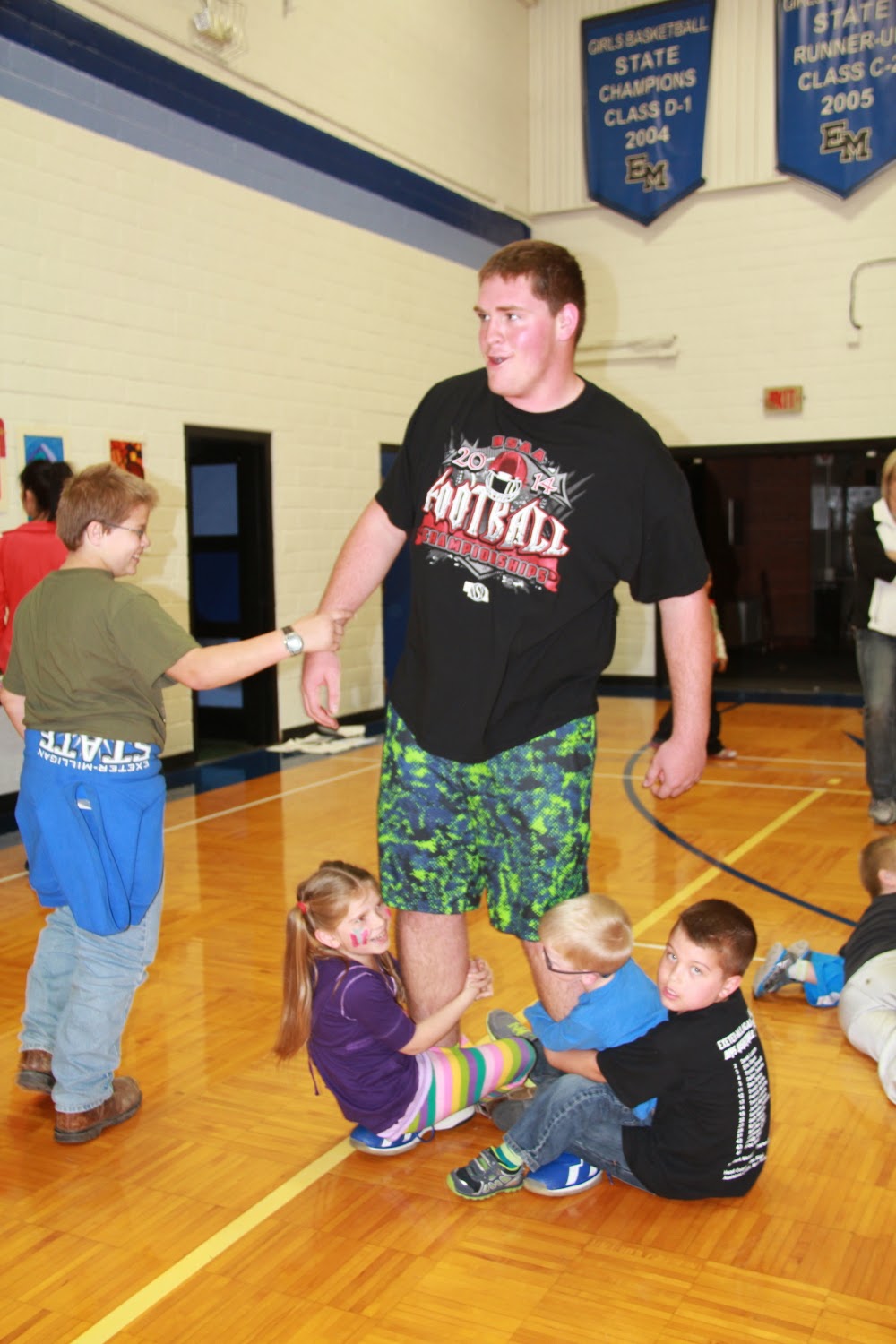 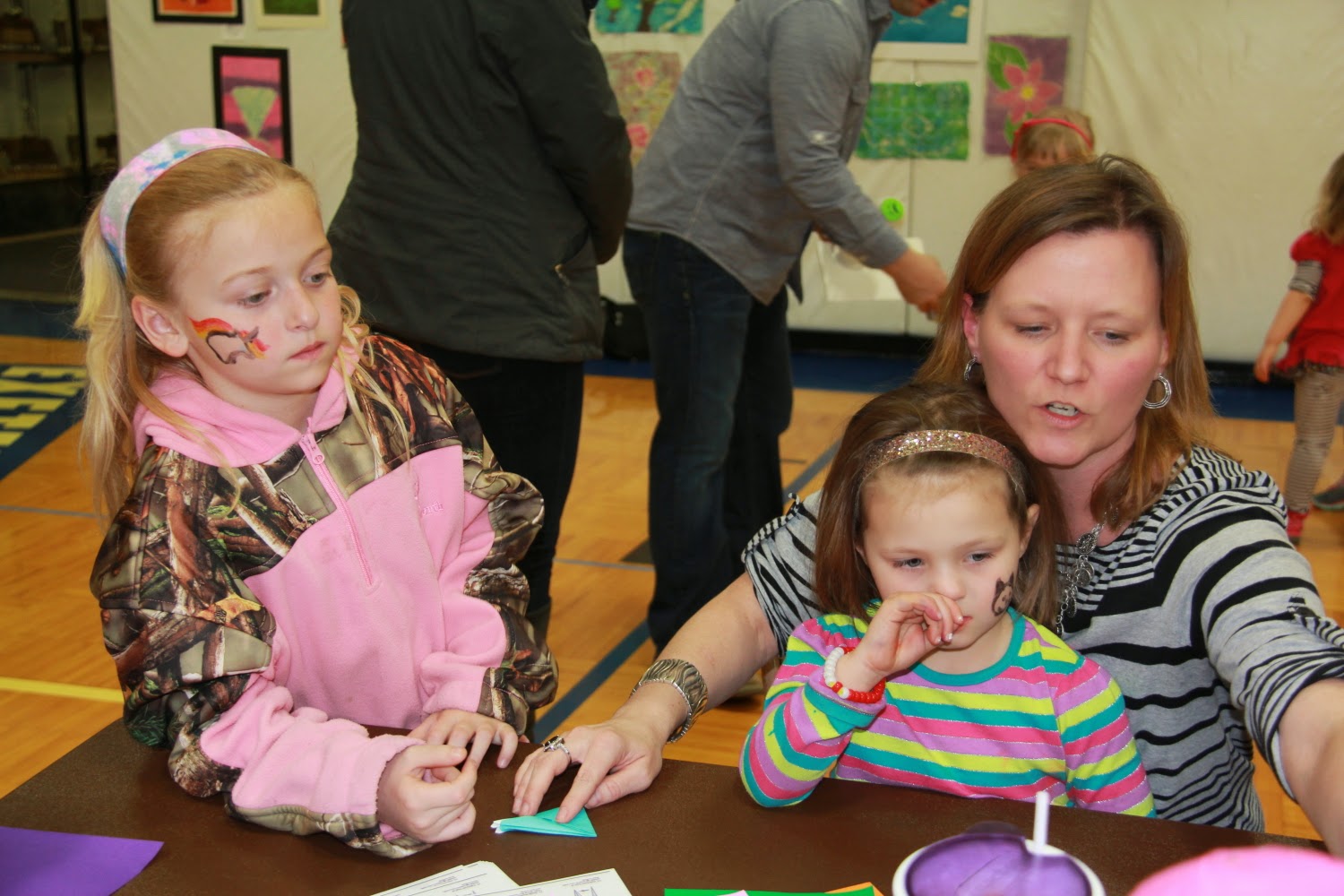 There were over eight stations filled with opportunities for attendees to get involved in art.  They included a collage Timberwolf, an origami station, a fun photo booth with props, face painting, a creative sculpture stop, a printing station and a spot to work with pastels.

Kanode was introduced to the idea of Family Art Night in her first year of teaching in Sidney, “They had an Annual Art show that they did and as their elementary art teacher I kept with the tradition as well as added my own ideas to it.”

This year the program was held entirely with art room supplies that Kanode found in the room when she inherited it.  The face paint was a new purchase but everything else that was used was part of the department.

Kanode enlisted the help of her high school art students.  About half of her students were involved in running the stations.  “We spent about a week and a half during class time to prepare for it, so I tried to build the excitement and encouraged them to help.”

She was very appreciate of the extra adult helpers she was able to recruit, Melanie Papik and Melanie Schlueter.  Some of her students, like Brianna Beatham, put in lots of extra time to make the event successful.  Making the photo booth extra fun with some of their own items were Hannah and Savannah Horne.

The turnout and response to the event was very positive.  After reviewing the attendees Kanode found that most of the elementary classes had 75 percent attendance with just a few classes closer to 50 percent, “I was a little surprised at the age range, but I think we advertised well and built some excitement for the older kids to participate as well as the younger ones.”

In addition to the multiple stations where students could create art, displayed around the gym were the current art projects of the elementary students.  Students were able to show their parents their current art work in an art show atmosphere.

Kanode is looking toward the future, “I definitely plan to make this an annual event.  I feel it gives our youth a chance to take ownership in their artwork as well as a way for families to explore their creative side which builds character.  I also want to raise awareness for the importance of art in our community and world, not just for the artist but for every person in all professions.” 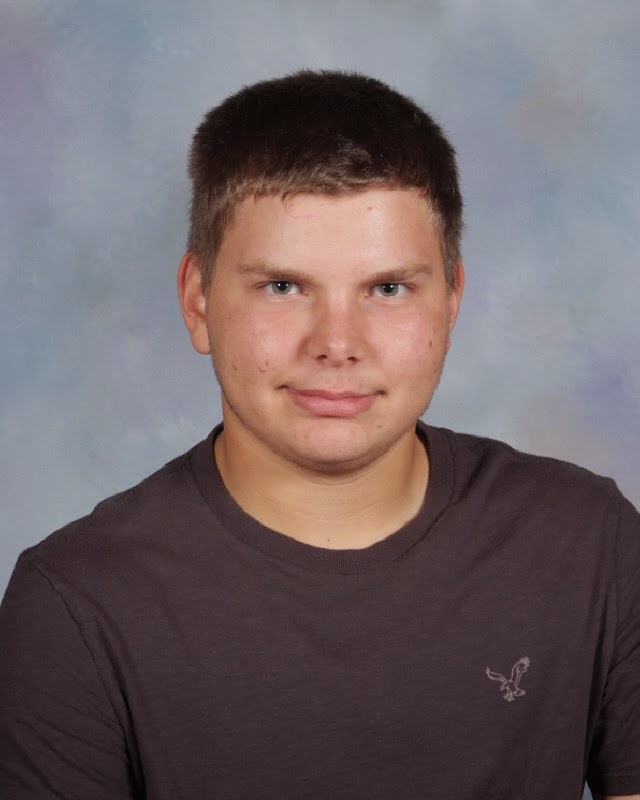 Spencer participates in football, band, Quiz Bowl, track and trap-shooting.
He is a member of St. Stephens Catholic Church.

Spencer is the son of Doug and Melanie Papik.
Posted by Leesa Bartu at 9:12 AM No comments: