Exeter-Milligan came out strong against the visiting Indians from Pawnee City.  The T-wolves got on the board first scoring a safety when they tackled the Indian quarterback in the end zone.  They put up two more quick scores on the board during the first quarter bringing the score to 18-0 before Pawnee City got on the board with 1:29 left in the first quarter.  The Timberwolves got back in the game and had the score up to 24-6 with 4:48 left in the second quarter.  The Indians put another eight points on with 2:39 before the half (24-24).  The Timberwolves answered with another 8 points bringing the score 32-14 with :35 left in the half.

Out of the half, the Indians jumped back in the game putting up two scores in quick succession making the score 32-26 and jumping out to tye the game just a minute and a half into the third quarter.  The Timberwolves answered with another six with four minutes left in the quarter.  Pawnee City tied it up 38-38 in the fourth before taking on the extra two points. Exeter-Milligan found the end zone again with 2:51 left in the fourth but Pawnee City answered back forty seconds later bring the score to the final 46-44.

It was a game full of turnovers, penalties and struggles, but the Timberwolves held strong despite their low number of players.  Next week the Exeter-Milligan team heads to Meridian. 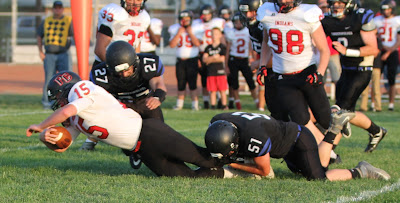 Johnny hangs on to stop the run of Pawnee City's #15 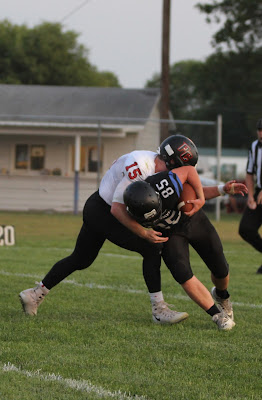 Max gets the punt return out past the 25 before a Pawnee City player stops him. 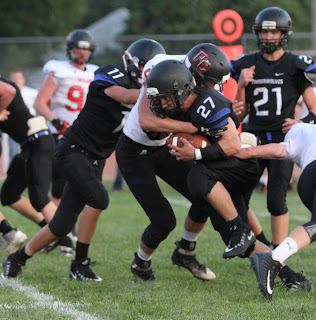 Joey runs through some PC traffic with the ball. 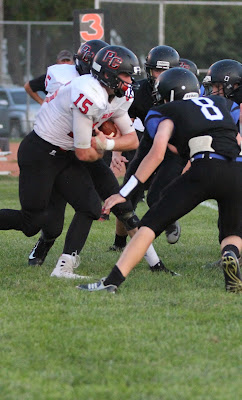 Nick is ready to tackle the Pawnee City ball carrier. 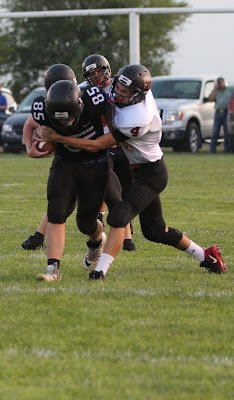 Another punt return for Max. 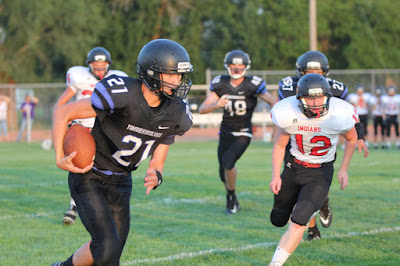 Spencer keeps the ball to pick up some yards. 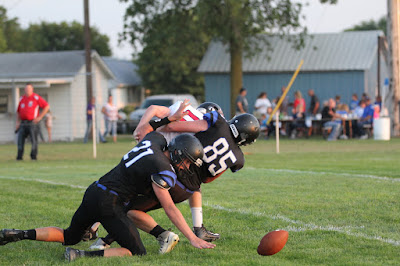 Max and Spencer strip the ball from Pawnee City's quarterback and recover. 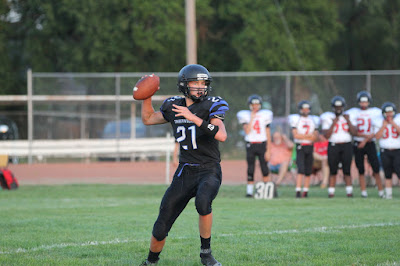 Spencer pass for some yards. 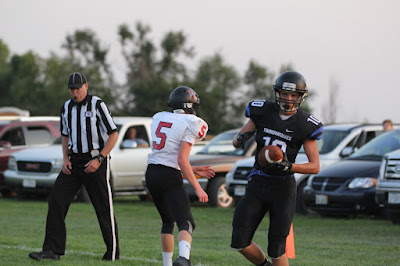 Seth catches the ball in the end zone. 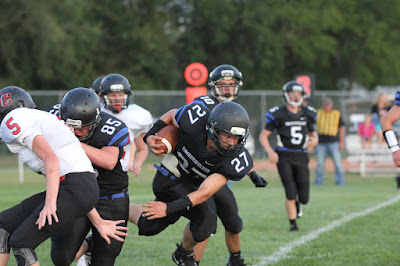 Joey follows an excellent block by Max for some yards. 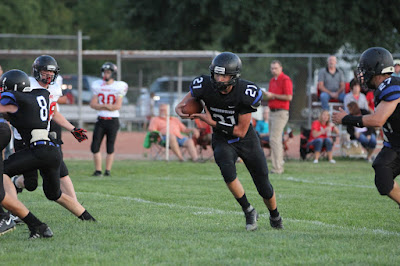 Spencer decides to hold on to the ball for some progress up the field. 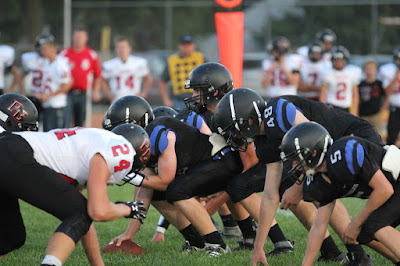 Boys of fall lined up for the snap. 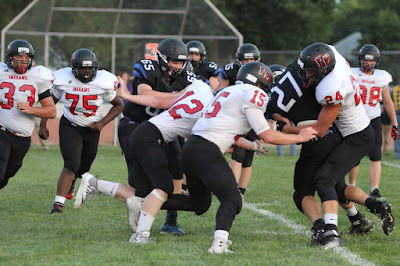 Theron in on the block for Joey. 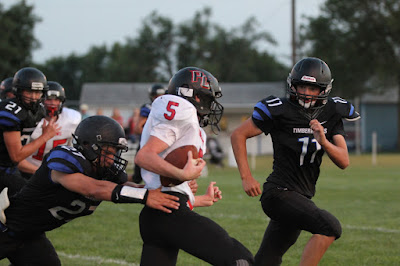 Jackson getting in front of #5 to make the stop. 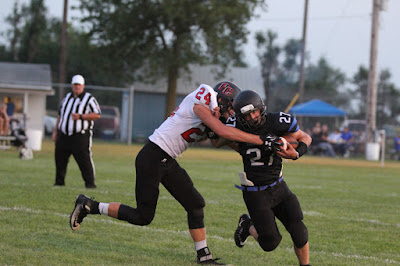 Joey tangles with #24 down the sideline. 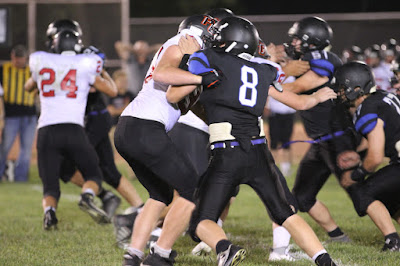 Nick and Johnny blocking on the line. 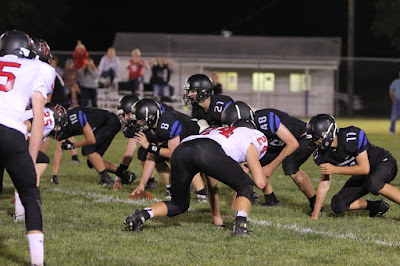 Nick getting ready to hike the ball to Spencer.
Posted by Leesa Bartu at 10:32 AM No comments:

The Exeter Village Board will meet at the village office TONIGHT at 7 p.m.