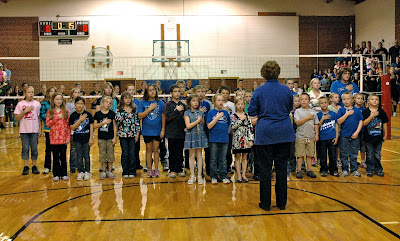 An enthusiastic group of thirty-six students in grades 2-6 sang the "Star-Spangled Banner" in Milligan before the Exeter-Milligan v. Shelby/Rising City volleyball game on Tuesday, October 25.
Posted by Leesa Bartu at 8:03 AM No comments:

The Exeter UCC Women's Bake Sale scheduled for Saturday morning has been postponed until Monday from 4 - 6 pm because of the predicted weather.
Posted by Leesa Bartu at 1:25 PM No comments:

Don't forget to recycle your tree after Christmas - look for more tips here after the holidays!
Posted by Leesa Bartu at 9:38 AM No comments: 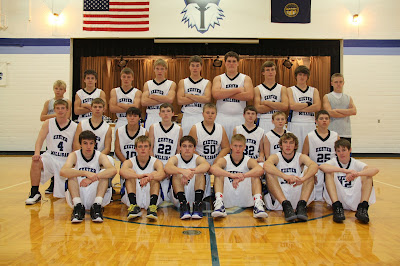 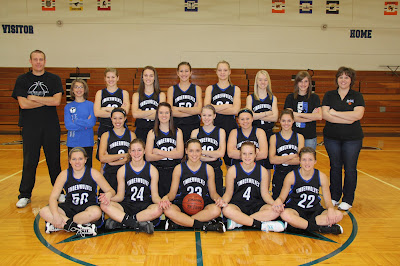 Exeter-Milligan will open their season against Deshler at the Exeter Site gym with the Girls JV playing at 4 p.m., the Boys JV at 5:15, the Girls Varsity at 6:30 and the Boys Varsity at 8.
Posted by Leesa Bartu at 8:26 AM No comments: 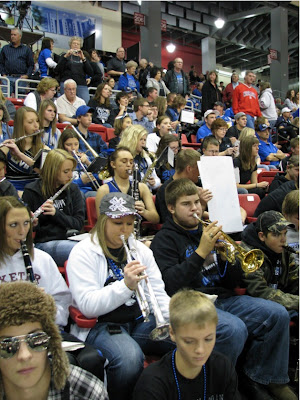 Exeter-Milligan Band on the road at State Volleyball Tournament.

The Exeter-Milligan Band, under the direction of Shane Whitford, was once again on the road to all three days of games at the State VB Tournament held in Grand Island. This was the third year in a row that the band has been able to play at the State VB Tournament thanks to the hard work of the E-M Volleyball Team. The band looks forward to basketball season and all of the performance opportunities that await. Go T-Wolves!
Posted by Leesa Bartu at 8:16 AM No comments: 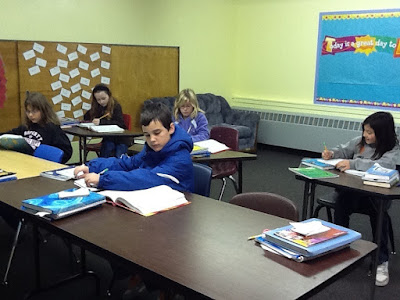 Mrs.Audrey Betka-Mager’s Language class at Exeter-Milligan has been busy doing a lot of writing.  They are learning the parts of speech and applying them to their writing.  They have been composing business and friendly letters, directions to describe places and objects,  and critiques. They have also learned to determine whether evidence is relevant or irrelevant to the situation.  Students in the class include:  (front row left to right)  MicKael Halverstadt and Eli Johnson.  (back row left to right)  Caitlin Murphy, Kayla Geiger, and Anna Sluka (absent was Ryan Sharp.)
Posted by Leesa Bartu at 3:16 PM No comments: