What is a storm chaser?

Storm chasers are companies that follow severe weather from area to area, completing home repairs (generally roofs and siding) that are damaged by hail and wind. They collect homeowners’ insurance claim checks in payment for their services, complete the work (often shoddily) before moving on to the next storm ravaged area. They generally go door-to-door in storm damaged areas, and may advertise themselves as insurance recovery experts or specialists in insurance restoration.


Why are storm chasers bad?

The first step of a storm chaser is to ask the homeowner to sign a contract allowing their company to negotiate with homeowner’s insurance company.  By signing these documents, homeowners may be waiving their right to any decision making regarding their repairs or replacement. They also lose control over the insurance settlement, and the entire check of the payment may legally need to be signed over to the storm chaser- regardless of the quality or quantity of work completed. The homeowner may lose some control over materials used, leaving the storm chaser free to cut corners in order to increase their profit. Most importantly, warranty repairs can be very difficult to obtain as most storm chasers leave the area as soon as the storm “plays out.” These companies are generally gone long before warranty issues arise.  The company is certainly not going to return from Florida or Ohio to repair a problem with their work. To make matters even more difficult, some storm chasers lease local company names so the appear to be local. Once they complete their work in the area, they leave. The local company is then responsible for the warranty work. Of course, the volume of warranty work is often so great the local company ends up out of business, leaving the homeowner with problems.
Storm chasers are also very damaging to the local economy. They deprive local contractors of business and decrease the number of resources you have when your roof suddenly springs a leak.

How to spot a storm chaser:
Storm chasers usually:

After a storm:
* Do not be rushed into signing a contract with a particular company. Get business cards and ask for written estimates for the work.
* Beware of a company that puts emphasis on how the homeowner can get a new roof paid for by the insurance company.
* Talk to your insurance agent and ask for advice on how to proceed in getting repairs made. Keep receipts for temporary repairs.
* Investigate the track record of any roofer or contractor you consider hiring. Look for companies with a good reputation in your community. Call your Better Business Bureau for help, get references and do not give anyone a deposit until you are sure they are reputable.
A legitimate roofing company should be able to provide the following:
* Local references and roofing testimonials
* Business License
* Roofing credentials
* Workers compensation insurance
* General liability insurance
* Written manufacturer warranties
* Written labor warranties
- See more at: http://www.bbb.org/central-georgia/business-reviews/roofing-contractors/industry-tips/roofing-scams#sthash.DyBRhrlo.dpuf
Posted by Leesa Bartu at 5:17 PM No comments:

1. Recognition of Visitors
2. Motion to verify that this meeting of the school board of the ExeterMilligan
Public School was duly advertised and that all board members were notified as to the time and
place of the meeting pursuant to board policy and practice.
3. Consensus Agenda: Items can be requested for singular consideration
Treasurer’s Report
Minutes of the May 14, 2014 Regular Meeting
June Expenditures
4. Old Business
A. Building and grounds improvement projects update
B. Preschool
C. Activity coop
requests
D.
E.
F.
5. New Business
A. Policy Updates
B. Approve teaching contract for Derek Harlow (Elem SPED/Title)
C. Milk price for 201415
recommend
increase from $0.35 to $0.40 (cost is $0.37)
D.
E.
6. Information / Discussion
A. Extra duty assignments
B.
C. Next Regular Meeting – July ______ at Exeter at 8:00 PM. Student Fees Policy and
Parental Involvement Policy Hearings Prior to Regular Meeting
7. Adjournment
Posted by Leesa Bartu at 9:31 AM No comments: 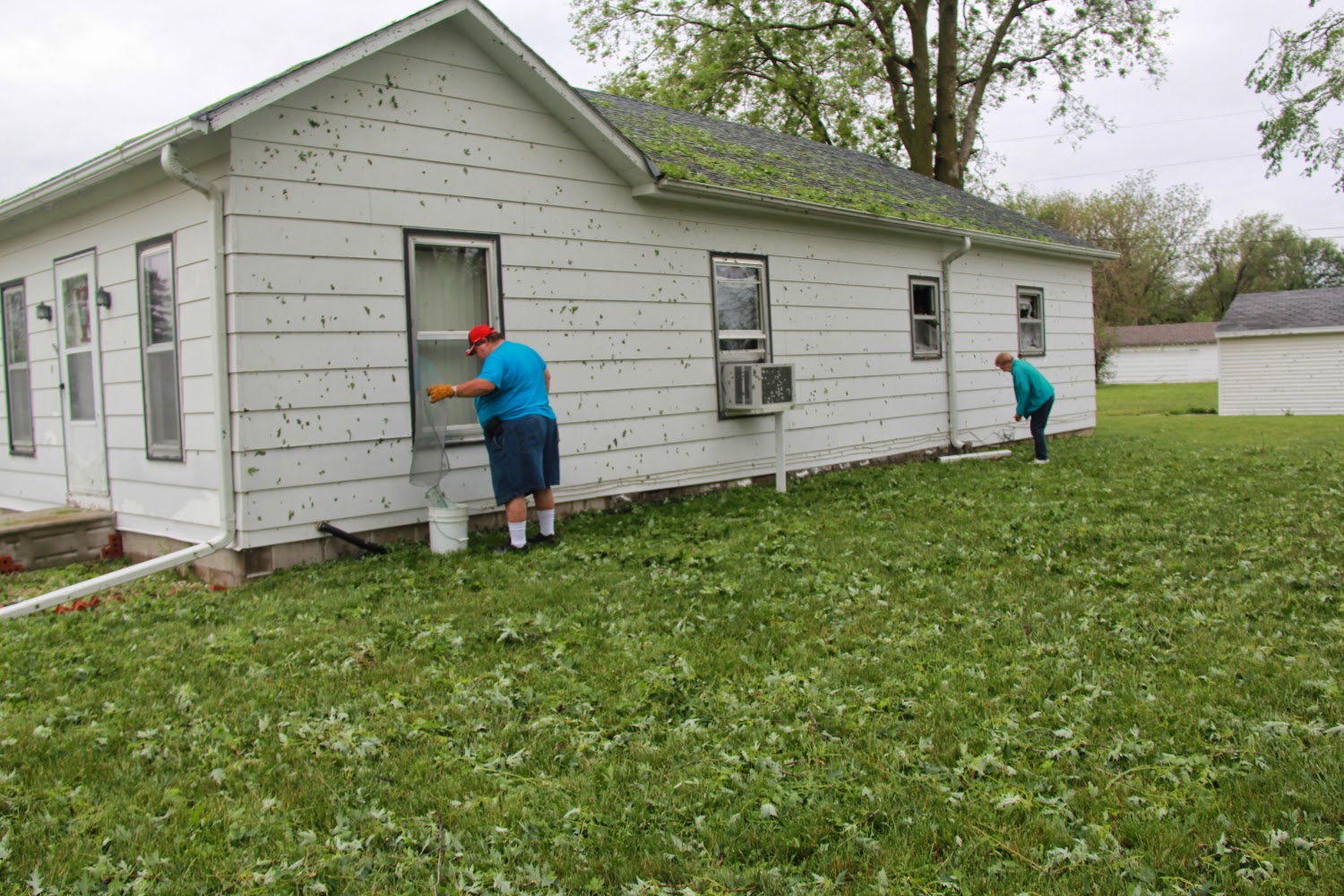 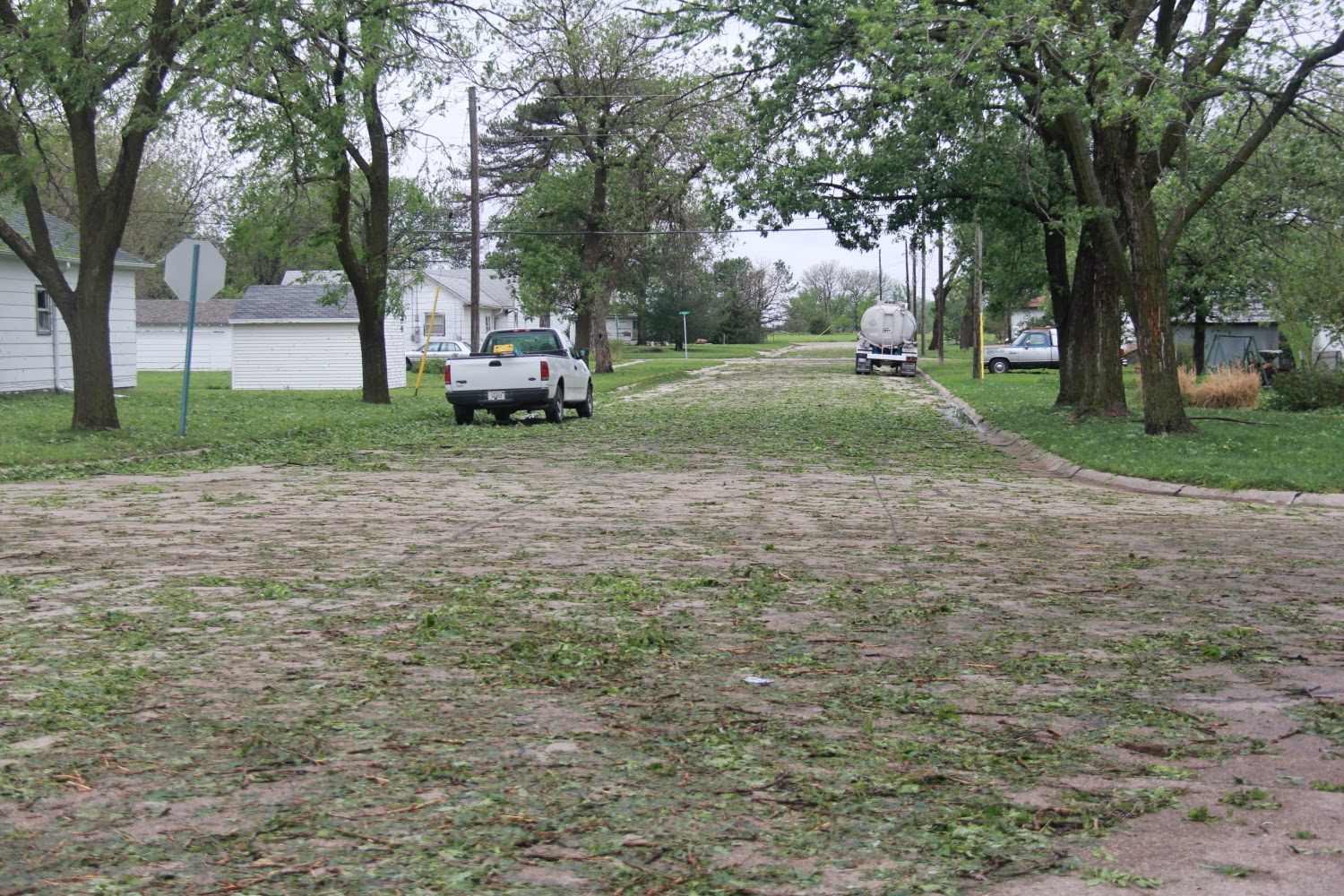 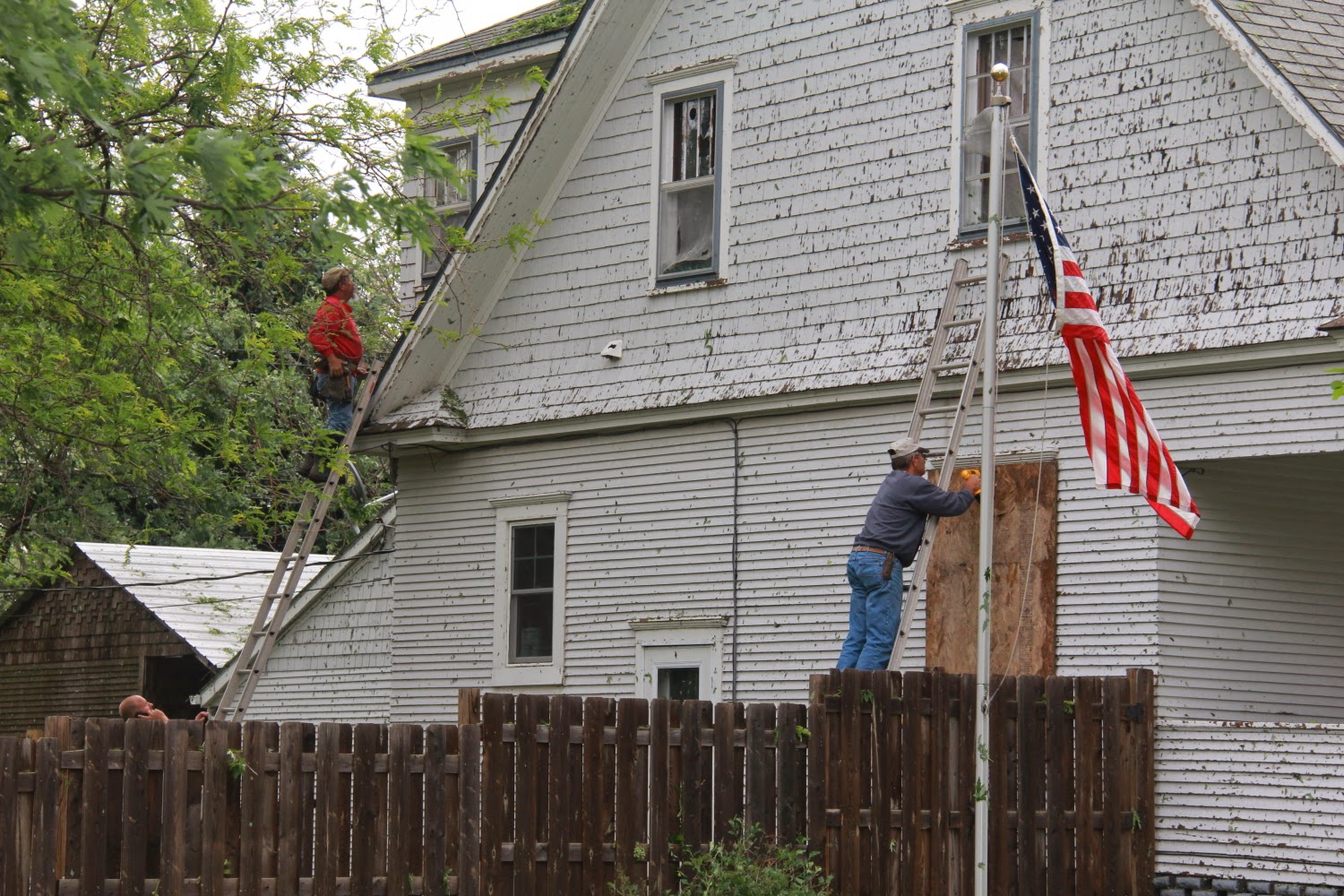 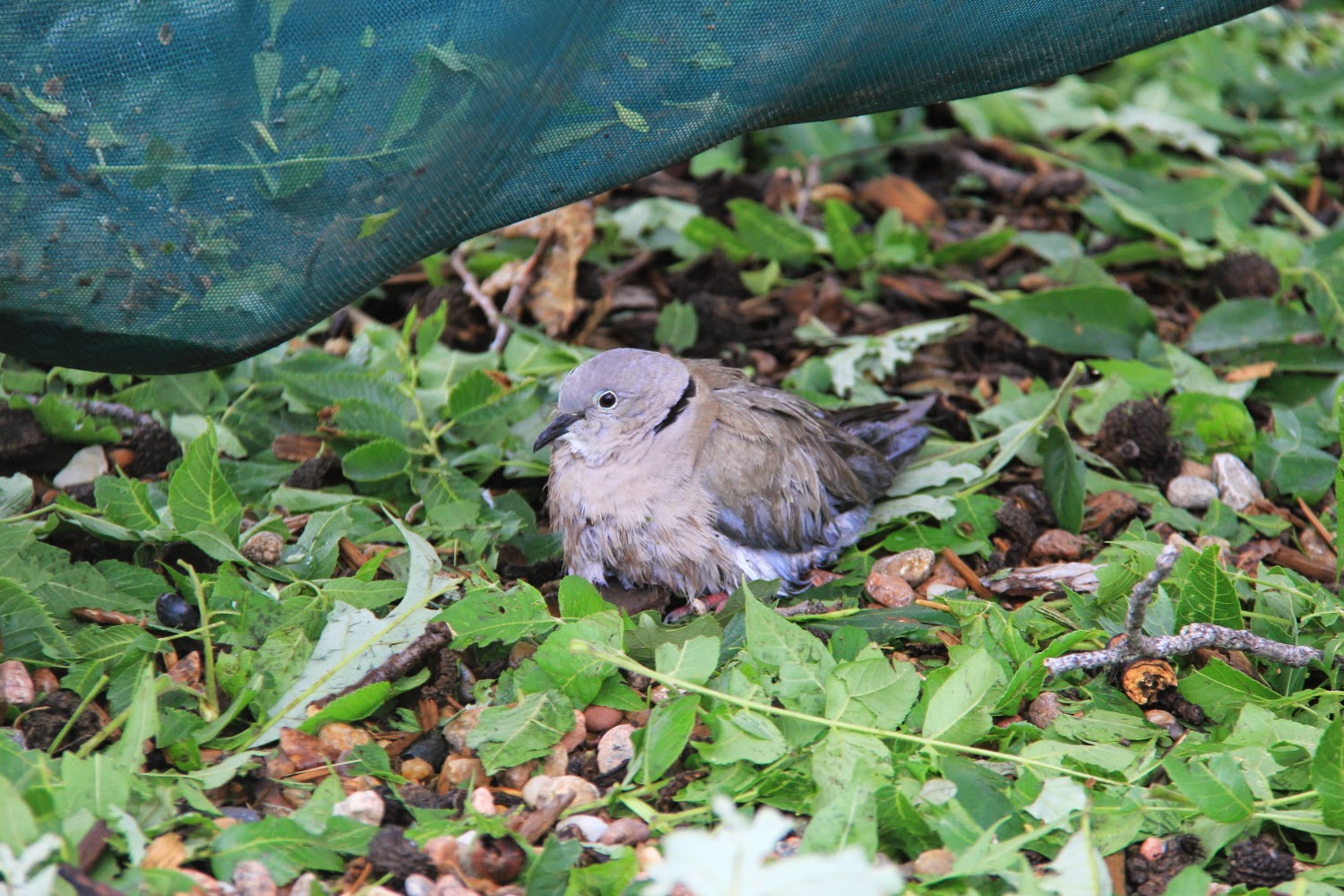 The village lost a lot of birds in the storm.  This dove was stunned but later recovered. 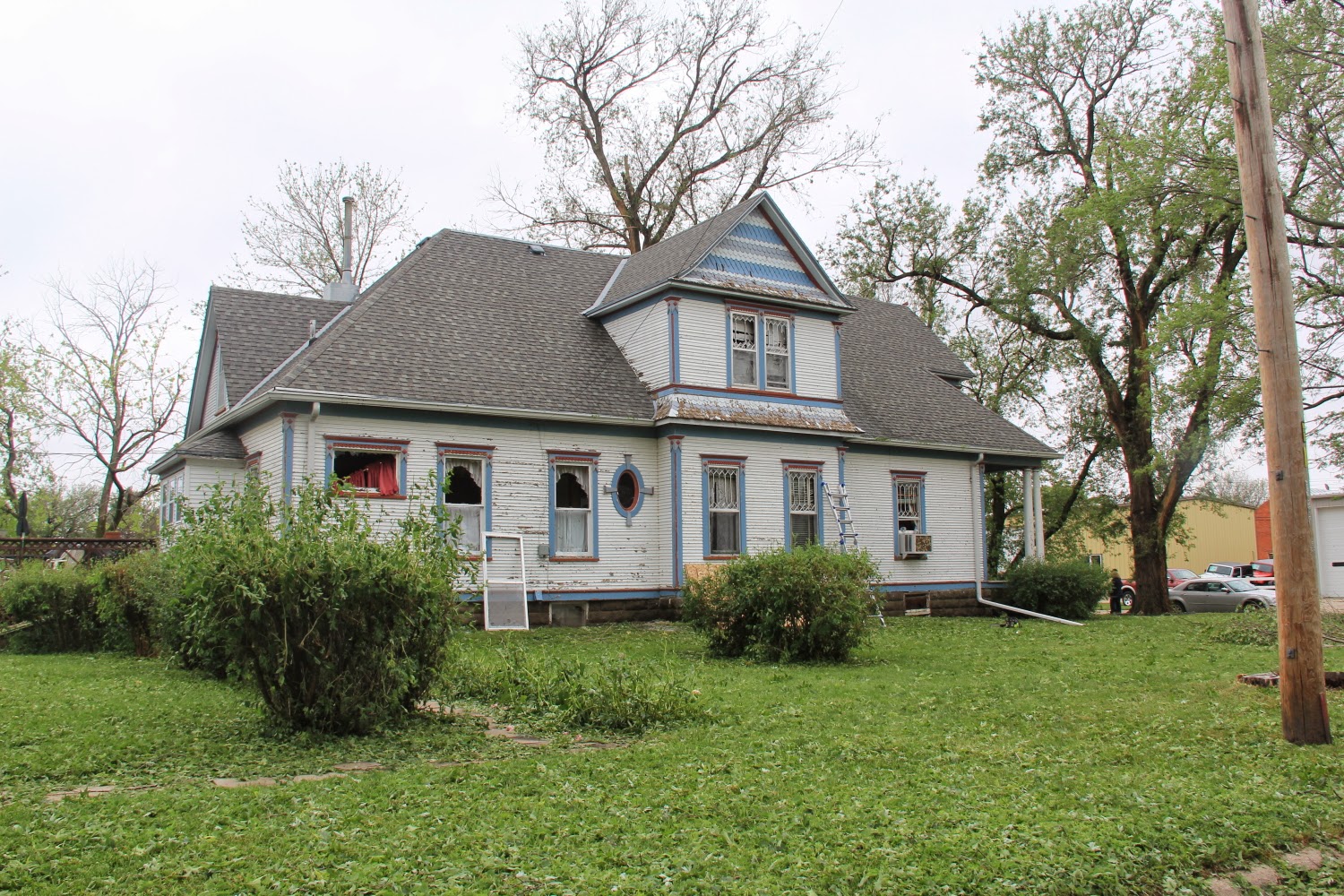 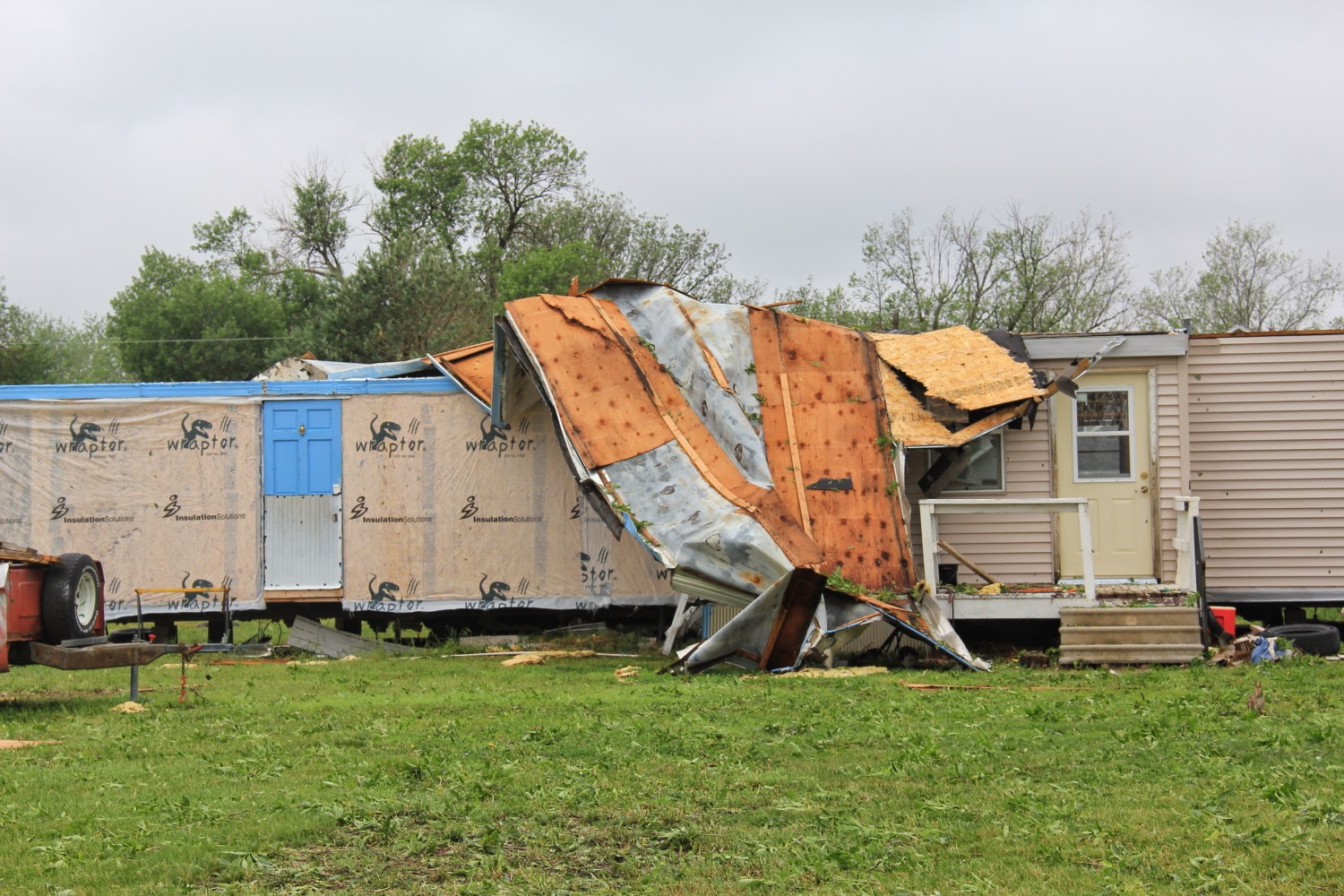 This trailer didn't fare so well in the storm. 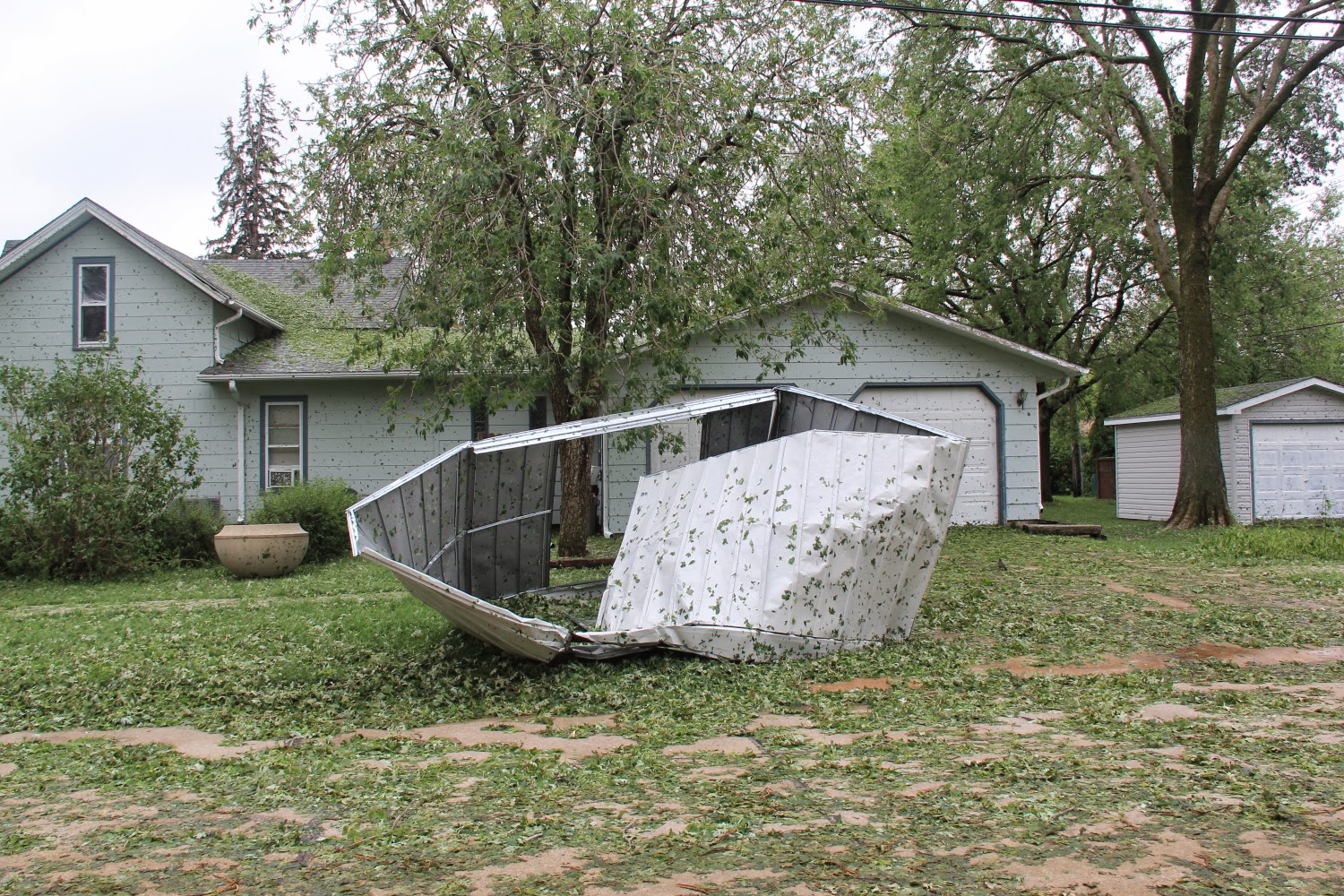 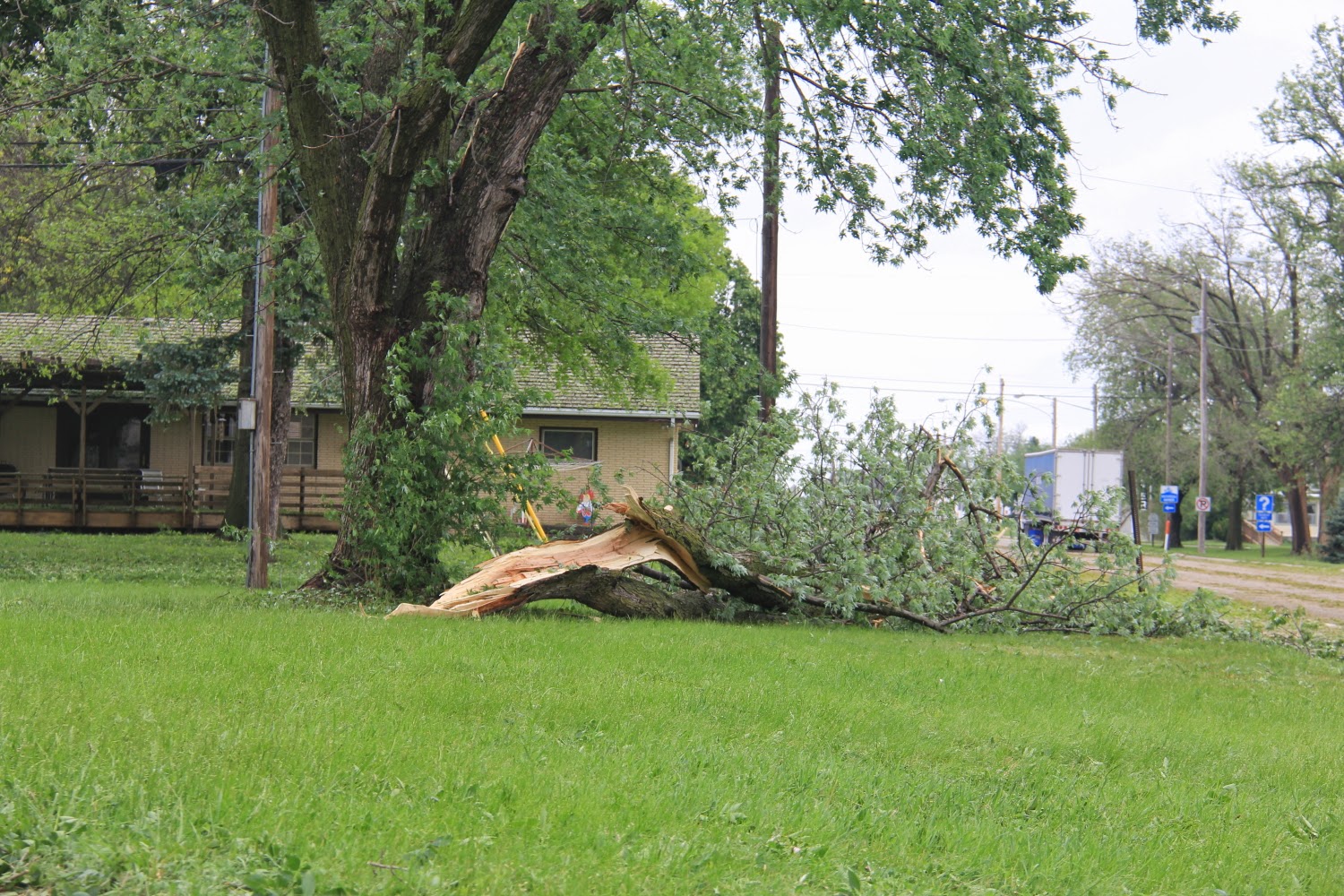 June 3 is a date the most Exeter residents won’t forget.   Around 11:10 a hail storm hit the area with sizes ranging from nickel to baseball sized hail stones.

Storm prediction centers had been warning for over a week of the high probability of bad weather on Tuesday.  Tornados, high wind, large hail and heavy rains were the main threats thought to be associated with the storms.

Rumors about the center of the predicted storm were flying faster than the storm chasers could drive.
Storm chasers had arrived in Nebraska en masse filling hotel rooms and driving around the area in their souped up, armored cars decorated with atennas and weather gizmos.

After a tense day on Tuesday, some Nebraskans were relaxing thinking that once again the storm prediction was more hype than reality.   Part of the concern associated with the predicted storm was the late night dangerous occurrences including a tornado watch that was until 1 a.m.

Exeter residents hadn’t seen a drop of rain all day but had muggy overcast conditions throughout the day.  Storms were primarily to the north and didn’t start to move to the southeast part of the state until late in the day.

Winds picked up in Exeter around 11:00 p.m. with the storm entering the village around 11:10.  Hail out of the north was reported in all parts of town along with high winds and heavy rain.  Nearly every home with windows on the north side had broken panes and hail damage.

Roofs, siding, gutters and fascia were also damaged on the north side.  Locals reported hail sized anywhere from golf ball and ping pong ball to baseball sized hail.  The hail came down for close to 10 minutes with an additional round of hail that followed close.  Wednesday morning found Exeter residents with piles of hail still frozen on their property.

The tornado siren did not go off in town but the hail certain was loud enough for everyone to be warned.  The greatest danger to residents was the glass breakage and the hail entering the homes.

With the first wave of repairs done, now home owners are waiting to hear from insurance adjusters before the real repairs begin.  Construction companies and roofing contractors had started to arrive in Exeter just a few hours after light.

With many rain gauges damaged a true total of rain is uncertain but estimated rainfall is about 3 inches.
Crops in the area were destroyed and several pivots south of Exeter were overturned along with severe damage at a bin site.

So many leaves were stripped off branches and landed in the streets of Exeter that the village maintenance department got the grader out to pile the leaves into windrows before scooping the large piles with the loader.

In the last few years the Exeter Chamber of Commerce and the Village of Exeter have worked to keep the Exeter neon sign in good working condition.  Unfortunately Tuesday evening’s hail storm completely destroyed the neon tubes on both sides of the sign.

Posted by Leesa Bartu at 9:25 AM No comments: