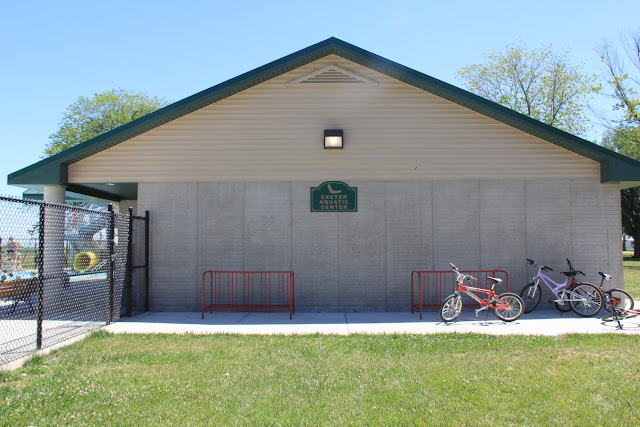 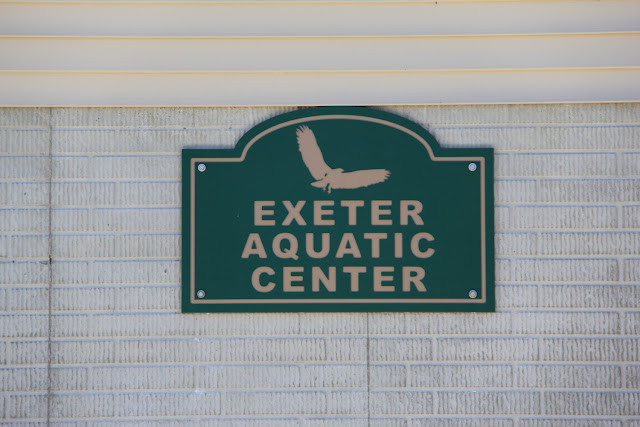 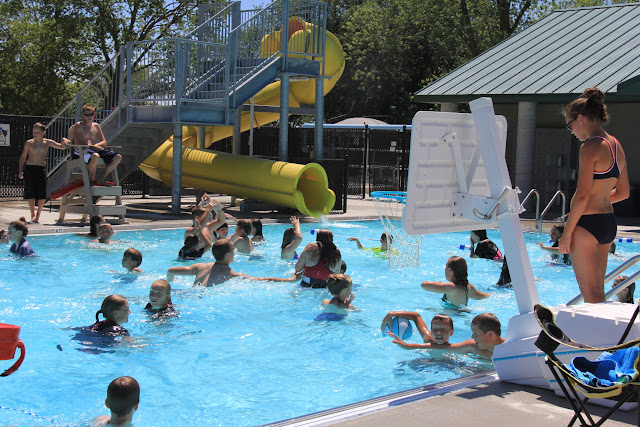 Exeter Aquatic Center got its new sign recently and the pool keeps busy all summer long.
Posted by Leesa Bartu at 7:30 AM No comments:

EXETER AREA GARAGE SALE DAY
is Slated for July 14th Contact # to list your sale is 266-2391
Sales will be from 8 a.m. - your choosing of ending time.
There will be a $10 fee and that will get your sale in the Paper and Printing of Posters and placement of posters in all the small towns around us.
You will need to make your own Direction signs to your sale.
Hope to be hearing from you to list your Garage Sale!
CUT OFF DATE FOR LISTING IS FRIDAY JUNE 30th At NOON.

The Village of Exeter is sponsoring a large dumpster this SATURDAY, June 16 at the City Shop

starting at 8 AM until 2 PM or whenever it gets full.

Items NOT ACCEPTED are: tires, appliances, batteries, oil, paint or shingles.
Posted by Leesa Bartu at 7:30 AM No comments: 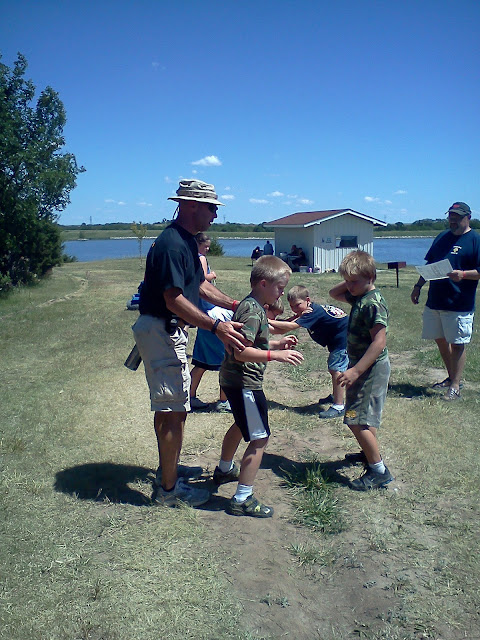 Braden Capek, left, and Ben Bartu, right get instruction on some wrestling moves for their Bear achievement. 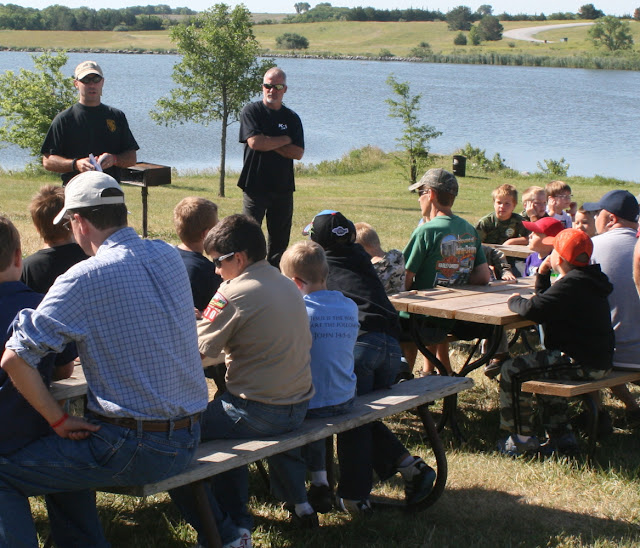 The Scouts at the Prairie Winds District Camporee hear from Seward Police Sargent Michael Hammond about how they can help the police department.


Willard Meyer Recreation Area near Tobias was crawling with Cub Scouts and their families as the Prairie Winds District of the Cornhusker Council held their first annual Cub Scout Camporee last weekend.

Over 150 Cub Scouts and their family members descended on Swan Lake for the overnight camping at the LBNRD area.  Almost all of the scouts from Pack 218 in Exeter attended. Friday evening the scouts and families gathered at a community campfire to sing songs, perform skits and have s’mores.

Scouts from Seward, York, Geneva, Utica, Friend, Exeter, Milligan, and Fairbury attended the event.
Saturday morning Pack 180 of Utica led the flag ceremony and the groups were divided by rank.  Scouts headed to four different stations to complete achievements toward their rank badges.  The Tiger cubs also earned their Bobcat rank, took a hike, made a picture frame and watched the weather.

Wolf scouts learned all about tools, made a bookshelf, worked on all different sorts of athletic events and learned about recycling.  Bear scouts had the opportunity to earn their whittling chip learning about pocketknife safety, heard from a police officer, learned wrestling moves and did all sorts of knot tying.
Webelos scouts were treated to a session with a tomahawk throw run by the Prairie Winds Order of the Arrow, earned their Outdoorsman Webelos Pin, their Naturalist Webelos Pin and worked on their craftsman pin. Boy Scouts from Troop 270 (Friend), Troop 256 (Seward) and Troop 173 (York) assisted with the event.

All of the scouts had the opportunity to shoot bb guns and shoot at an archery range.  The scouts and their families enjoyed a long lunch period so that they could fish or cookout.  Afternoon sessions concluded at 4:30 so that the scouts could take the opportunity to clean up the area and receive their patches before the closing flag ceremony was led by Pack 256 out of Seward.
Posted by Leesa Bartu at 7:30 AM No comments:

A permanent Verizon tower is still awaiting final approval next month but rezoning approval brought the tower project one step closer to reality.

According to a representative from Verizon who was present at the hearing, the temporary tower that is now in place at the Exeter football field will be moved to Milligan once the new tower is completed and working.  It was estimated the construction would be complete mid-July.

The board reviewed the recommendations made by the Fillmore County Zoning Commission and had the option to approve or deny the recommendations by the zoning commission.  The zoning change to a conditional use only was approved but no resolution was made.  The second part of the hearing was to approve the application for the conditional use permit to construct a 105’ cell tower.  The board will vote on the resolution next month.