The Exeter-Milligan Lady Timberwolves defeated Meridian Friday afternoon to secure their spot in the District finals Saturday at 9 p.m. in Lincoln. They will play Howells at the Coliseum for the final game. The game will also be aired on channel 12 at 9 p.m.
Posted by Leesa Bartu at 4:50 PM No comments: 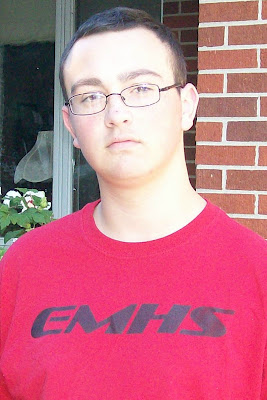 The council is a group comprised of high school juniors and seniors from across the state, and is designed to involve Nebraska students in the processes of government and law. As a member of the Attorney General's Youth Advisory Council, students are encouraged to share an open dialogue with General Bruning and contact him to discuss their opinions and ideas on events and matters within the state and their local communities.

Each year members of the council will be invited to attend a conference in Lincoln where they will have the opportunity to meet with the Attorney General to discuss issues involving the law and state government. Additionally, during the conference, the students participate in a full-day of activities designed to expose them to several aspects of the legal system.

Members of the council are nominated by state senators and educators from their area. In order to be selected for the council, students are required to submit applications, including an essay on the importance of civic responsibility.

Trauger also served as a member of Congressman Adrian Smith's youth council.
Posted by Leesa Bartu at 9:16 AM 1 comment: 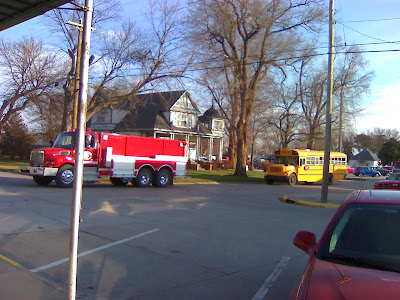 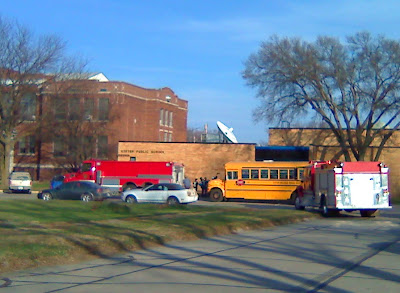 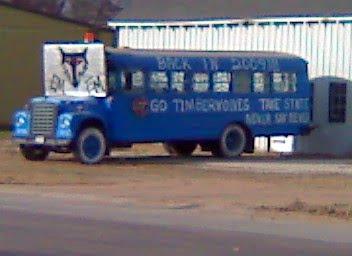 The Exeter Milligan Timberwolf Volleyball team headed for Lincoln this afternoon to play the first of hopefully three state playoff games. Tonight the girls play Winside at Lincoln East High School at 6:30 p.m. They were escorted out of town by the Volunteer Fire Department with lights and sirens.

The Championship game will be played at the Coliseum on Saturday at 9 p.m.
Posted by Leesa Bartu at 6:10 PM No comments: 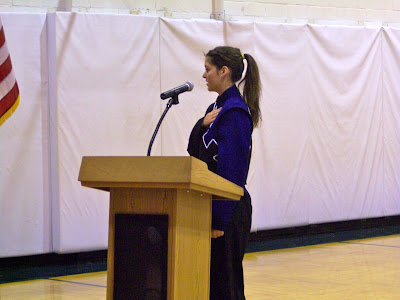 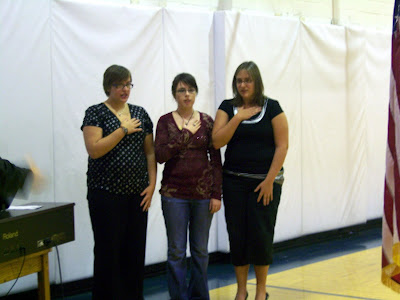 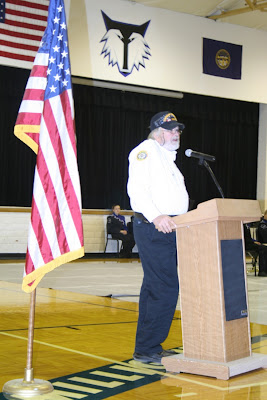 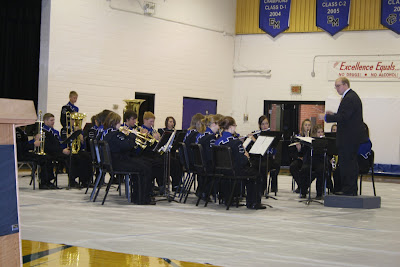 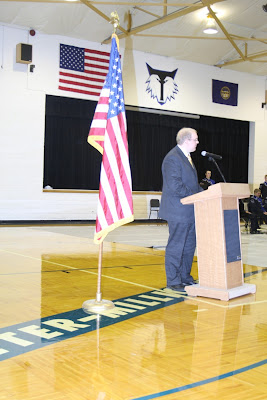 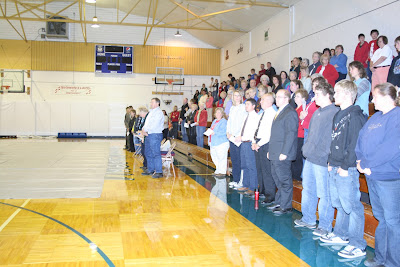 Once again area veterans were honored at the Exeter-Milligan gymnasium for the 2009 Veteran's Day Program in Exeter.

He told the story of Greenwood, Ind. native Clay South who was injured five years ago in Iraq sustain extensive facial wounds from close fire and a grenade explosion who has created "Veterans of Valor" and despite 40 reconstructive surgeries and continuing medical challenges "spends most of his time visiting fellow servicemen in hospitals bringing them backpacks of items like ipod's and portable playstations. He continues to accomplish extraordinary things but he is by no means alone."

Wilbeck noted the many veterans who now run companies like AOL and Federal Express who "honed their leadership skills in the military."

He reminded the crowd that men are not the only members of the service anymore. He told the story of Army Specialist Monica Brown, who while she was still a teenager and medic in Afghanistan she "ran 200 yards to a burning Humvee and helped pull the soldiers from the burning vehicle and performed lifesaving first aid." She was awarded a silver star for her efforts.

Sometimes with our military taking the brunt of the brutalities of war those at home might forget that it was "America, not the American military that Al Queda declared war on," said Wilbeck.

In his closing thoughts Wilbeck repeated the famous words of Churchill "so much is owed by so many to so few" and charged the crowd to honor veterans with deeds and not just words.

Prior to the band playing the theme from and Schindler's List and Pride of the Corps band director Mr. Shane Whitford explained the story behind the movie Schindler's List. 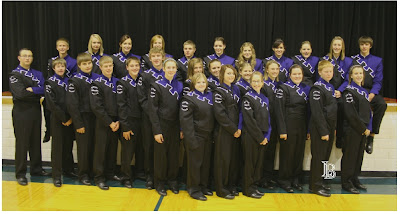 After the Veteran's Day Program the Exeter-Milligan Band posed for a photo in their uniforms
Posted by Leesa Bartu at 1:21 PM No comments:

The Timberwolves running game was stopped by the Bobcats with Shane Manning leading the pack with 10 carries for 27 yards. Ryan Harre, another senior carried the ball six times with Horne keeping the ball twelve times for a total four yards. Rischling ran five times for 16 yards.

This will end the Timberwolves season while the Bobcats will move on to the semi-finals and will most likely reach the finals for the eighth time in the last twelve years.
Posted by Leesa Bartu at 9:03 PM No comments: