Milo was a savvy businessman and owned several companies during his life including trucking businesses and a motel. Milo & Sylvia lived in Exeter, Grand Island, and McCook, Nebraska, Palm Desert and Niland, CA Tucson, Wickenburg, and Peoria, AZ.

Milo never let anyone remain a stranger for long. He made friends with everyone he met.

Services were held on Tuesday, June 5th at 1:30 pm at the Wickenburg Bible Fellowship Church 970 N. Tegner St. Wickenburg, with Pastor Rodney Hackett officiating. Memorials contributions can be made to Exeter-Milligan School Foundation or Make a Wish Foundation. Services in Exeter will be on Saturday, June 16th at 1:30 p.m. at the Exeter United Church of Christ.
Posted by Leesa Bartu at 10:08 PM No comments: 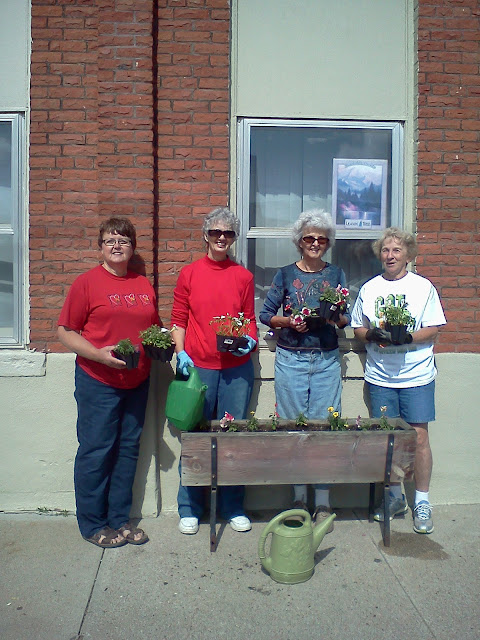 The Exeter G.F.W.C. Woman’s club members gathered to plant the flower boxes on main street in Exeter as they do each year.  The ladies, pictured from the left are Elaine Oldehoeft, Karen Chapman, Judy Dinneen and Agnes Loukota.  The club members will water the flowers and help keep Exeter beautiful all summer long.
Posted by Leesa Bartu at 7:30 AM No comments: