Do you know the story of Captain Dale Rasmussen of Exeter who died in a B-47 in 1961 in Wisconsin? To read the story in the Lincoln Journal Star click here
Posted by Leesa Bartu at 7:30 AM No comments: 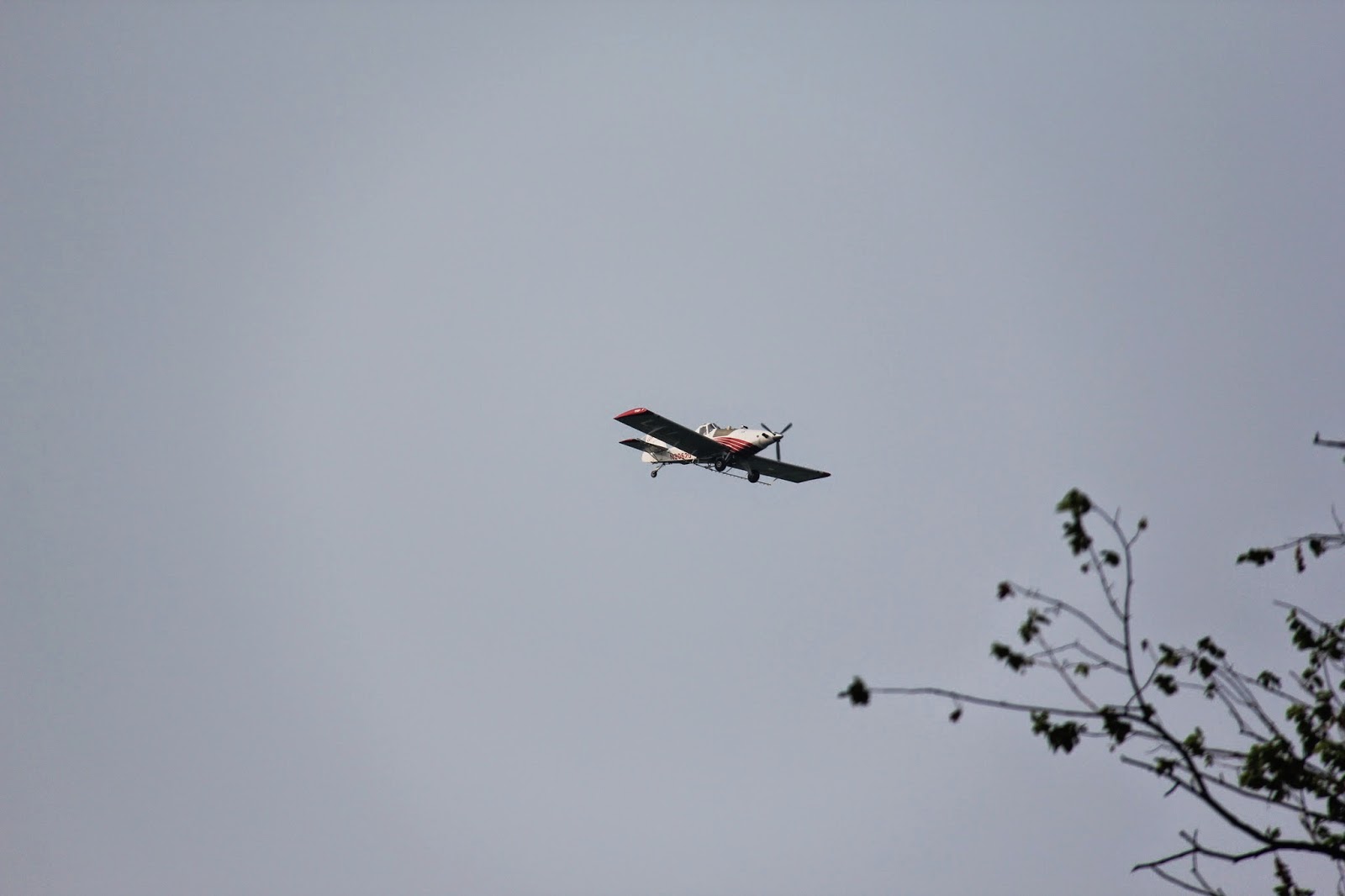 It seems you can't look up in the skies on some of these days without seeing a crop duster buzz by.  It's that time of the year.  Although, last Thursday, July 17th, the skies over Exeter were also full of military jets.  For a while the clouds were thick and the planes hadn't been sighted but the sonic booms were a bit ominous.
Posted by Leesa Bartu at 7:30 AM No comments: 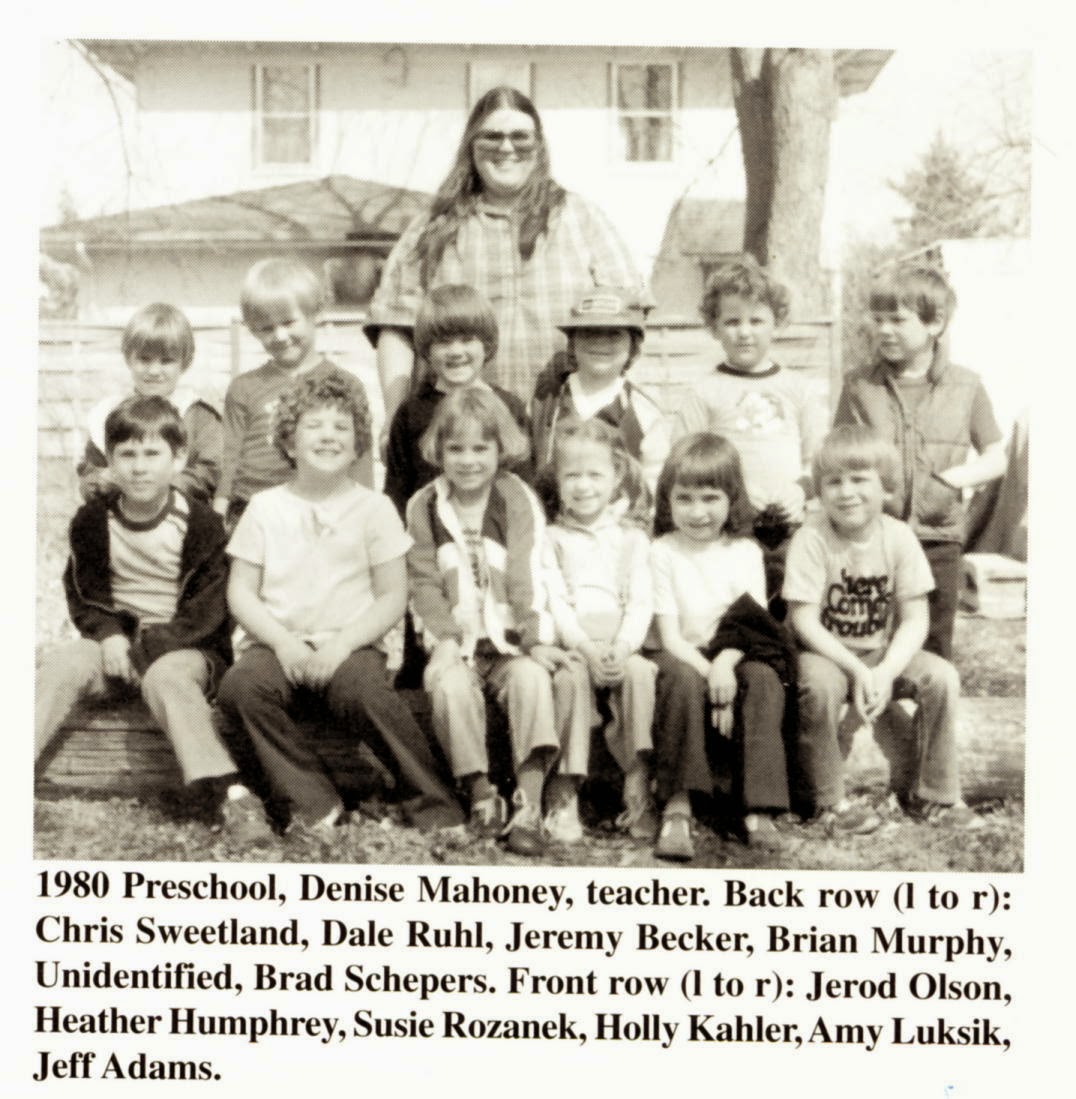 Come and join the Exeter Volunteer Fire & Rescue Department in celebrating Exeter Days! Gate opens at 5:00pm and its FREE to get in and enjoy a BBQ dinner of pork or chicken and Country music by the Southern Cross Band until 1:00am!
Friday night softball tournament starts
Saturday:
9 a.m. Bullhead Fishing Tournament (check in at the Fire Hall)
11:00 - 1:30 p.m. Boy Scout Food Stand at Ball Shack
5:00 p.m. Rusty Nichol at the Beer Garden
Posted by Leesa Bartu at 7:30 AM No comments:

Swimming Lessons in the Books


Once again the Exeter Aquatic Center offered two weeks of swimming lessons to area youth.  The swimmers braved temperatures that were a bit chilly for summer each morning for the lessons.  One the last day of lessons, with testing over, the swimmers enjoyed some pool games and some diving. 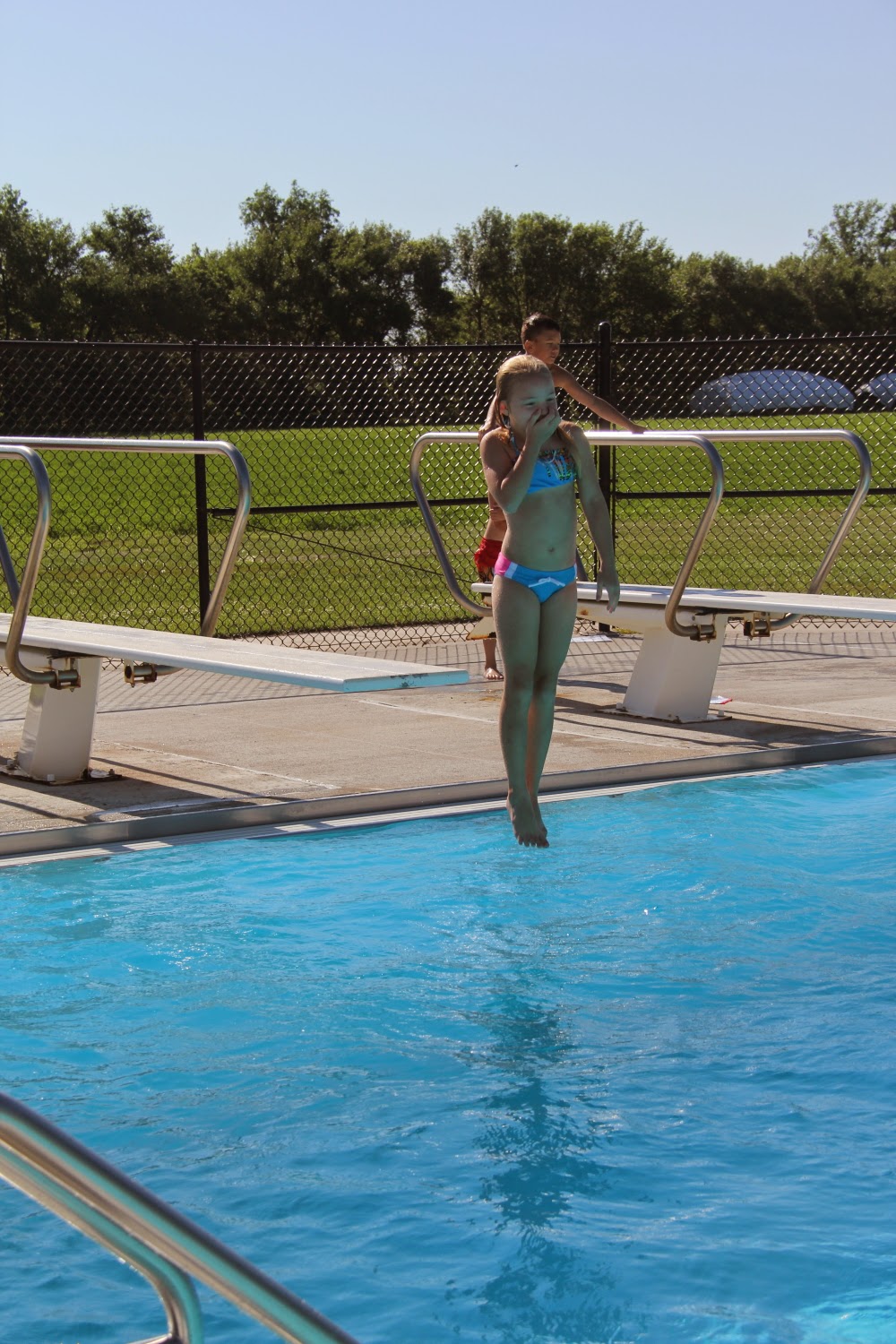 Savannah Horne jumps in off the diving board. 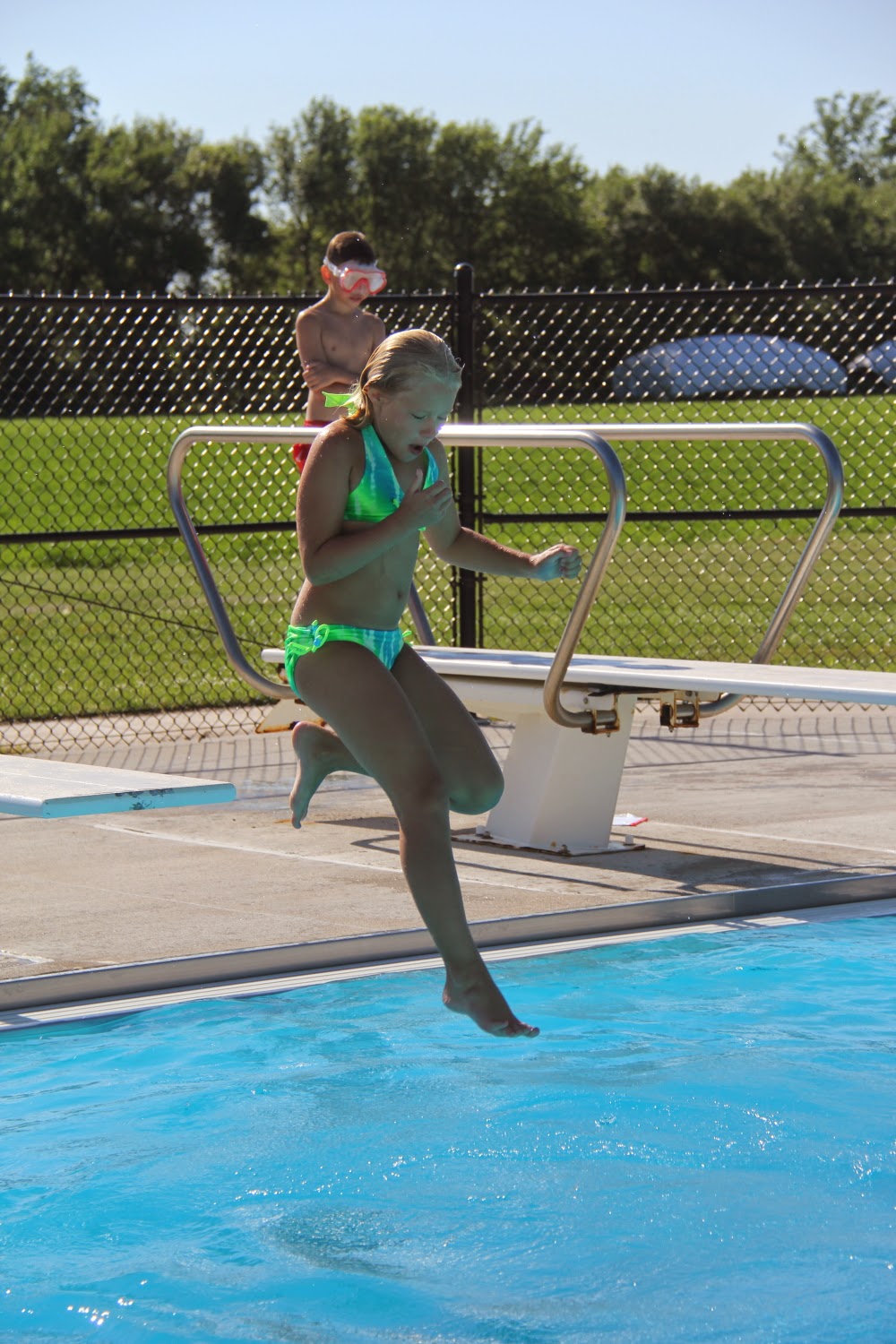 Shelby Steyer of Friend isn’t sure she likes where she is headed off the diving board. 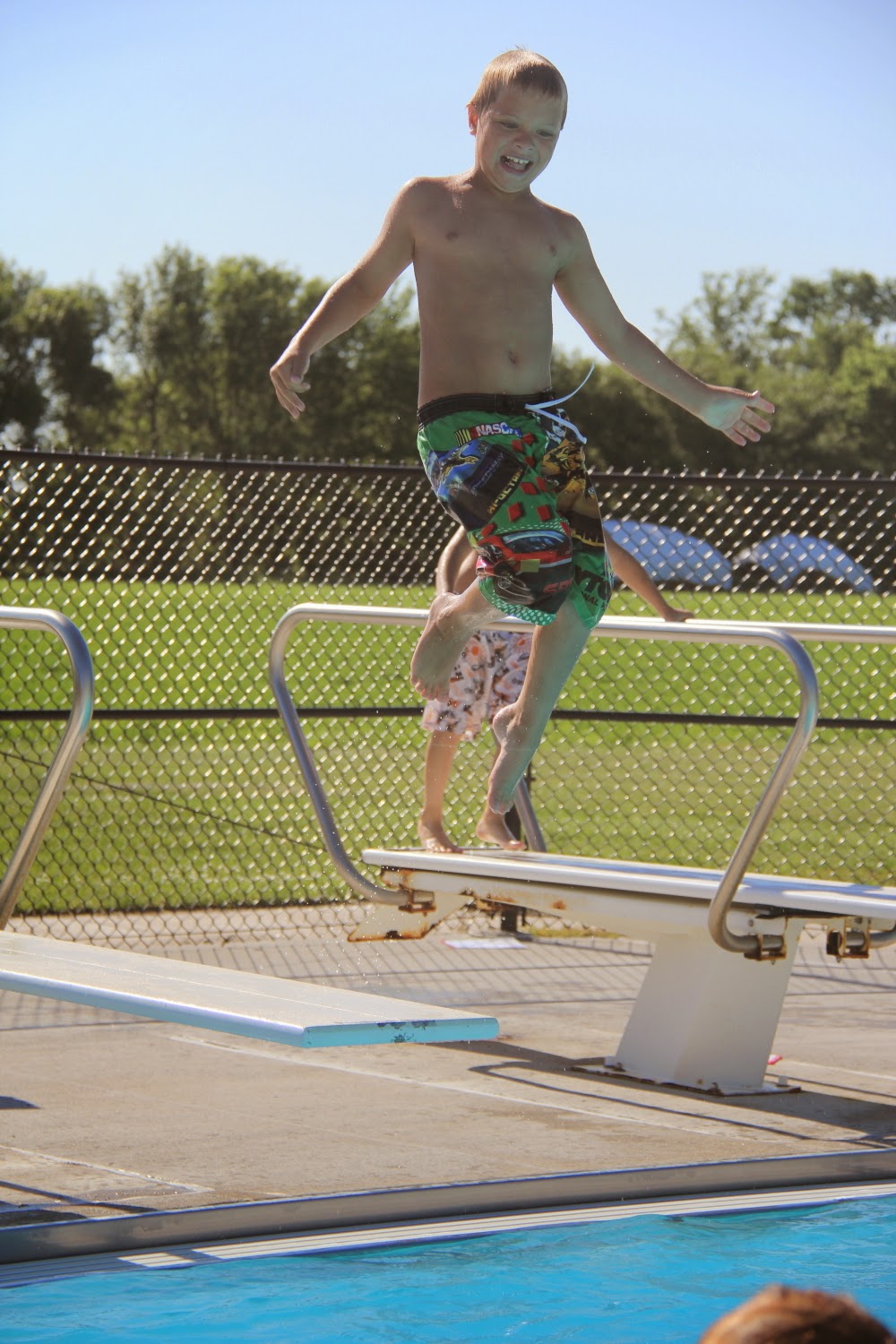 Mikey Bartu gets ready to make a big splash off the diving board. 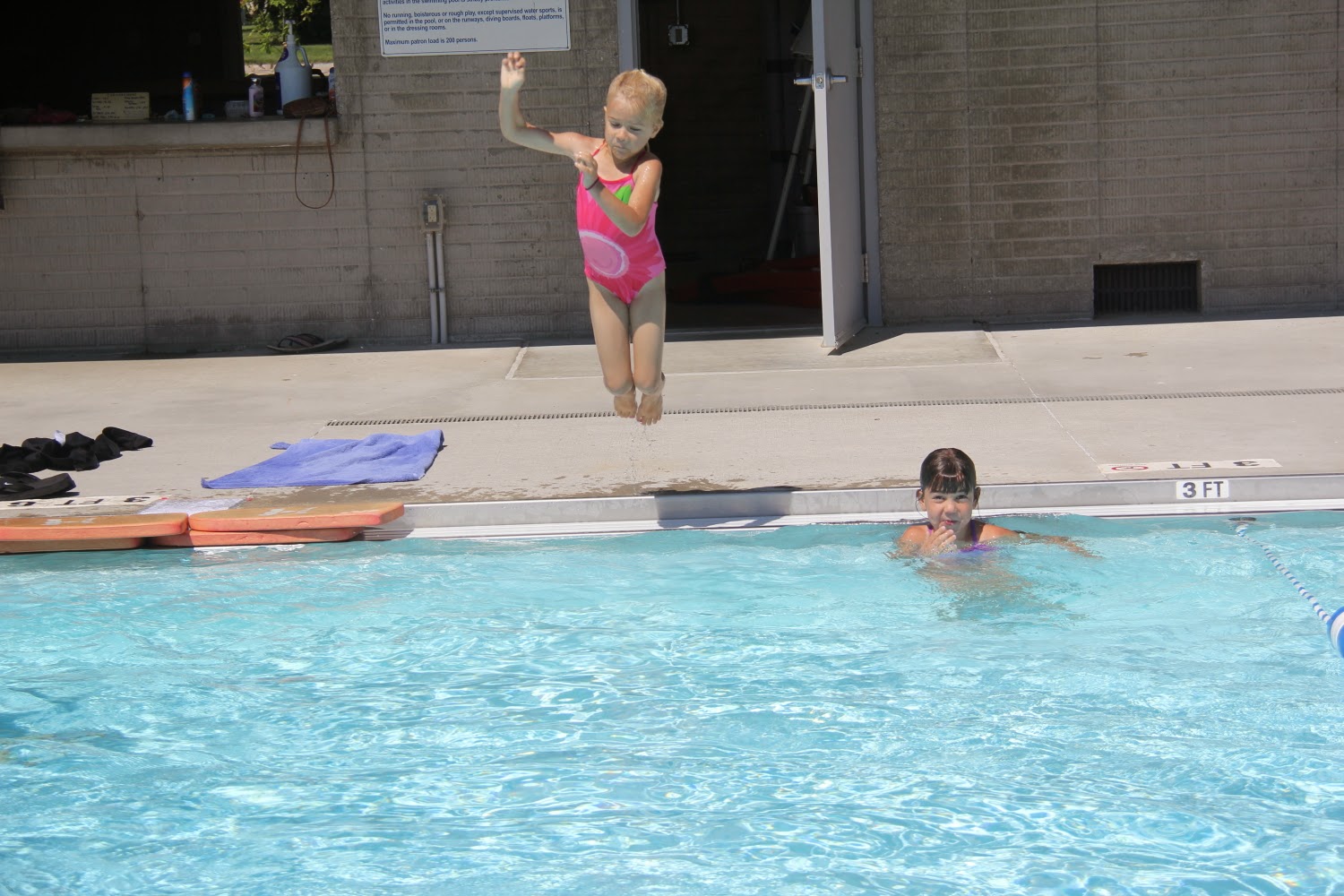 Selah Petersen jumps into the pool for her lesson.  Brookyln Oldehoeft watches her from the pool. 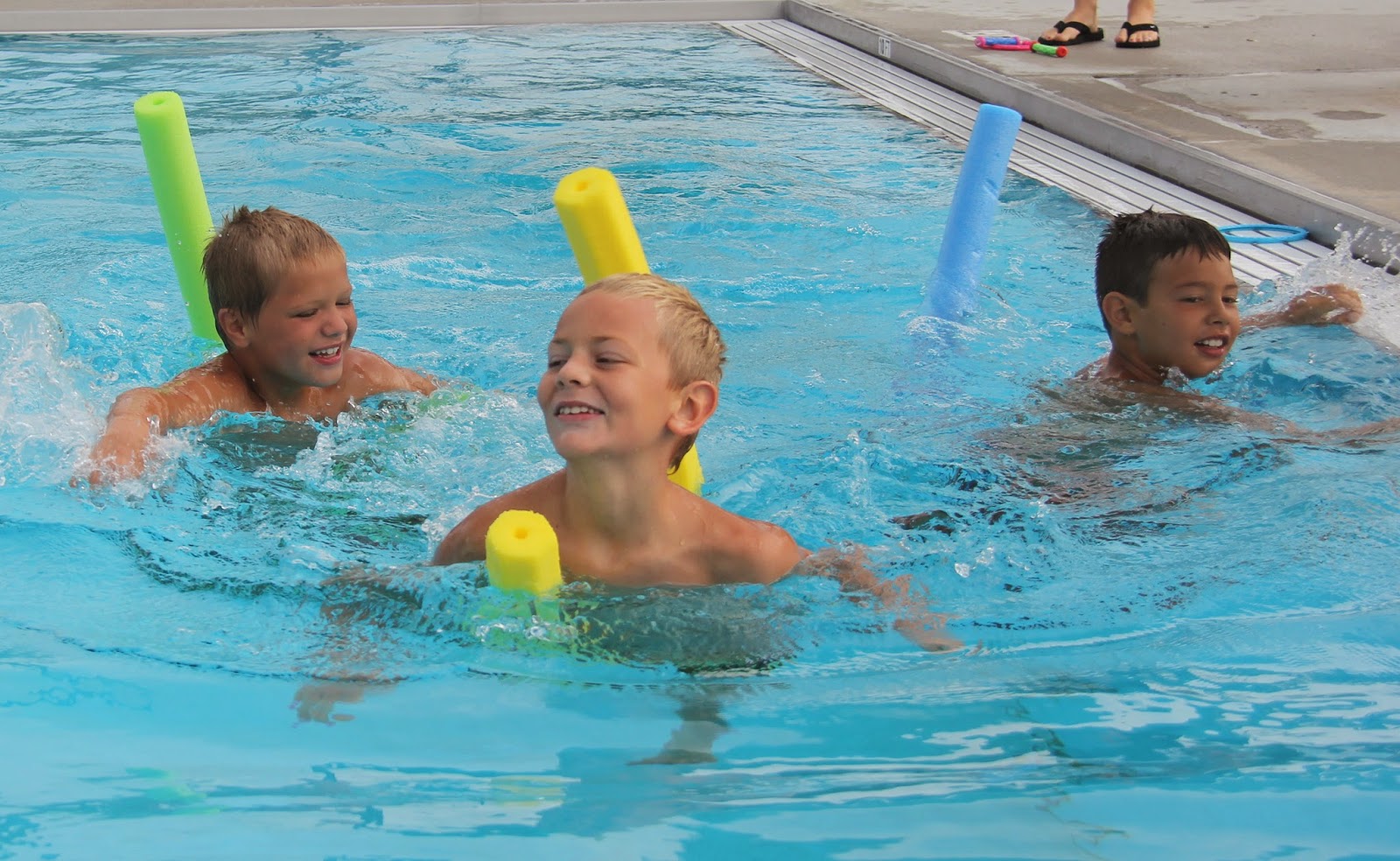 From the left Mikey Bartu, Tyler Due and Devin Harrison race to the edge of the pool riding on pool noodles.
Posted by Leesa Bartu at 7:30 AM No comments:


The Exeter-Milligan School Board met on Wednesday, July 16th at the Exeter site.  The agenda for the meeting was light and included very little new business.

Before the meeting was opened the board held a hearing on student fees with Superintendent Paul Sheffield explaining the need for the annual hearing, “We are required to hold a meeting but we technically don’t charge any student fees.  Any time we buy t-shirts or books we run those funds through the student fees account.  If a student makes a project in a technical skills class then they pay for the project.  If they can’t afford to pay for the project that we provide a project.”

After the hearing on student fees was closed a hearing was held on parental involvement.  Sheffield explained that the Exeter-Milligan district has a general policy and also one for Title 1 students.

After closing that hearing, breezing through the bills and approving minutes, Haylee Sheffield gave a presentation on her silver award winning National FCCLA project.  She shared the importance of recycling and displayed the entertainment center that she had recycled into a play kitchen.  Haylee also gave a report on her time in San Antonio, Tex. at the National FCCLA conference with her family and advisor Mary Lou Vossler.

A building and grounds project update was shared.  Sheffield reported that the Fillmore County Emergency Manager Jim Dunker had shared some emergency information with him and they are working on the idea of incorporating a safe room in the district.  He noted, “This could be eligible for funding from FEMA.”
School Board President Dr. Sharon Kuska encouraged this project, “It is important that the community know that we are talking about providing this (a safe room).”

Sheffield also reported that the cement work at the track renovation is completed and the overlay will come in early September.  He also informed the board that the TYKE preschool playground was installed and is just awaiting the rubber surface.

Continuing with the building and grounds subject Sheffield shared some of the results of the July 2nd visit of the insurance adjuster inspecting the storm damage.  He reported that the school car was totaled but the district opted to keep it to use it for driving back and forth to Milligan.  Also, the red mini van was damaged but a tree that fell.  The elementary windows were replaced and he expected the carpet to be laid soon.

Sheffield had investigated the tree damage at the Exeter campus and found that several trees had ash borer and after contacting the Extension office found that the trees could not be saved.  He also noted a tree that had grown too close to the building foundation that would have to be removed.  Tree removal has been scheduled and will be completed before August 1st.

Sheffield noted that the pine trees on the east side of the elementary school had been severally damaged by the hail storm and when they were  inspected pine wilt was found and they will have to be removed.

The board moved on to a discussion on the invitation they extended for the Friend junior high boys to join the Exeter-Milligan junior high football team.  Sheffield reported that there was a verbal acceptance from Friend, but the Exeter-Milligan Board felt there should be a written acceptance or a motion from the Friend School Board.  Board Member Brent Moore expressed concerns about liability issues.

Last month the Exeter-Milligan board reviewed changes to the policies.  This month, the board approved policy changes which addressed tobacco vapor products and the post-concussion return to school policy among others.

New business was introduced with the first item being budget.  Sheffield reported they are just getting started but “our levy may go down to .60 since valuations are projected to increase $1000 per acre for farm ground.”

The 2014-15 student handbook was reviewed by the school lawyers.  “The changes have been highlighted and will go out to our students are parents this way.”

The census report was also presented to the board and was approved.  It will now be forwarded to the state.

The board approved Conley Straight as a local substitute.

Sheffield reminded the board that there will be an open house at both sites on August 12th from 5 – 7 p.m. and the next school board meeting was set for August 13th in Milligan at 8 p.m.
Posted by Leesa Bartu at 11:52 AM No comments: