Did you know that Williams Jennings Bryan made his first political speech in Exeter.  Mr. Bryan was attending the university at the time.  A speaker was to come to Exeter for a Democratic rally, but canceled his appearance and Mr. Bryan was asked to take his place.  The rally was held in the room about the Taylor store.  Mr. Bryan made two more speeches in Exeter but the dates are not recorded.
- from The Fillmore County Story
Posted by Leesa Bartu at 7:30 AM No comments:


The Exeter Chamber of Commerce met on Wednesday, July 13th at noon in the conference room at Horizontal Boring.

The chamber is comprised of multiple Exeter businesses and sponsors many activities in the community.  They are most well known for their free annual pancake feed each March.  They also sponsor the annual Easter Egg hunt, visit with Santa and drawings for turkeys and hams in the fall.

Currently the chamber is discussing the direction the group wants to move in during the next year. Several ideas including transformation to a community club were discussed at the meeting.  The group also discussed a rallying event for the community of Exeter along with the challenges that come maintaining a yearly event.

The input was positive about including more members of the Exeter community by creating a community club rather than just business members.

The chamber members plan to meet again on Wednesday, August 3 for another meeting to continue the discussion.  This would be the time for all chamber members to give their input on any changes for the future. The chamber would also welcome communication from community members. If you are not able to attend the meeting but want to share your ideas please contact Alan Emshoff, John Graham or Greg Yound.
Posted by Leesa Bartu at 7:30 AM No comments:

The Exeter Village Board met on Tuesday, July 6 with a very short agenda.  After approving the minutes from the June meeting, the board reviewed the invoices. Chairman Alan Michl noted that the asbestos removal bill was lower than the $4400 estimate after Village Maintenance Supervisor John Mueller protested the bill due to the lack of asbestos found in the building.

Digging right in, the board approved the replatting of lots for Brian Murphy in the H.G. Smith addition of the village. Board member Kathy Erdkamp broached the subject of the responsibility of the village in regards to sewer and water access if the event that the lots are sold and the new owners want to build homes.  Michl noted that the village usually assists the homeowner with water to their lot but the homeowner is responsible for the sewer. He also informed the board that water is already in front of the two lots.

The board approved  Resolution 16-04 a collateral loan to remove the tag factory for the amount of $170,000.00 Michl noted that the loan included the demolition along with the asbestos removal.  The note is for ten years with no pre-pay penalties.

There was no Marshals report.

The maintenance supervisors report included an update on the recent water main break and subsequent boil water notice. Mueller reported that all was repaired with a great deal of assistance from community member Tom Husa.  Michl and Clerk Becky Erdkamp have been researching the legal reimbursement of temporary employees in an emergency situation for meals and expenses.  Husa refused payment.

The board discussed purchasing a bucket for the loader for out at the tree pile that would assist in sifting through the burnt ash.  Mueller found a used one for $6500. Board discussed the options and decided to table the item.  Mueller will get more information on it to present to the board.

The board discussed precautionary measures in blocking off the demolition areas especially the building next to the village office.  They also discussed the possibility of purchasing the concrete barriers brought in by Pankoke to put behind the gravel pile to assist in loading the gravel.

Clerk Becky Erdkamp reported that sales tax for April was 25,294.37 with the majority of the money coming from car sales tax proceeds.  She also reported that keno for May was 338.27. She, along with Michl, Vice Chair Tim Wilbeck, and Mueller met with JEO Engineering to discuss the paving on East Boundary on the truck route.

Michl noted that they were “Throwing around the idea of doing some additional paving three or four years down the road.  We have some bonds that will be retiring so we want to redo those."

Included in the discussion with JEO was the possibility of revitalization downtown including new street lights downtown and some infrastructure issues.  “This isn’t going to happen overnight, we are going to look at funding too and it could be in the next few years,” explained Michl.

Exeter-Milligan Superintendent Paul Sheffield gave a report on the JPA construction progress.  He noted that the fire marshal will inspect on July 18 and then the teachers will be able to start moving into the classrooms.  He reported that several of the finishing items are delayed including the metal siding and also the gym ceiling.  They will be keeping the curved ceiling in the gym but a new material will be put in place.  The new gym ceiling will not be finished until after school starts.

Sheffield noted that there will be a community open house at both campuses on Monday, August 15 from 5 – 7 p.m.

Photos from the Past: Rural School District 24 1936 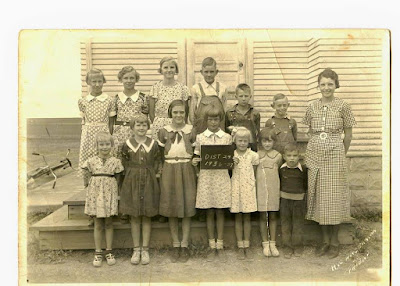 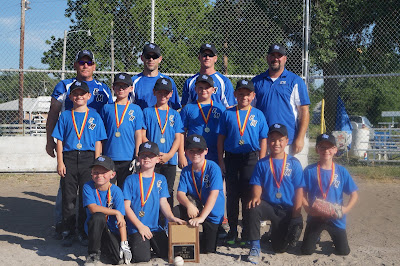 The Exeter-Milligan Pee Wee North team entered their tournament playoff bracket seeded as the number four team.  The first game, the team wiped out a struggling McCool team posting 11 runs by the third inning and thus ending the game.  Next up in their bracket was the Dorchester team which they won by two with a final score of 4 – 2.  In the semi final matchup Exeter-Milligan North met the #1 seed DeWitt.  After a tough game the Timberwolves pulled out the 4-3 win to move on to the championship game versus #2 seed Friend 31.  The Timberwolves took home the championship with a 4-3 win over Friend.  Earlier in the season the Exeter-Milligan North team had two loses, to Friend and DeWitt. 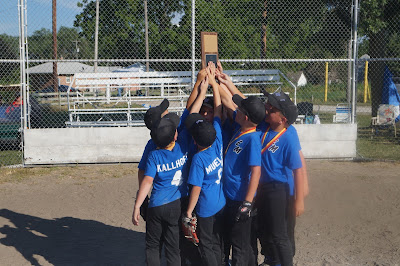