Mabel Isabell Atwood Moser was born in Fairmont, Nebraska on February 22, 1927 to Sidney and Dorothy Atwood. She moved with her family to Hayes Center, Nebraska where she started school. She moved back to Fairmont and graduated from high school in 1944.

Teaching was always her passion. She taught school for three years right out of high school. Her career was put on hold for several years when she married Francis McMahon Jr. and had seven children to raise. During those years she was a substitute teacher. As her children got older, she returned to school to finish her college education. She earned every credit hour the hard way--attending summer school, night classes, extension courses and keeping a home for seven busy children. She graduated proudly from the University of Nebraska-Lincoln in 1970 with her degree in Education. Mabel taught hundreds of children in the Grafton and Exeter school systems until her retirement in 1991. She loved being a classroom teacher and thought every child was special.

On August 15, 1987, she married William Moser and was a resident of Friend, Nebraska. They loved to travel to visit family and tour various parts of their native state and the rest of the country, as well.

Mabel passed away on July 18, 2010 at the Nebraska Heart Institute in Lincoln, Nebraska. She will be sorely missed by her family and friends.

Mabel was a member of the United Methodist Church, National Education Association, and the Nebraska Retired School Personnel. She also was a member of the American Legion Auxiliary where she served in various capacities at Lt. Earl Forbes Post 21 in Fairmont, NE, county president of Fillmore County and was also a past District president.

She was a Past Worthy Matron of the Mt. Moriah Chapter of the Eastern Star.

Mabel was preceded in death by her parents, Sidney and Dorothy Atwood, a sister, Nellie Jean Martin, a brother, Sidney Atwood, Jr., and a grandson, Sean Francis Johnsen.

Funeral services were conducted on Thursday, July 22, 2010 at the Fairmont Community Church with Rev. Paixao Baptista officiating. Casket bearers were Jim Seitz, Larry Hergenreder, Mike Gerken, Mal Elkins, David Sepulveda, and Chris Reed. Nancy Jo Galusha accompanied the congregation who sang “The Beautiful Garden Of Prayer” and “On The wings Of A Dove”. Internment was in the Fairmont Public Cemetery with Farmer & Son Funeral Home in charge of arrangements. Memorials are directed to the American Legion Auxiliary or to the Dorchester United Methodist Church.

Posted by Leesa Bartu at 1:01 PM No comments: 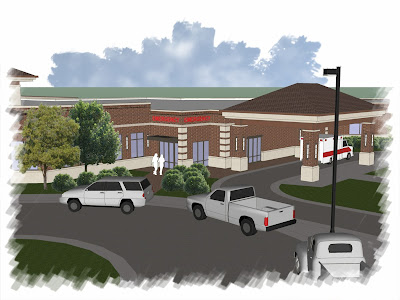 Artist rendering of what the new Fillmore County Hospital could look like. 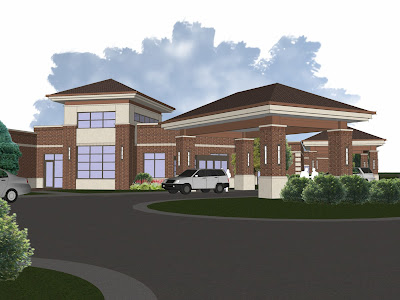 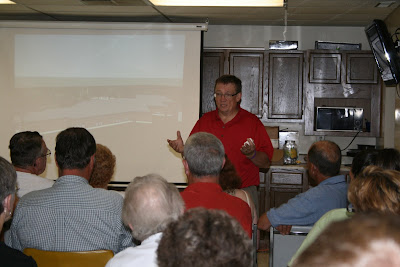 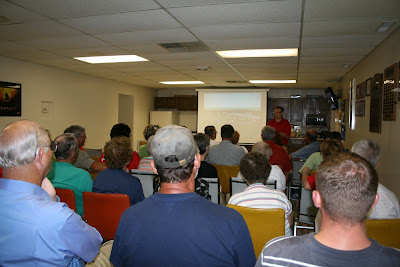 There was a packed house for the Exeter Town Hall Meeting about the Hospital Vote.

Paul Utemark, CEO of Fillmore County Hospital, presented information on the proposed vote. After the presentation (which is covered in a prior article on the blog) Utemark took questions and comments from the audience.

Utemark stated the Hospital board "has no intention to raise the property tax of Fillmore County residents."

He reminded the audience that "there are a lot of good things going on at your hospital."

There were many positive comments from audience members and community leaders.

Several of the concerns were addressed in regards to the proposed site of the new hospital. It is near Highway 81 and also adjacent to a pig farm. Both issues were not a concern because the hospital has an air quality control system and is well insulated to eliminate noises. It was adjacent to old Highway 81 for many years and never had noise issues.

P.R. Farmer, well known Geneva funeral home director, voiced his support for the new hospital. He spoke of the financial stability of the hospital and the current availability of the USDA loan, "It's not just an opportunity, it's the perfect storm. It's cheap money for a long duration."

Dr. Hollis, a physician with the clinic working out of the hospital, touted the benefits of a larger emergency room. He spoke of a recent trauma where the trauma room was swamped with people tripping over each other inefficiently, "It is not anywhere near optimal to do what we want to do. We have to empty out the clinic parking lot when a helicopter comes. This will help in recruiting new doctor's in the future."

Christin Lovegrove, member of the Young Leaders of Fillmore County voiced her support for the hospital program and challenged the older crowd attending the meeting, "It is adequate but is that good enough for your kids and grandkids?"

Fillmore County residents will decide on August 10th at the pools.
Posted by Leesa Bartu at 10:52 AM No comments:

Sidewalk around park and pool completed 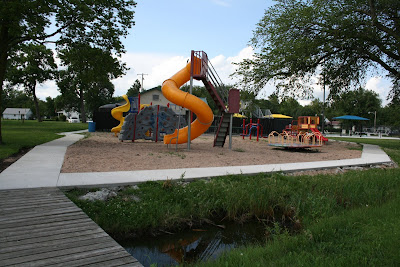 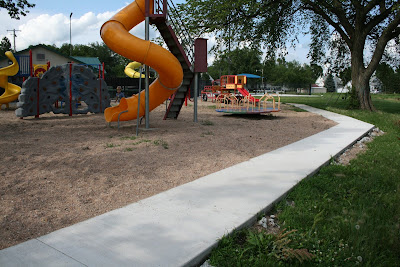 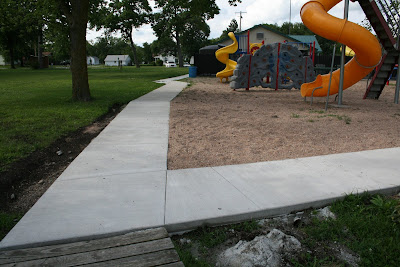 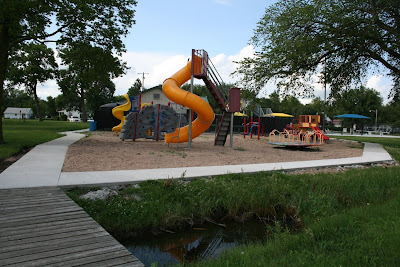 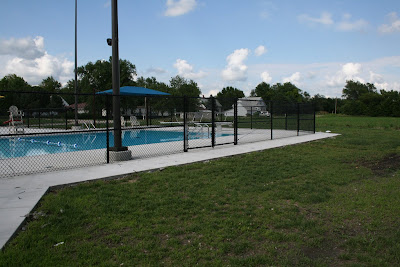 The plans for Gilbert's Park are nearly completed. Village Maintenance Supervisor John Mueller, along with summer help Richard Erdkamp and several volunteers finished pouring the cement sidewalk outside the swimming pool and also finished the cement sidewalk that encircles the playground.
Posted by Leesa Bartu at 4:52 PM No comments:

Seven Year Switch by Claire Cook
The Pallbearers by Stephen Cannell
In the Name of Honor by Richard North Patterson
As Husbands Go by Susan Isaacs
Broken by Karen Slaughter
Beachcombers by Nancy Taylor
The Search by Nora Roberts
Pray for Silence by Linda Castillo
Private by James Patterson
Appaloosa by Robert B. Parker
Whiplash by Catherine Coulter
Rule of Nine by Steve Martini
Sizzling Sixteen by Janet Evanovich
Promised to Keep by Jane Green
Burning Wire by Jeffery Deaver
Family Ties by Danielle Steel
The Island by Elin Hilderbrand
Posted by Leesa Bartu at 4:51 PM No comments: