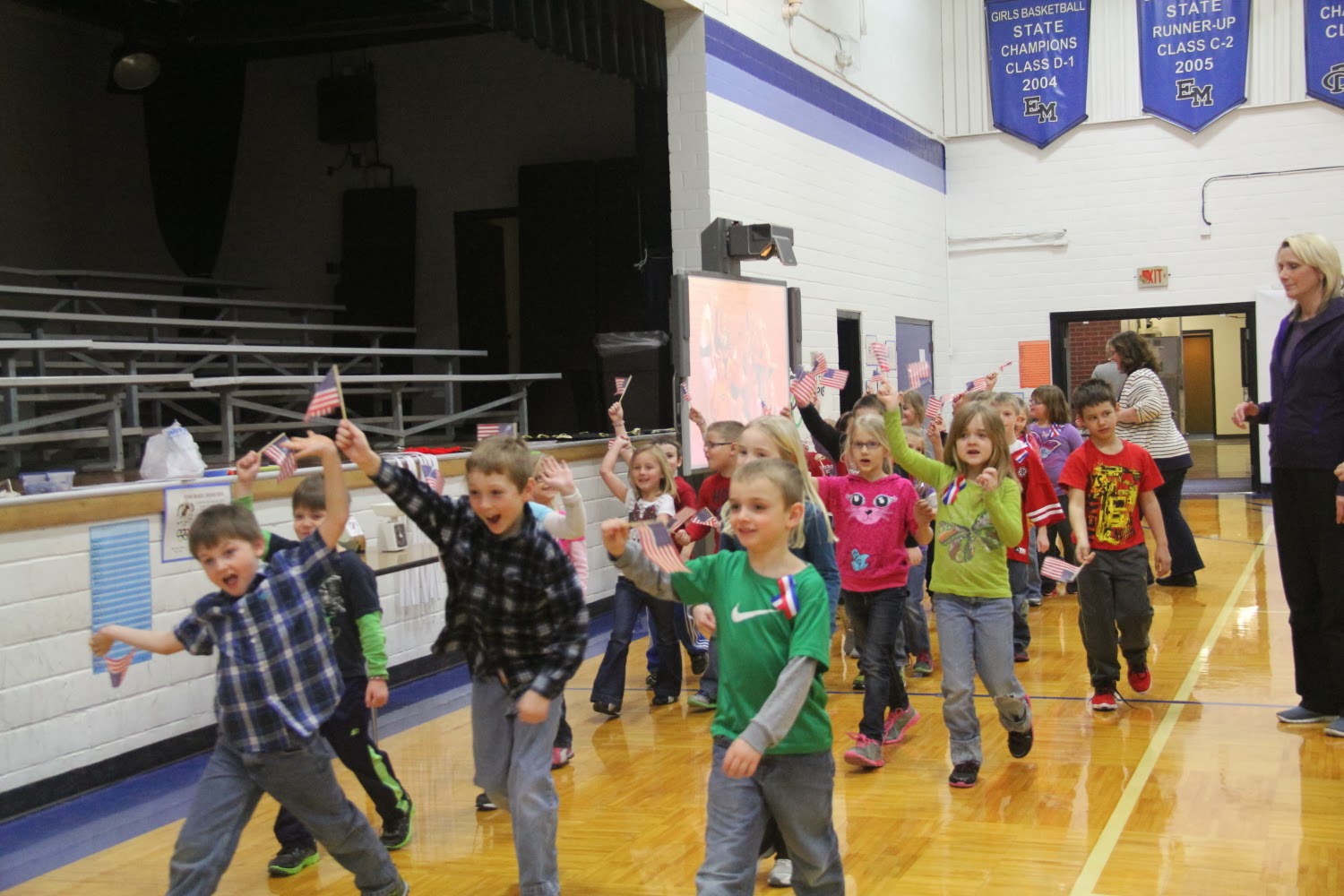 Let the Games Begin… Second graders at Exeter-Milligan Public Schools prepared for the Winter Olympics by creating a Mini-Math Olympics. A torch relay delivered notes about this event, inviting all kindergarten, first and second graders to participate for team U.S.A. On February 6, students paraded around the gym wearing patriotic colors and carrying U.S. flags. They watched as the final torch runner made a lap in the gym and ignited the Olympic torch. The Olympic oath and Olympic creed were read. Opening ceremonies also included watching a youtube video about the Olympics. These athletes participated in six events: cotton ball shot put, paper straw javelin throw, paper plate discus throw, marble grab, sponge squeeze and big foot. At each of these centers, students practiced estimating and measuring skills with metric units. High school students were available to assist the elementary students as they measured and recorded their results. Students learned facts about ancient and modern day Olympics, too. Patrons of the district were able to follow events via Twitter, #emwolves. A medal ceremony concluded the EM Mini- Math Winter Olympics. 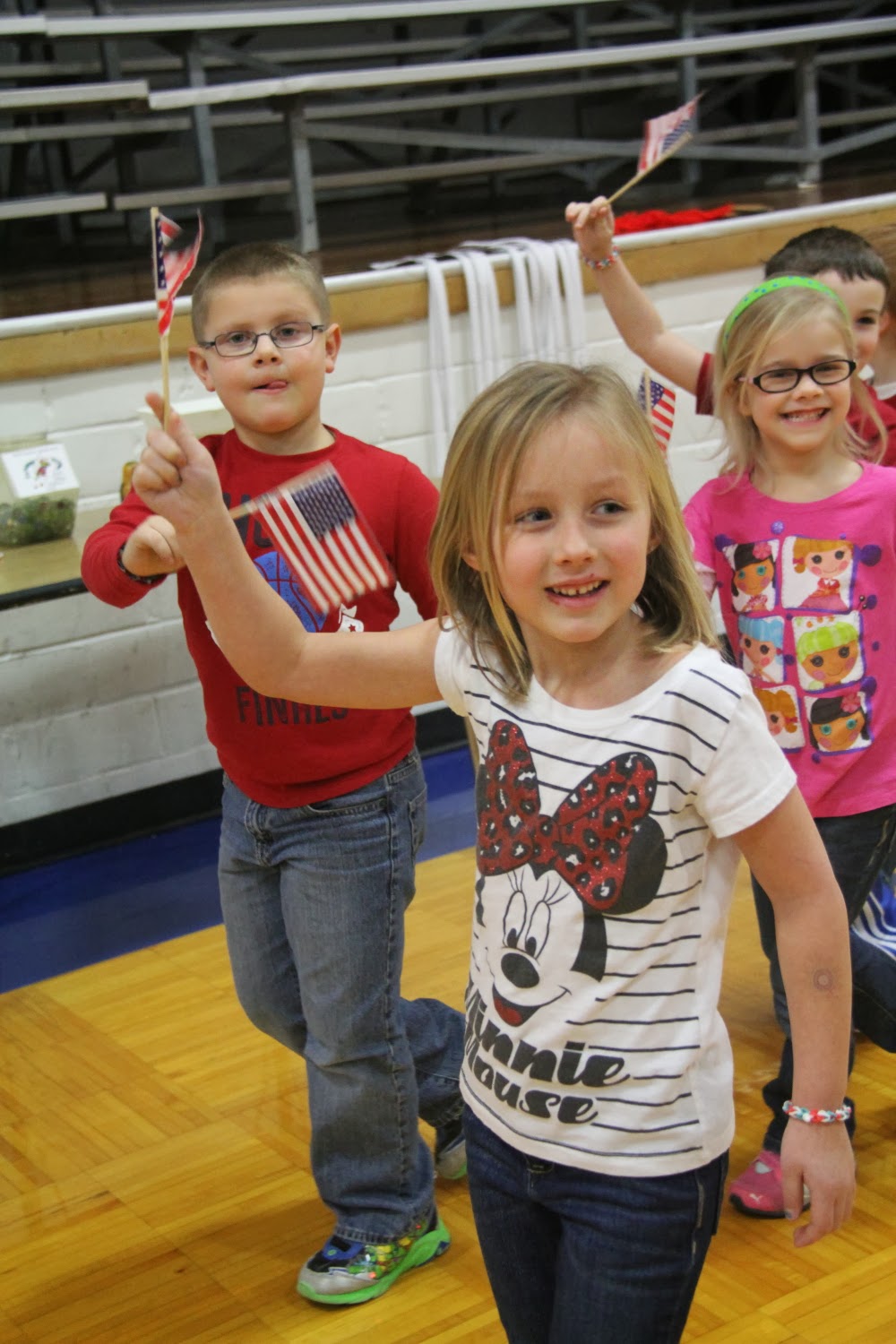 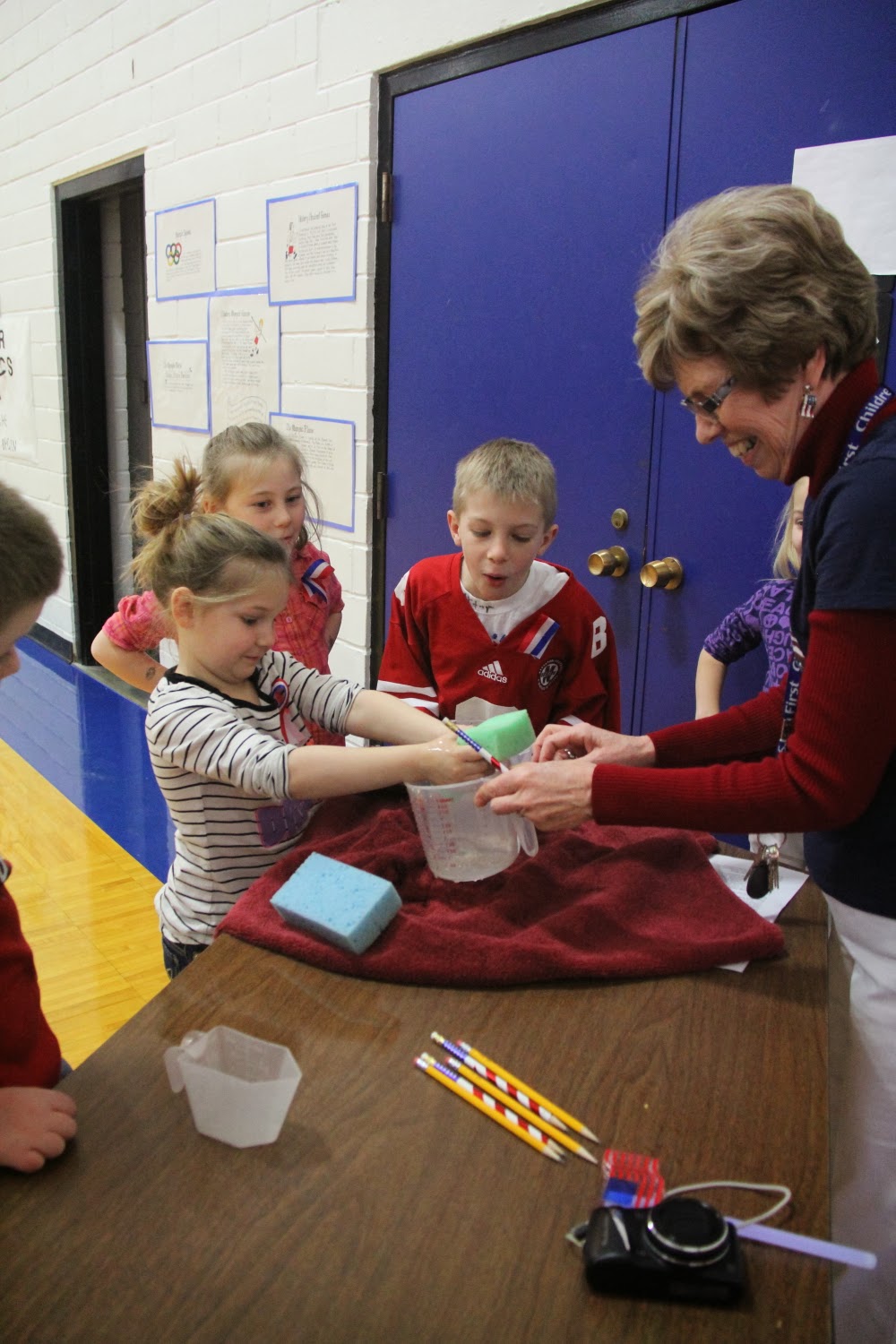 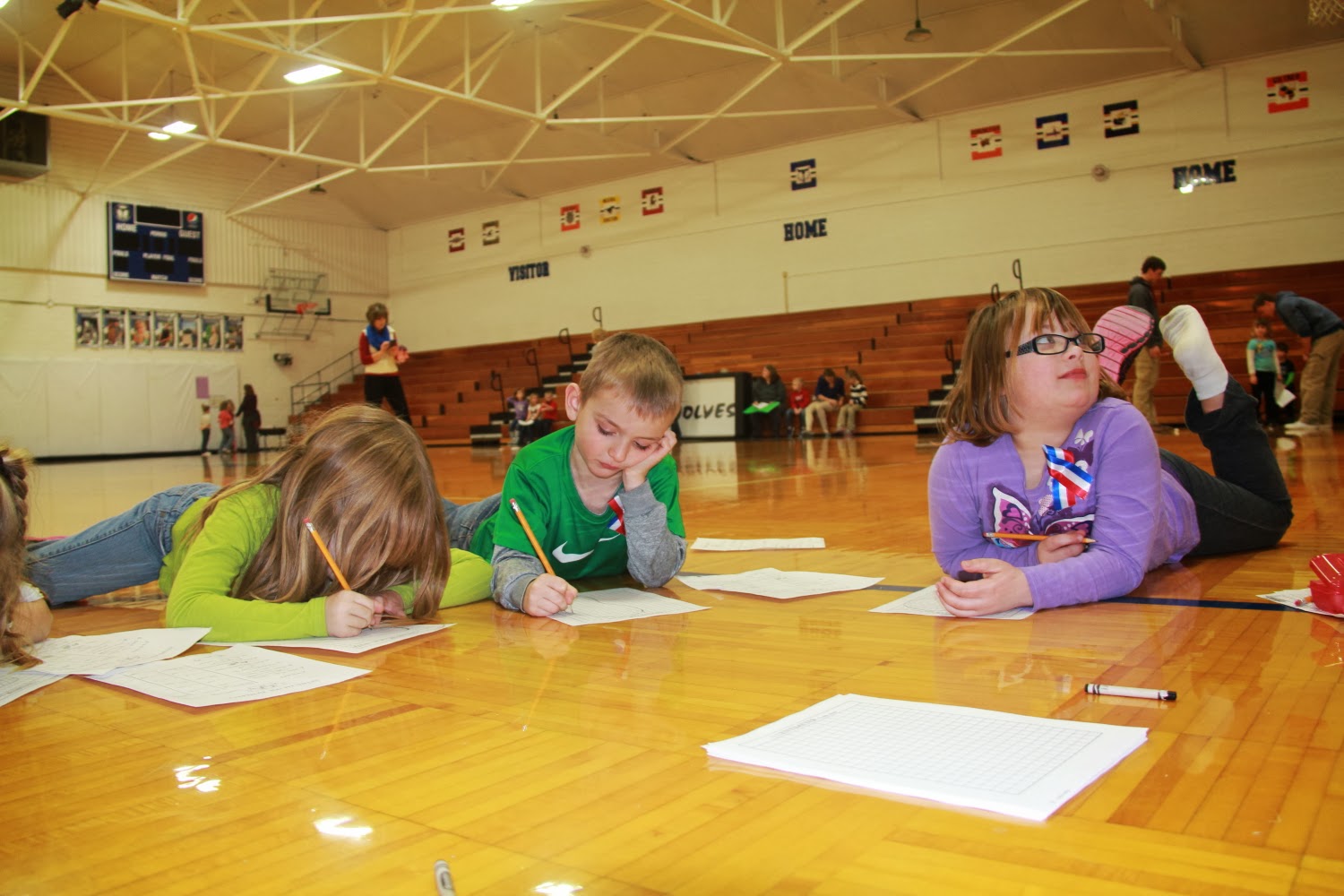 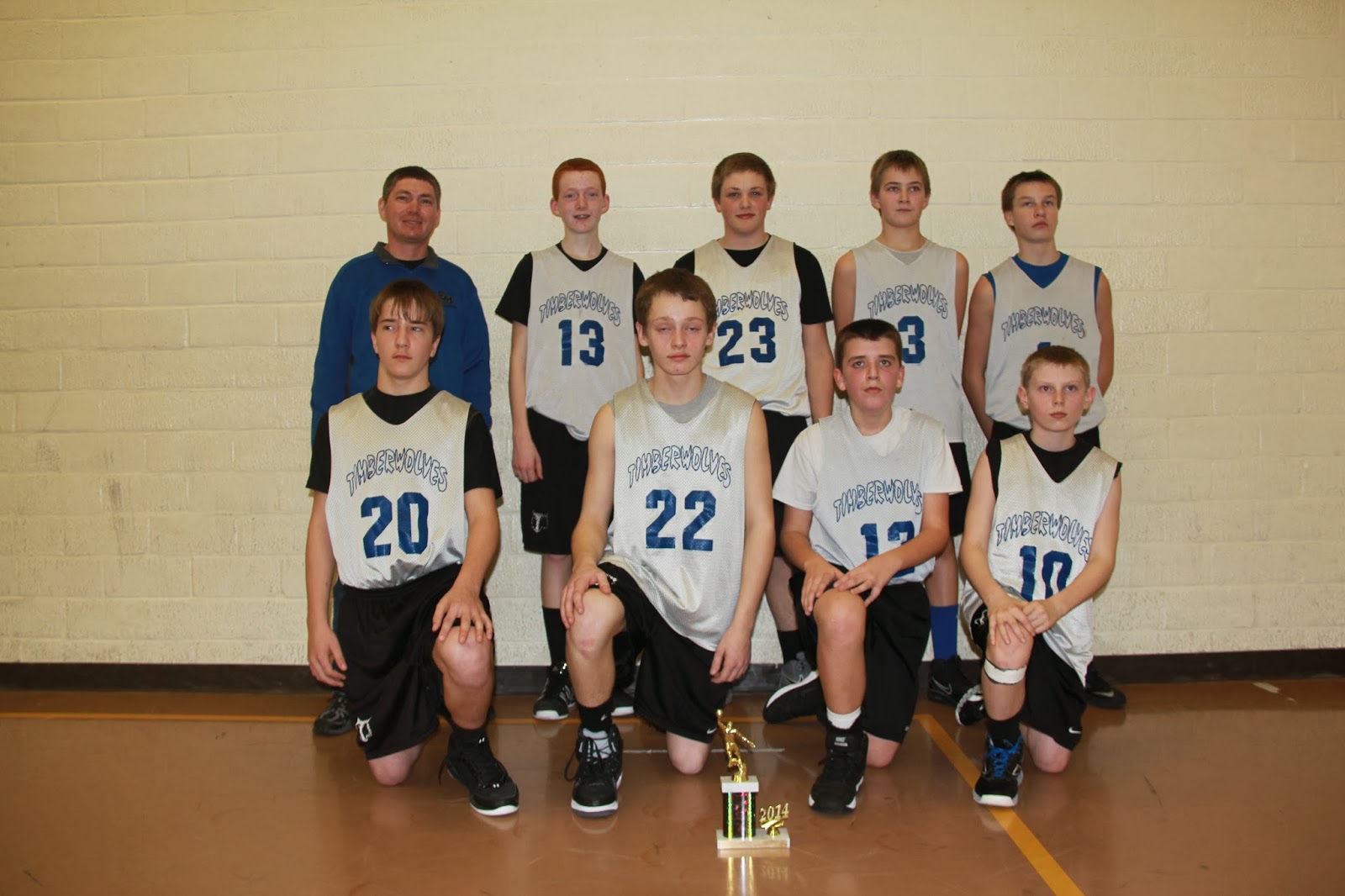 The Exeter-Milligan junior high boys basketball team finished the 2013-14 season with a 6-4 record.  In December, E-M had a 3-2 record, finishing second at the Dorchester tournament the opening weekend of the season.  In January, the young Timberwolves went 2-1.  At the Exeter-Milligan tournament this past weekend, the boys finished in third place. 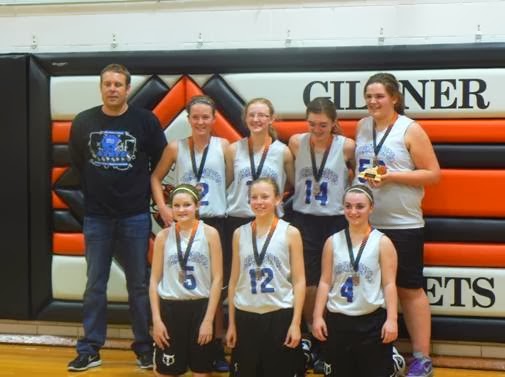 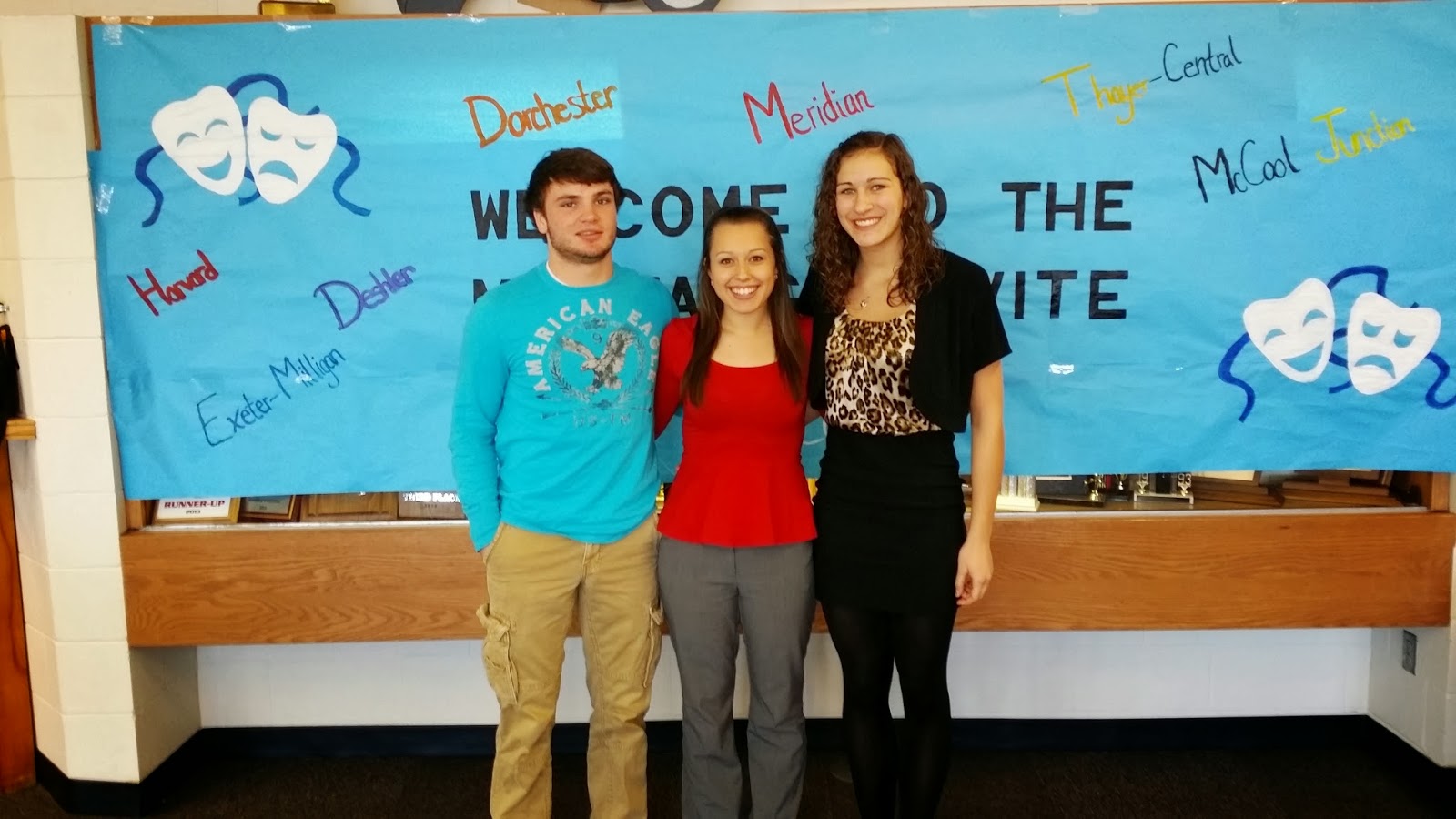 Three members of the Exeter-Milligan Speech team competed at the Meridian Mustang Speech invite. From the left, Taylor May competed in Entertainment speaking, Meredith Emshoff received 3rd place in Entertainment speaking, and Amber Pribyl placed 5th in Humorous Prose. Sutton Speech on Feb. 22 is up next for the Timberwolves followed by Crossroads Conference Speech on Feb. 26. (On the team, but not attending Toni Bossaller.)

Posted by Leesa Bartu at 8:45 PM No comments: