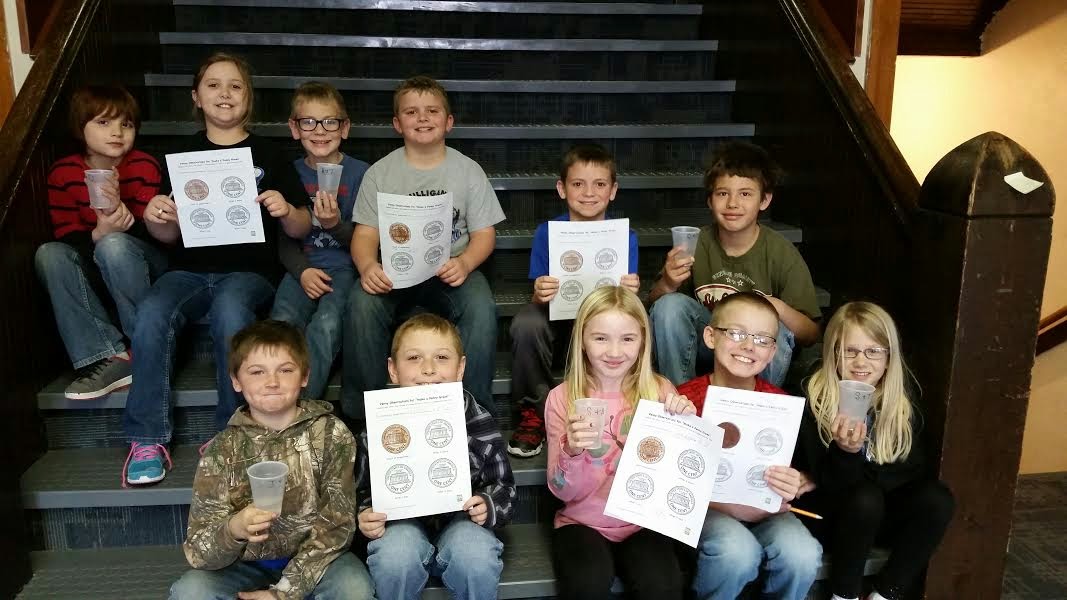 The Exeter-Milligan 3rd grade has been busy learning about matter and chemical changes in science.  We did an experiment using pennies and vinegar.  Pictured is the class holding their sheets to record their findings as well as their pennies in vinegar.  They are very interested in seeing what happens to their pennies! 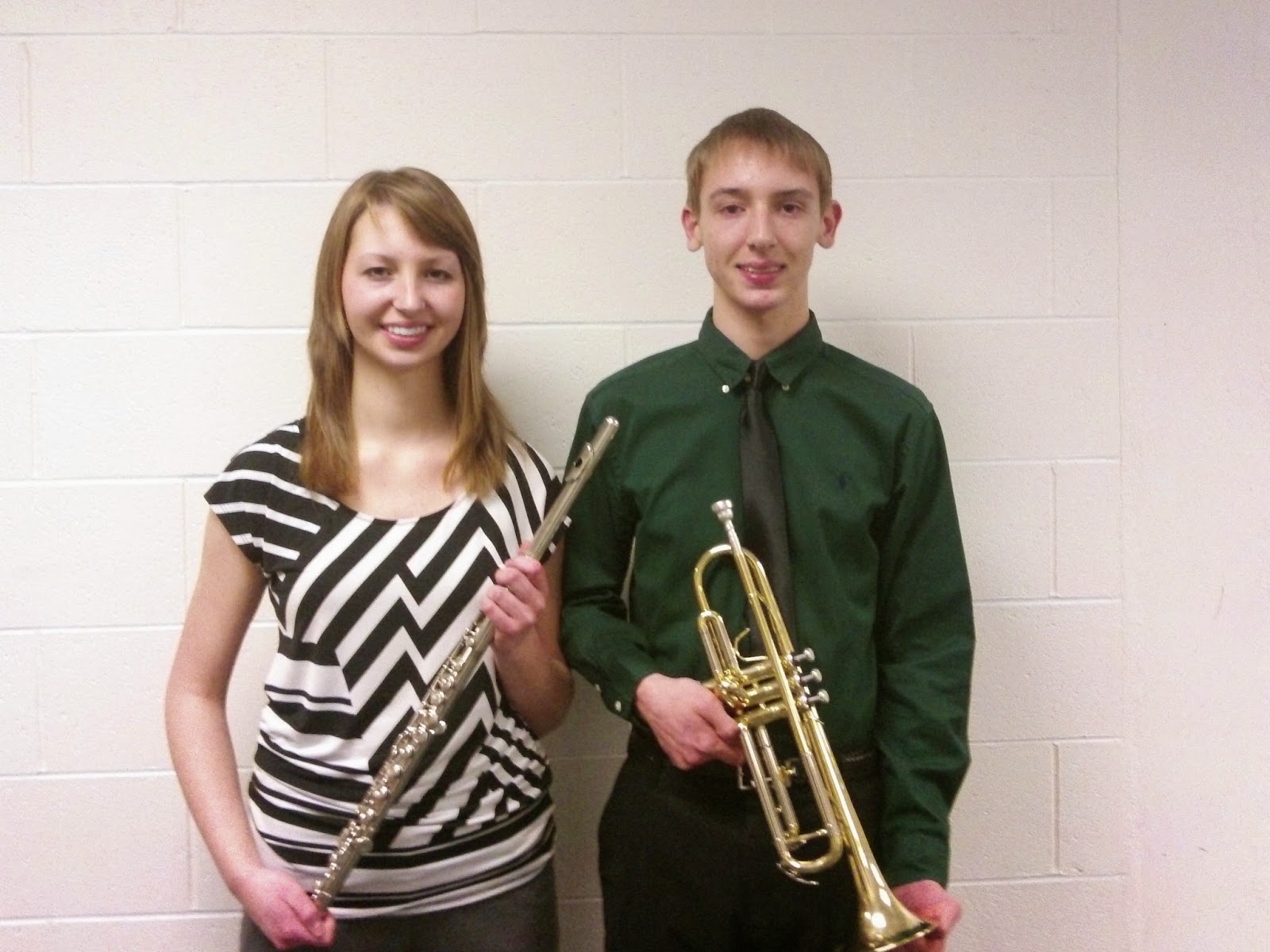 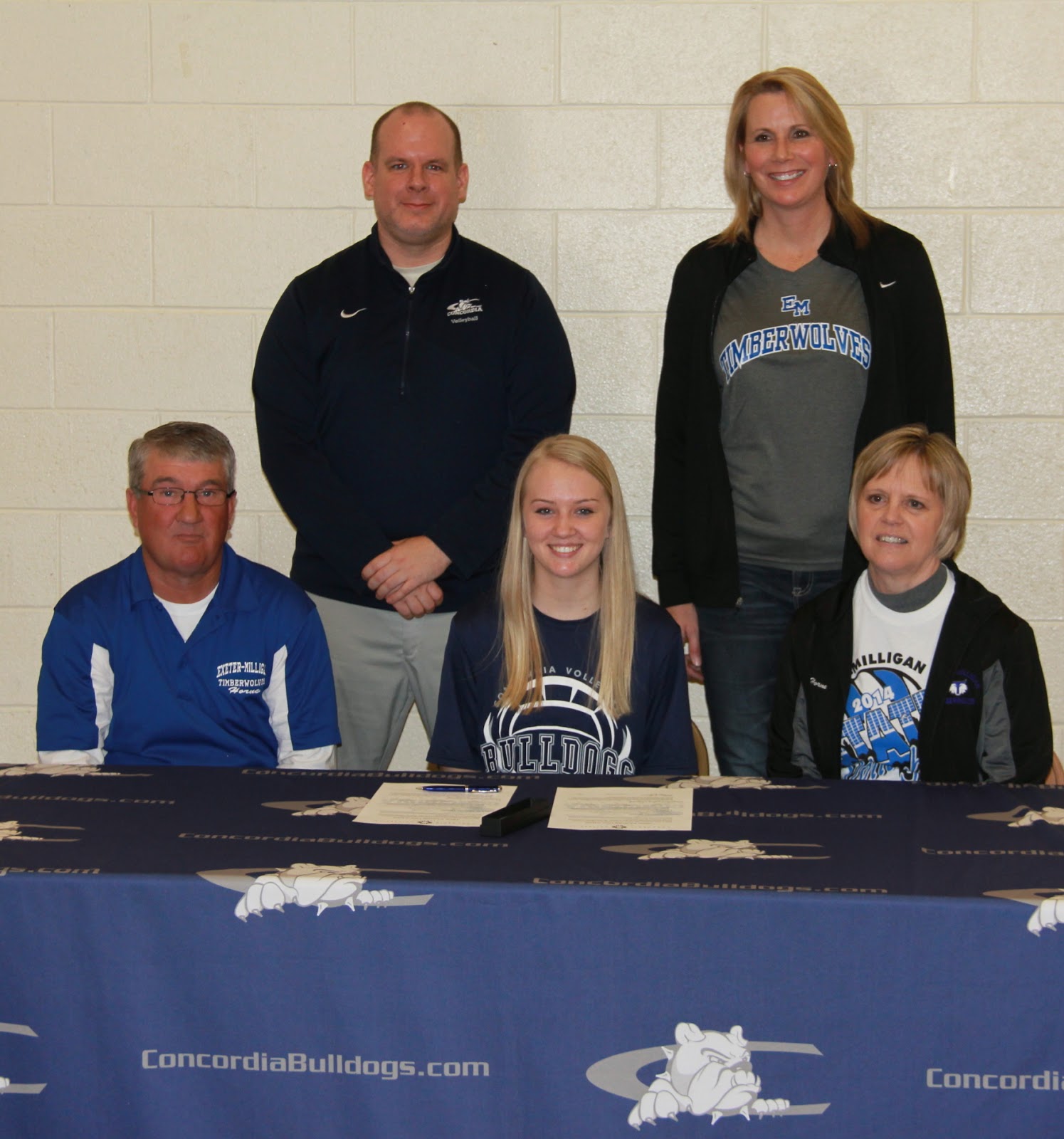 Exeter-Milligan three sport standout Madison Horne is ready to take her volleyball skills to the next level at Concordia University.

The Timberwolf senior signed a letter of intent to play volleyball for Coach Scott Mattera on Friday, February 13th. “I really liked Coach Mattera and am looking forward to playing with Claire (White) again.”

Horne has a volleyball state championship under her belt, along with a runner-up and third place finish at the state meet.  “Our team plays really well together and I hope to bring that to the college level.  I think it will be a lot harder but hopefully I am prepared for it,” she explained.

Coach Mattera saw Horne at the volleyball camp Concordia hosted last summer, “She has great athleticism and versatility.  We really saw her step up in leadership and maturity.  Part of our attraction to athletes like Madison is her ability to play multiple positions.  She will be a defensive specialist for us but she can play libero if we need her to.”

“Horne comes from a good program.  She has been well coached by Coach White,” Mattera continued.
Coach Darcy White, whose daughter Claire plays for volleyball for Concordia is very familiar with the program, “Madison is going to be a fantastic addition to the Concordia team.  Her all-around skills will give her an advantage right away.  She is able to play any position, but her passing and setting skills will make her invaluable to their defensive scheme.”

White looks forward to watching Horne in the future, not only on the volleyball court but in life, “Young adults who have the ability to continue playing their sport enter college with a definite focus.  Not only are they going to get an education, but they have a built in family support system in their team.  As student athletes they not only have to learn to manage their time wisely but they have something more to motivate them.   Playing college volleyball (or any sport for that matter) is a huge commitment, and it takes a person with lots of determination and passion for the game to make it work.  I think Madison will be a huge success!”

Horne also looked at the option of an academic scholarship at UNL but decided that she wanted to take the opportunity to attend Concordia.  She has not decided on a major yet.