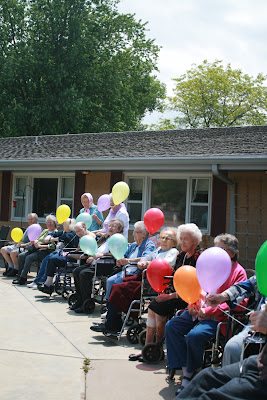 Exeter Care Center residents wait for the start of their Balloon Release ceremony, holding tightly to their balloons in the wind. 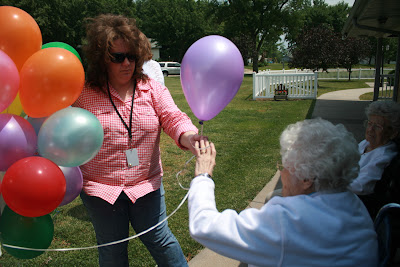 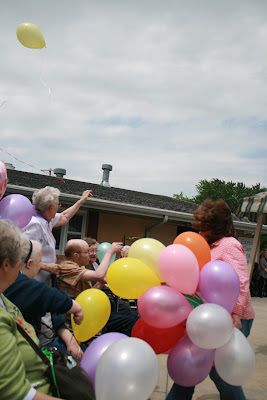 Bernie Larsen and Rodney Larsen release balloons in honor of Ted Larsen, husband of Bernie and father of Rodney who passed away last year. 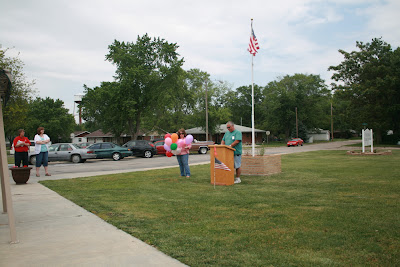 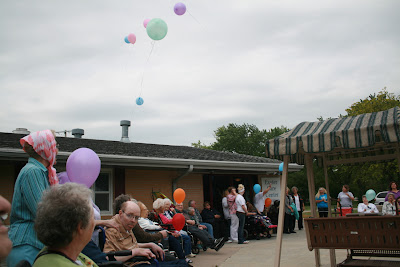 It was an emotional moment for residents, staff and family members at Exeter Care Center as they celebrated their annual Balloon Liftoff and release to honor those lost during the year.

Each year they take an afternoon to remember those who passed away while they were residents at the Exeter Care Center.  Staff member Bob Pagel led the service stating they wanted to “honor family and friends who had passed away in the last year.”

Pagel and the staff did more than just read the names, he read some very touching and funny moments about the residents that had been part of their family for a longer time.

The staff had shared their memories for Pagel to read and the crowd of residents and family and friends of those lost, laughed and cried together as they recalled their friends and loved ones.  Several of the staff members shared about a few of the ladies of Czech descent who like to teach the staff members words in the Czech language and were noted for teaching some inappropriate words to boot.

Some hesitated to release their balloons, but despite the high winds a few of the balloons rose and stopped for a few moments as if to acknowledge their remembrance before the wind caught them and carried them away.
Posted by Leesa Bartu at 7:30 AM