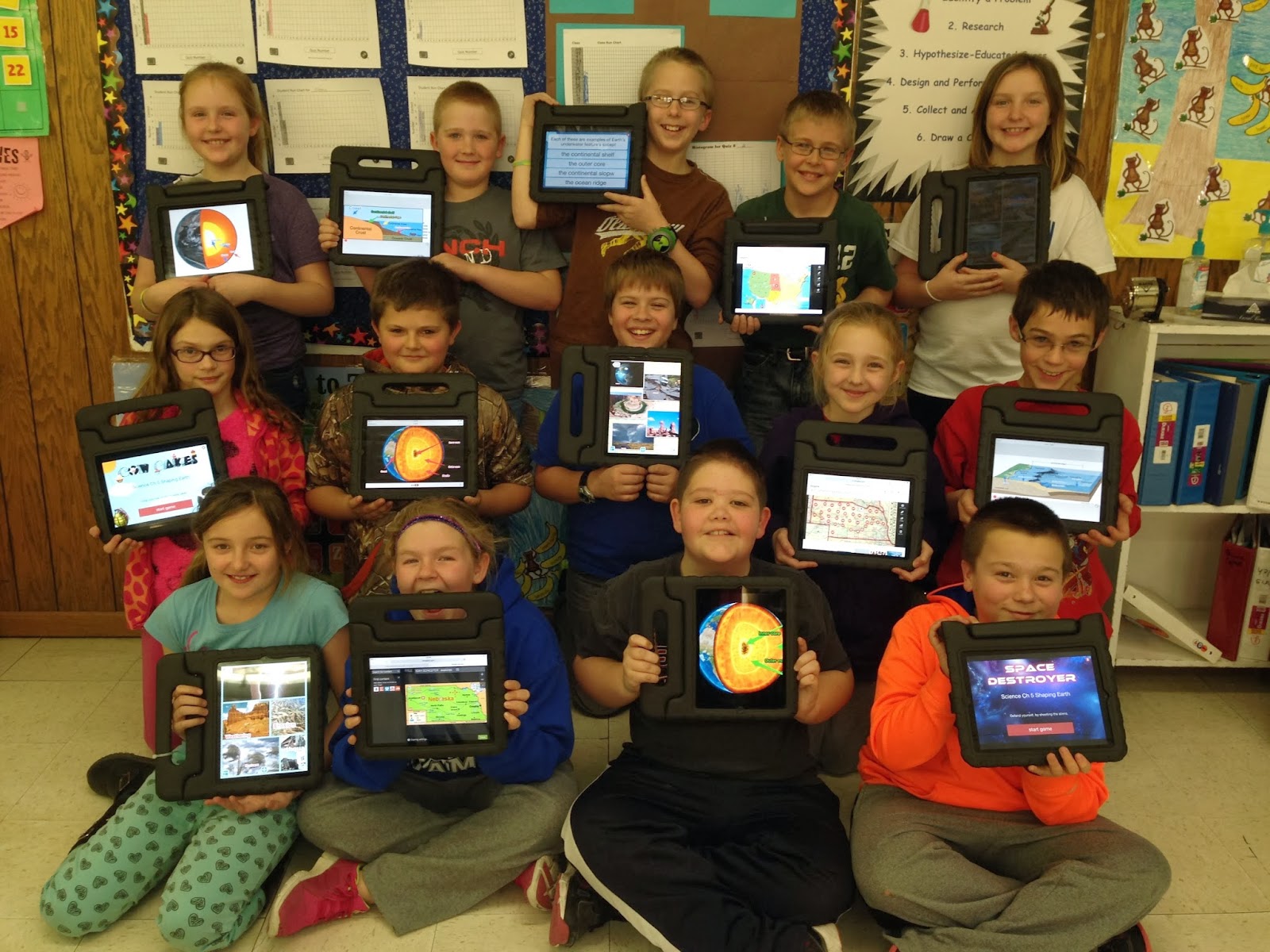 The fourth grade room has been exploding with technology. As a 1:1 iPad elementary, we have the capability to do a lot of Project Based Learning. Using the iPads, the students are individually learning the content of the subject.
Recently in Nebraska Studies, we used a website called Thinglink to create projects. The students had to look up information on a topic and link it all together.
In Science, they used an app called Skitch to label the layers of Earth’s core. They also used an app called Pic Collage to collect pictures of weathering, erosion, hurricanes, tornados, floods. They also use the app Zondle to study for tests in Science and Social Studies. I love that they are exploring on their own and learning in their own way. 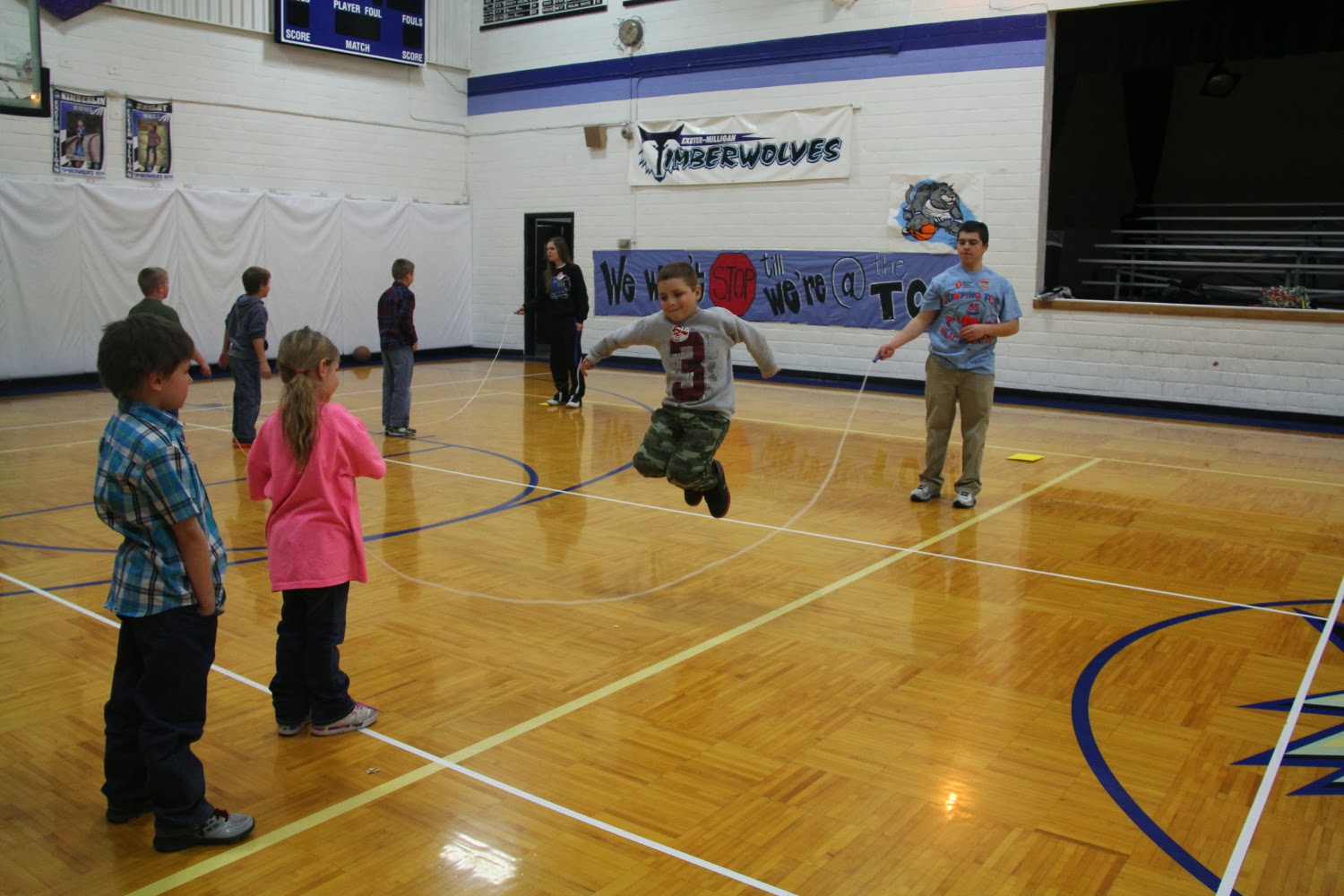 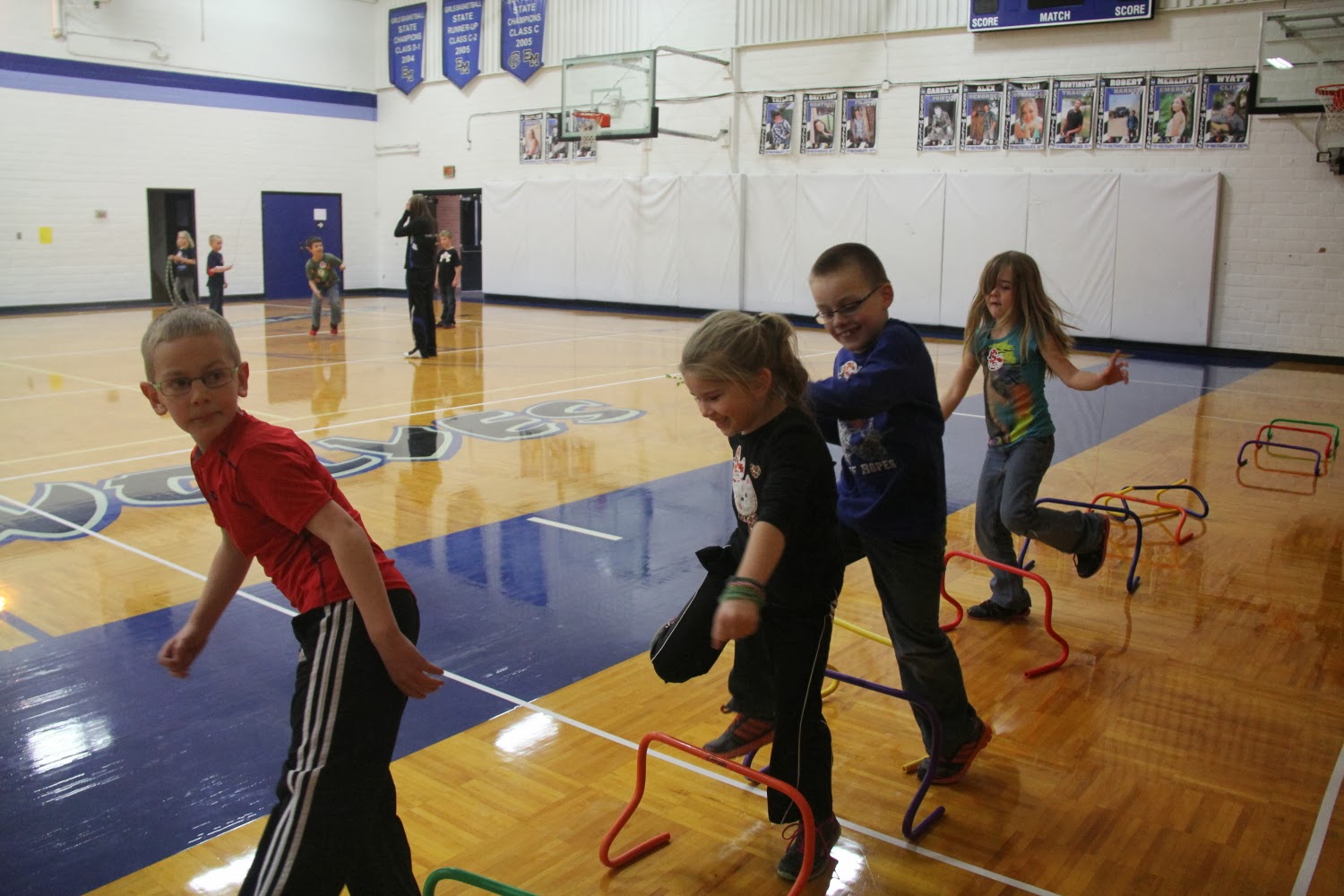 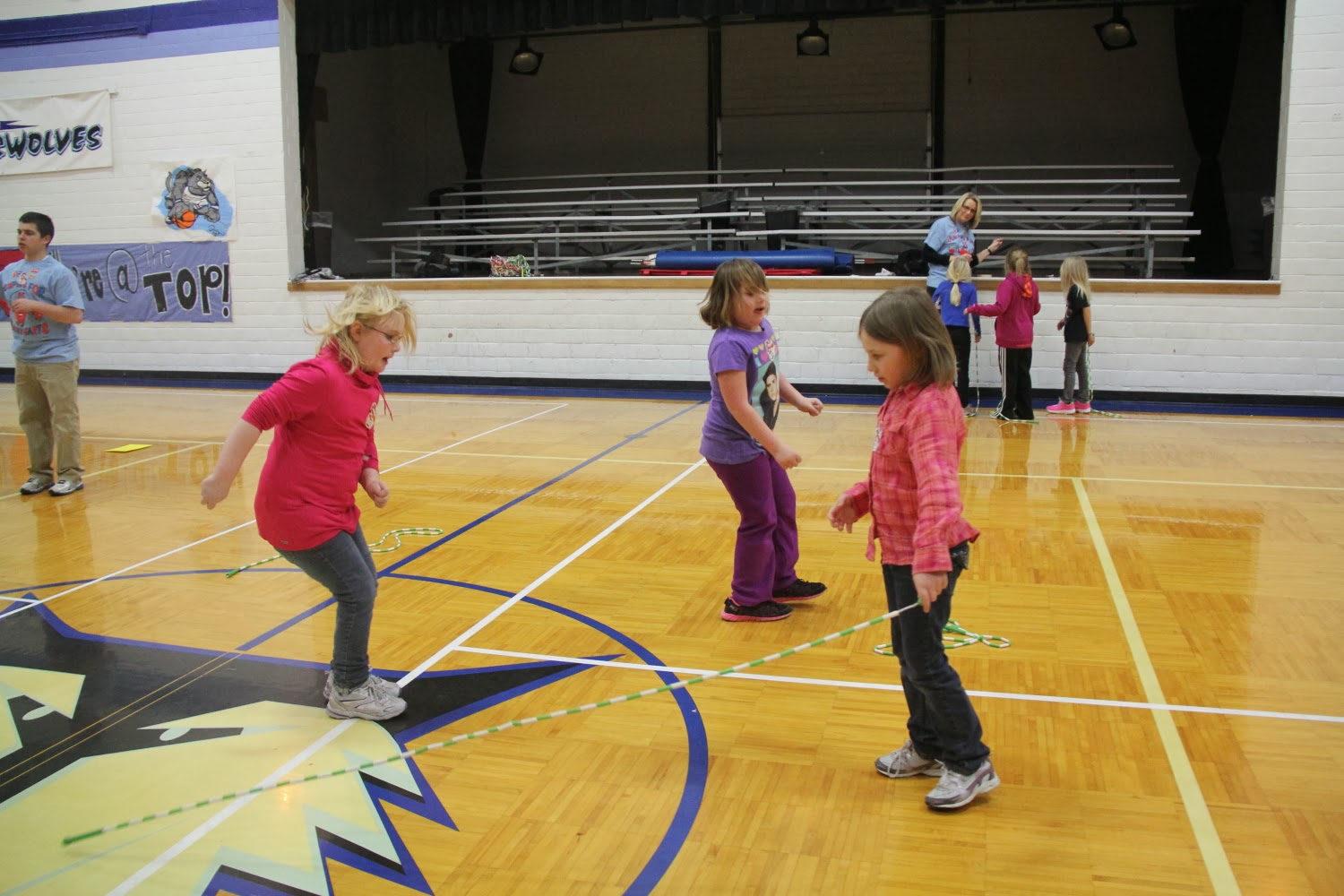 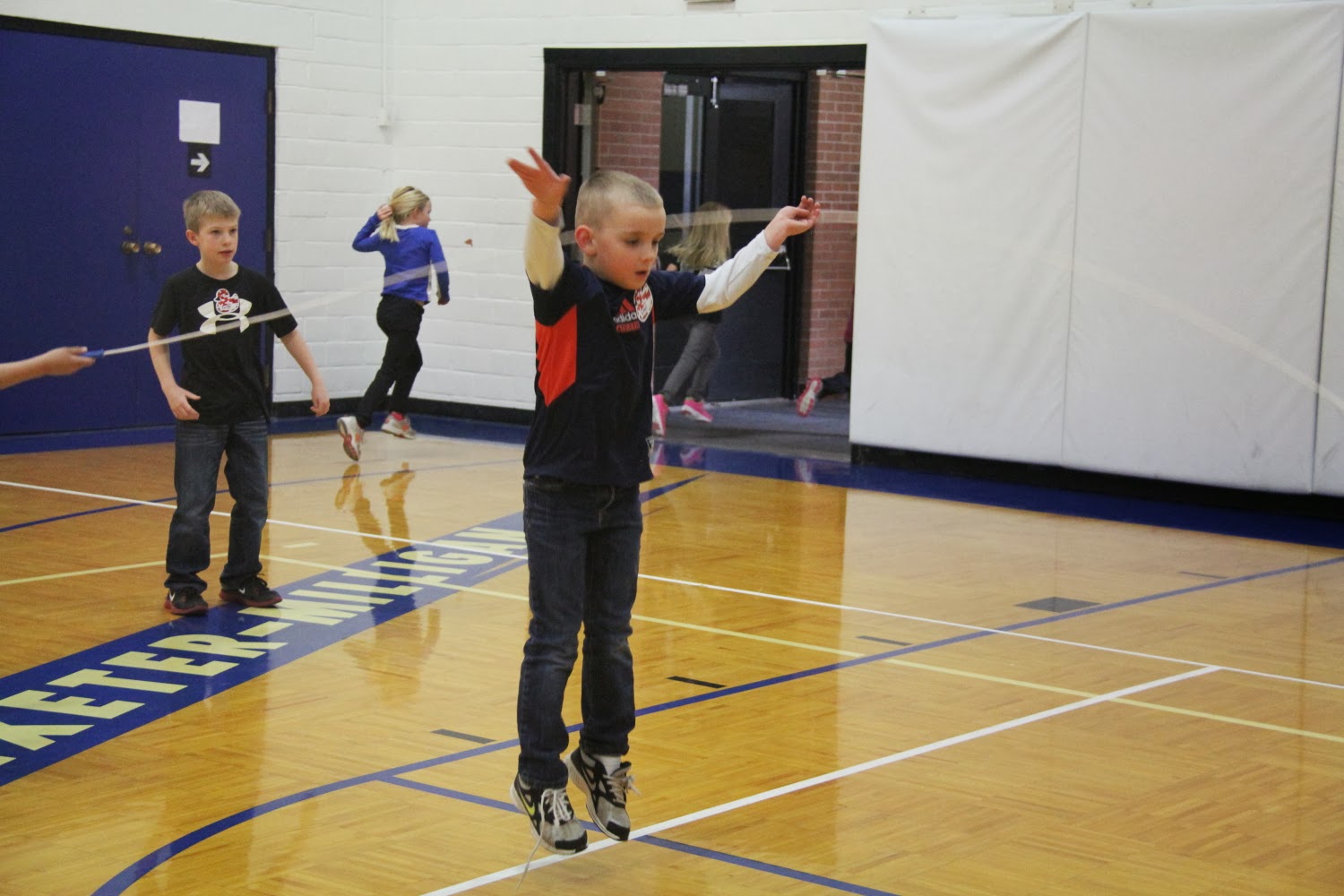 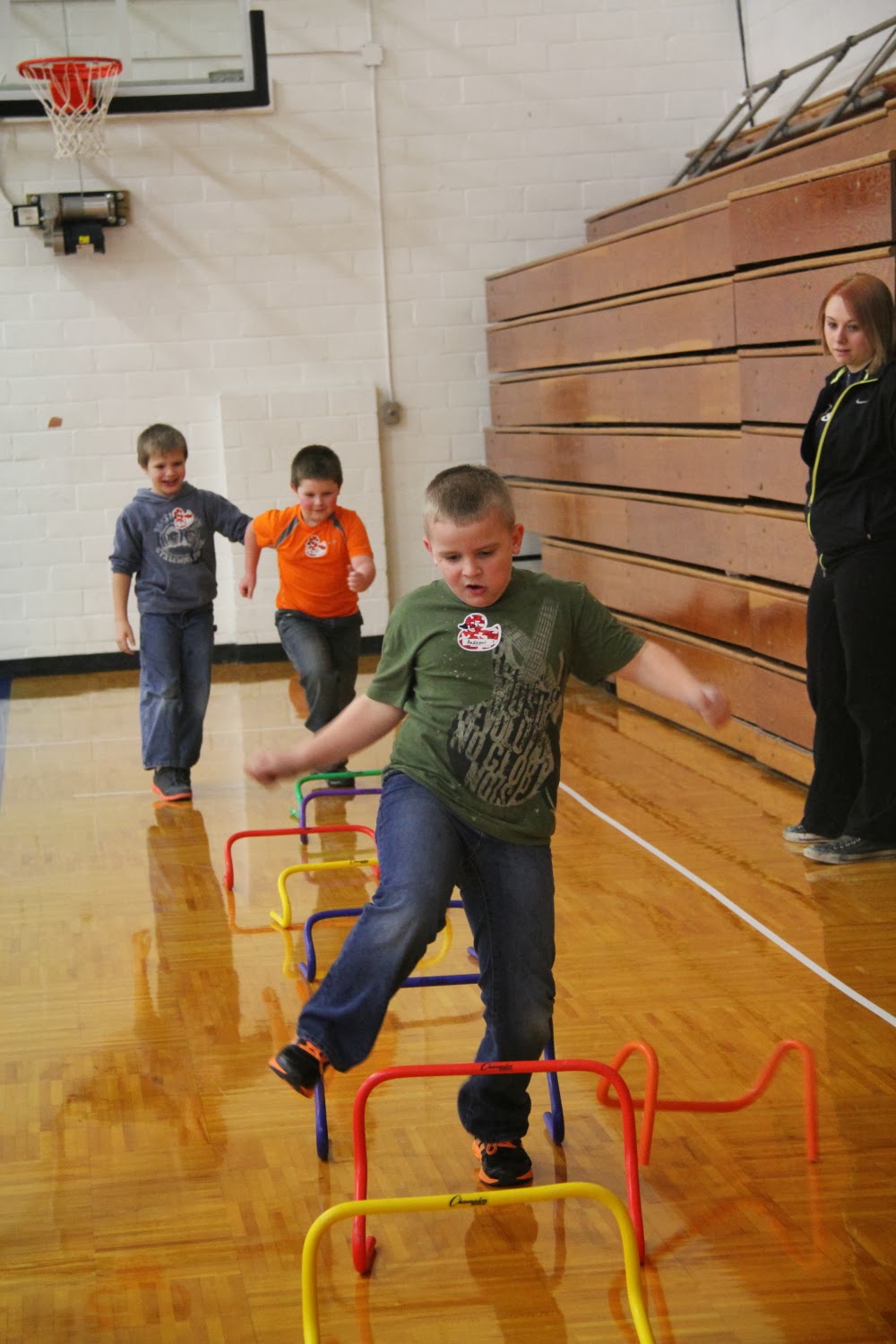 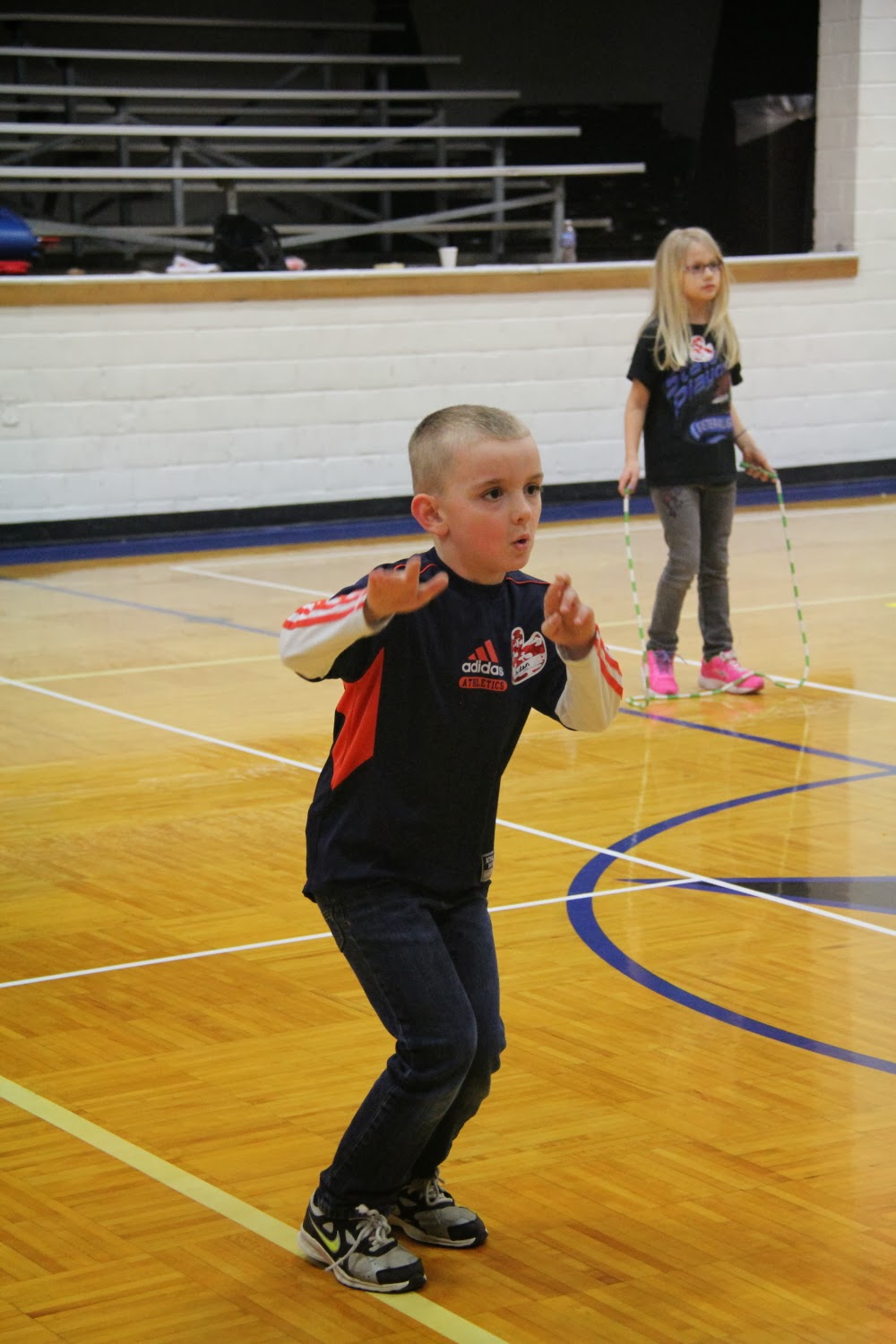 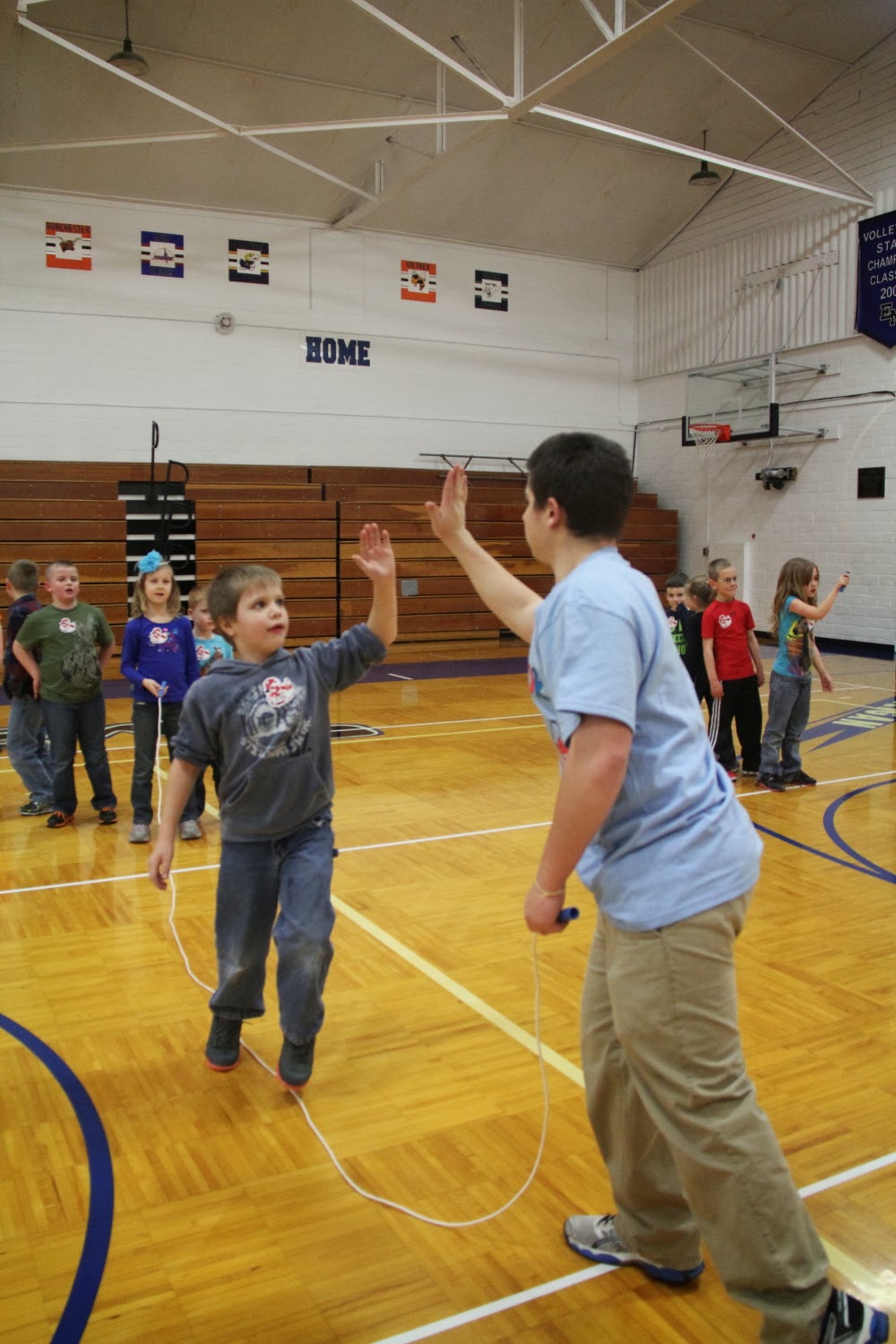 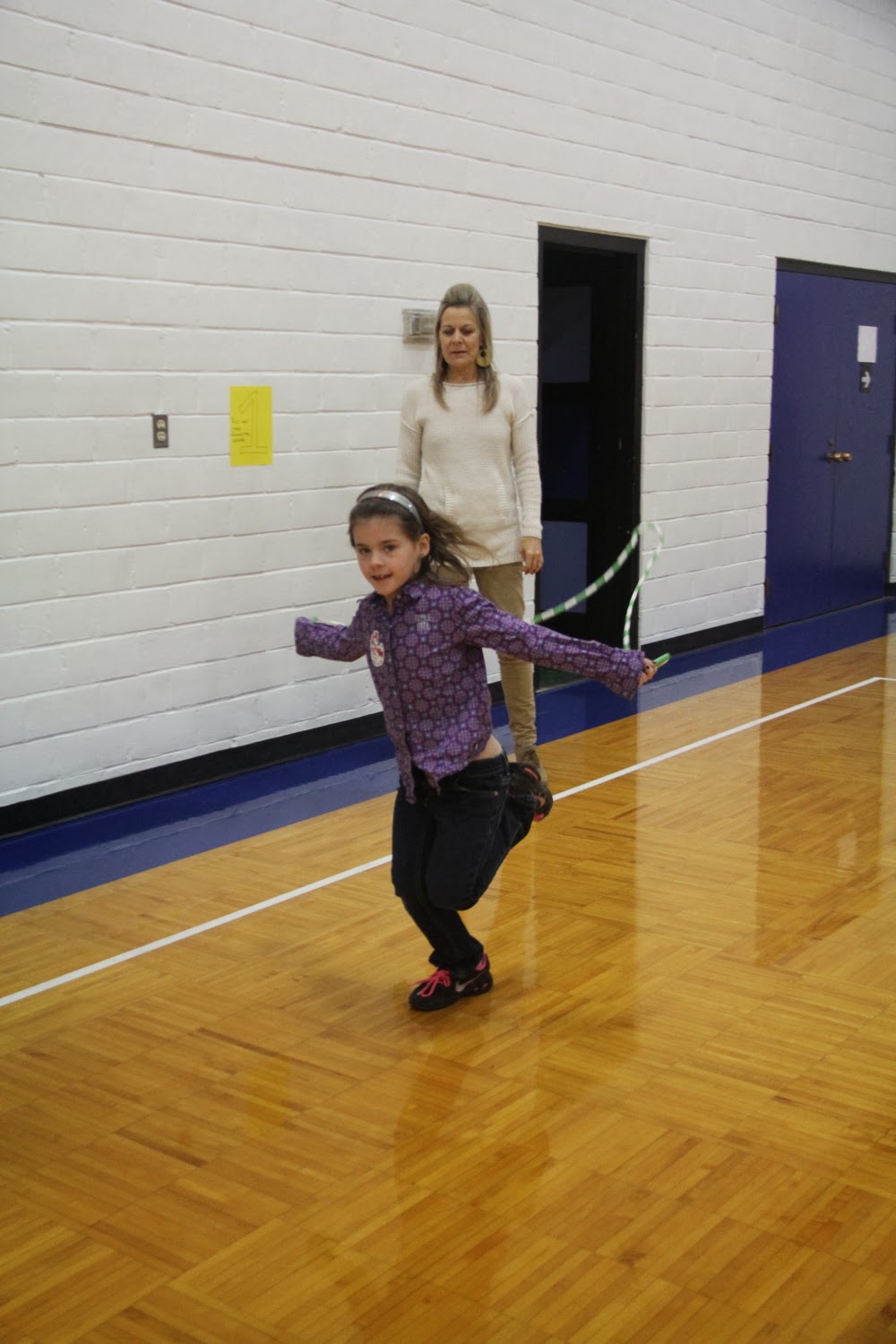 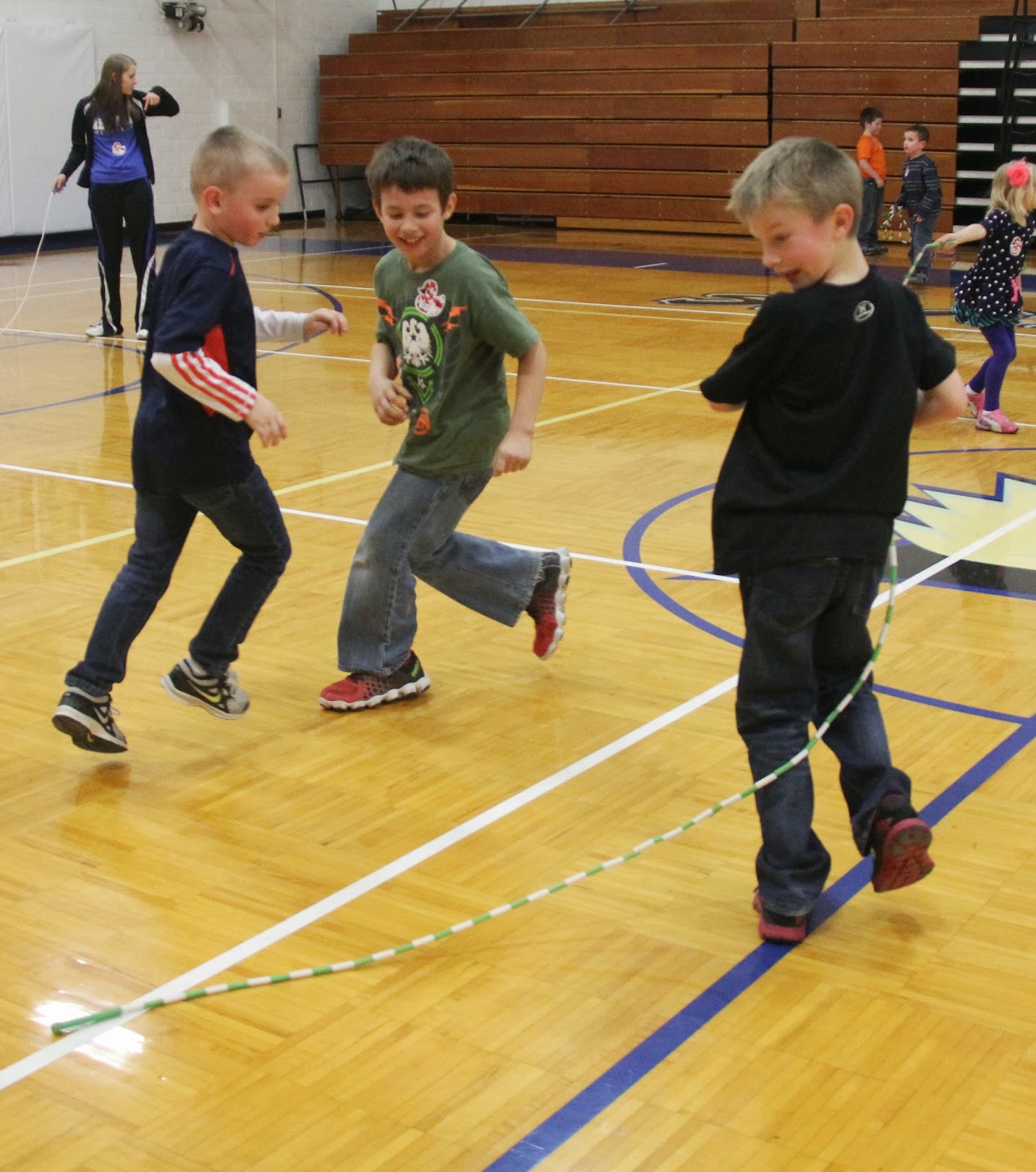 Posted by Leesa Bartu at 9:25 AM No comments: Amber Pribyl from Exeter-Milligan received 7th place in Humorous Prose at the Sutton Speech Meet, February 22, 2014 and 5th Place at the Crossroads Conference Meet, February 26, 2014. Up next for the EM Timberwolves speech team is Speech and FCCLA Star Preview night on March 10th at 6:30 PM in Exeter site small gym. 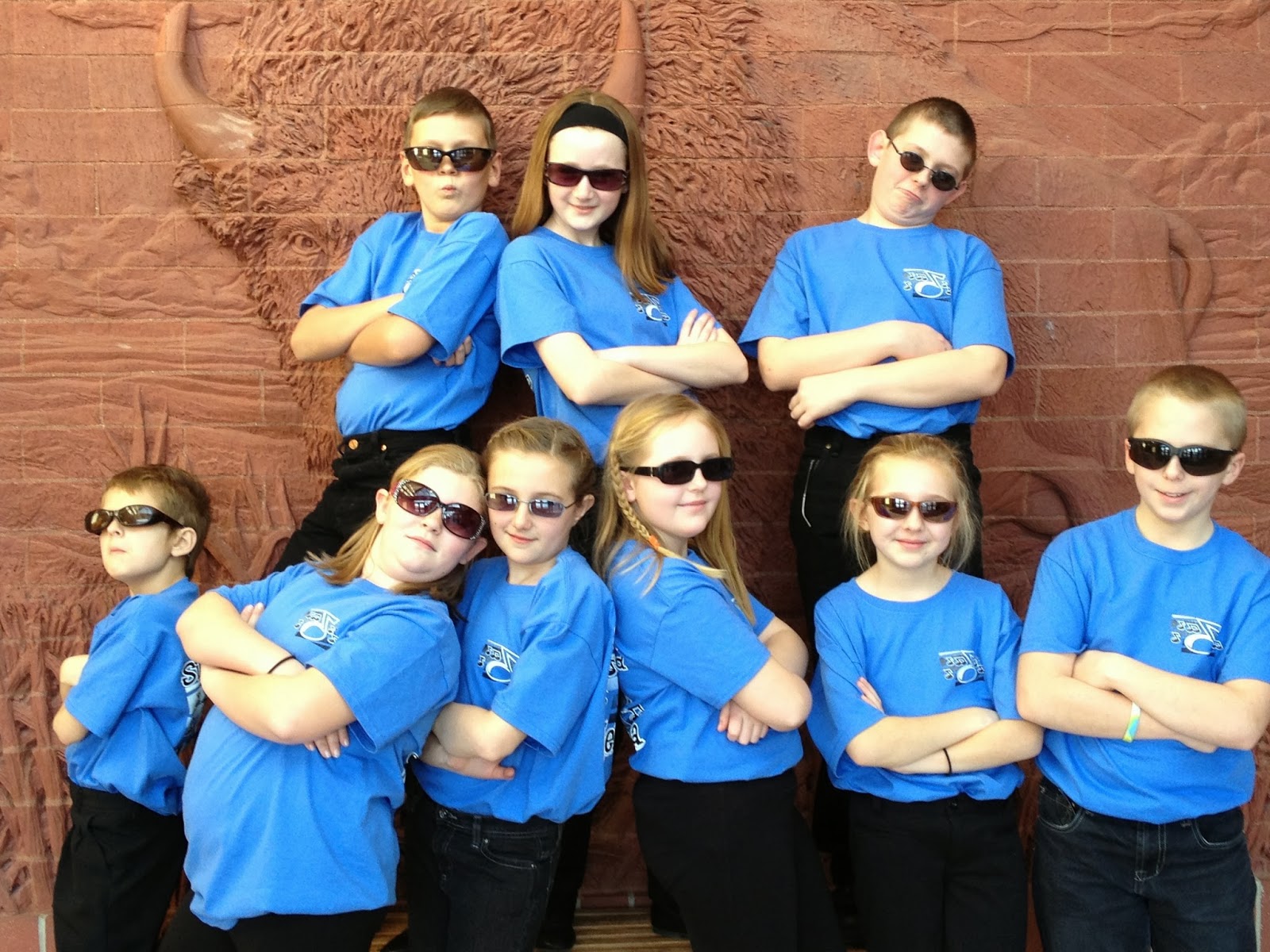 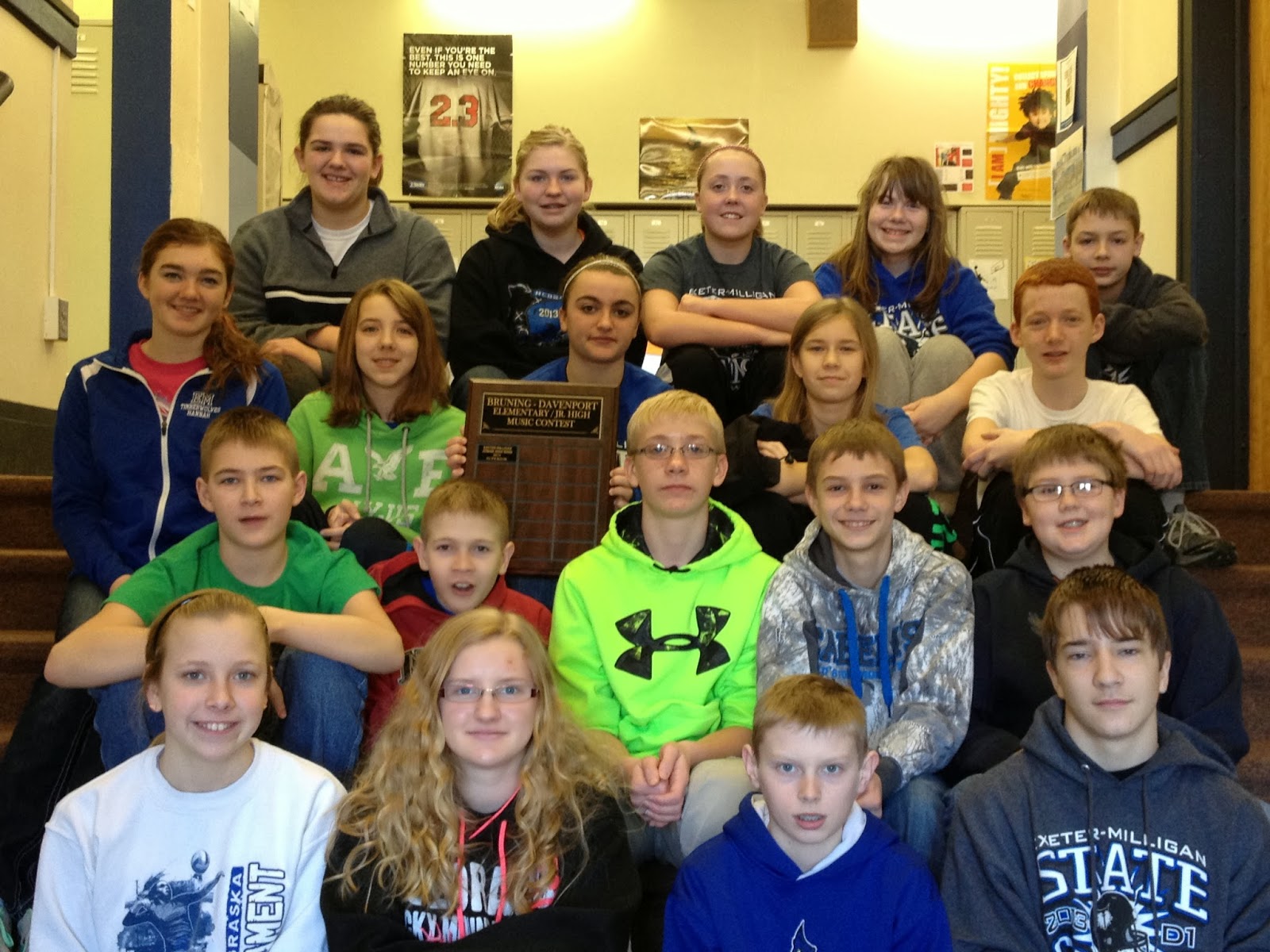 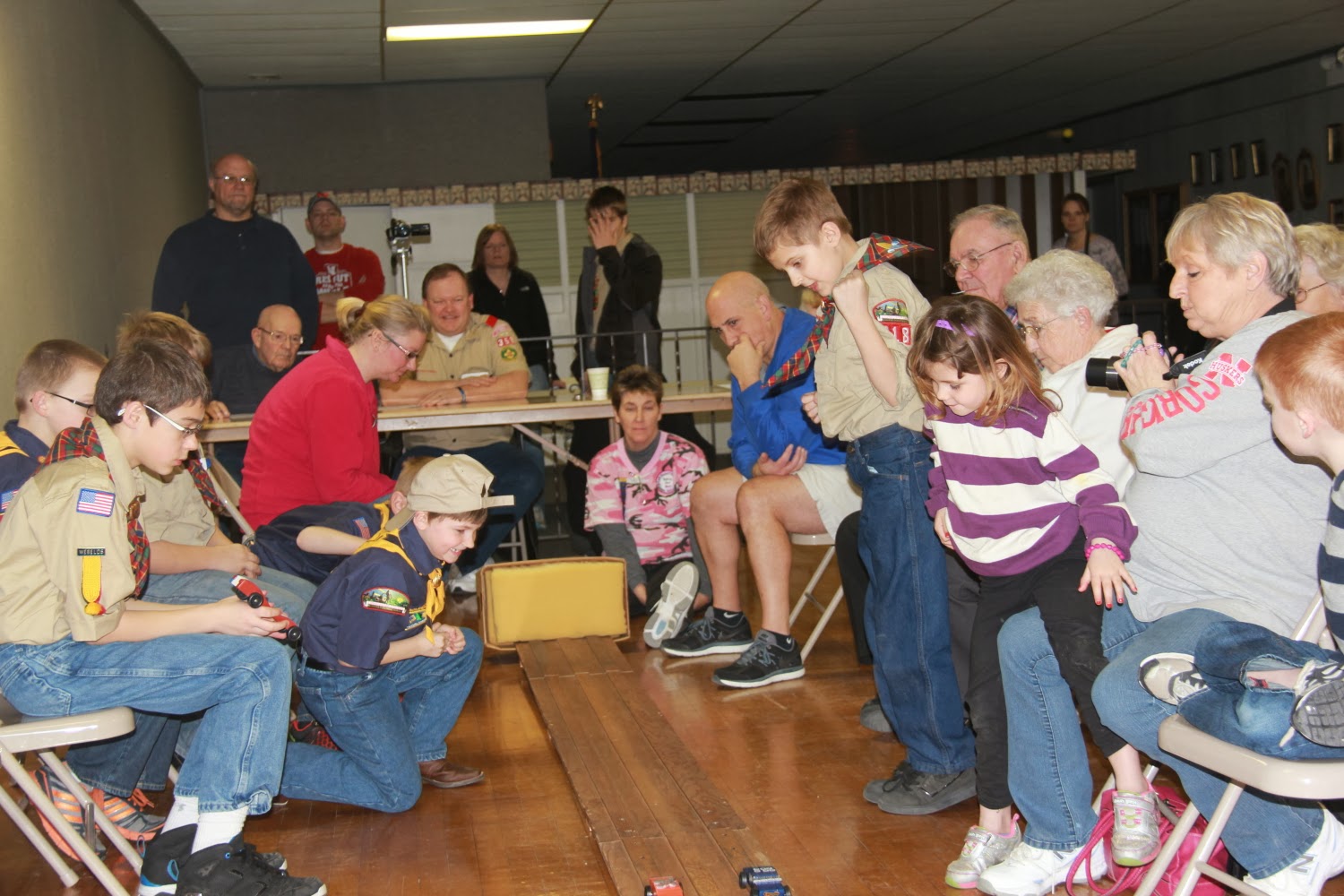 Brothers Josh Meyer (left of the track) and Blake Meyer (right of the track) race against each other at the Pack 218 Pinewood Derby.  Mr. Sheffield and Mrs. Mueller were the judges for the event. 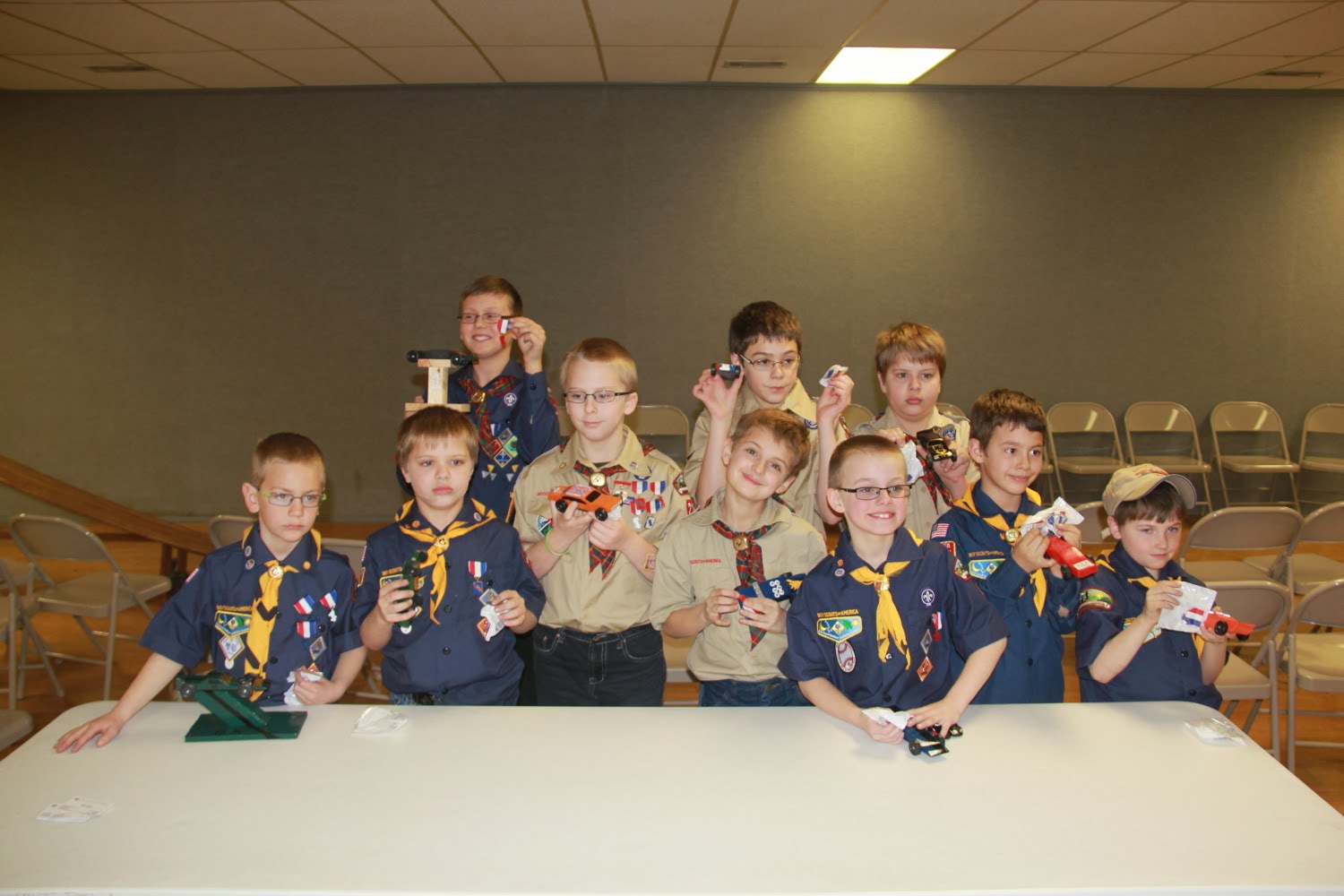 After a long night of celebrating the scouts posed with their cars and their medals.  Front row from the left:  Tyler Due, Mikey Bartu, Braden Capek, Blake Meyer, Troy Kallhoff, Devin Harrison and Josh Meyer.  Back row from the left are Clint Oldehoeft, Chris Kelch and Ben Bartu.

Cub Scouts in Pack 218 celebrated the birthday of Cub Scouting on Sunday, Feb. 23 in Exeter.
The scouts opened the evening with a flag ceremony led by Webelos Scout Blake Meyer.  A prayer for the food was led by Braden Capek.
Before the meal was served the scouts performed a skit.  Webelos Scout Clint Oldehoeft played the part of Wendell Windbag as he retold the history of scouts as he had researched.  The cub scouts dressed as a caveman, a shepherd in Biblical times, an explorer, a medieval knight, frontiersboys, an American Indian, an alien and a mummy before one scout corrected the historian and the scouts sang “Happy Birthday Cub Scouts.”
Later in the evening the scouts had a Friends of Scouting presentation by the Cornhusker Council District Director Jerad Reimers.
The scouts also received their awards during the evening.  Receiving the wolf rank were Josh Meyer, Tyler Due, Troy Kallhoff, Devin Harrison and Mikey Bartu.  Receiving the Webelos rank were Braden Capek, Chris Kelch and Ben Bartu.  Clint Oldehoeft and Blake Meyer received additional Webelos pins and will be awarded their Arrow of Light at an upcoming ceremony.
The scouts looked forward to the highlight of the evening, the Pinewood Derby Race.  Mr. Stanley Rhodes brought the wood track that he made 35 years ago for the scouts and had Lance Larsen and Steve Rhodes for his assistants for the evening.  The group directed the scouts in the race and judged the show portion of the evening.
The show results included modified winners: Ben Bartu, first, Braden Capek, second and Devin Harrison, third.  In the stock show Tyler Due came in first with Mikey Bartu in second and Chris Kelch in third.
The race was exciting and the final winners had to have a race off to see who was the top winner.  Overall in race Tyler Due finished first barely beating out Clint Oldehoeft.  In third place overall was Josh Meyer.  When the cars were divided up by type, Braden Capek took second in modified race and Devin Harrison took third.
Posted by Leesa Bartu at 7:00 AM No comments: