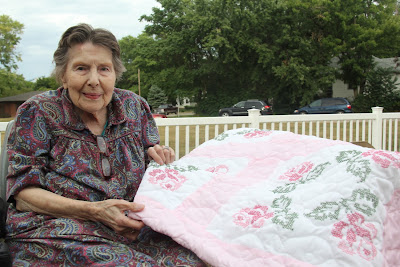 Elfreida Jensen was the winner of the quilt raffle that the Exeter Care Center held.  Elfreida also happened to be the one who did all the beautiful embroidery work on the quilt.
Posted by Leesa Bartu at 7:30 AM No comments:


Exeter Care Center hosted Jazz on the Green on Wednesday, September 11 on the lawn around the gazebo at the care center.  Tim Javorsky was the jazz artist who presented the entertainment for the event and the care center provided a supper of hotdogs, chips and cookies.  The also brought in a bounce house for the kids to enjoy.  Cooler temperatures made for a beautiful evening to enjoy some great music. 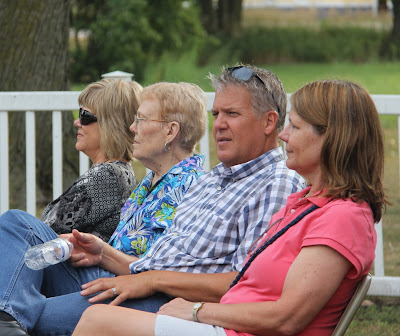 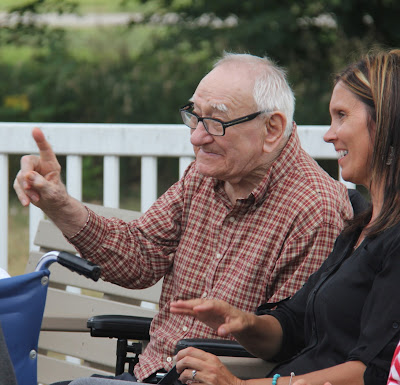 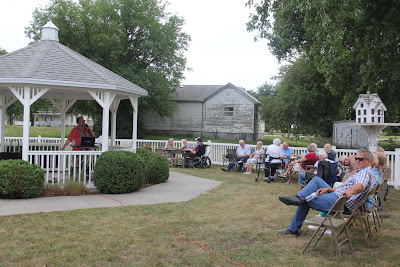 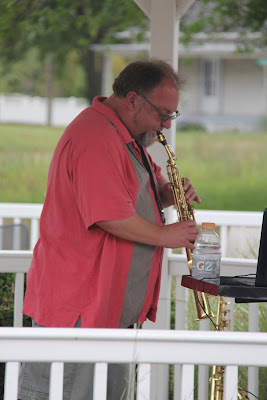 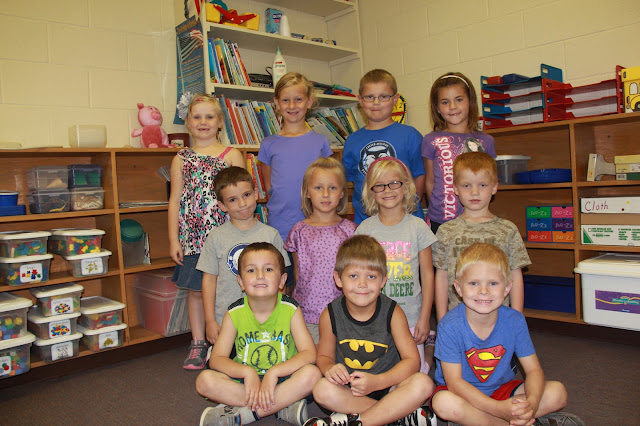 Exeter-Milligan Kindergarten paused during their school day for a class photo.  Front row from the left Ronnie Babula, Trevin Ronne and Avery Nichols.  Middle row from the left, Jonah Geiger, Kaydence Haase, Selah Petersen and Brett Kallhoff.  Back row from the left, Katherine Hale, Kiley Oldehoeft, Logan Krupicka and Alexis Saatman. Tucker Svec is not pictured.
Posted by Leesa Bartu at 7:30 AM No comments: 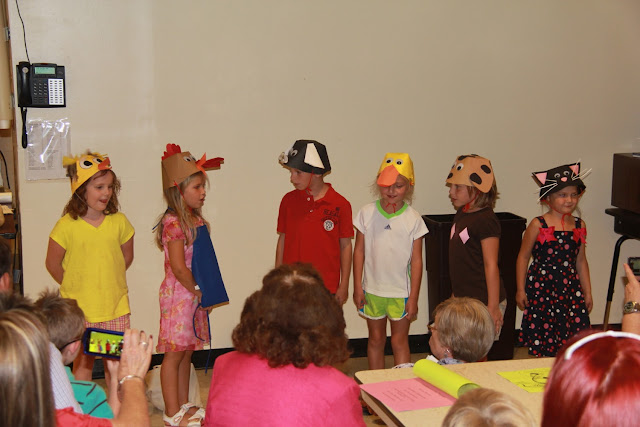 This last Sunday was Grandparent’s Day and the Exeter-Milligan First Graders wanted to make sure their grandparents felt appreciated.

With a packed cafeteria, the first grade performed several songs and two plays that they had practiced for weeks.

The students split into two groups and part of the class performed “The Little Red Hen.”  The students did an excellent job telling the story of all of the work the little red hen despite the laziness of her friends.

The second group of students performed “Three Billy Goats Gruff,” who encountered a mean troll on their way to greener pastures.

After giving their grandparents a tour of the classroom, having their picture taken together and a class photo the school day was over for the first graders. 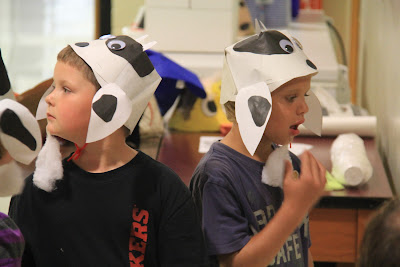 Two of the three billy goats get ready to perform “Three Billy Goats Gruff.”  Jayden Capek, left, and Mikey Bartu is on the right. 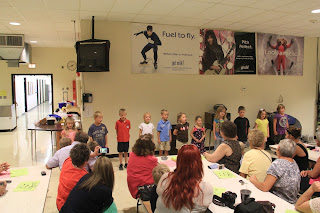 The first grade class performs a song for their grandparents at their Grandparents Day Program. 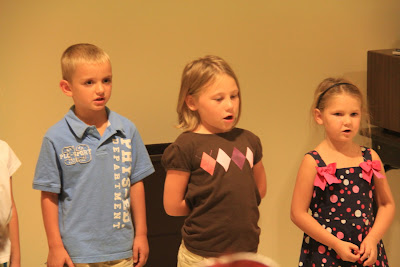 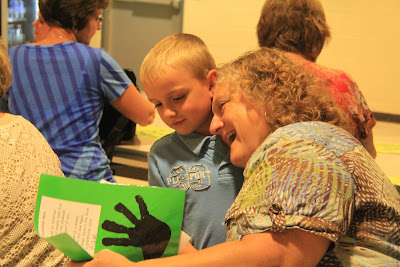 Aidan Vavra gets a hug from his Grandma Amy Hayek after presenting her with a gift he made for the Exeter-Milligan First Grade Grandparents Day Program.