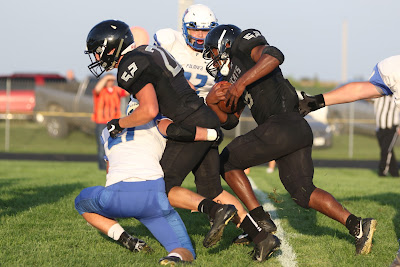 It didn’t take long for the EMF Bobcats to start spinning the scoreboard in Friend Friday night.

After three and out for the Palmyra Panthers, on second down EMF quarterback Spencer Pribyl tossed a pass to Max Zeleny who took the ball straight into the end zone for six with Mitchell Manning handling the two point conversion.

Once again the Bobcat defense put their claws out stopping the Panther offense.  The Bobcats, with the ball again, had a holding call and then a fumble recovered by Nick Hayek.  On the very next play Pribyl sent the ball into the end zone for another six points.

It was Edwen Baptista’s turn next with a 32 yard run and he also caught the two point conversion pass.  The Panthers turn was cut short again by the Bobcat defense and on fourth down they punted to Manning who had an incredible punt return ending up close to the 8 yard line of EMF.  Manning took it in for a touchdown bringing the score to 28-6

The Bobcats stopped the Panther run and took over on fourth down.  The first play out of the huddle had Pribyl sending the ball down to Bossaller who headed into the end zone for another six points.  Now the score was 34-6.

The Panther’s couldn’t catch any breaks but Max Zeleny managed to pick off a Koby Dillon pass and take it  home for a pick 6 bringing the lead to 40-6 with five minutes left in the first half.
Pribyl connected with Zeleny again for six points and Casey Jindra caught the two point conversion. 48 to 6 with 3:44 left in the half.

Palmyra quarterback Koby Dillon sent a ball into the endzone with Kane White catching a pass for the extra two.  New score is 48-14 and we haven’t made it to the half.  Before the half Johnny Babula got a QB sack and the first series out of the half Manning grabbed a Pribyl handoff for a 59 yard run and six points.  Pribyl’s conversion pass was batted down in the end zone. 54-14

With a running clock the Bobcat coaches sent in the second offense and defense.  At the start of the fourth quarter Palmyra scored bringing the score to 54-22 which stopped the running clock but it restarted when Manning took a Pribyl handout for six.  Palmyra scored once more but the two point conversion was intercepted by Casey Underwood in the end zone.  Final was 60-28. 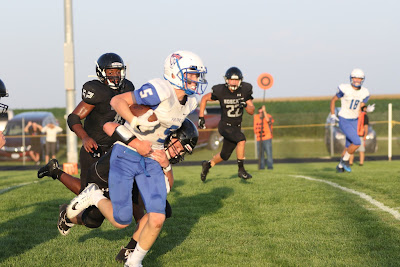 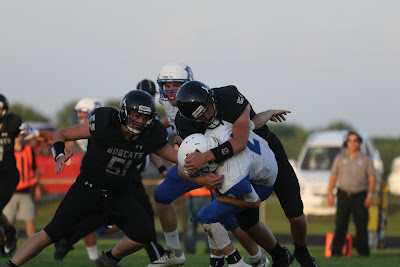 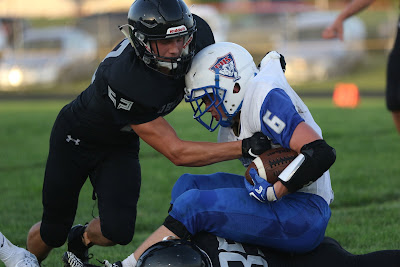 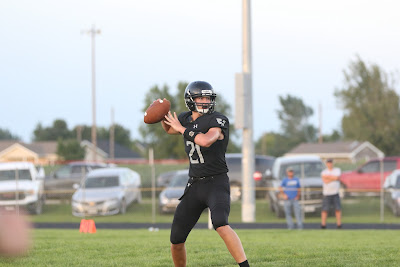 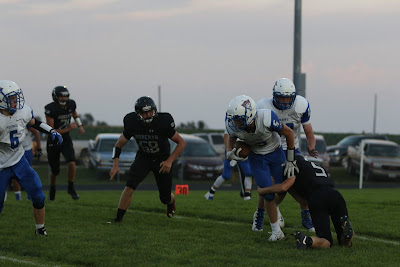 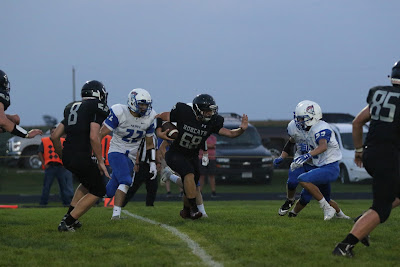 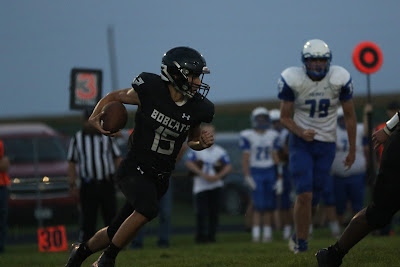 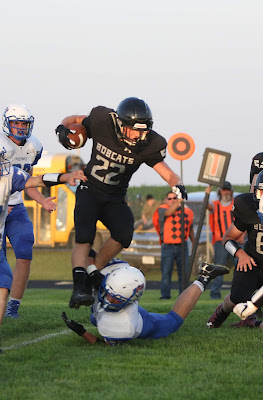 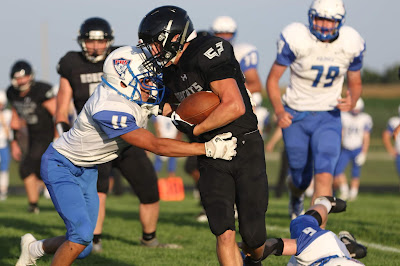 Volleyball on the Radio and STRIV on Thursday

Can't make it to the Volleyball Triangular in Shickley on Thursday.  You're covered either on KOOL Radio 103.5FM, 1370AM, http://koolradionie.com ,  or Ole' Red KUTT 99.5 or online on Striv (select Shickley).
Posted by Leesa Bartu at 12:29 PM No comments: