Janet Marie Miller was born to Lawrence & Ann (Davis) Roth on April 14, 1956 at Seward, Nebraska. After a courageous battle with pancreatic cancer, she passed away at her home in Exeter, Nebraska, surrounded by family, on June 2, 2019 at the age of 63 years, 1 month, and 19 days. She was the oldest of 4 children born in the family.

Janet grew up in Friend, Nebraska graduating from Friend Public School. While in school, she enjoyed cheerleading activities. After high school, Janet worked in the nursing field for many years.

On September 22, 1997, Janet was united in marriage to Roger L. Miller in Wilber, Nebraska. After her marriage to Roger, they made their home in Exeter, Nebraska. Janet enjoyed going in the truck with Roger, camping, and also helping Roger with his many projects. She had a loving heart and was fond of their cats, Marlin & Joscelyn, and their dog, Magnum P.I. Janet also enjoyed writing, painting, and drawing.

Janet was preceded in death by her father and mother, Lawrence & Ann Roth; her father-in-law and mother-in-law Bernard and Ruth Miller; and her grandparents Lester & Ollie Roth.

She is survived by her husband Roger Miller of Exeter, Nebraska; Brother Jerry & Carrie Roth of Lincoln, Nebraska; sisters Lori & Rick Sheehan of Friend, Nebraska and Renee Choudhry of Exeter, Nebraska; and many nieces and nephews.
A Funeral Service for Janet was held on Thursday, June 6, 2019 at 10:30 a.m. at the United Methodist Church in Exeter and Kim Dunker officiated the service. Recorded selections played for the service included “The Old Rugged Cross,” “What A Friend We Have In Jesus,” “Angel,” and “Grandpa.” 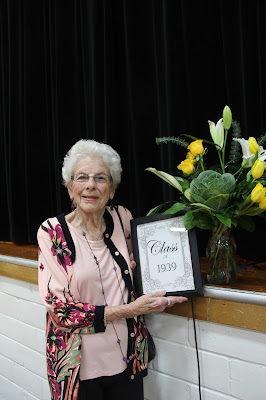 Eyvonne Jensen Johnson was the only member of the 80 year class who was able to attend. 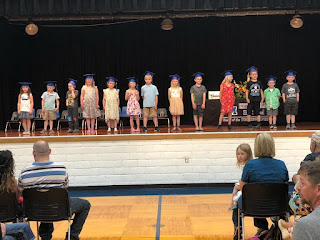 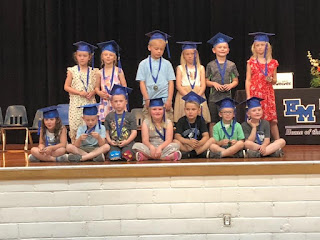 A Funeral Service for Janet will be held on Thursday, June 6, 2019 at 10:30 a.m. at the United Methodist Church in Exeter, Nebraska. Kim Dunker will officiate the Funeral Service.

A Graveside Service will be held in Exeter Cemetery following the Funeral Service.

Memorials are suggested to the family for future designation.

Posted by Leesa Bartu at 7:49 AM No comments:

As Bon Jovi says:
“There’s only one place left that I want to go,
WHO SAYS YOU CAN’T GO HOME!”

This was the message the Exeter Area Community Foundation and the Exeter-Milligan School Foundation expressed to the 2019 graduates at Exeter-Milligan.  Each graduate received a personalized mailbox, reminding them that they will always have a home at Exeter-Milligan and are always part of the pack.  It may not be on the graduates radar now, but in five or ten years, when they have a family of their own and are looking for a place to raise that family, the hope is that little voice will be telling them, “Who says you can’t go home!”