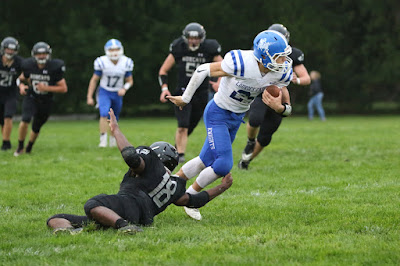 EMF Bobcats saw the weather break just as their game started in Milligan on Friday night. Damp, slippery grass made for a few challenges on the field Friday night.

The Bobcats got on the board first on a Spencer Pribyl pass to Max Zeleny with 5:51 left in the first quarter.

Nebraska City Lourdes Central Catholic found the end zone on their next set of downs but the touchdown was called back for illegal formation and holding as well.

The Bobcats came back strong with Mitchell Manning snaking through a battalion of Knights for a first down close to the end zone.  Pribyl tossed an option pass to Baptista for another score and the Bobcats posted  up 12-0.

Lourdes challenged the Bobcats on the next set of downs when on their second down they broke loose on a 65 yard run into the end zone bringing the score to 12-6 with 1:23 left in the first quarter.

After another huge Manning run, Pribyl kept the ball and snuck in the end zone. On the two point conversion attempt the ball got loose in the rain and Baptista scrambled and came up with the ball in the end zone. The Bobcats ended the first quarter 20-6.
Beginning the second quarter on a first down Lourdes fumbled, Baptista recovered at the Bobcat 27. Taking over, the Bobcats fumbled at their own 13 turning the ball over to Lourdes who were not able to capitalize on the turnover.

Lourdes fourth down punt to the Bobcats wasn't contained by EMF and Lourdes retain possession and capitalized on it with a pass hauled down into the end zone.  The score was 20 -12 but there were 10 minutes left in the quarter.
Pribyl passed to Manning for a 60 yard run down to the 13 with 21 seconds left in the half.
The Bobcats found paydirt in the end zone with Pribyl passing to Baptista in the end zone. They tacked on two more with Pribyl finding Zeleny ending the half at 28-12.

The second half of the game Lourdes kicked off sending an on-site kick rolling down the middle of the field.  After the scramble Lourdes came up with the football.  On third and thirteen the Knights decided to pass down the sidelines and Zeleny picked it off and ran it down to the 20.  Pribyl found Zeleny and he brought it down to the four before Pribyl kept it and slipped into the endzone for another six.

Manning took the option in for two pumping the Bobcats up to 36 - 12 with 6:28 left in the third quarter.
At the beginning of the fourth the Bobcats found themselves in good shape again after converting a fourth and one.  Pribyl held on to the ball and found the end zone starting the quarter 42-12.

The final score of the game came on a option from Pribyl to Christian Weber who followed a great Zeleny block into the end zone. 48-12 with 7:32 left in the game. Slater Wells sacked the Lourdes quarterback and Ryan Sharp also logged a sack. 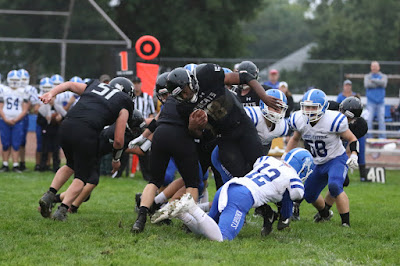 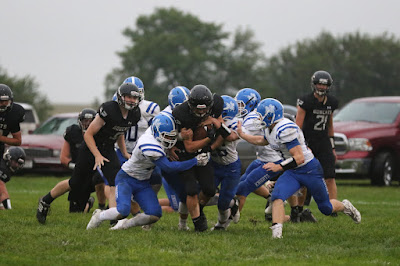 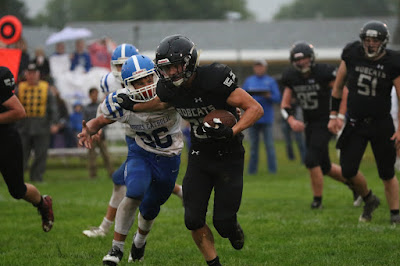 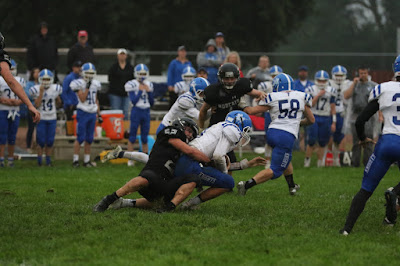 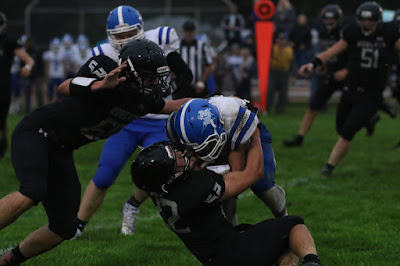 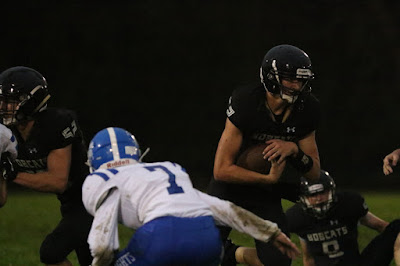 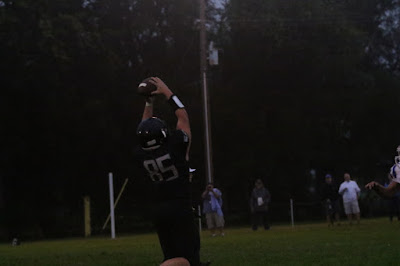 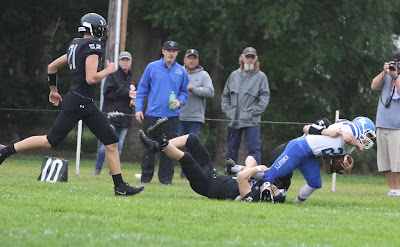 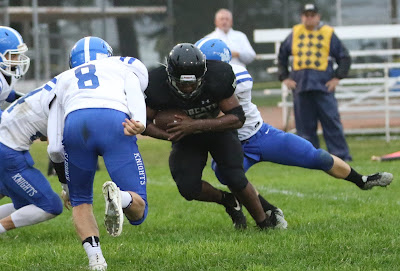 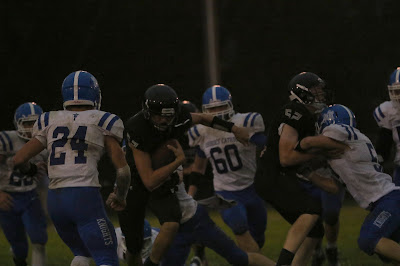 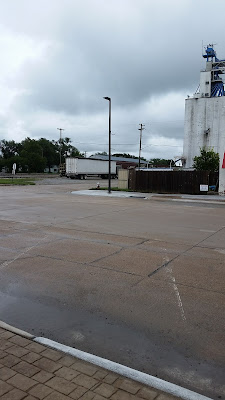 Downtown Exeter got a new look last week.  The new light posts were installed downtown.  The LED fixtures are energy savers with a sleek design. 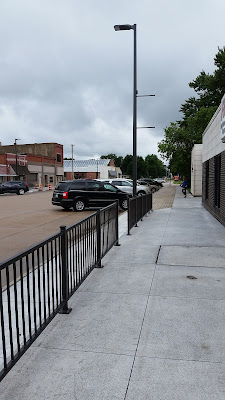 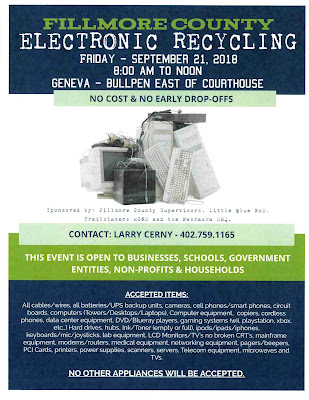