Lincoln here we come!  The Lady Timberwolves who lost unexpectedly in sub-districts earned a wild card spot for the state tournament in Lincoln next week.  Updates soon on who their opponent will be and when they will play!  Go Timberwolves!
Posted by Leesa Bartu at 6:15 PM No comments:

A funeral service for Roger will be held on Saturday, February 25, 2017 at 10:30 a.m. at the Trinity Lutheran Church in Cordova, Nebraska. Pastor Michelle Kanzaki will officiate the services.

A graveside committal will be held in the Exeter Cemetery following the funeral service.
Posted by Leesa Bartu at 2:29 PM No comments: 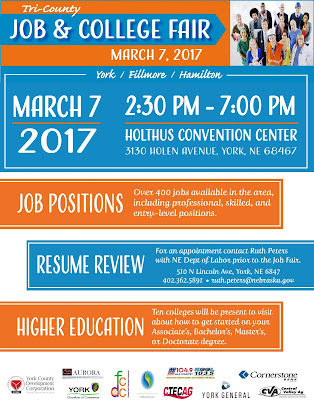 Exeter Village Board Approves One and Six Year Road Plan


by Leesa K. Bartu
After pointing out the open meeting act information Chairman Alan Michl directed the Exeter Village Board to the minutes and invoices during the Wednesday, February 8 2017 meeting.

The board moved on quickly to review the one and six year road plan which included the updates the board is considering.

Michl commented that “Main street is in good shape – we are just going to do the sidewalks.  There will probably be a little street repair because of the infrastructure.”

Exeter resident Ed Mark questioned the board on the timing of the construction and the issues on the truck route in front of his home “I hope you aren’t going to do this when the kids are in school.”

Michl responded, “It’s a timing issue but to be honest with you we aren’t going to wait.  We can’t, contractor’s can’t wait.”

Michl also reassured Mark that the road would be re-engineered.  And Maintenance Supervisor John Mueller noted that the substrate will be properly applied which will fix the issues that the road has.

Mark responded,  It’s an issue.  We get hit with trucks going in and out since you changed the truck route,  things will shake off the counter.”

After further discussion the board approved Resolution 1702 to adopt the one and six year road plan.

Deeds were presented from Brian Murphy and Exeter-Milligan school which were part of Cheyenne street that was vacated. The board accepted the deeds in a formal motion which passed. They were needed in order to open the road.

Patt Lentfer gave an update on the Fillmore County Development Coorporation.  She invited the board members to come to the annual meeting on February 23 in Grafton.  She also presented the board with copies of the Southeast Nebraska travel guide and gave a brief report in the expansion of the ethanol plant and the construction of the anhydrous plant in Geneva.

Lentfer noted that housing has been at a premium because of the influx of temporary employees for the recent construction projects.

The board reviewed the pool manager and lifeguard applications but noted that don’t have any applications for the maintanence position yet.

Kathy Erdkamp confirmed the hiring policy, “I think we should do what we have always done, the ones that have been there the longest get the most hours.”

The board moved on to the next agenda item, reviewing the water rates of similar sized communities.  After comparing the rates to what Exeter charges, Michl determined, “We are cheap, we need to consider an adjustment of our rates.”

Exeter Village Clerk Becky Erdkamp noted that, ”State statute requires that your water and sewer programs have to pay for themselves.”

“On average we are losing $6500 a year on our water,” noted Michl, “We are $1.05 less per thousand gallons than the average looking at the towns around us.”

Clerk Erdkamp reported that the board had last raised rates in Dec 2012.  The board discussed several options but decided to wait until the next meeting when they have more information and then consider an ordinance in April with updated rates.

Exeter Maintenance Supervisor John Mueller reported that all of the sewer and water line mapping was finished.  Mueller met with JEO engineer Dave Henke who will be working on the planning of the infrastructure project the village is considering.

Mueller reported that the new backhoe was delivered and it has already been used.

Clerk Erdkamp reported that sales tax for November was $11,212.13 and she expects December to be higher.  The Keno for December was $665.82.   The board set the next meeting for March 8.

Posted by Leesa Bartu at 8:31 AM No comments: