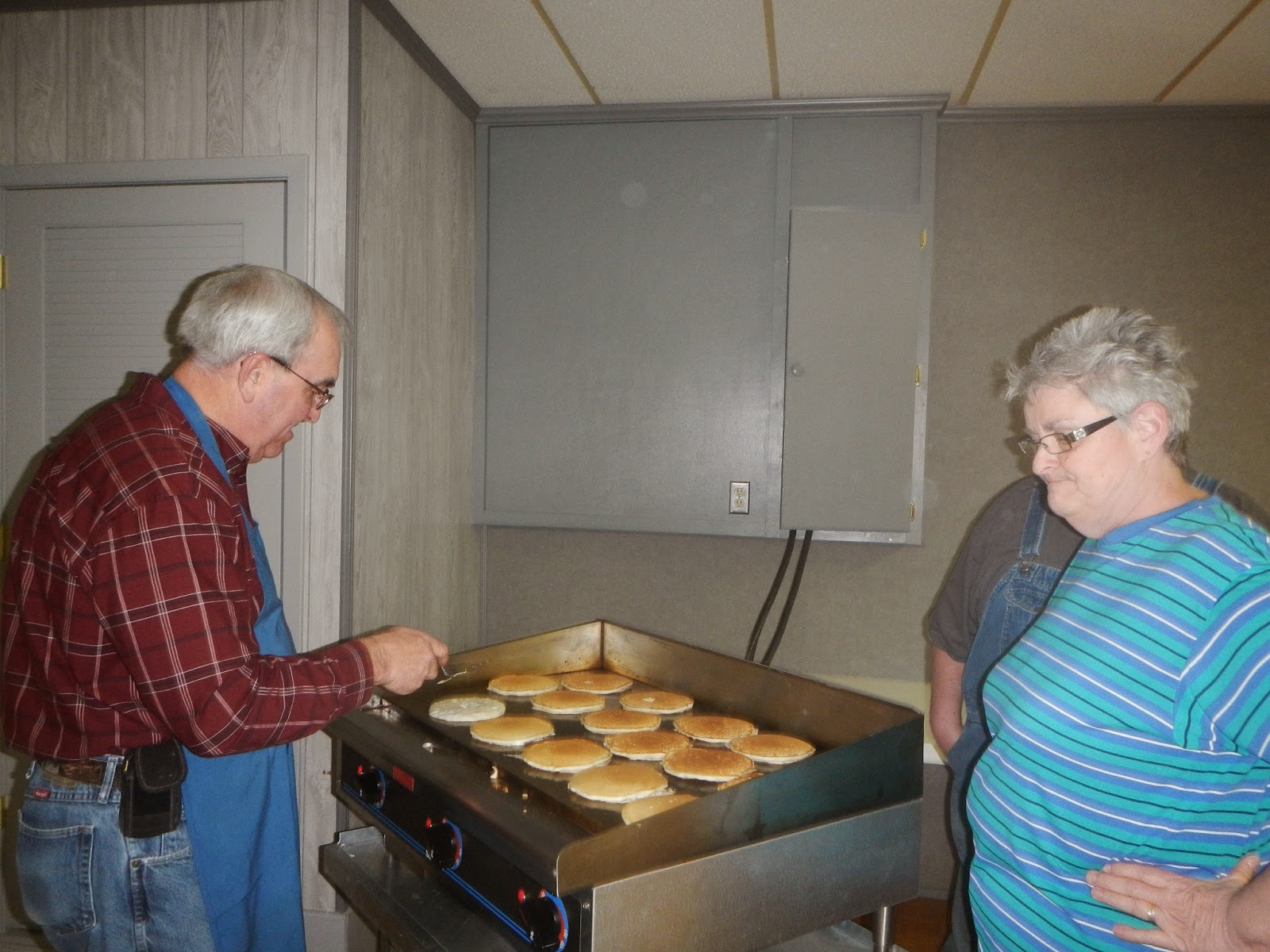 The Exeter Chamber of Commerce served several hundred people at their annual Free Pancake feed on March 10th.  Above, Margaret Petro makes sure that her Bob Mueller gets the pancakes cooked just right. 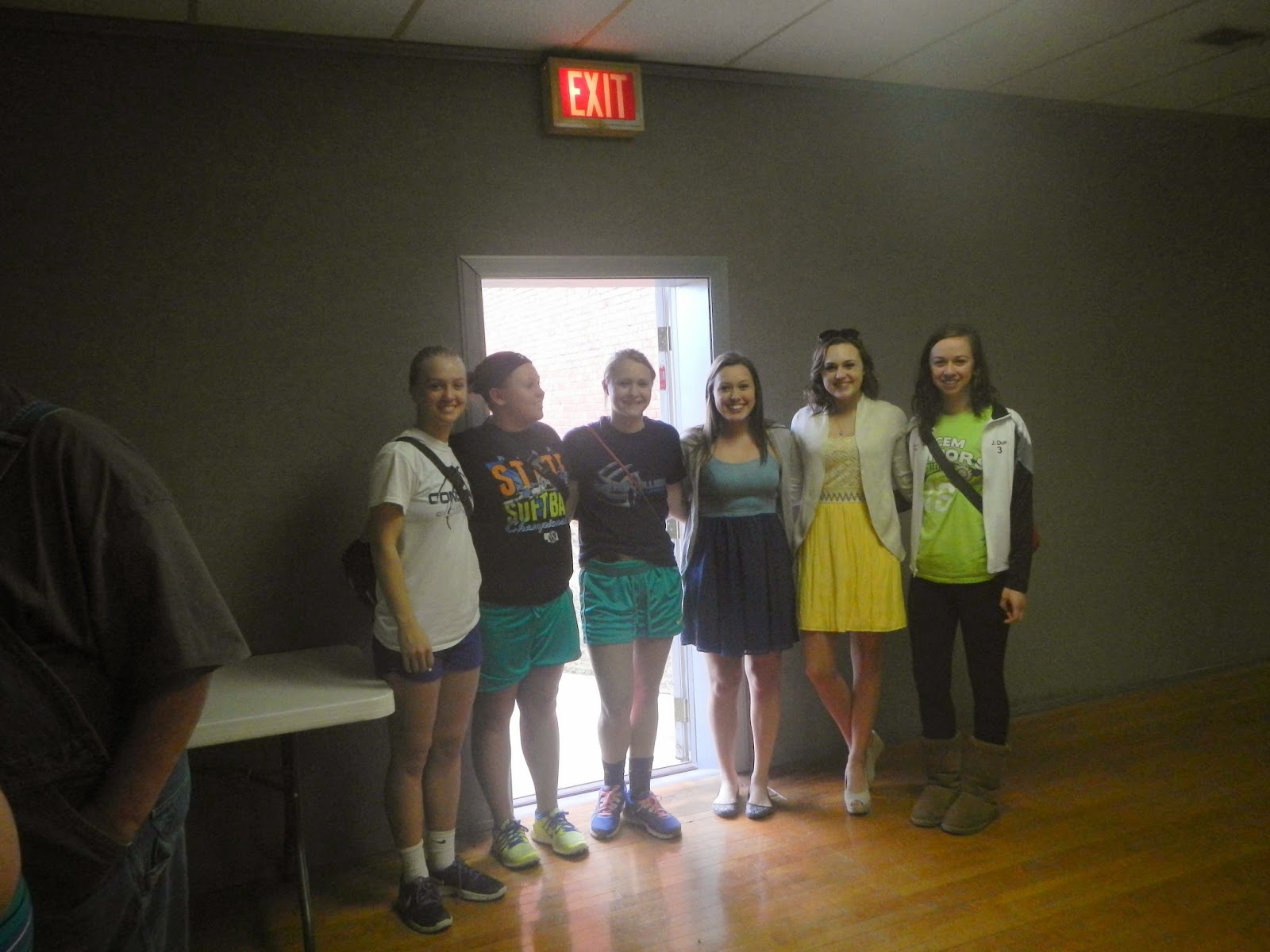 The Exeter-Milligan ladies stopped in after track practice and before the FCCLA STAR and Speech night at the school. Below, these ladies enjoyed some pancakes for supper. 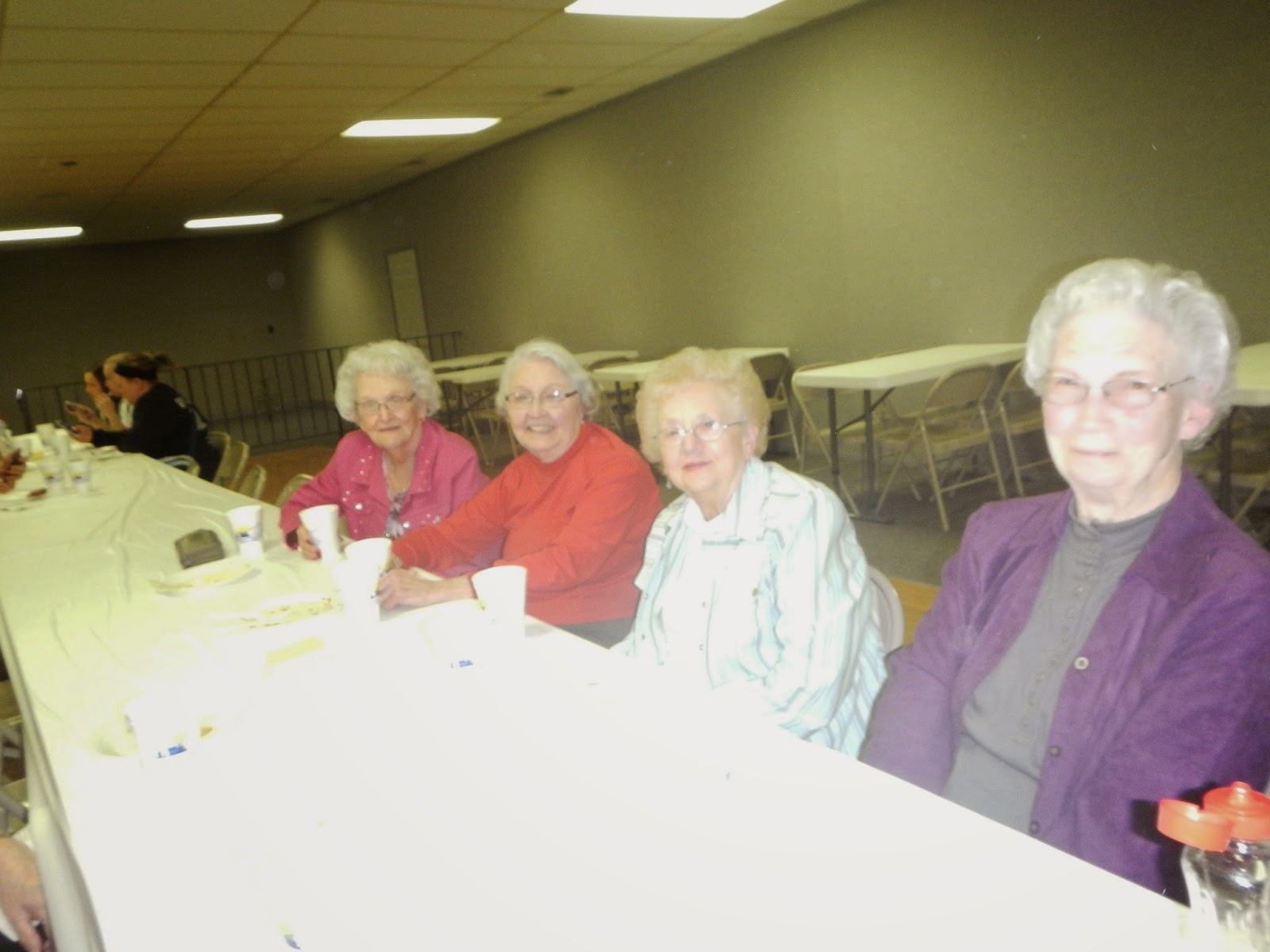 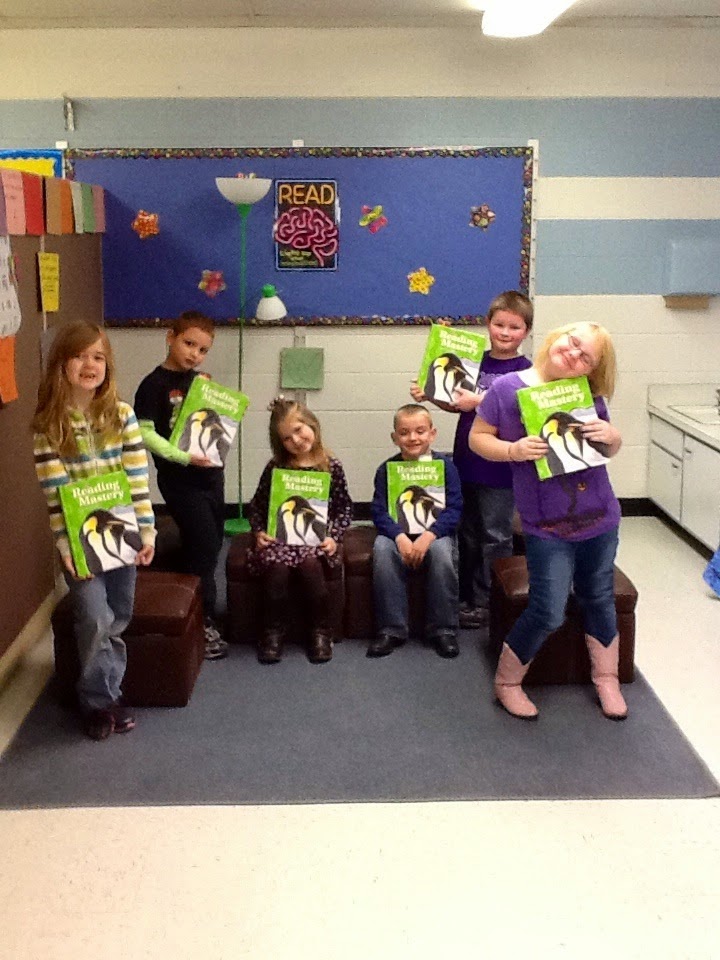 Kara Myers’ reading group, the "Shining Stars,” are "soaring" through the Reading Mastery series.  They are proud to announce they have successfully finished Signatures 1 (orange book) and are now embarking into Signatures 2 (green book)!  They will continue to sound out difficult words and read well and quickly.  They will learn how to remember information that is important and how to use that information to answer questions.  These "bright" students will be able to read with better understanding for subjects like science and social studies.  They will also work on important writing and language skills.  Best of all, they will continue to find out that reading is enjoyable! 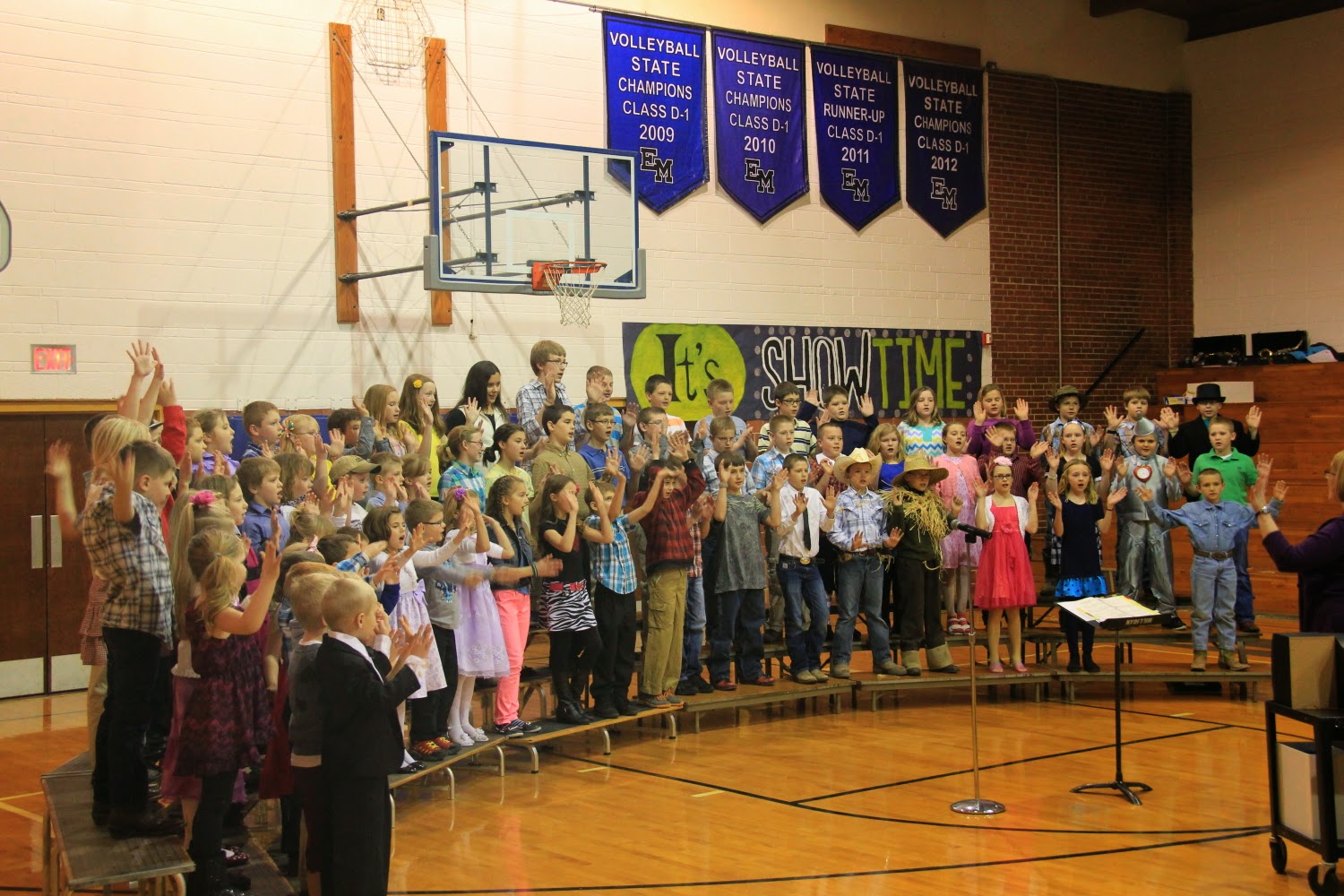 Exeter-Milligan Elementary students turned on the lights and pulled up the current for the Spring Concert on Tuesday, March 11 in the Milligan gymnasium.

The students performed show tunes from "Annie," "The Wizard of Oz" and "The Lion King."
Exeter-Milligan Music teacher Angie Murphy opened the show directing the 5th and 6th grade band ensembles. The fifth grade band performed the "William Tell Overture" and "Let's Go Band."  Together with the sixth grade they performed "American Patrol."


The sixth grade band did an excellent job on their performance of "Gonna Fly Now" and the "Theme from Our Director."

The third and fourth grade performed "La Boomba" on their boomwhackers and then the students who had participated in Sing Around Nebraska performed the song they learned.

The choir portion of the evening began with the entire elementary performing "Turn the Lights On!" before the kindergarten, first and second grade performed four songs from the musical "Annie."

The third and fourth graders performed songs from "The Wizard of Oz" concluding with "We're Off to See the Wizard."

Guests were invited to enjoy the Elementary Art Show before and after the concert.

Exeter-Milligan Doesn't Go Down Without a Fight 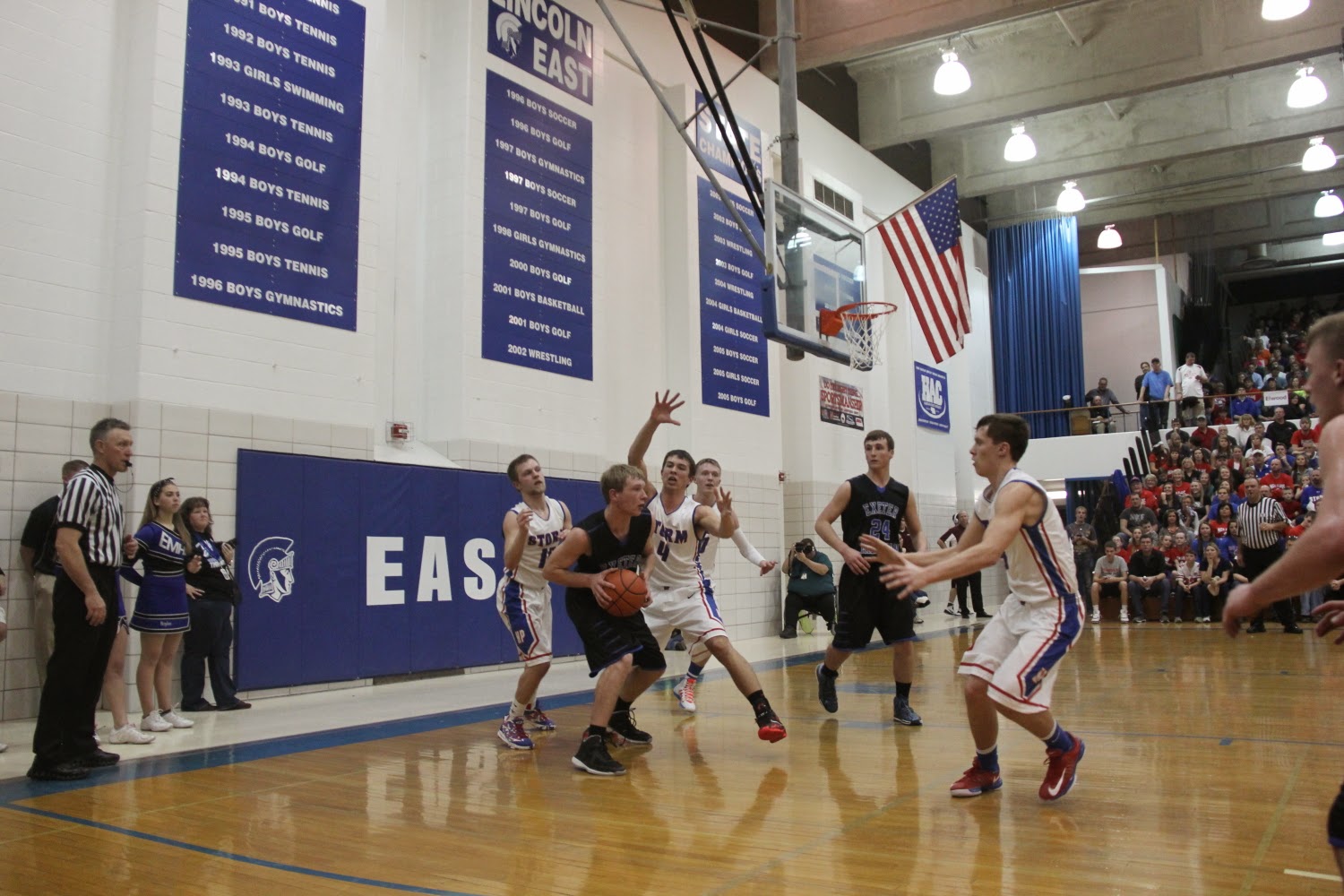 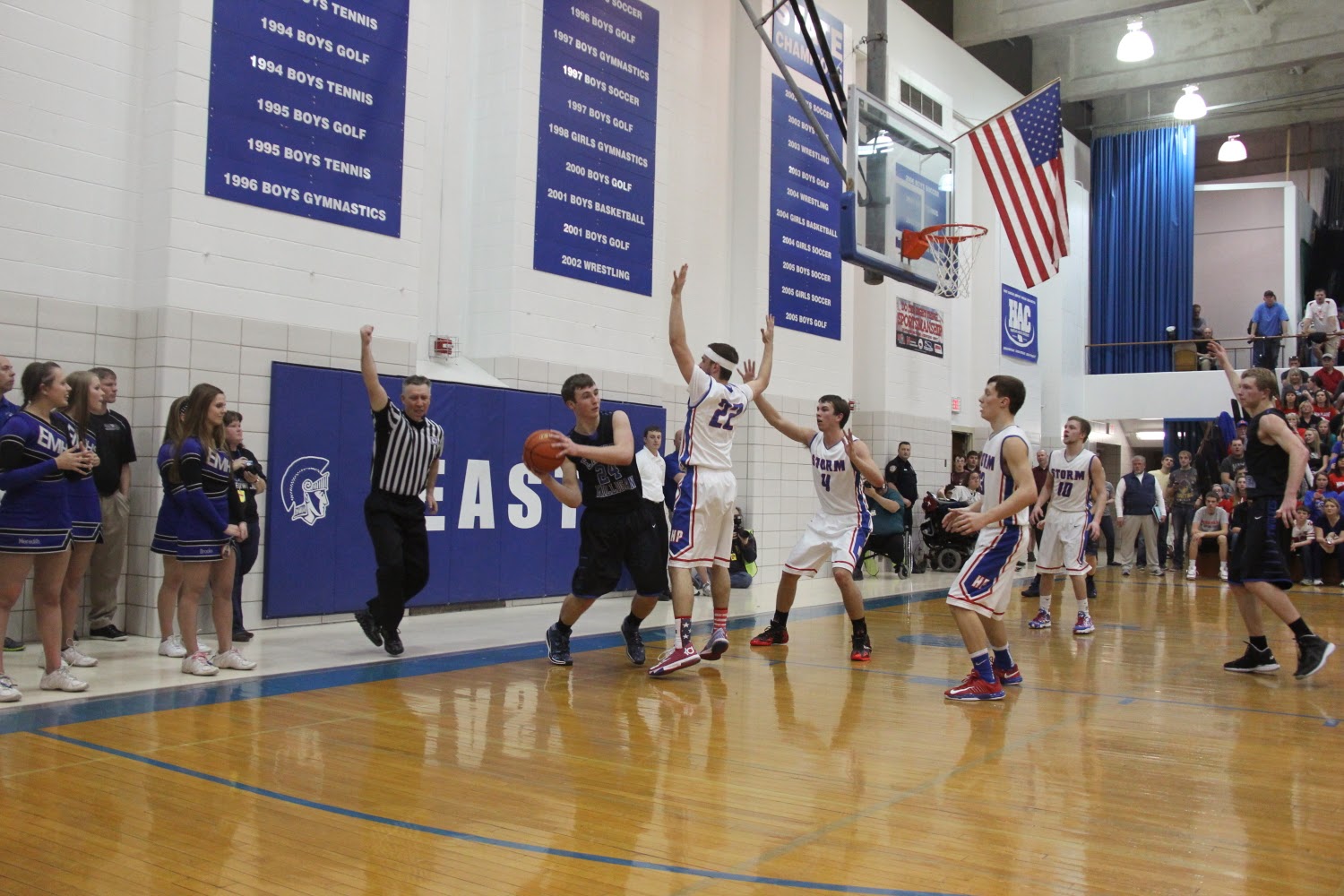 Tied at half-time in front of an over capacity crowd at Lincoln East, the Storm just blew into Lincoln a little bit harder than the Timberwolves.  The Timberwolves came back from a double digit deficit in the third and fourth quarters but only got within four points before the buzzer sounded at the end of the game.  The T-wolves had a great season and once again gave Exeter and Milligan a group of student athletes to be proud of.  Thanks!  High Plains Storm 49 - 45 Exeter-Milligan Timberwolves
Posted by Leesa Bartu at 11:17 AM No comments: 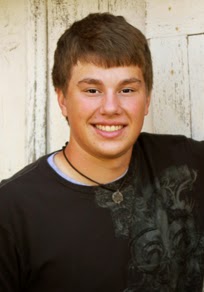 Alex is the son of Mark and Starlene Benorden of Exeter. He is a senior at Exeter/Milligan High School and will be awarded a $1000 per year scholarship to attend Northeast Community College’s two year utility line program beginning this fall.

###
If you would like more information about this, please contact Lisa Wurtele at 402/362-3355 or e-mail lwurtele@perennialpower.com.
photo courtesy of Kathy Kahler
Posted by Leesa Bartu at 10:50 AM No comments: