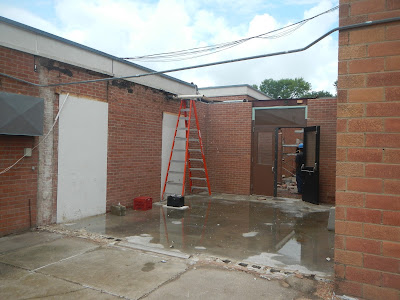 Hallways to the elementary school at the Exeter site are now closed off at Exeter-Milligan and the old storage room just off of the gym has now been demolished.  Check the website often for picture updates! 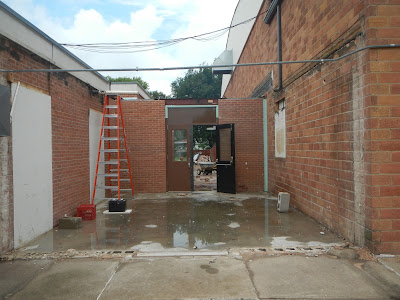 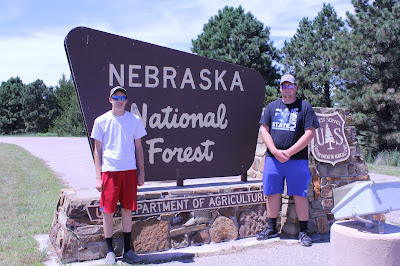 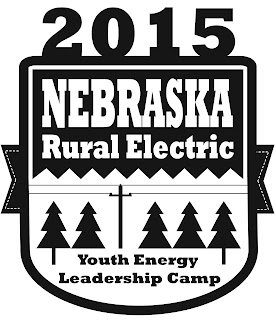 New bleachers are being installed at Exeter-Milligan 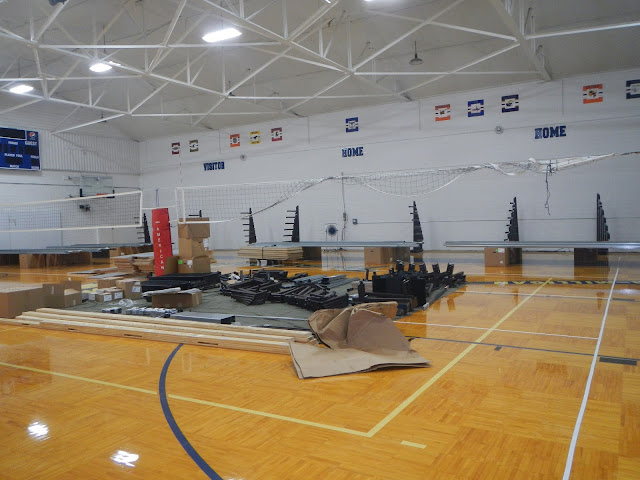 Posted by Leesa Bartu at 1:13 PM No comments:

Exeter-Milligan school board met on Wednesday July 15th but were not able to attain a quorum of members so the board rescheduled the meeting to Thursday July 16th. Member Adam Erdkamp was absent.

Treasurer Jim Zeleny read the treasurer’s report and the board approved the minutes from the June 15th meeting. After the bills from July were reviewed the consensus agenda was approved.

The curricular report was given on Wednesday evening by Mary Lou Vossler, the FCCLA advisor, along with three of her students who gave their presentation from the National Convention where they had recently competed.

The board gave the policy updates a second reading .All the updates were changed by the school lawyer following new legislation changes. Sheffield gave a brief recap of the changes in policies.
One change that Sheffield noted was a legislative bill which changed the bid requirements for a school district project from 40,000 to $100,000 minimum. Also, LB923 provides for school personnel to receive suicide prevention training each year.

Other policies updated dealt with homeless students, student illnesses, sex equality and school wellness.  The board approved all of the revisions and the additions to the policies unanimously.

The board moved on to new business which included a review of the activity policy.  One change was made in the consequences for Drug, Alcohol and Tobacco violations.  If a student violates the policy standards while attending or participating in a school sponsored activity additional sanctions will include an automatic thirty school day suspension from all school activities with no opportunity to reduce the suspension and if the student is a senior in high school they will not be allowed to participate in the graduation ceremony.

Board members Kendra Jansky and Jim Zeleny both voiced their support.  Jansky noted, “I think these are good changes.”

Zeleny agreed, “This is a good policy.  We give them a second change.”

After further discussion the board unanimously accepted the new policy.

Sheffield presented the census report and noted that there are 15 students signed up for kindergarten.
Also under new business Sheffield requested that the board approve the purchase of a one man lift to help them change light bulbs in the gyms or put up banners.  He explained that this lift transports easily in the back of a pickup. Right now the custodial personnel have to rent one from York or Lincoln. The purchase price is around $6500.

After checking on a source for funding the board encouraged Sheffield to purchase the lift.

The school open house will be held on Wednesday Aug 12 from 5 – 7 at both campuses.  Sheffield warned that there will be construction going on. “It will be good for people to be aware of the construction,” noted President  Sharon Kuska.

Sheffield also gave the storm damage updates.  “All the roofs the insurance paid for are done.  The only thing on siding we have someone coming to take a look.  We still won’t close out the claim because we have three years to get it all done.  I want to make sure after another year the other roofs are fine.”

Summer projects have continued with lights replaced in the Exeter site gm and outdoor lights in Milligan.  Sheffield reported the fiber line was moved into the computer lab instead of being in the distance learning room and they expect the bleachers to be installed in August.

A new pad for the scorers table in Milligan was presented.  It would be held on to the table with Velcro and the cost was $300.

Sheffield also noted that he will be moving his office to the conference room and Jackie Yound will be moving into his office.  The board will begin holding their meetings in the elementary computer lab until the addition is complete.’

The board set the next meeting for August 12th in Milligan at 8 p.m. 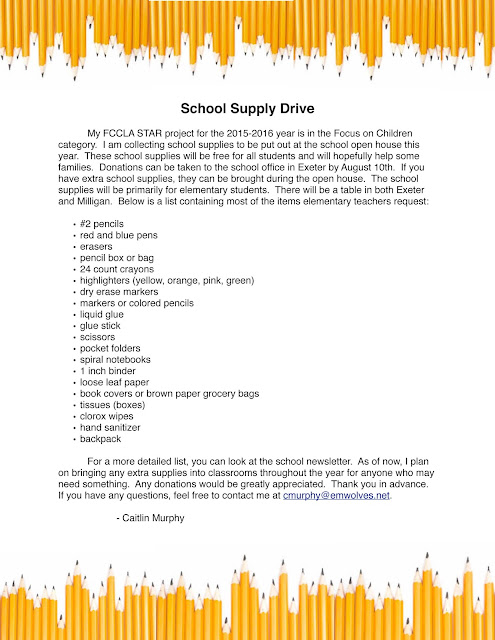 Posted by Leesa Bartu at 2:09 PM No comments: 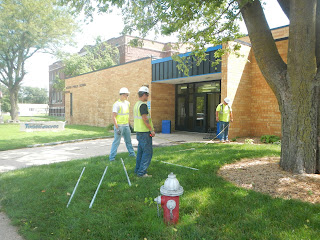 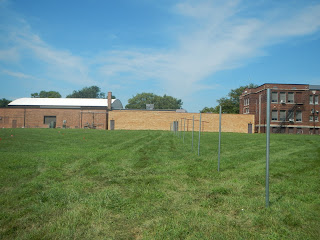 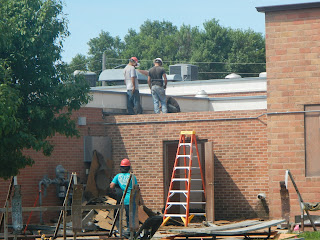 Posted by Leesa Bartu at 2:08 PM No comments: