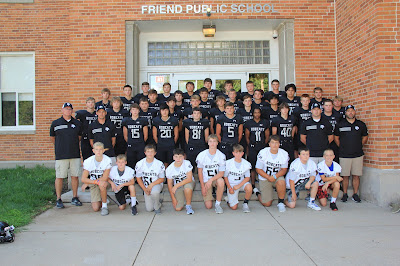 He graduated from Exeter Public School in 1971 and went on to Southeast Community College in Milford earning a degree in Diesel Technology in 1973.  He was employed by Horizontal Boring and Tunneling in Exeter until starting his employment for the Saline County Roads Department in 1994 where he worked as a maintainer operator for 25 years until he retired in 2019.

Kevin married Carol Vnoucek at the United Methodist Church in Exeter on October 27, 1984 and to this union a son, Cale Robert was born.

Kevin loved to be outdoors, farming, fishing and hunting, especially with his son Cale, nephew Jerod and cousin Ed Olson. He raced ProAm stock cars primarily at Beatrice Speedway in Beatrice but also ventured to Eagle Raceway in Eagle, Midwest Speedway in Lincoln, Butler County Fairgrounds in David City, and the State Fair stock car races. He raced for over 27 years (1973-2000) making many memories with close friends Roger Klein, Tony Schweitzer, Jerome Ekeler and many more. Kevin was inducted into the Beatrice Speedway Hall of Fame in 2012. He was a big NASCAR fan, not to miss a race on Sunday afternoons on television.  His son Cale was named after NASCAR Hall of Fame driver Cale Yarborough.

Kevin loved being around kids, especially at the track, and was so proud when Cale and Jennie became parents of Waylon Harold and made him a grandparent.  Kevin always had a dog and loved each and every one of them but especially Barn, Comet and Scout.

Kevin is survived by his son Cale (Jen) and grandson Waylon of Dorchester, former spouse Carol Olson of Dorchester, mother Norma Olson of Crete, siblings Mike (Sharon) Olson of York, Cheryl (John) Bullard of Lincoln and Keith (Michelle) Olson of Friend.  One nephew Jerod Olson of Seward and three nieces, Amy Jappert of Lincoln, Sarah Menyweather of Lincoln and Abbey Schluter of Gretna.  He is preceded in death by his father Vernon, sister Diane, and grandparents Ed and Fern Olson and Arthur Lueninghoener and Emma Sohl.

Kevin’s wishes were to be cremated with no visitation or funeral service. A Celebration of Kevin’s Life will be held at the Dorchester Legion at a later date.  Memorials may be given to the family for future designation.  Arrangements entrusted to Kuncl Funeral Home in Crete.

Posted by Leesa Bartu at 6:16 PM No comments: 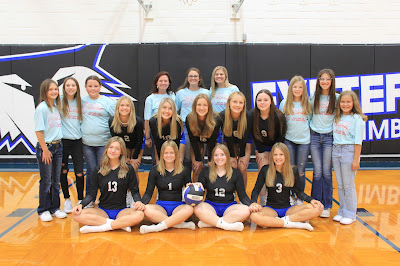 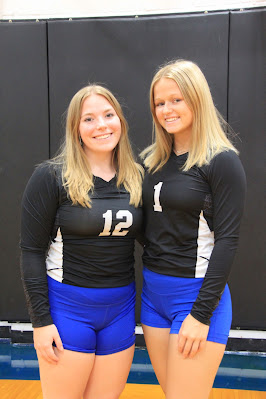 Exeter-Milligan School Board held their regularly scheduled meeting on Wednesday, August 10 at 8 p.m. in Milligan with a crowd of over 25 patrons present for the meeting.

The board quickly moved through their consensus agenda before approving the bullying policy.

The board asked Superintendent Paul Sheffield to review the Friend and Exeter-Milligan coaches’ power point presentation with the audience before the comment period. The proposal outlined the advantages of cooping all sports and activities including a higher level of competition, more athletes for practice, and more opportunities to play opponents on the same level, students able to bond and make friends with more kids with similar interests and coaches able to focus on coaching fewer sports.

One concern the coaches expressed was the increase in travel time for practices.

The presentation then outlined how the committee saw the activities would be distributed with each district being the primary listed with NSAA.

One Act – Friend – performed in Exeter and Friend, Conference site is Friend.

With the floor open several patrons expressed their concern about all of the activities being played in Friend.  Board President Adam Erdkamp responded, “If it’s better for the kids, there are better facilities there.  I understand, we don’t want stuff going out of our communities.”

There was a continued discussion on the issue of most of the sports venue moving to Friend.  It was asked if the board had looked into how other coops had divided up sports.  They also asked about conference participation.

Erdkamp responded that both boards felt it would be premature to get a conference approval before making a final decision on the cooperative but felt that both boards would prefer to be part of the Crossroads Conference.

The conversation moved on to the actual numbers of participating students and Sheffield distributed charts showing the projected number of participants in each sport from each district.  Erdkamp noted that “we are looking at very similar numbers as we did when Exeter and Milligan came together.”

It was noted that there will be a joint board meeting with the Friend School board on Aug 31 in Exeter.  It will include a presentation and a time for public comment.

The patrons continued to ask questions including several about softball and the possibility of cross country.  Board member Eric Milton responded that “It has been the history of this board to try to provide opportunities.  We’ve pushed softball to give everyone opportunities.”

It was specifically asked why volleyball could not be held in Exeter.  Sheffield noted that currently
“seating is at a premium if we have a dual or a tri.”

With the addition of Friend patrons the board was concerned that there would not be room for everyone.

In looking at the number of projected students Exeter-Milligan Principal Laura Kroll commented, “In our current situation we are one or two families away from not being able to provide activities for our district.
“ I want to make sure we are able to provide our kids with what they deserve. . .we have kids that are stretching themselves so thin we are dealing with mental health issues.”

Patrons Rachel Johnson and Kelly Rischling recalled the original offer the Friend district made when cooping was recently discussed.  They remarked that the coaches’ proposal doesn’t give Exeter-Milligan the benefits of the first offer and they raised the concern of “What happens if we vote this down?”

There was no direct answer to this question but Erdkamp added, “The traveling I get it.  Big picture, we have to do what is good for the kids.  We aren’t going to be able to make everyone happy.”

The board was asked where they see the school in five or 10 years.  Erdkamp responded, “I don’t see us on our own.  We are going to have to do something.  We don’t need a two year fix.”

Board member Allen Vavra commented, “We as a board need to decide if we are happy with what the coaches presented.  It is loaded Friend’s way; there is no way around it.  What could we change on that?”

Board member Dan Kallhoff recalled that when Exeter-Milligan and Friend play against each other in basketball in Exeter, “It’s packed.  What would we do with another team there?”

Vavra commented that Exeter’s gym could probably handle volleyball and Erdkamp added that they could have a discussion about having all of the football games in Milligan.

The board wrapped up the coop discussion and moved on to the 2022-23 budget.  Sheffield explained that the levy increase would be right at two percent with expenses down this year.

The board briefly touched on options for the Milligan site but determined that they will have to get the facility appraised before they can discuss any options.

The board set their next meeting on September 14 in Exeter with a budget hearing to begin at 730.