Not only did Exeter-Milligan graduate Claire White play in the All Star Volleyball game this summer but she was coached by Exeter graduate Craig Songster.  Here is a great article about it from the York News Times.
York News Times Article
Posted by Leesa Bartu at 9:32 AM No comments:

The Exeter Aquatic Center will close for the season on September 3rd.

On Labor Day we will be open regular hours: 1:30-8:30 as there is no school Labor Day or the day after.
*The Exeter Aquatic Center reserves the right to close the pool for any school sporting events that are taking place at home once the school year has started*

The Exeter Aquatic Center staff would like to thank all of you for a wonderful season this year.  We look forward to seeing you next summer!
Posted by Leesa Bartu at 7:30 AM No comments: 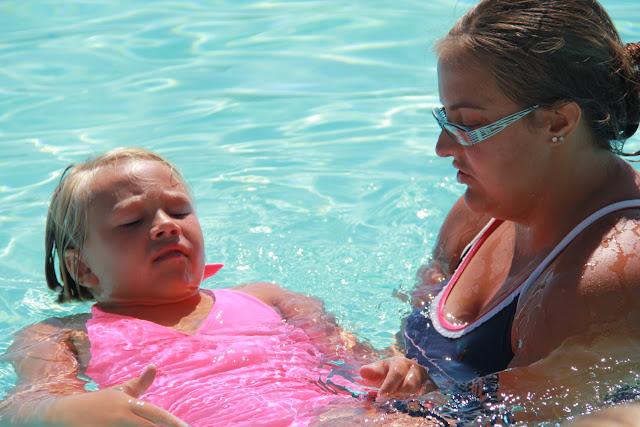 Exeter Aquatic Center Ashley Miller works one on one with Keila Ricenbaw during a Red Cross Certified Swimming Lesson in Exeter. 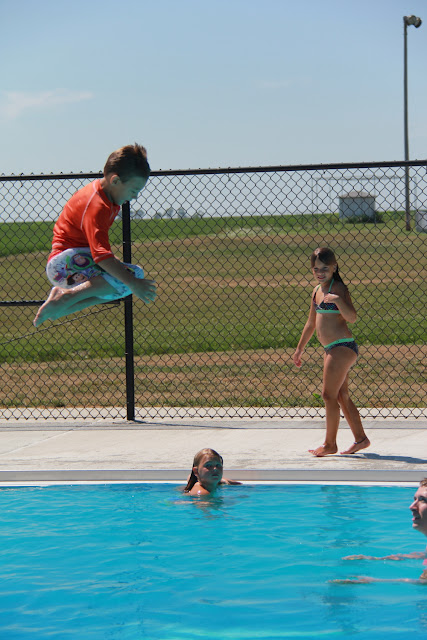 Devin Harrison isn’t afraid to make a statement jump off the diving board during his Red Cross Certified swimming lessons at the Exeter Aquatic Center. 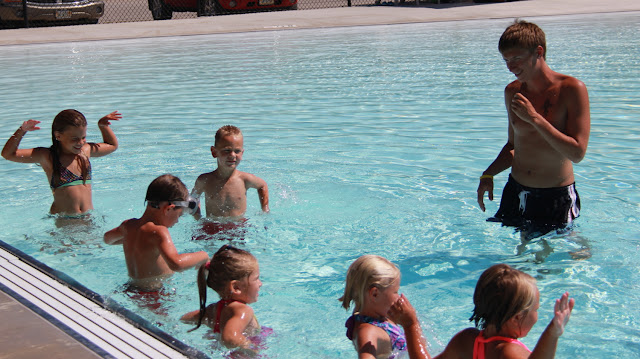 Lifeguard Austin Stride works with a group of swimmers from Cordova, Exeter, Milligan and Friend.  From the far left are CeCe Murphy, Tyler Due, Luke Hamilton, Kiera Papik, Shelby Steyer and Keila Ricenbaw. 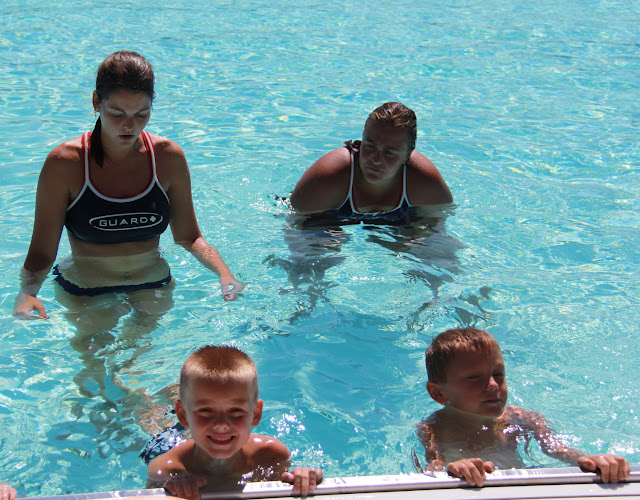 Don't forget to sign up for GAED Soccer this week.  Call the GAED office in Geneva at 402-759-4908 to register your child kindergarten through 6th grade.  Teams play 6 weeks (with Labor Day weekend off) starting August 25th. Registration is $25.00 until August 1 (then add $5 more). There are three teams - K and 1st grade, 2nd and 3rd grade and 4th, 5th and 6th together.  All the games are played in Geneva but practices are held in Exeter and Milligan (depending on team make up) and games are played against teams from surrounding communities. Coaches are also needed!
Posted by Leesa Bartu at 10:47 AM No comments: 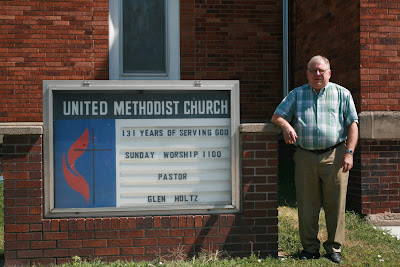 The parsonage and the pulpit are filled at the Exeter United Methodist Church after being empty for a few months.

Glen Holtz, a Nebraska native, recently pastored at Ceresco and Valpraiso and is now ministering to the flocks at the Exeter and the McCool Junction United Methodist Churches.

Holtz definitely knows his way around pastoring two churches in nearby communities as this is his fifth tour of duty with double pulpits, however, this minister came about his calling in a slightly unusual manner.

Holtz was raised and active in the Roman Catholic church until the late 1990’s when he met and married his wife, Tamara, in 1996.  Currently Tamara pastors at the Wahoo United Methodist Church.  Their blended family has two boys and three girls between the ages of 35 and 39.
After they married Holtz became a Methodist so that they could attend church together.  Holtz had been a carpenter and school teacher and after their marriage “I felt like I wanted to something else but I didn’t know what it was. “

It came to him on a road trip one weekend and after thinking about it all weekend he and Tamara decided to investigate in further.  He attended St. Paul School of Theology and received his MDIV in 2002.  “I worked harder my first semester in seminary than I did through my whole prior college experience.”

Of course, he began serving in the pulpit before completing his school working at Martell and Allen first.  He and Tamara have learned to work their schedules so they can spend a few days together each week going back and forth between their two residences.

So far Holtz is enjoying the parsonage and the schedule, “This is the best parsonage that I have lived in so far. It’s great to that the services are two hours apart so I have time to visit with Mc Cool members before heading to preach in Exeter, I haven’t had that much time before.”

Holtz is also looking forward to working with the area ministers with ecumenical opportunities.  He hopes, like all ministers do, to see the church grow.  “I challenged the administrative council to reach out and become involved in the lives of other people.”

“I have what I call an unorthodox theology, I’m far to the left.  I like to challenge the congregation to think about my sermons – I don’t stand up at the podium and preach.  I try to make sure and keep them awake,” explained Holtz.
He is also looking forward to getting to know the people in both communities, see what their ministry is like and help them become better.  “They need to know me better and we can build a trust.  No one changes until they decide they want to change,” said Holtz.

In the past Holtz has worked with prison and jail ministry and has dealt “with some pretty shady characters. Currently I serve as the President of Released and Restored.  I’d like to get the program going in York at the Woman’s Reformatory.”

In his spare time Holtz enjoys photography with his and Tamara’s 10 grandchildren among his favorite subjects.