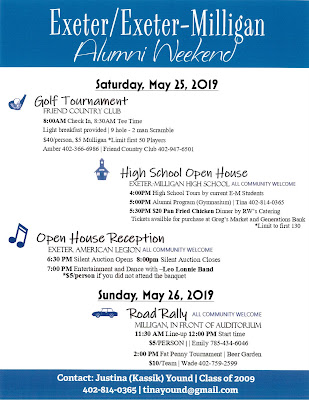 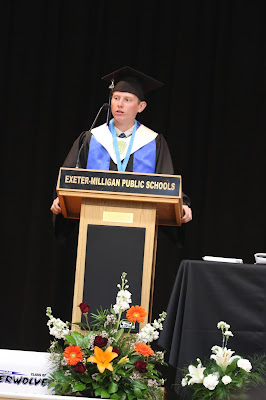 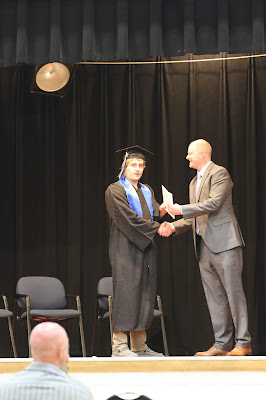 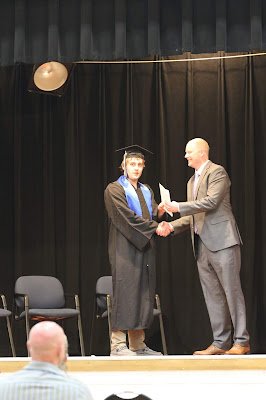 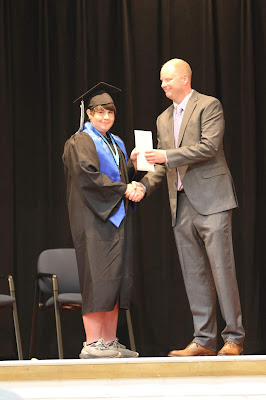 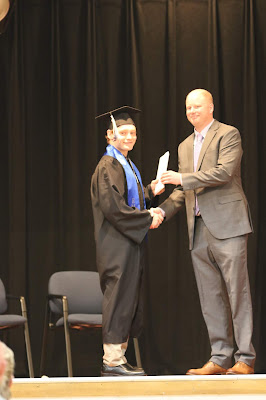 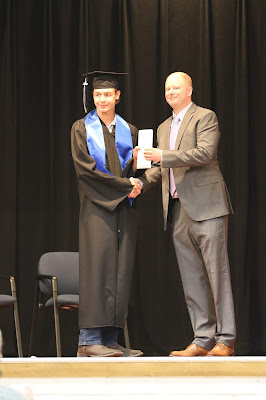 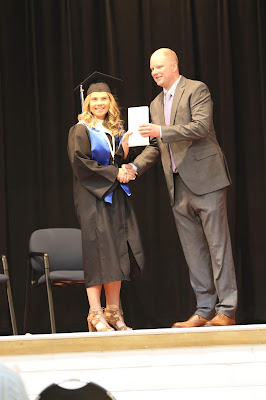 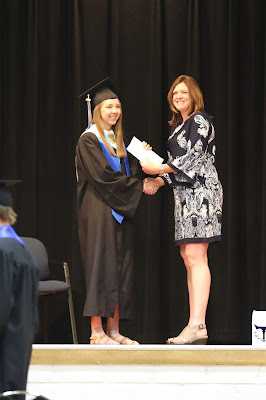 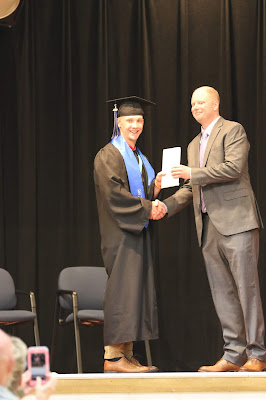 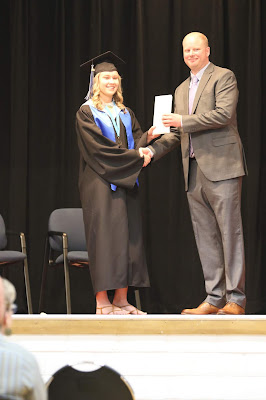 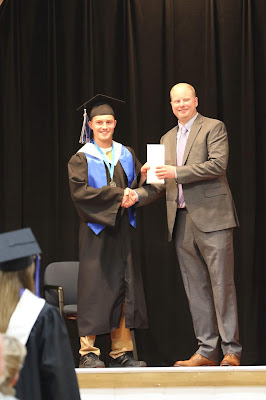 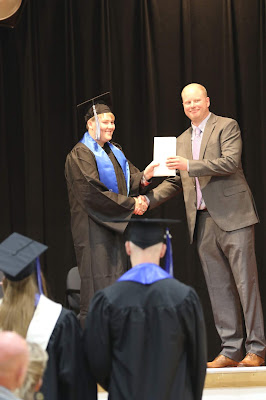 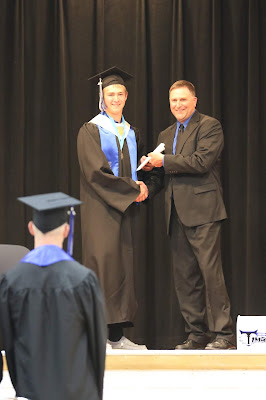 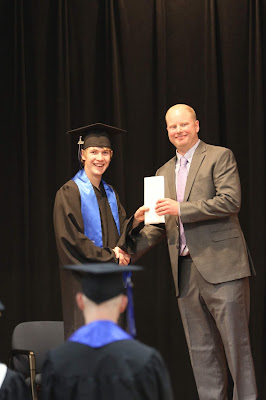 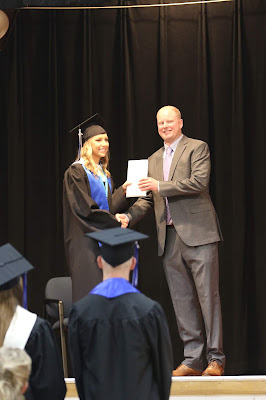 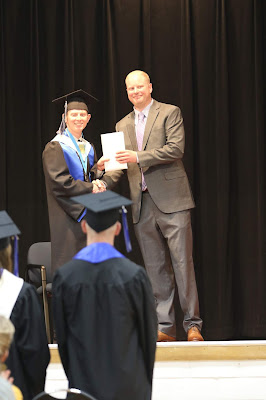 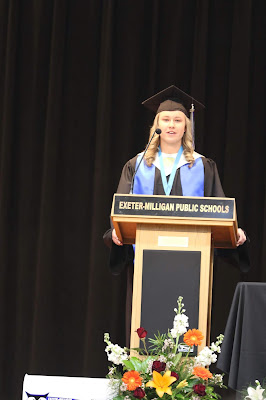 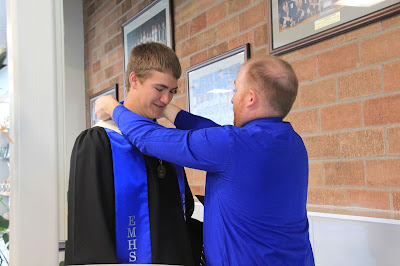 Spencer Pribyl (left) gets some help from Matt Nicholas adjusting his graduation robe and stoll.


Below - Denice Kovanda (right) helps Kate Jansky get all of her medals and stolls on just right before Exeter-Milligan’s graduation on Saturday. 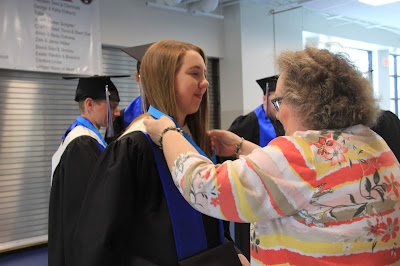 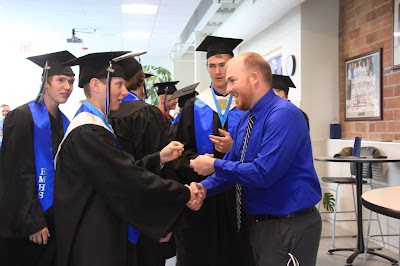 Trever Zelenka, middle gets a lesson in the proper acceptance of the diploma from Matt Nicholas (right) while Spencer Pribyl (middle right) and Blake Steuben (left) watch. 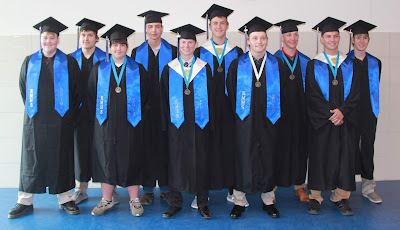 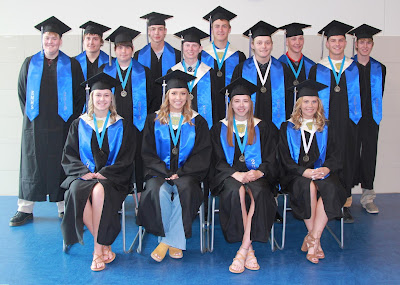 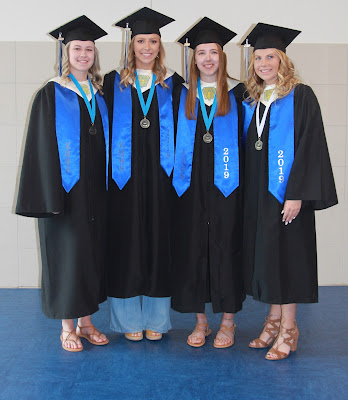 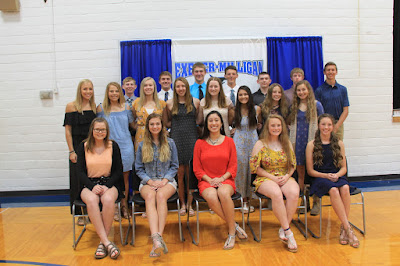 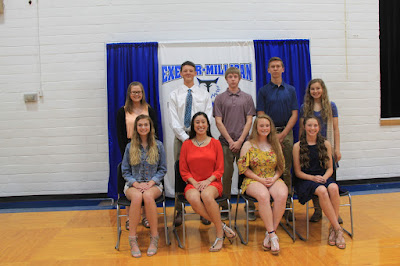 Exeter-Milligan held their Arts and Academics Honors Program on Monday, May 6 in Exeter.

The guests and honorees were welcomed by Caitlin Murphy before the National Honor Society inducted nine new members.

Mrs. Muprhy presented all of the awards for choir and band, recognizing each participant.  The Director’s award was presented to Jozie Kanode, the eighth grader with the highest points.  The Louis Armstrong Jazz award was presented to Kayla Geiger, who had contributed the most to the jazz band.  Macy Due earned the Semper Fidelis award, the senior with the second highest total of points and Peytan Brandt received the John Phillips Sousa Award the highest music points earned.

Mrs. Murphy noted that the band and choir received a special recognition as 69% of the Exeter-Milligan junior and senior high students participate in band.

Mrs. Barnhart presented the One Act and Speech awards and Mrs. Vossler presented the FCCLA officers and STAR participants and their awards.  Caitlin Murphy was recognized for her fifth place finish at state speech and her state runner-up in FCCLA star projects.  Murphy was also elected as a state officer in FCCLA and will represent the state at the national convention this summer.

Mrs. Kanode presented the art awards and recognized Katherine White as the Exeter-Milligan Artist of the Year.

Recognized by the Crossroads Conference for their high ACT scores were Josie Kresak, earning a bronze medal, Mitchell Manning and Trever Zelenka who received a silver medal and Joel Klemm and Spencer Pribyl were awarded gold medals.

After the seniors were all presented their scholarships, the drawing for door prizes commenced and Kayla Geiger closed the program.