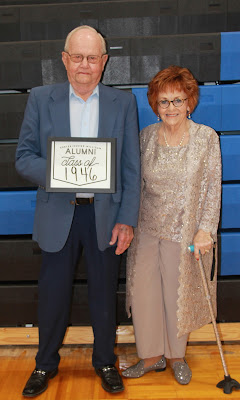 Frances Mae Becwar was born to Frank J. and Helen M. (Novak) Hladky on May 11, 1926 at Pleasant Hill, Nebraska and passed away peacefully at her home on May 27, 2021 at Savannah Pines Retirement Community in Lincoln, Nebraska at the age of 95 years and 16 days.

In her youth, Frances enjoyed riding horses and her pet dogs and cats. She attended rural school until the 8th grade. In 1944, she began working at the grocery store in Milligan, and she also took an interest in refinishing antique furniture and wood working. She also worked for a time at the Exeter Sundry and the Dime Store. It was also around this time that she met Ernie Becwar, and they were married June 6, 1944. After Ernie was discharged from the Army, they moved to the farm. Frances raised chickens, ducks, and helped Ernie pick corn, by hand, until they were able to afford a one-row picker.

Frances and Ernie raised a family and had two sons: Larry and Jack. After the boys were older and entered into school, Frances worked part time at the Friend Dime Store. She also joined a country neighborhood extension club and Legion Auxiliary, which she was a 75 year member. In 1974, Ernie and Frances bought a lot and built a new home in Exeter. Upon moving into Exeter, they became members at the Exeter United Methodist Church and Frances was active in the UMW.

Ernie & Frances enjoyed traveling, seeing all the states except the Northeastern states.
Frances also did a lot of sewing in her spare time, she loved flowers, enjoyed ceramics, but she especially loved spending time with her grandkids. In 2018, Frances made the choice to sell her home in Exeter and move to Savannah Pines Retirement Community in Lincoln to be closer to family. Frances enjoyed the Savannah Pines community, and she tried to meet as many neighbors as she could, went to every event offered, and went on bus trips. She fit all of these activities in between her chemo treatments, infusions, and doctor’s appointments. A few things Frances loved in no particular order would include her family, her friends, a cold beer, shopping, clothes, traveling, flowers, rodeos, Alan Jackson, a full refrigerator, casino trips, polka music and just embracing life in general. Frances took an interest in everyone around her, she was kind, and she led a great life.

Frances was preceded in death by her husband Ernie; parents Frank & Helen; and her sister Helen Kubicek.

To send flowers or a memorial gift to the family of Frances M. Becwar please visit our Sympathy Store. 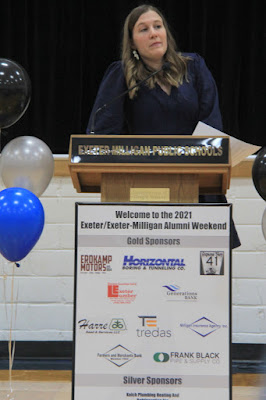 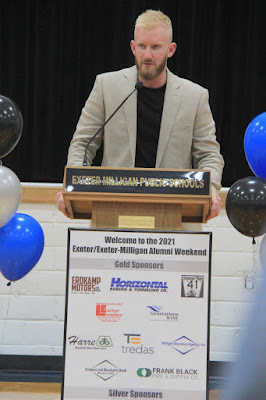 Landon Rhodes was the keynote speaker at the Exeter/Exeter-Milligan Alumni banquet.

The Exeter-Exeter-Milligan Alumni celebrated together in Exeter on Saturday, May 29th.

The banquet, themed “Reunited,” was opened by 2011 class president Kelsey Moore Rezny.  The business portion of the evening was conducted by Jameson Trauger, also a member of the 2011 class.

Becky Erdkamp, a member of the class of 1986 gave a brief update on the Exeter-Milligan School Foundation who recently awarded the class of 2021 with $19,100 in scholarship funds, $9,000 of which were from the school foundation.

Rezny introduced the key speaker, Landon Rhodes, a member of the class of 2011, who owns Grindstone Media, a digital marketing and video production agency in Lincoln.

He went on to speak about gratitude and resourcefulness. He was “grateful for the education I received here.”

He explained that the business owners that he respects the most and connects with are those who are “more proud of starting companies from nothing than having 100’s of employees.”

He connected the community that was built by Exeter and Milligan to a strong sense of resourcefulness and closed with the statement, “They say it takes a village to raise a child and I’m glad my village was Exeter-Milligan.”

After a blessing by Jameson Trauger and class photos the 60 attendees enjoyed a catered meal before class introductions and a closing.

The Exeter Alumni Association hosted their Annual Alumni Banquet Saturday with over ten classes represented.  The class of 2001 planned and hosted the event and were seated at the head table.

Each class was recognized during the evening event, sharing stories and introducing class members.  After a welcome from 2001 class member Allison (Michl) Bitz and a blessing by Jena (Tauriella) Johnson, Seth Jensen, a member of the class of 1991, took on his duties as emcee. He recognized Kendall Gloystein who had driven the furthest, from San Antonio, TX.

Allee Kuska and Jenna Rhodes, Nebraska Wesleyan University students were selected for “Who’s Who Among Students in American Universities and Colleges.” Selection is based upon students’ scholarship, participation and leadership in academic and extracurricular activities, citizenship and service to the university.

Jenna Rhodes was also inducted into Phi Alpha Theta, a history honorary. Selection is based on students who complete 12 credit hours of history, maintain a minimum grade point average of 3.40 in history courses, and an overall grade point average minimum of 3.20. 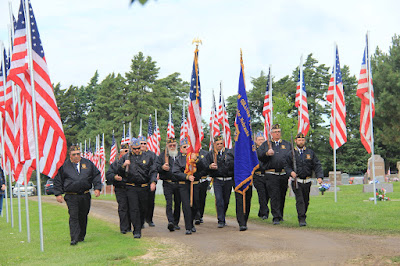 Below- John Tauriella prepares to post the colors at the Memorial Day program in Exeter. 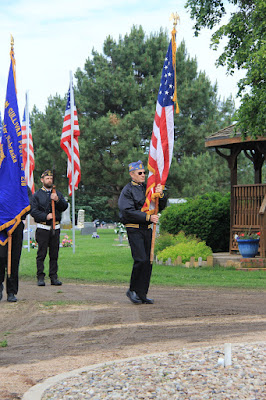 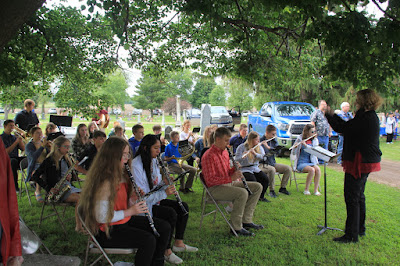 Above – The Exeter-Milligan band performed three patriotic numbers at the Memorial Day program.

Below – Tim Wilbeck gave the address at the Memorial Day program in Exeter. 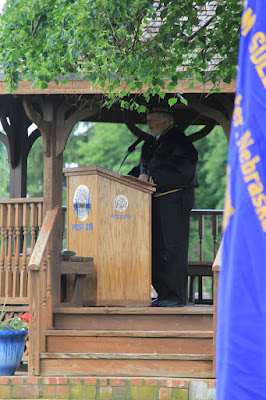 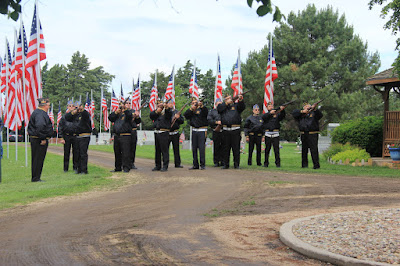 Above – The twenty-one gun salute was given by the Exeter Legion and Sons of the Legion members. 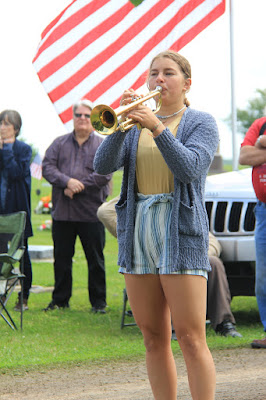 The American Legion Post 218 once again honored the fallen heroes with a program at the Exeter Cemetery on Memorial Day.

The program opened with the honor guard entering with the colors and presentation of the colors.

The Exeter-Milligan band, under the direction of Mrs. Angie Murphy, played, “The Star Spangled Banner.”

The pledge of allegiance was repeated by the audience before the master of ceremonies Butch Jansen welcomed the crowd.  Jansen also took the opportunity to read the names of all those service members from the Exeter area who were killed while in uniform.

Jansen introduced speaker Tim Wilbeck who has given a moving and meaningful speech at the service for many years.  This year, Wilbeck, felt it was different as he was speaking for his father, a World War II veteran who died in January.

He reminded the audience of the many sacrifices the patriots of our country made and how “they represent the best America has to offer.”

Wilbeck spoke of the war in Iraq and Afghanistan and the twenty years our 2.7 million troops have served there.

He shared the story of Army Sargent First Class Alwyn Cashe, the first African American soldier to receive the medal of honor during the Iraq war.  After his vehicle was hit by an IED and rolled over, he was drenched with fuel and realized his vehicle had caught on fire.  He pulled six fellow soldiers and an interpreter out of the vehicle and was burned on 72% of his body during the rescue.  He died three weeks after the incident from his injuries.

“In combat there might be a moment when you have to make a decision to act, a decision to live or die. . .that’s love,” Wilbeck recognized, “The harsh reality of war is that not everyone will make it home.  Let us honor their sacrifice.”

Wilbeck thanked those attending in the hopes that “our gathering is one spark in the flame to honor those who made the sacrifice.”