FCDC Reminds that Funds are Available for Fillmore County Homebuyers

Funds were received from the Nebraska Affordable Housing Program to provide down payment subsidies to Homebuyers for the purchase of existing homes in Fillmore County. Currently five families have used the program to become homeowners in the county.  The program runs through September 22 of this year and there is still over $100,000 dollars available for down payment assistance.  The assistance comes in the form of a no interest loan that is paid back when the home is sold.
​
Participants must occupy the property as a principal residence and be income eligible. The purchase must be of an existing home and the cost may not exceed $135,000. The maximum subsidy cannot exceed 20% of the purchase price and has a maximum of $17,000.
​
FCDC may also provide funds to complete minor repair and/or rehabilitation work in the form of a conditional grant.  The maximum amount of these grants will be $7,500 per home.  Additional rehabilitation funds may also be secured through the USDA Rural Development programs.  Rehabilitation work will be completed after the purchase of the property and must be completed within 6-months of the purchase closing date.

The program is funded by HOME Investment Partnership funds awarded to Fillmore County with the Sub recipient being FCDC.  The Fillmore County Development Corporation implements the program.

For information or to request a program brochure and application, contact Patt Lentfer, Executive Director of FCDC at 402-759-4910, email: lentfer.fcdc@genevamail.com or by mail at:  1032 G Street, Geneva, NE  68361.  The application and complete guidelines may also be found on the web at http://www.fillmorecountydevelopment.org/Living---Working.html
Posted by Leesa Bartu at 8:32 AM No comments: 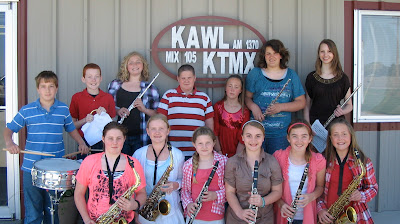 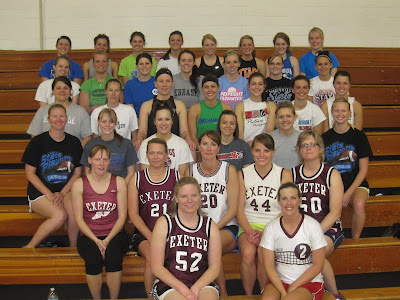 Front Row: Mary Ekeler & Amanda (Parker) Johnson
2nd Row: Cathy Ekeler, Shellie (Neemann) Olson, Stacey (Cudaback) Hall, Monika Ekeler, Estelle (Ekeler) DeJonge
3rd Row: Shelli (Mark) Mueller, Stephanie Briske, Justina Kassik, Ashley (Sluka) Warren, Kim Sladek, Kayti Mark
4th Row: Morgan Brandt, Cantrell (Stokebrand) Harrison, Ashley Kassik, TaLisa Krejci, Rachel (Rischling) Johnson, Jen Horne, Sharlene (Kottas) Harre
5th Row: Whitney (Gloystein) Papke, Tara (Hoffschneider) Krupicka, Allison (Michl) Bitz, Kendall Gloystein, Dana (Miller) Myers, Katie Briske, Taylor Slezak
6th Row: Kelsey Moore, Lindsay Filipi, Megan Kuska, Allee Kuska, Lindsey (Moore) DeBoer, Danni Erdkamp, Rachel Manning, Jenna Rhoades
Not pictured Carly Stokebrand
Memories were fondly laughed over, a few extra aches and pains were discovered but everyone had a great time at the Exeter and Exeter-Milligan Alumni Volleyball Tournament.
The tournament hosted over 40 women who spent Saturday, March 31st enjoying some exercise and competition in order to raise some funds for their alma mater.
The tournament raise a little over $400 for the school which will be used toward a new trophy case.
Organizers were Tara (Krupicka) Hoffschneider, Monika Ekeler and Dana (Miller) Myers.  “We really had a great time and at the same time we were able to support our alma mater.  A lot of our towns around us have a similar alumni tournament and we had a lot of interest doing one here,” said Myers.
Hoffschneider added, “The tournament was a great way to show our continuing support for the school while providing a day of fun and memories for the girls who played.”
The group hopes to make this an annual event to keep the memories and the fun going while giving back to the district.
Posted by Leesa Bartu at 8:32 AM No comments:

The annual GFWC Exeter Woman's Club Arbor Day "A Tree for each New Baby" event will be held Friday, April 27th.
Invitations are being sent to new mothers and their babies in the community to attend.  A program will be
presented at 10:00 AM at the United Church of Christ fellowship hall welcoming those present and a tree planting will
follow.  A small tree will also be given to each child to be taken home and planted in their yard.
New parents who do not receive an invitation should contact 266-4331 or  576-3444 as soon as posible.
We want to be sure that every baby born since last April's Arbor Day will be included in our celebration.  Families
must reside in the original Exeter school district to participate.  We also welcome fathers, brothers, sisters, and
grandparents along with others in our community.  Bring along your cameras.
Posted by Leesa Bartu at 8:35 AM No comments: 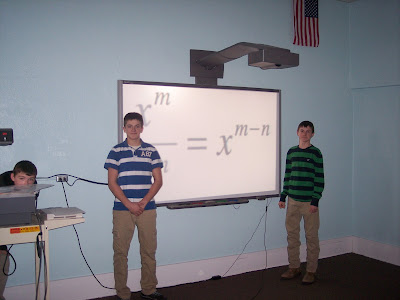 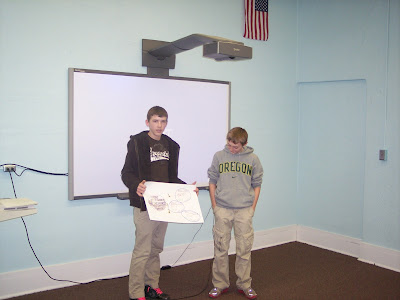 Math Musings by Mary Kay Pribyl, Exeter-Milligan Math Instructor
The Algebra I classes have been studying the rules for exponents and applying these rules when adding, subtracting, multiplying, and dividing polynomials.  The students illustrated the rules and gave presentations to the class.  We had a variety of good presentations including posters, keynote presentations, and i-movies.  Pictured is Jarett Maxson and Dalton Zelenka presenting their poster.  Also pictured is Robert Harre and Dusty Axline with their i-movie.
Posted by Leesa Bartu at 8:30 AM No comments: 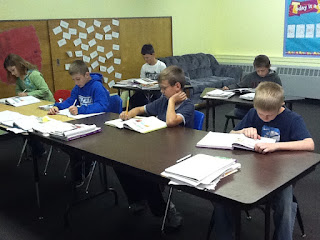 Audrey Betka-Mager's Reading Mastery group at Exeter-Milligan has completed one book and is excited to be starting a new book!  They are currently reading the story of "The Wizard of Oz" which has several chapters.  Each lesson starts by learning new vocabulary words and meanings, followed by reading a story.  Independent work is done to check reading comprehension.  A paragraph is also written to reinforce writing skills.  Fluency checkouts and a mastery test are conducted every 10 lessons.  Members of the class are L. to R. Front Row:  Olivia Murphy, Ty Underwood, Clint Oldehoeft, Brock Steuben and L. to R. Back Row:  Jackson Beethe and Casey Jindra.  Not Pictured:  Cayden Hartmann.
Posted by Leesa Bartu at 10:30 AM No comments: