These awards were given at the Exeter-Milligan Honors Night:
JUNIOR HIGH BAND

The junior high band kept busy this year, performing at nearly 20 pep band events, the Christmas and Spring concerts, and competing at the Bruning-Davenport band contest.  A highlight for the students was receiving the first superior rating at the contest in the band division since the two schools consolidated.  Six students were selected to the Meridian JH Honor Band.  Students had the opportunity to “pin” this year by earning 75 or more letter points based on their participation in events.

The Director’s Award for Band traditionally goes to the 8th grader who has earned the most letter points during the 8th grade year. This year’s winner is Trystan Brandt.

These honors were recognized at the Exeter-Milligan Honors Night:

We had a successful year as a group with 6 students selected to the Doane Festival of Winds, 10 Students to Class D All-State, & 9 Students to the CRC Honor Band.  We also had 11 instrumental & 2 piano entries at District Music Contest.  I was very excited about the students willingness to be involved and try something new.  Thanks to the parents for encouraging their students to participate.  The students worked very hard and I’m very proud of them.  Students with more than 100 letter points lettered.  Points were earned based on the events students participated in.

Thank you to the Boosters for their support of all of the music students this year.

The John Phillip Sousa Award for band traditionally goes to the senior who earned the most letter points during the senior year. The certificate reads:  “In recognition of outstanding achievement and interest in instrumental music, for singular merit in loyalty and cooperation, and for displaying those high qualities of conduct that school instrumental music requires.”
This year’s recipient is Taylor Erdkamp.  Taylor’s name will be added to the plaque in the room.

The Semper Fidelis Award for Musical Excellence goes to the senior with the second most letter points.  The qualifications of this award are 1 - be a high school senior, 2 - hold a first chair position in the band, 3 - be capable of performing as a soloist with the high school band, 4 - be recognizsed as both an outstanding performer & as a truly outstanding young citizen.
This year’s recipient is Jennifer Pribyl. Her name will be placed on the plaque in the classroom. 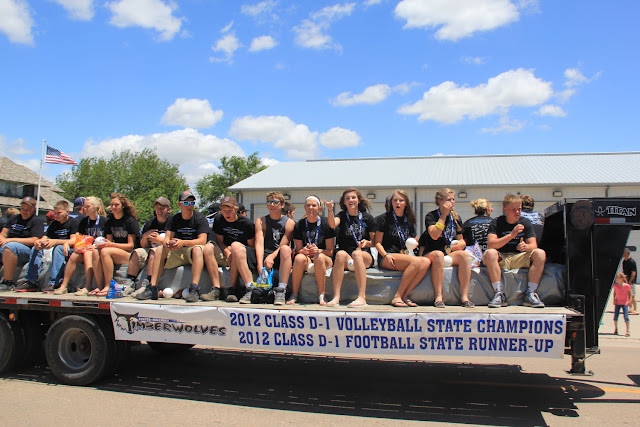 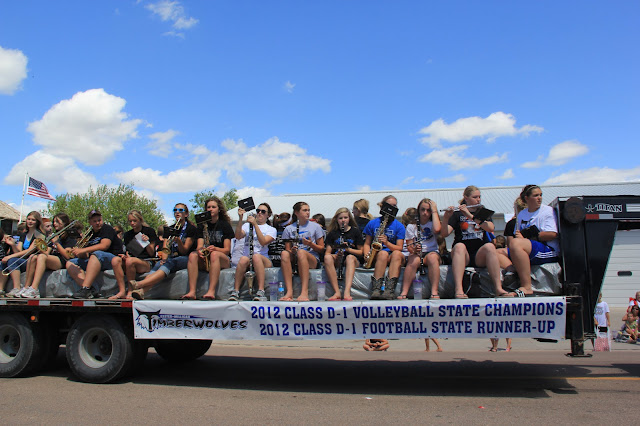 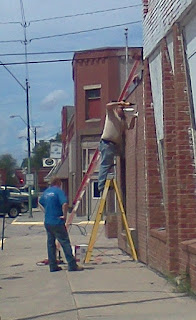 Glenwood Communications installed video surveillance cameras on the Exeter village building Thursday, May 30th and at several other locations around town.  These cameras were stolen sometime between Sunday June 2nd and Monday June 3rd.  A reward will be offered for any information leading to the arrest and conviction of perpetrators.  Contact the Exeter or Friend Police Department at 402-266-5331 or 402-947-5531.

Midnight Swims are held every Wednesday (weather permitting) at the Exeter Aquatic Center.
Here are the ages/hours:
Under 13 until 10:00 p.m.
13 & over until midnight
Posted by Leesa Bartu at 11:52 AM No comments: 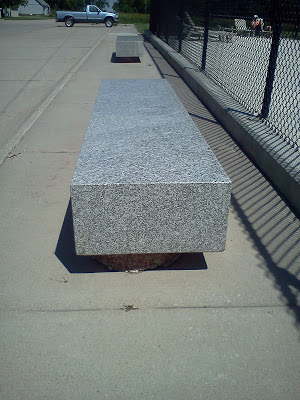 Paul and Nancy Jensen recently donated these two large granite benches to the Exeter Aquatic Center.  The benches were placed outside the pool area so parents and family members could watch their kids from the outside.
Posted by Leesa Bartu at 7:30 AM No comments:

The Exeter-Milligan Band will be performing in the Milligan Q125 Parade today at 1:30 in Milligan.  Also featured in the parade will be the State Champion Exeter-Milligan Volleyball Team and the State Runner-up Football team.
Posted by Leesa Bartu at 7:30 AM No comments: