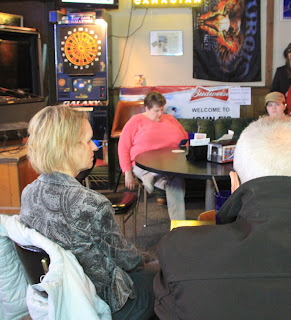 State Senator Laura Ebke spent an hour Tuesday (April 17th) afternoon with constituents in Exeter.
Ebke plans to visit with every community in her district in the next few weeks.

Her stop in Exeter was the day before the final day of the legislative session and she spent a few minutes detailing the schedule for the final day.

The afternoon session was open for any constituents to ask Ebke questions about issues that were important to them.

One matter of upmost importance to the taxpayers gathered was the issue of property tax and what can change with that.  Ebke was asked if the legislature will go into a special session to deal with the issue.

“I don’t object or oppose a special session but just not right now. . . it’s too early to start discussing anything.  The estimate for a special session is $12,000 a day and we just don’t have enough ready to justify having the special session. A special session is limited in scope and takes a lot of preparation.”
Ebke was asked which tax bill was her favorite.  Her response, “We have to be realistic about taxes.  Senator Friesen had a good bill.  We have to fix property tax and fix school funding together.”

Ebke lamented the struggle the legislature has with finding the funding for everything while still cutting taxes.

An additional tax on services was brought up by constituent Alan Emshoff.  “I think sales tax exemptions should be looked at first.  There are 120 of them.”

Ebke responded, “I think we need to look at the current exemptions before we expand the tax base.  There’s nothing to cut that somebody doesn’t love.  You have to decide what you want to go to war over.”

After discussing some of the exemptions the topic changed to term limits.  Ebke noted, “It’s better for the legislature and the state, for senators to serve longer.  We are losing institutional knowledge.  This (her fourth year) has been my best year, I have able to strategize and work with people to get things done.”

One constituent noted that Ebke is running against two others on the non-partisan ballot.  She spoke of her opponents in a positive light and explained that there will be three listed on the primary ballot and the top two will move on to the regular election in November.

Two other topics were briefly discussed including a bill on NPPD transparency which required NPPD to make their contracts available for the public to view. Senator Ebke voted for the bill but explained that it didn’t pass.

The final topic was the issue of occupational licensing.  During the legislative session just completed horse massage licensing was passed and Ebke talked about the different reasoning behind requiring licensing. 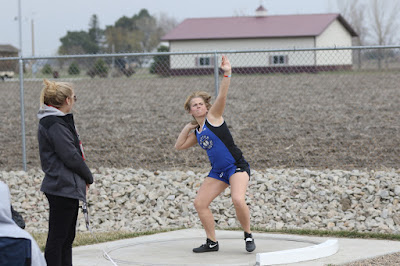 The Exeter-Milligan girls team dominated at the Shelby Rising City Invite on Tuesday.  The girls scored 110 points with the runner-up team Shelby-Rising City at 85 points.
Packing on the points for the girls was Katherine White with second place in the 100, and first in the 100 and 300 hurdles along with Jaiden Papik who took third in the 400, and first in the 800. Kate Jansky took third in the 800M and the 1600M and Cammie Harrison took second in the 3200M and fourth in the 1600MThe 4 x 100 relay team of Hannah Horne, Josie Kresak, Anna Sluka and Kayla Geiger placed second,and the 4 x 400 team of Jaiden Papik, Hannah Beethe, Kate Jansky and Katherine White placed second. The 4 x 800 team of Kate Jansky, Kayla Geiger, Cammie Harrison and Jaiden Papik took second as well.  Hannah Beethe placed fourth in the high jump and Tara Mueller was third in shotput. 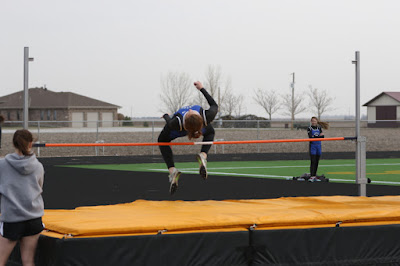 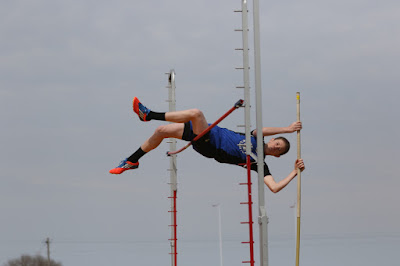 The boys finished in sixth place.  Eric Olsen placed third in the 100M and first in high jump, Brock Steuben brought home a third in the 3200M, Max Zeleny placed fourth in shotput. 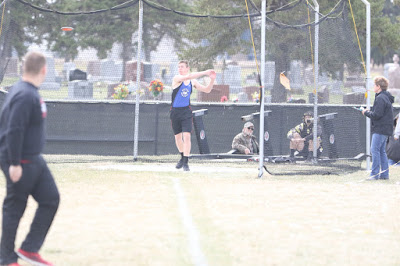 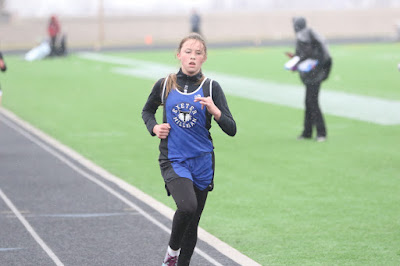 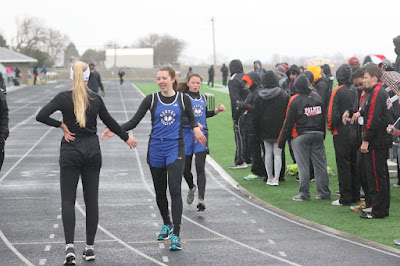 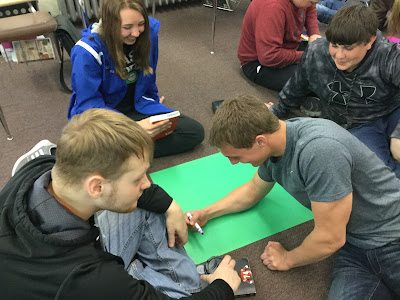 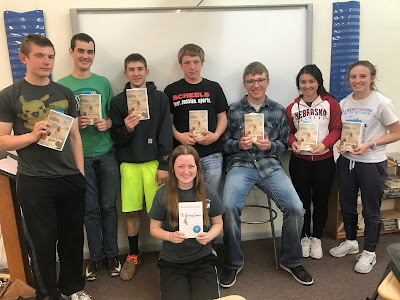 For their literature circles, sophomores had a choice to read either Life of Pi or The Running Dream.  Pictured are: front - Caitlin Murphy
Back: Nick Hayek, Eli Johnson, Ty Underwood, Max Zeleny, Ryan Sharp, Anna Sluka, and Kayla Geiger

Greetings from the Exeter-Milligan 10-12 English and Journalism classroom!

As the second semester begins to wind down, we are staying busy in our English and Journalism classes. In English, all classes are participating in literature circles. The students in each class had a choice between two novels, and students were split into groups depending on the novel they chose. Students are completing a number of group activities as they complete their reading assignments, including lots of interesting discussion about the book content. Students will also be completing a book project on a book of their choice at the end of the semester. I can’t wait to see how those turn out as the students have been working hard to complete their books throughout the semester!

Journalism students are continuing their work writing articles for the weekly school newsletter, blogs on their web pages, and posts on the school’s social media pages. New digital media ideas are in the works for next year, and it will be exciting to see these ideas come to life on our school social media pages and other media outlets!

Thank you for taking the time to read about our classroom, and enjoy the rest of the semester! 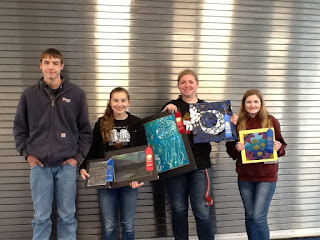 The GFWC/NFWC State Art Contest results are in and E-M student competed well! Every work of art came home a winner! Congratulations to the following for winning 1st place at State competition: Third grade- Sydney Engert, fifth Grade- Liberty Johnson, sixth grade- Malorie Staskal. Malorie also received Elementary Best of Show! Her artwork is a contour line drawing of her clarinet with water color collage of music notes in the background. High School First place winners include Jaiden Papik with her scenic photography as well as her foil and ink artwork. Peytan Brandt with his metal sculpture, Alexis Uldrich received a first with her mosaic of a glass moon, Janey Erdkamp with her oil pastel and glue design. Jaiden and Alexis also received a second place with a chalk landscape and jellyfish batik.

As the year winds down and we start sorting artwork to send home with the kids we try to put as many of them on artsonia as possible. Please check us out at https://www.artsonia.com/schools/school.asp?id=36412. I try to convince the kids to take their portfolios home and set up an art gallery in the living room and share their favorite works with parents, grandparents and friends. Honor’s Night is coming up and I will be recognizing my 7-12th grade art students and their accomplishments this year. This year I have added an artist of the month recognition to continue to encourage creativity, effort and confidence in their abilities. March Artist of the month is Daisy Kanode and April Artist of the month goes to Dylan Bonds. Besides being extremely big help at family art night, Daisy’s artist reproduction and keynote presentation were top notch. Dylan is often using his work time efficiently and creating original ideas for his work. This year as an Art I student he has challenged himself with a very detailed batik, he is also creating a plaster relief that is unique. 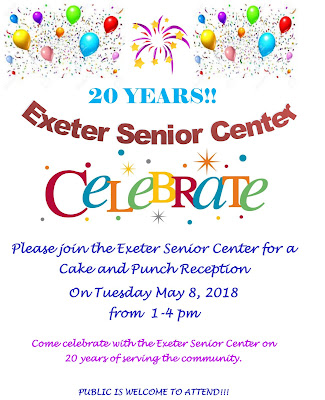