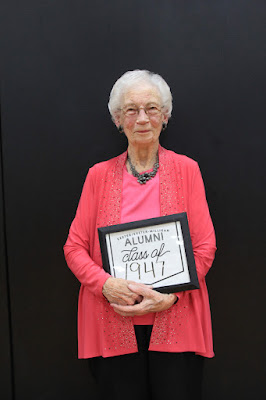 A Funeral Service for Alan will be held on Thursday, June 16, 2022 at 10:30 a.m. at Farmer Funeral Home in Exeter, Nebraska. Pastor Murry Johnston will preside over the Funeral Service.A Graveside Service will be held in the Exeter Cemetery following the Funeral Service.Public visitation will be held on Wednesday, June 15, 2022 from 1:00 p.m. to 8:00 p.m. with family present from 5:00 p.m. to 7:00 p.m. at Farmer Funeral Home in Exeter, Nebraska.Memorials are suggested to:Pancreatic Cancer Action Network®1500 Rosecrans Avenue, Suite 200Manhattan Beach, CA 90266Alan had a deep love for the Cornhuskers and Alan's family encourages attendees to wear their favorite husker attire to the funeral.Alan's Funeral Service will be live-streamed to Farmer & Son Funeral Home's Facebook page. You do not need a Facebook account to view the live-stream, and you can find our page by searching on 'Farmer & Son Facebook' or searching '@friendlyfuneraldirectors'
Posted by Leesa Bartu at 3:40 PM No comments:

The Exeter G.F.W.C. Woman’s club members gathered to plant the flower boxes on main street in Exeter as they do each year.  The planting and watering were Elaine Oldehoeft, Karen Chapman, Judy Dinneen and Agnes Loukota.  The club members will water the flowers and help keep Exeter beautiful all summer long.

Milo was a savvy businessman and owned several companies during his life including trucking businesses and a motel. Milo & Sylvia lived in Exeter, Grand Island, and McCook, Nebraska, Palm Desert and Niland, CA Tucson, Wickenburg, and Peoria, AZ. 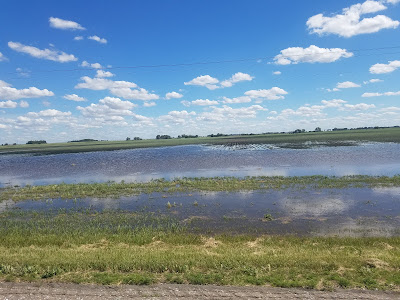 Exeter was under a sever thunderstorm watch on Tuesday, June 7th.  Around 8:45 the siren sounded and residents were to head to shelter.  The sirens sounded for about 20 minutes with no tornadoes visible in town.  Funnel clouds/rotation were reported to be seen between Exeter and Cordova.  Northeast of Exeter there was lots of hail on the ground along with damage to crops and structures.  Rain that hit the gauge was about 2 inches to add to the inch we got on Sunday 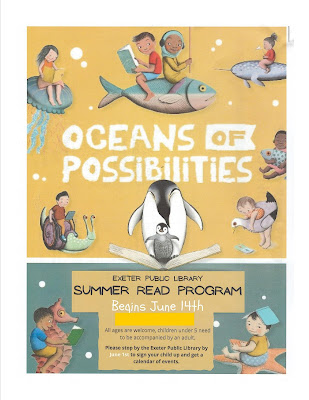 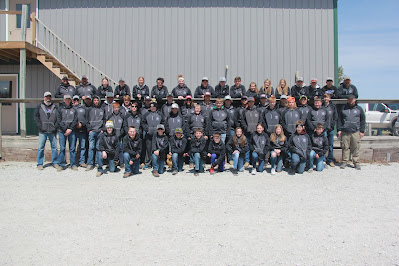 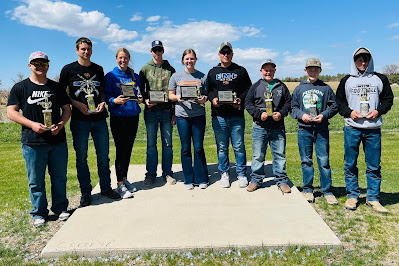 The Exeter-Milligan-Friend Trap team had another successful year as a part of the Central Nebraska Trapshooting Conference.

The team had 51 students participating this year. The team is divided into Juniors (age 12 through 8th grade) and Seniors (9 – 12th grade).  They competed with around 160 other shooters every Saturday morning at Crooked Creek club near Aurora.

This year the team included 26? juniors and 25? seniors.  Each Saturday the seniors would shoot 50 clays to start the day at the 16 yard line followed by the juniors who shot 50.

Harre, along with additional coaches Travis Combs, Shane Bristol, Corey Engert, Doug Motis and Jeff Combs keep busy observing the team and monitoring their shooting during practices and at the meets.  They spend the entire day outside no matter what the weather and this year there were gale force winds on many of those Saturday mornings.

Receiving Junior team honors were first male team members Kain Combs, and Cohen Harre. Jaxson Brandt was on the second team and Carver Kanode and Rylan Bartles were on the third junior team.

The conference also sells raffle tickets for a gun and part of that fundraiser goes to fund scholarships. This year EMF team member Cori Combs received a $500 scholarship from the Central Nebraska Trapshooting Conference.  The Rainwater Basin Pheasants Forever Chapter made a generous $1500 contribution towards scholarships for this years seniors competing in the Central Nebraska Trapshooting Conference.

The EMF team members pay no registration fees because each team member raised funds selling raffle tickets for a gun. Harre was encouraged to see more team members this year. The team has students from seven area schools this year.

This makes the Cornhusker State Trap competition more challenging for the coaches as the team members at the state shoot must all be from the same school.  This was the 52nd year for the event sponsored by the Nebraska Game and Parks.

The lone EMF Trap member to bring home hardware from the Cornhusker national shoot was Cori Combs who finished out her final year in fourth place in the ladies division breaking 72 out of 75 rocks.

Combs and Ben Bartu are the only two seniors that will leave the team as they graduated this year.  Harre is encouraging his team members to participate in shooting sports all year long to make next year’s team even better.

We owe a big thank you to all of the surrounding communities that helped the kids raise money for their entry fees and practices,” said Harre, “We had another fun year with a great group of kids and parents. We had so many great coaches and parents that it really showed with the kids and how much they improved throughout the year. Trap shooting is an individual sport as well as a team sport so the participants learn that their team is dependent on them to be there.” 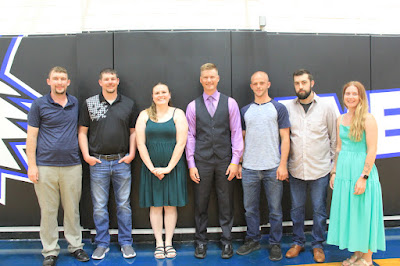 The Exeter-Milligan Class of 2012 hosted the Exeter/Exeter-Milligan Alumni Banquet.  Pictured from the left are Jalen Maxson, Brady Bristol, Rebecca Vossler Pair, Blake Mark, Nate Bigelow, Michael Schoop and Shauna Meyer (Meyer did not graduate with the class but attended Exeter-Miligan with the class until 10th grade).
Posted by Leesa Bartu at 3:23 PM No comments: