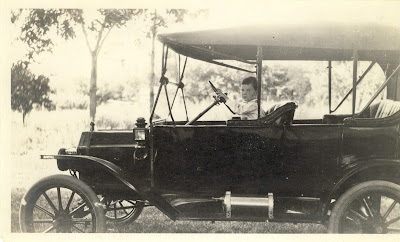 The back of this picture reads, "Uncle George's First Car"
Also written is Lloyd McGlie in car
Posted by Leesa Bartu at 7:30 AM No comments: 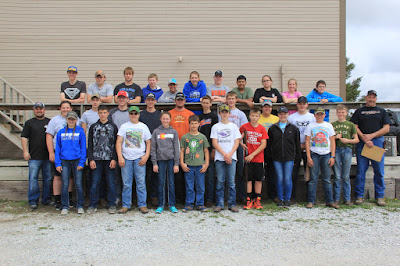 The team which is divided into Juniors (age 12 through 8th grade) and Seniors (9 – 12th grade).  They competed with around 200 other shooters every Saturday morning at Crooked Creek club near Aurora.

This year the team had a total of 33 shooters including 14 juniors and 19 seniors.  Each Saturday the seniors would shoot 50 clays to start the day at the 16 yard line followed by the juniors who shot 50.

There are no registration fees because each team member helps contribute to a soup and sandwich lunch in Exeter along with a labor auction.  The juniors and seniors that are seventh grade and up are on the auction block for eight hours of labor.

Each year Coach Justin Harre is pleasantly surprised at how the event goes, “The community support we receive at the fundraiser soup luncheon and auction is very much appreciated.  We are able to use the funds raised to pay for all of the teams’ entry fees at conference and at the state shoot, along with all of their practice clays.  The majority of the cost of their team coats is paid for also.”

The team also participates in a statewide gun raffle.  Since the gun raffle has gone so well they were able to lower the entry fees for the conference.  Most of the raffle proceeds go toward scholarships for the club members.

The season culminated with the team participating in the 48th Annual Cornhusker National Jr/Sr High School Shoot sponsored by the Nebraska Game and Parks and held in Doniphan each year in May.  Over 2500 students participated this year.

Trever Zelenka and Blaze Miller both received hardware from the State Tournament this year.  Zelenka placed eighth at the 20-21 handicap yard line and Miller placed tenth.

Harre added,“Trap shooting is an individual sport as well as a team sport so the participants learn that their team is dependent on them to be there.” 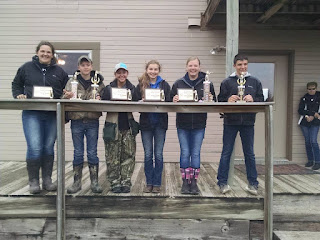 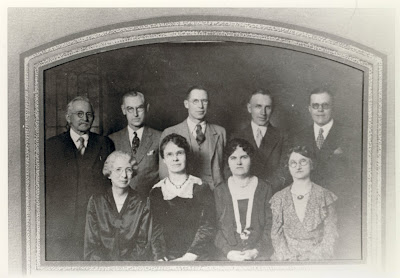