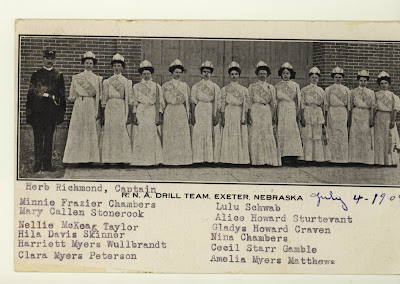 This photo was graciously provided by the Exeter Public Library.

Online research indicates that R.N.A. (Royal Neighbors Association) was formed by women in 1895 when they could not vote, own property or purchase life insurance.  They often supported the suffragette movement and the group was initially started by wives of members of the fraternal order Modern Woodmen of America.  According to "This is Exeter," the Exeter chapter of the Royal Neights of America was organized in 1897 was a charter membership of 22.  "At one time the R.N.A. in Exeter had a precision drill team which perfomed at many celebrations locally and in other towns.  The Milligan and Cordova lodges transferred to Exeter Camp 504." 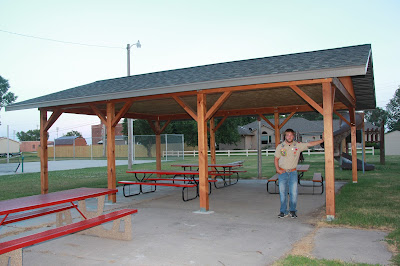 When Joey Bartu began thinking about finding an Eagle Scout project a few years he hoped it would involve building something in Exeter.

Joey began his scouting career in Exeter in Pack 218 and after receiving the highest award in Cub Scouts, the Arrow of Light, he joined Troop 270 in Friend.

In 2015 Troop 218 was formed in Exeter and Bartu moved his membership to become a founding member of 218.

Once he found a project that interested him, he met with the church board along with the park board to see if they were interested in having a shelter. Since Edgar Rec Center is owned by the Exeter United Methodist Church, Bartu had to get permission from both the church and the Exeter Park Board which maintains both of the parks in Exeter. The boards were very enthusiastic in support of the project and offered to help in whatever capacity they could.

Bartu then had to meet with the Cornhusker Council Prairie Winds District Advancement Board and review the project with them.  After the project was approved Bartu began the next phase of planning and raising funds.

The shelter, which is 26 x 20, was funded by grants from the Mary Tous Foundation, the Exeter Community Foundation and the Fillmore County Foundation.

And now, with it finished Cudaback and the park board loved the result, “The shelter is so well built and very attractive.  Very, very nice!! The Edgar Rec Board is most grateful to Joey and his family for the shelter.”

There were some obstacles along the way, “There was no electricity at the park so it was challenging using power tools along with working around the weather,” explained Bartu.

Bartu especially appreciated help and advice from Dale Erdkamp at Exeter Lumber and church member and contractor Mike Anderson, “Working with Mike and Dale was great because they helped show me both the right materials to use and gave me construction advice.”

Kim Dunker, who serves as Pastor at the Exeter United Methodist Church, has planned a church service in the new shelter soon and envisions its use for many of the youth activities, “It was so awesome to watch the plan come together and dreams come true.  We are so thankful and grateful for Joey’s gift.  It will be used in a very wonderful way.  I know there are so many memories just waiting to be made there in the park.”

On March 18, Bartu directed a crew in assembling the roof structure and sheeting the roof of the shelter.  After a lunch provided by the United Methodist Church and served in their memorial room the crew finished the main part of the shelter during the day. A smaller crew roofed the structure over the next few days.

Additionally, Bartu finished the ends of the structure, added soffit and fascia and put a coat of sealer on all of the cedar boards.  A ceiling and trim were added to completely seal up the structure.  In total, Bartu and his crew spent about 325 hours building the picnic shelter.

Currently, Bartu is finishing his paperwork on the project and hopes to turn that in and schedule a board of review soon so that he can receive his Eagle rank award. 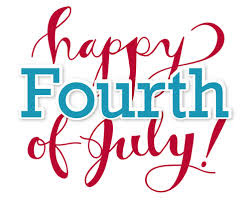 This photo was recently found at the Exeter Public Library and they graciously allowed us to scan the photo for the website.  Printing and writing on the photo indicate it was the Exeter Fourth of July Parade in 1908.

Posted by Leesa Bartu at 9:37 AM No comments: