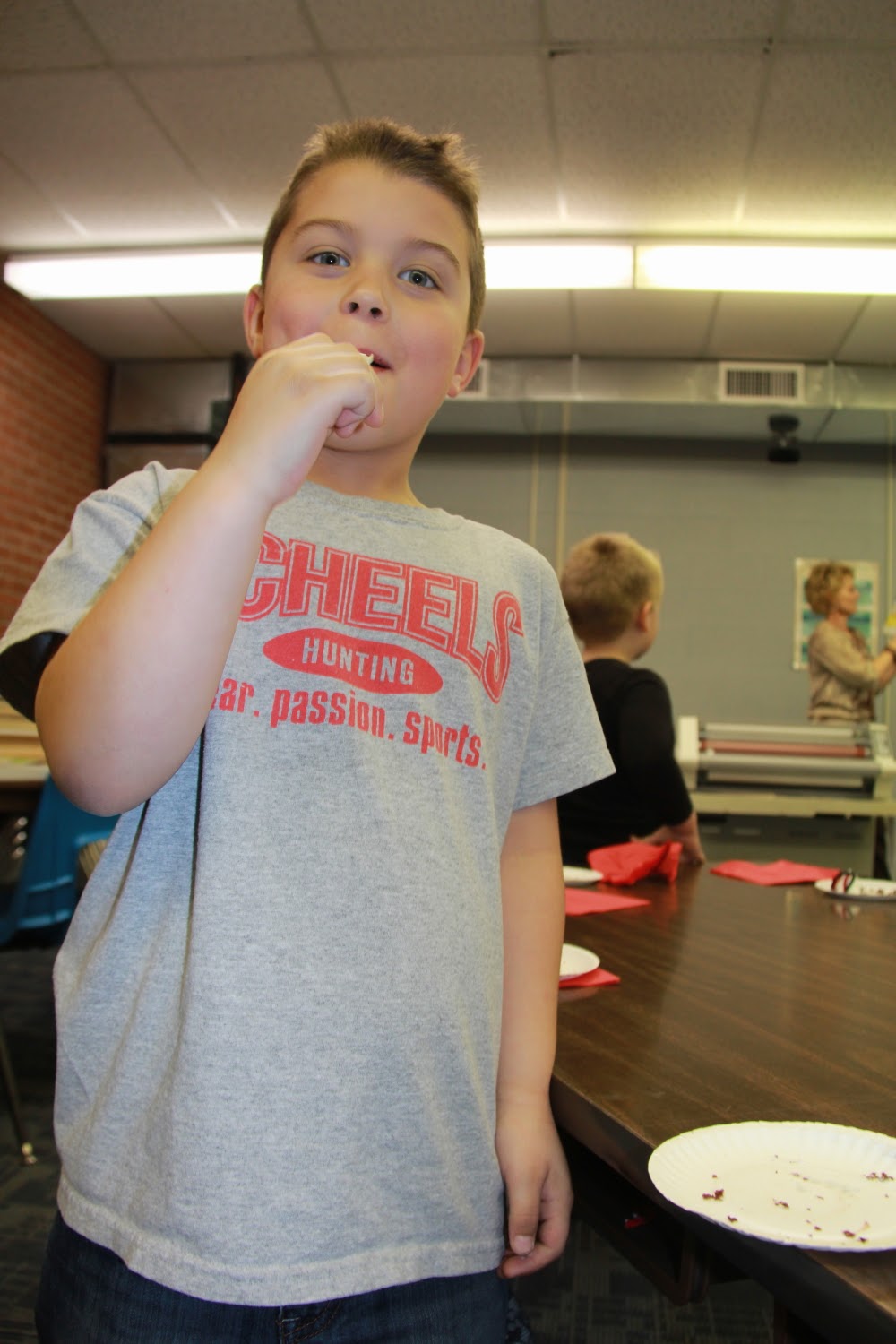 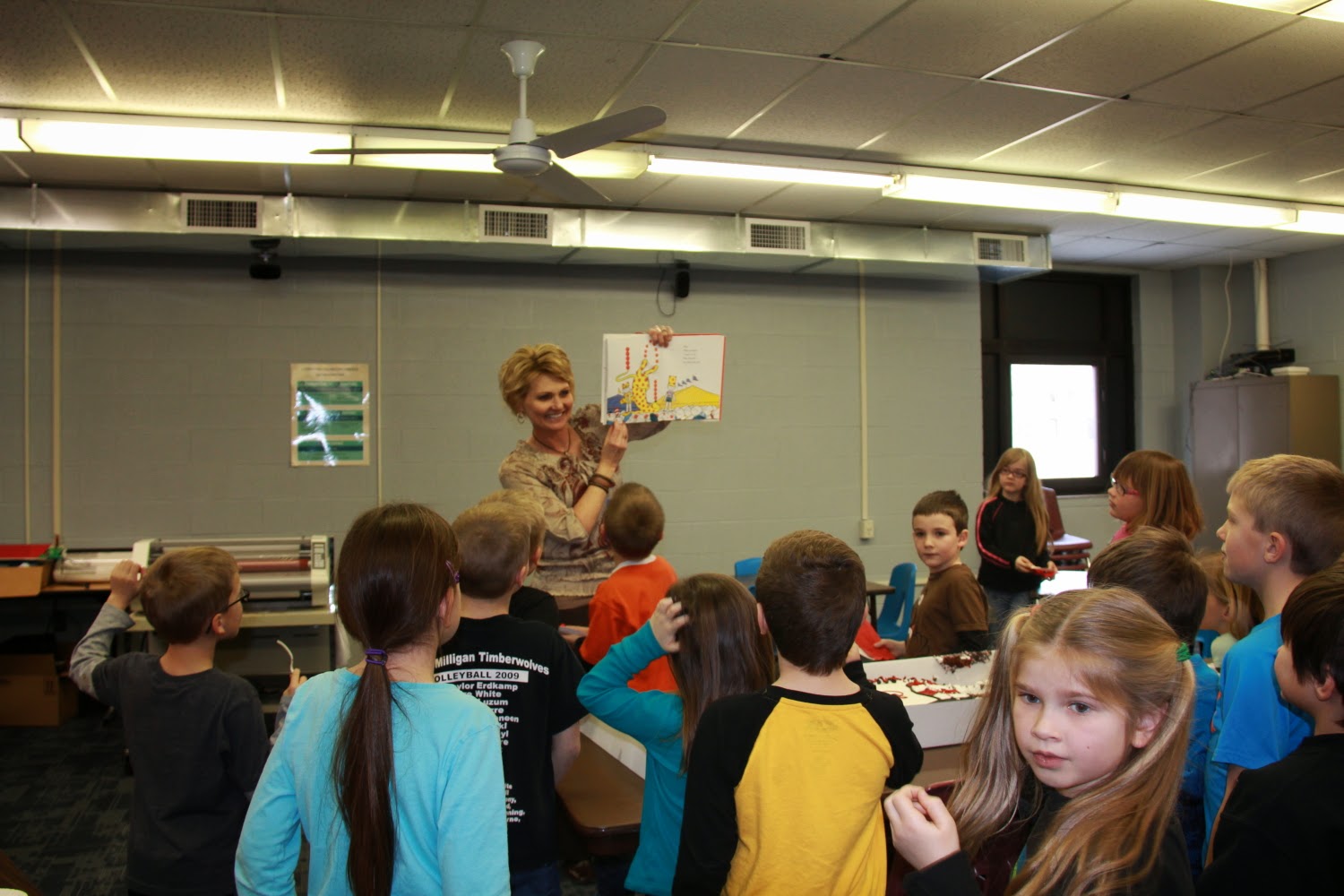 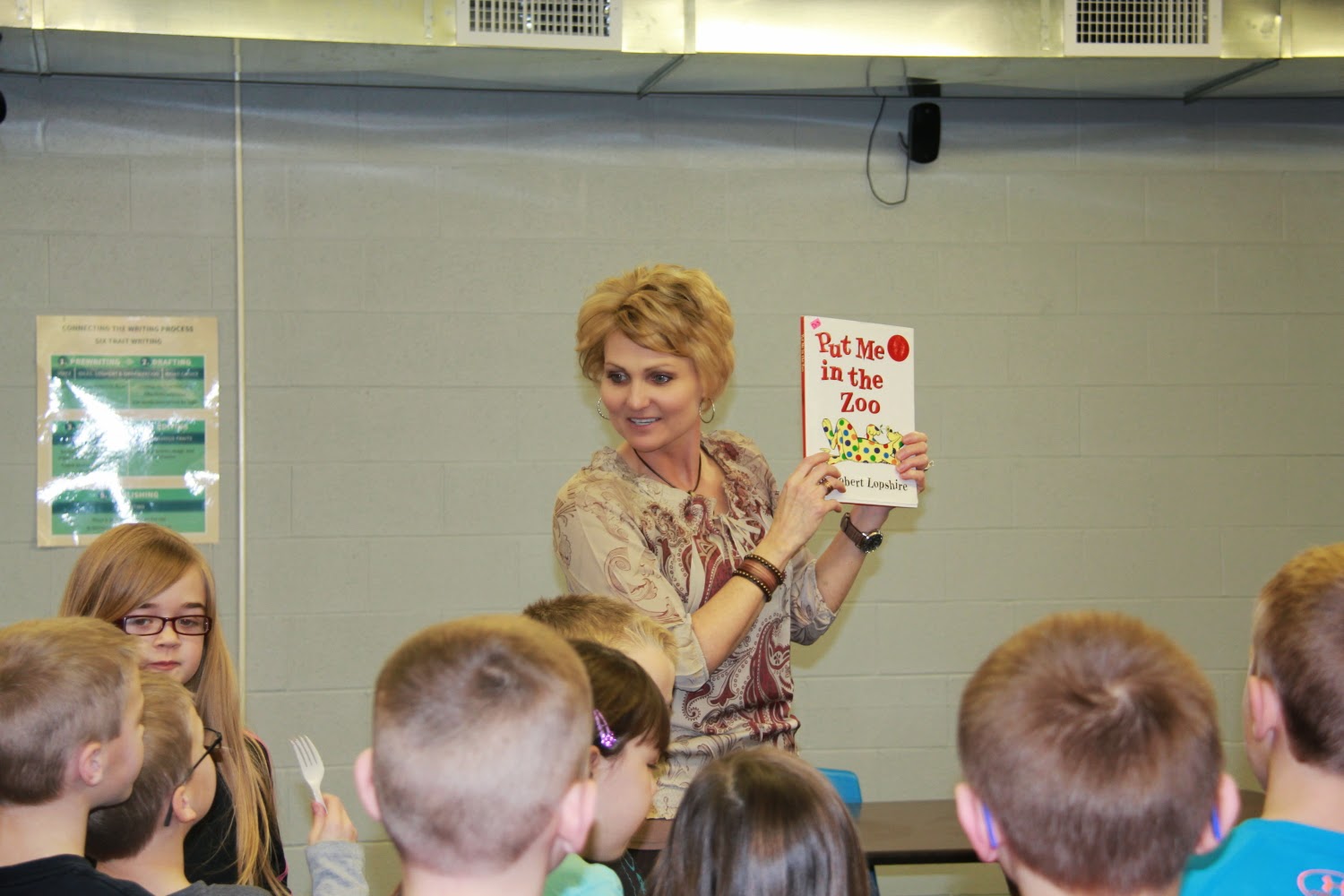 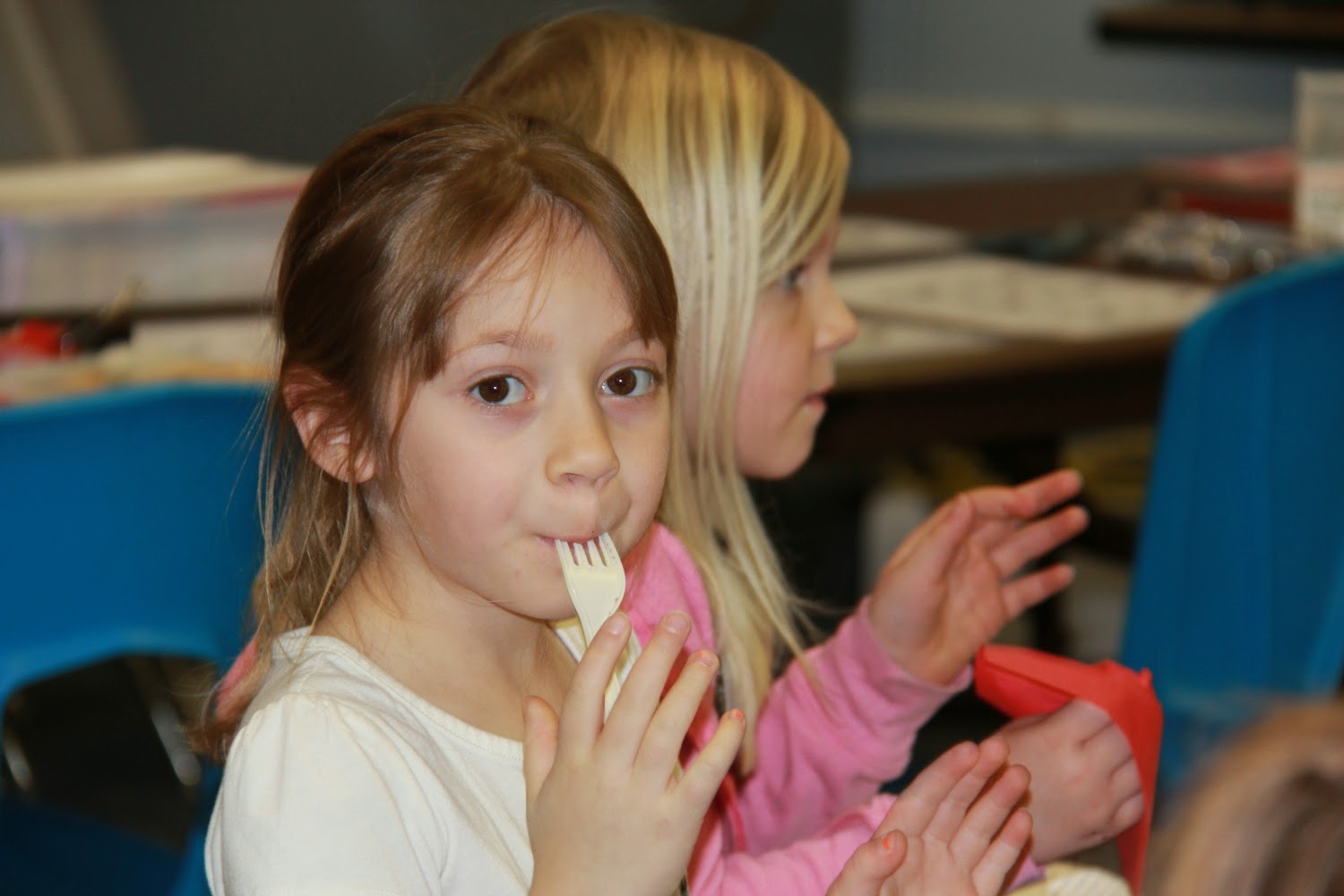 Above, Sydney Engert enjoys her cake. Below, The Exeter-Milligan kindergarten class poses with Mrs. Kroll after she reads while they eat birthday cake. 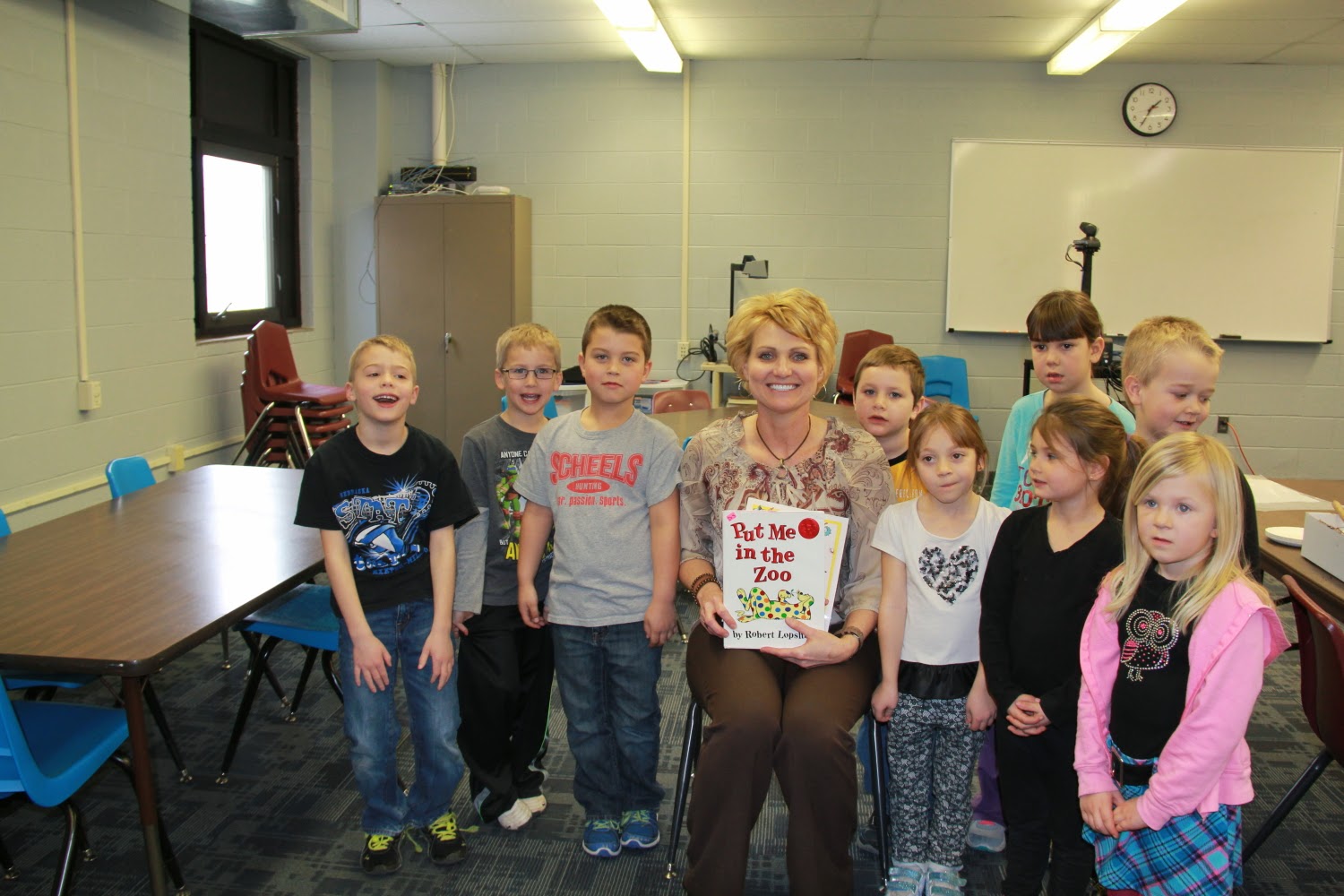 Exeter-Milligan Elementary students are celebrating Read Across America and Dr. Seuss’ birthday by doing something very simple, Reading!!
Monday the first graders enjoyed several guest readers including Mrs. Myer who read “Oh, the Places You’ll Go” in the morning.  Exeter-Milligan senior Amber Pribyl read “The Cat in the Hat” before math and Mr. Nicholas read One Foot, Two Foot during lunch.
In the afternoon the first grade heard from their teacher Mrs. Lott about the life of Dr. Seuss and they read his first book, “And To Think I Saw It On Mulberry Street.”
Later this week, the first grade class will also take the opportunity to read to the TYKE students.  Other guest readers during this special week will include foreign exchange student Sam Columbo, senior Derek Luzum and Mr. Sheffield.

In the afternoon all the classes enjoyed a special cake while listening to Principal Mrs. Kroll read. 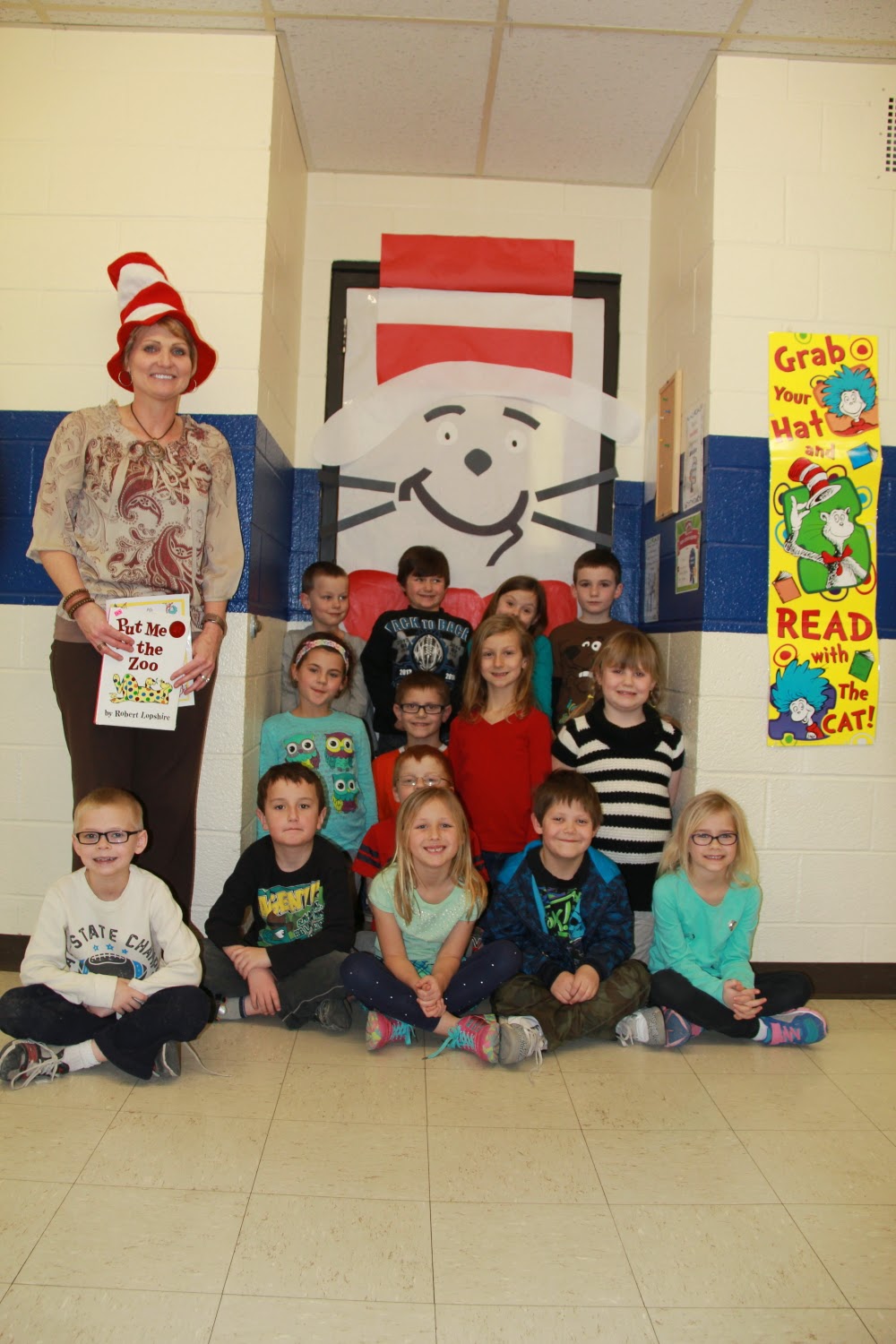 The Exeter-Milligan first grade class stands in front of their Cat in the Hat doorway with Elementary Principal Mrs. Kroll.
Posted by Leesa Bartu at 7:30 AM No comments: 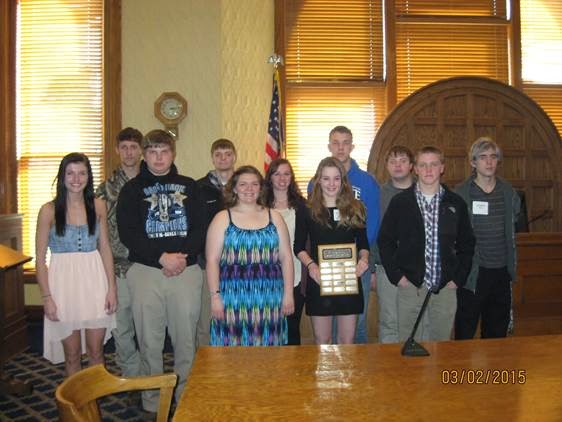 Exeter-Milligan's American government class successfully defends the title of "Jeopardy Champion" during County Government Day held at the Fillmore County Courthouse on March 2nd.  The students are quizzed on information pertaining to the offices associated with county government.  Pictured above is the junior class at Exeter-Milligan holding the traveling plaque.