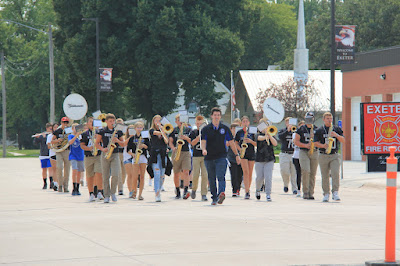 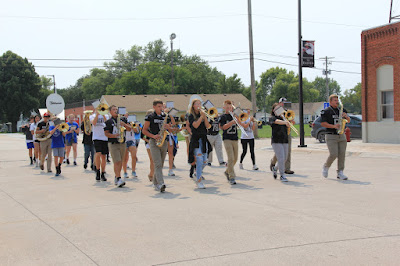 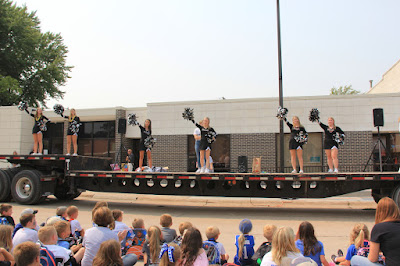 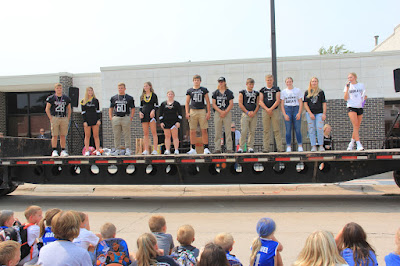 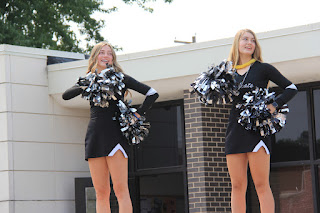 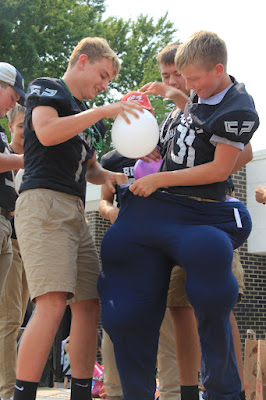 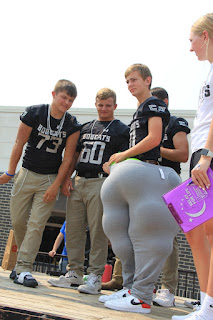 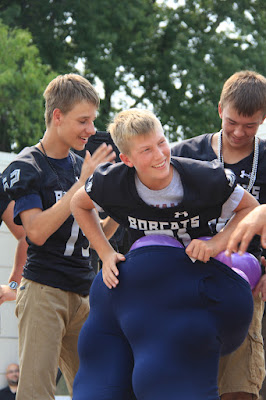 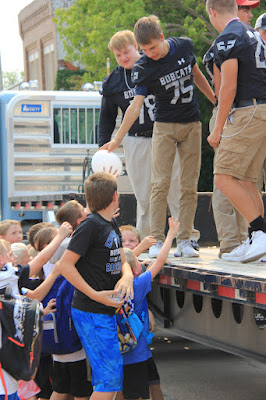 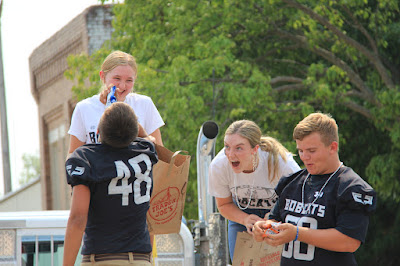 EMF Tromps the Huskie for Homecoming in Milligan 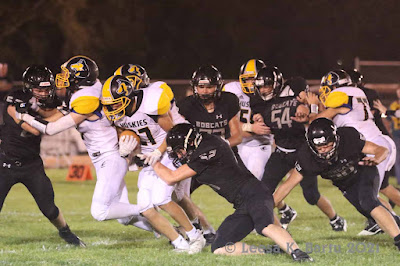 It took less than three minutes for the Bobcats to put eight points on the board Friday night.  After taking the kick off return the Schluter carried the ball for the Bobcats and found the end zone for the touchdown and conversion.

On the first down for the Huskies they broke loose and took the ball all the way down for a touchdown.  They kicked the field goal and the score was 8-7 with 8:58 left in the first quarter.

On the first down EMF fumbled and Shelby Rising City recovered the ball and ran into the end zone.  They kicked the point after and the Bobcats found themselves behind 9-14.

At third and long for the Huskies Christian Weber intercepted the pass but EMF fumbled the ball and Shelby Rising City recovered.

Shelby Rising City was not able take advantage of their field position and on fourth and goal the Bobcat defense held and took over on downs.

Starting on their own three yard line the Bobcats slipped the ball to Jesse Duba and Schluter to head downfield and Schluter was in for six points and dove for the extra two points.  It was 15-14 with 5:55 left in the half.

EMF shot down Shelby Rising City out of the half and from their own territory came out fighting with Schluter again breaking free and finding the end zone.  JB Drake got the run in for two points with 9:21 in the quarter.

The Bobcats forced a fumble and tackled Shelby Rising City in the end zone giving the Bobcats a safety with 8:25 left in the third quarter.  26-14.

Weber sent a big pass to Chase Svehla who dodged tacklers to find the end zone. Weber scrambled for the two but as he was tackled chipped the ball to Schluter for the conversion. 34 to 14 with 6:48 left in the third quarter.

Schluter tacked on another six but the coversion was stopped. 60-14 with 2:35 left in the third.

A pair of fumbles bounces the ball back and forth and SRC comes up with it and capitalizes but their kick is no good. Score is 40 to 29 with 28 seconds in the third quarter.

With 6:50 left in the game Schluter breaks free into wide open spaces for six. Drake carries in for two making it 48 to 20.
After EMF intercepts it gets called back for pass interference a Shelby Rising City finds a hole and adds six but the two point is deined.  48-28

Bobcats march back down the field and Schluter is in for another six. The two point was stopped and the final was 54-28 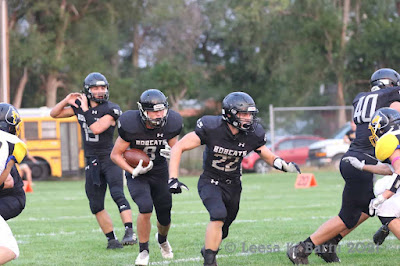 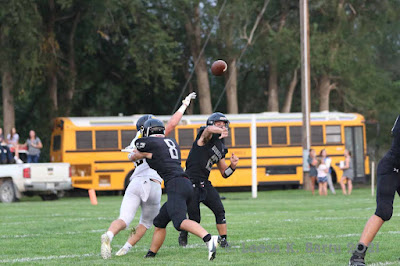 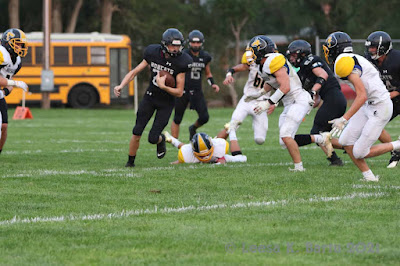 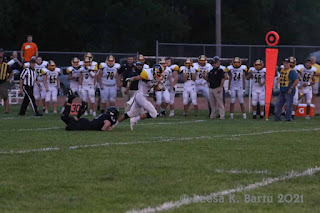 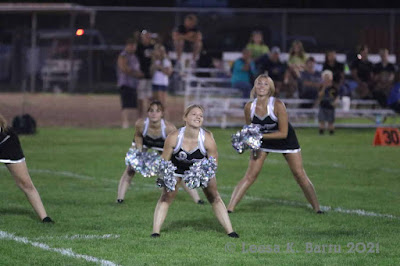 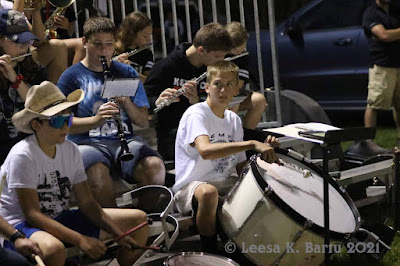 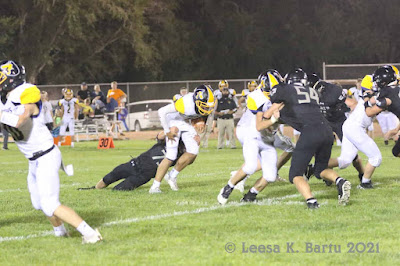 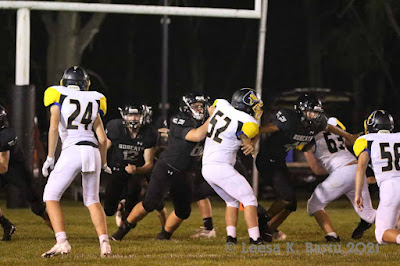 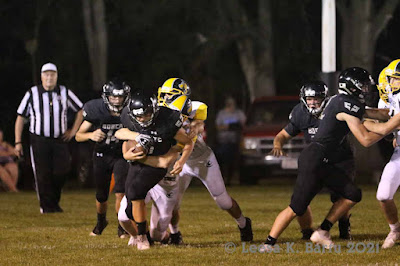 Posted by Leesa Bartu at 9:41 AM No comments: