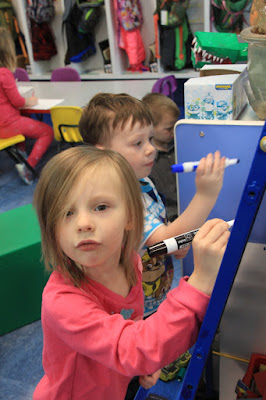 The Exeter-Milligan TYKE classroom is a busy place, especially on Tuesday mornings when the students can chose from the many different “centers” to learn in together.
Above-  Saydee Kassik and Willy Locke decided to write on the white board during their center time.
Below: – Clockwise from the right, Kolton Songster, Braxton Harre and Axel Erdkamp are busy building in the TYKE classroom. 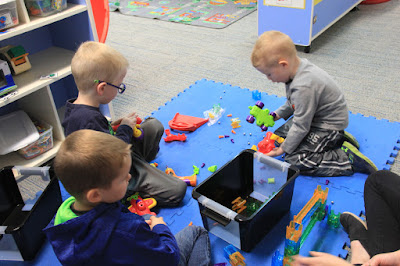 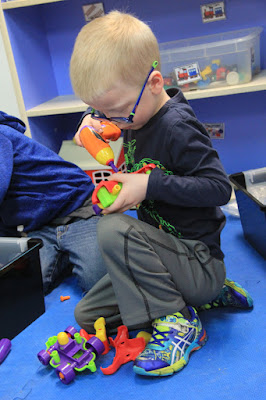 Above – Axel Erdkamp has some serious building to do during center time in the TYKE room.
Below – One of the many things the TYKE preschool students are learning about is colors. 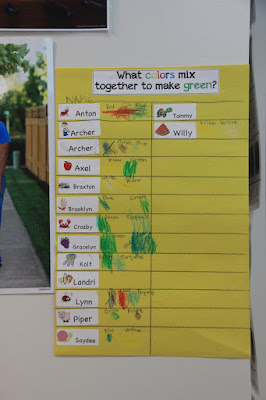 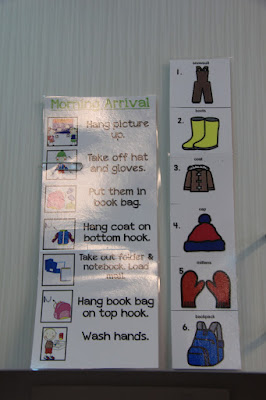 Above – TYKE students have a guide to get their day started off just right!
Below – Brooklyn Lawson plays in the very popular sensory table. 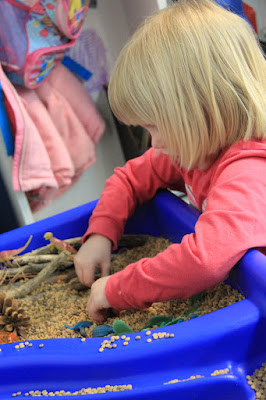 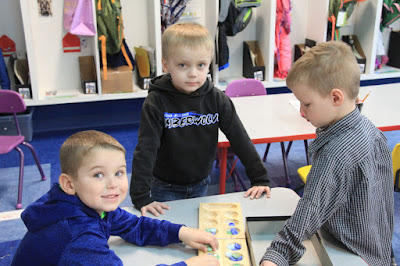 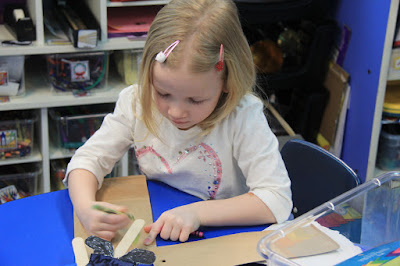 Above– Gracelyn Becker makes a puppet for the puppet show the students are planning.

Below – The TYKE students had a unit on clothing and wrote a poem to go along with the session. 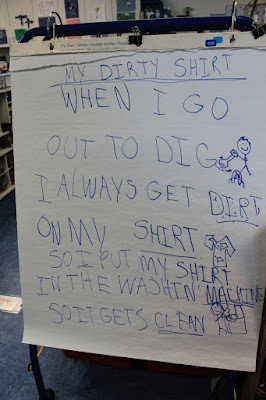 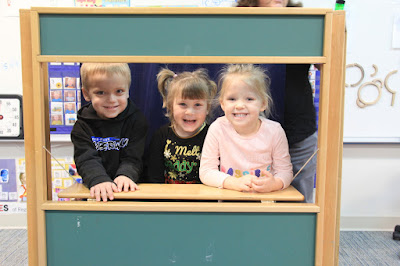 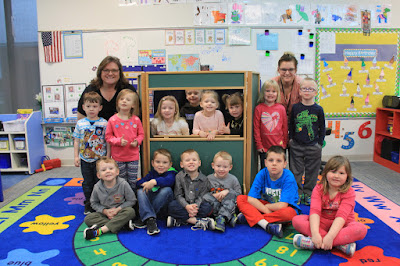 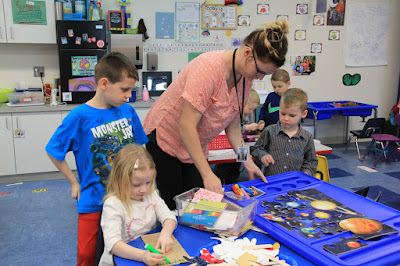 Above – TYKE students have a variety of centers to choose from.  In the back, Para Hannah Marget helps Crosby Oldehoeft (left) and Archer Kanode (right) while Gracelyn Becker continues her own drawing project.
Below – Pictured from the left, Crosby Oldehoeft, Piper Grummons, Landri Johnson and  Brooklyn Lawson watch a puppet show with teacher Kristi Most. 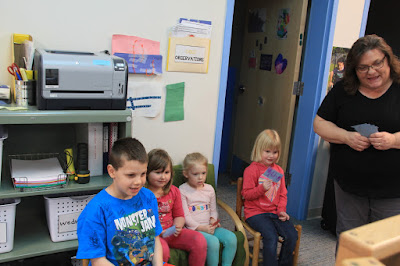 “I’m so pleased with the success of this year’s event,” said Mrs. White, Hoops For Heart coordinator. “We all had a lot of fun, and the kids enjoyed learning about the importance of physical activity and how they can play a role in saving lives.  The kids went above and beyond with their efforts in fundraising.  I am very pleased with how excited the kids were to do this service and how hard the kids worked to raise money and awareness for the AHA!”

Hoops For Heart is a program that promotes physical activity and heart health through playing basketball. It is co-sponsored by the American Heart Association and SHAPE America-Society of Health and Physical Educators.

To make a donation or to find out more about Hoops For Heart, call your nearest American Heart Association office or call 1-800-AHA-USA1 (1-800-242-8721). You can also visit us online at heart.org/hoops. 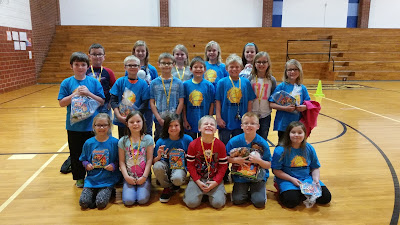 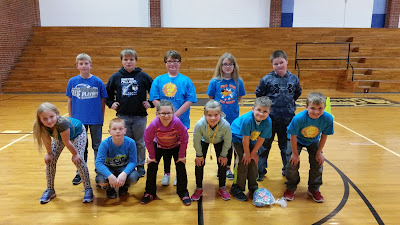 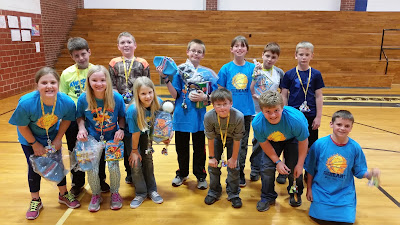 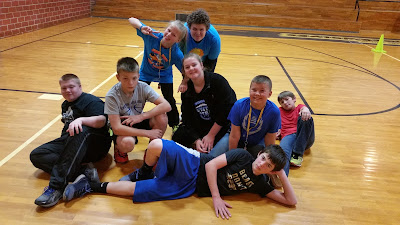 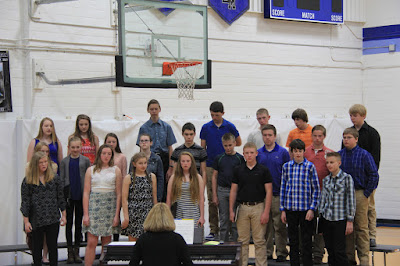 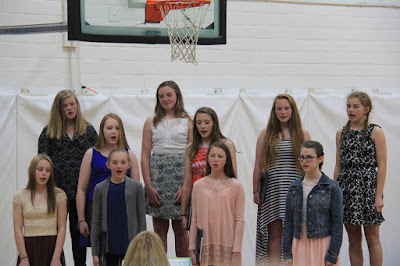 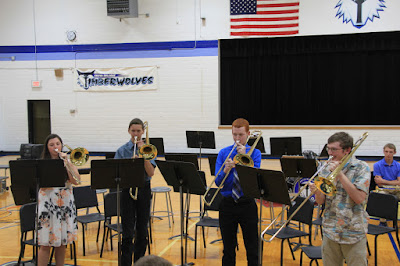 Above -The trombone quartet present their concert piece.  They are pictured from the left, Katie Skinner, Clint Oldhoeft, Patrick Murphy and Nick Hayek.

Below – The Exeter Milligan Women’s Ensemble was joined by the junior high choir to perform one piece. 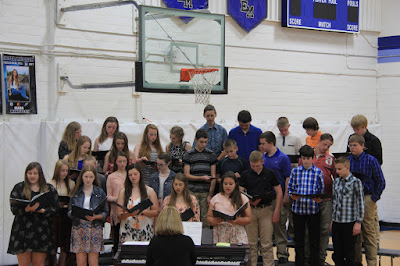 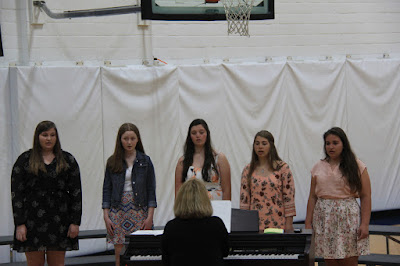 Below – The Exeter-Milligan Jazz Band 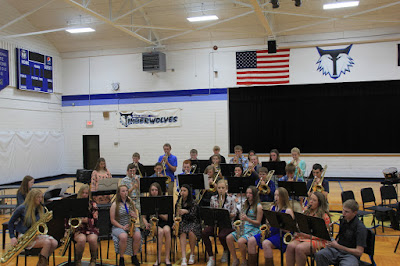 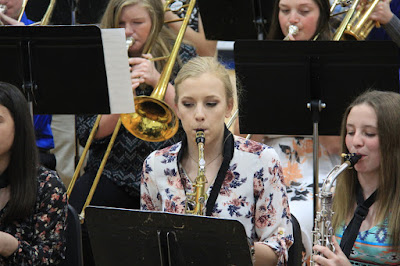 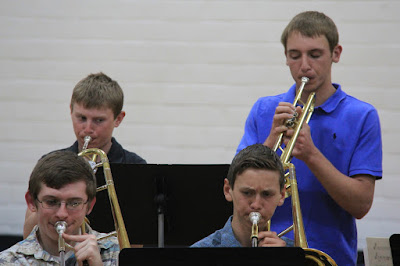 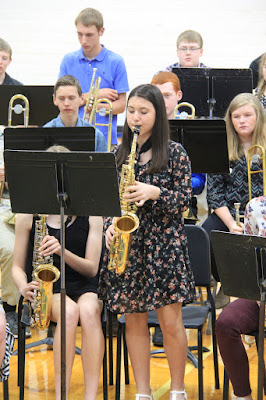 Above – Anna Sluka performs a solo during Jazz Band at the Monday evening concert.
Below – The Exeter-Milligan Junior/Senior High Band perform their contest pieces for the audience. 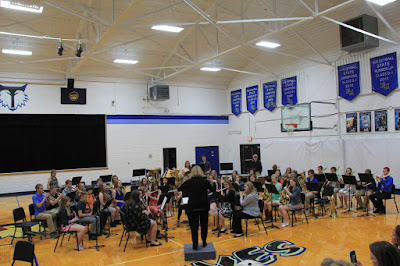 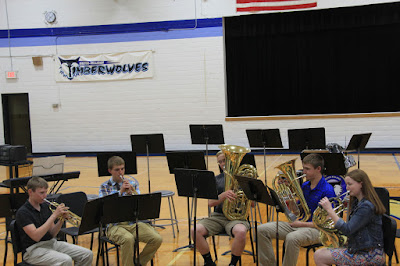 Above - Exeter-Milligan’s brass quintet gave the audience a preview of their contest number.  Pictured from the left are Trever Zelenka, Mitchell Manning, Joel Klemm, Spencer Pribyl and Caitlin Murphy.

The Exeter-Milligan Band and Choir showcased their talents for a local audience on Monday, April 10 at the Exeter site gym.

The junior high choir started the evening off singing “The Journey” and the popular tune, “Sweet Caroline.”  After these two pieces, the junior high girls chose to sing their on their own “Drag Me Down,” made popular by One Direction.

This concert is the Pre-contest/Spring Concert and so the audience was treated to several group performances scattered throughout the evening.  The first of these was a brass quintet performing “In the Hall of the Mountain King,” before the trombone quartet presented “Gavotte and Hornpipe.”

The High School Women’s Ensemble was joined by the junior high choir to perform “Show Me the Way” which was made popular by the rock group Styx.

On their own, the High School Women’s Ensemble did a beautiful job on “Wings” and “The Violet,” before the percussion ensemble performed “Trepak Dance.”

The Junior-Senior High Band performed a fun piece first, “In the Mood,” and then shared their two contest pieces, “Brighton Beach” and “Incantations.”

The Exeter-Milligan junior-senior high band members will attend District Music contest April 20 and 21 in Sutton.  On Thursday the students will perform their individual and small group pieces and Friday the concert band will perform.

Prior to Monday evenings concert, the students enjoyed a band supper provided by the Exeter-Milligan Arts Boosters and their parents.
Posted by Leesa Bartu at 7:30 AM No comments: