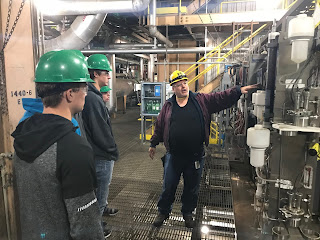 Students in Mr. Jordan Marr’s American Government class and Mr. Matt Nicholas’s Chemistry class recently had the opportunity to visit and tour both Sheldon Station in Hallam and the Beatrice Power Station.  The students were able to learn about the various ways Nebraska produces energy, the math and science needed in the process, and the various job opportunities available in the industry.  Pictured are Mitchell Manning, Spencer Pribyl and Trever Zelenka learning about the process of filtering water prior to being used in the boilers. 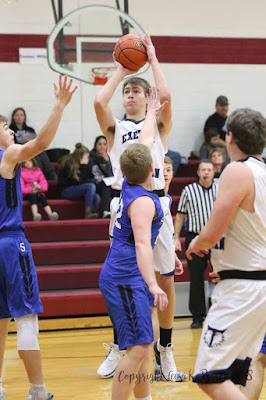 Exeter-Milligan lost a heartbreaking to Shelton at the Silver Lake Holiday Classic Tournament on Friday afternoon.  The final after double overtime was 67-65 with the Timberwolves going 8-1. 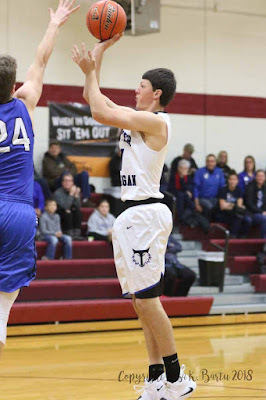 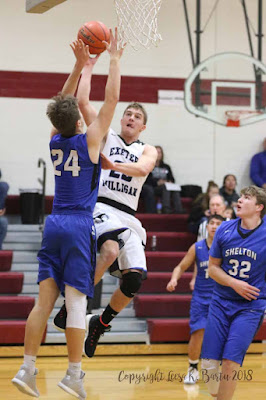 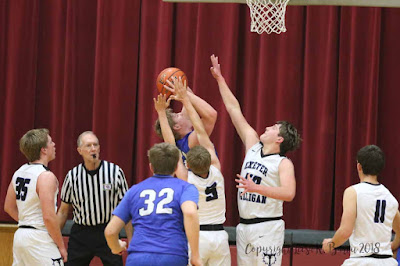 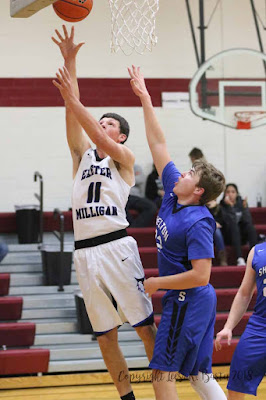 Posted by Leesa Bartu at 6:34 PM No comments: 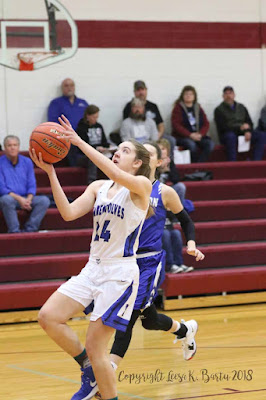 Exeter-Milligan girls extended their record to 10-0 Friday afternoon during the Silver Lake Holiday Classic Tournament.  They were up by 40 points in the third quarter and had a running clock the rest of the game.  Final score 56-7.  They will play at 3:15 on Friday in Roseland. 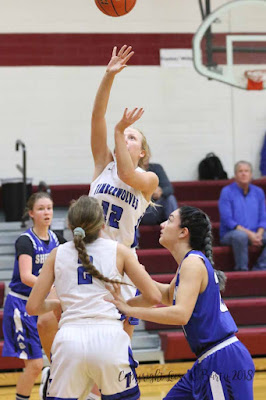 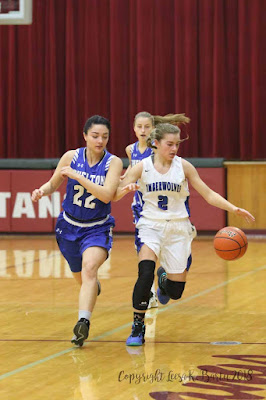 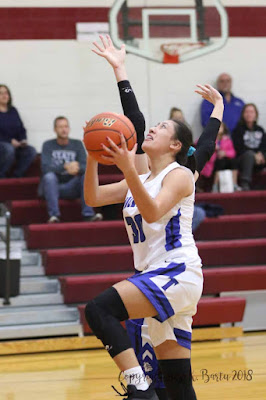 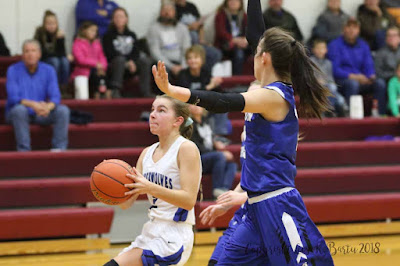 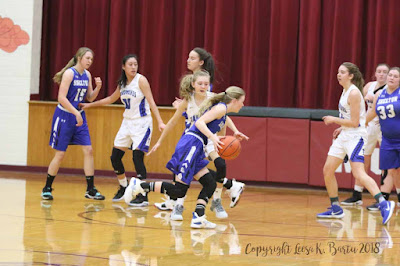 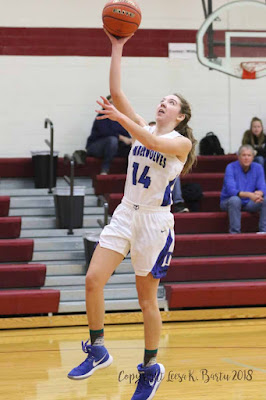 Posted by Leesa Bartu at 6:27 PM No comments: 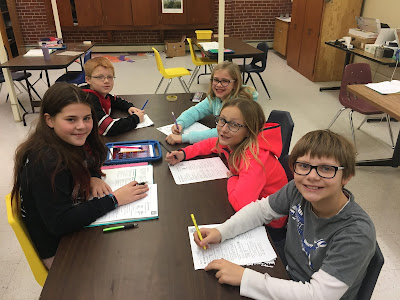 Mr. Jackson Krejci's Sig 5 reading group at Exeter-Milligan is currently reviewing for their test.  The students have been reading about Odysseus. They've found that Greek Mythology is very interesting. The students will be researching different Greek gods and goddesses in the upcoming week. Pictured are (clockwise from the left) Alexis Saatmann, Brett Kallhoff, Selah Petersen, Kaydence Haase and Logan Krupicka.
Posted by Leesa Bartu at 7:30 AM No comments: 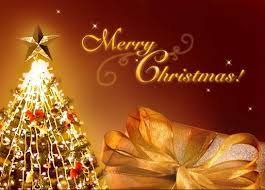 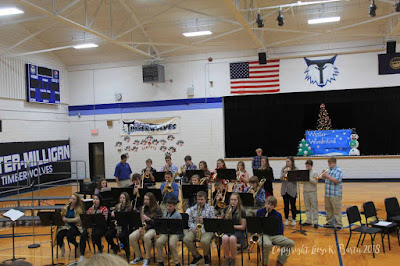 The Junior High Choir took the risers and sang “Christmas In a Small Town” and “Christmas. . . In About Three Minutes” which included snipets of almost every traditional Christmas song.

The Senior High Choir joined the junior high students for “That First Nowell” and they were accompanied by Caitlin Murphy on the piano and Becca Krupicka on flute.  The Senior High Choir performed “By Candelight” and “Merry Christmas With Love” which featured Murphy and Natalie Staskal.

The Junior-Senior High Band closed out the evening with riveting performances of “A Charlie Brown Christmas,” “The Nutcracker Suite,” and a “Celtic Carol,” before asking the audience to join them for a “Christmas Sing Along.”

The sing along was directed by Exeter-Milligan junior Kayla Geiger.  After dismissing, the audience was invited to share in refreshments in the commons area. 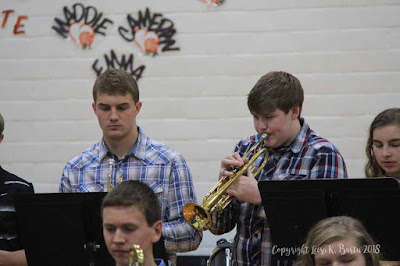 Mitchell Manning, left, waits his turn to play a trumpet solo in the Jazz Band’s performance of “Deck the Halls” while Theron Odvody performs. 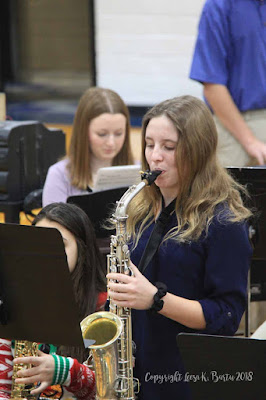 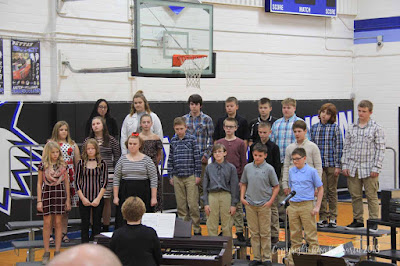 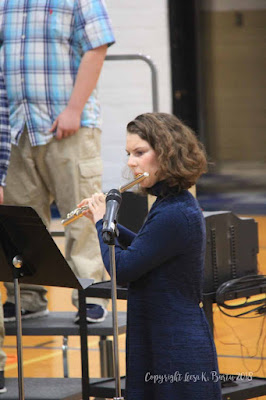 Becca Krupicka accompanies the Junior and Senior High Choir on her flute for “That First Nowell.” 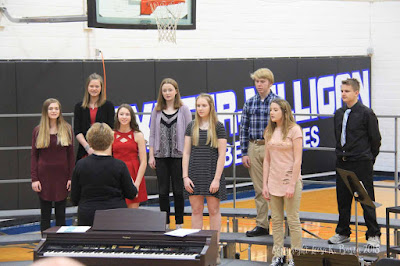 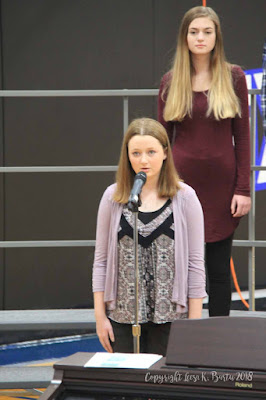 Caitlin Murphy signs a solo during the Senior High Choir performance of “Merry Christmas With Love.” 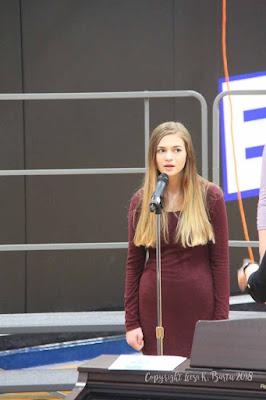 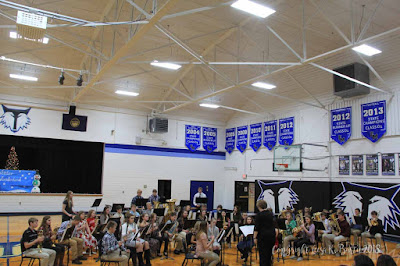 Exeter-Milligan Jr Sr High Band performing under the direction of 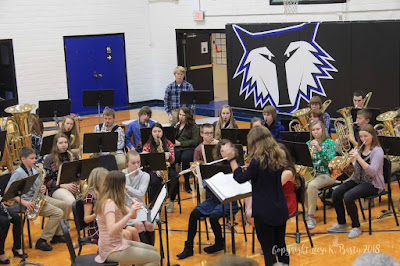 Kayla Geiger volunteered to student direct the Exeter-Milligan Junior-Senior High band for the Christmas Sing Along.
Posted by Leesa Bartu at 7:30 AM No comments: