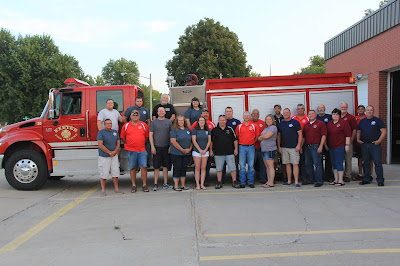 
Exeter Fire Department has maintained their current roster, according to Fire Chief John Mueller.
Mueller noted that one department member left but the department has a new recruit ready to sign on.
This summer instead of their annual street dance the Exeter Fire Department joined the Exeter Sons of the Legion to put on a car show and BBQ at the Exeter Legion.  The event also featured a polka band which was very popular.
Rescue Captain Hope Strate was encouraged with the event, “We had a lot of interest and a great turnout.  We hope to make it more of a village event next year.”