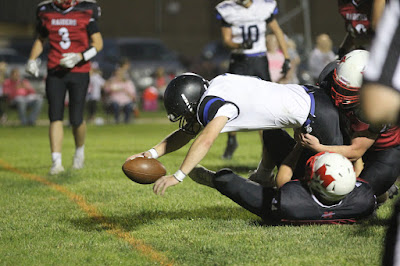 Colton Bossaller doesn’t quite get in the end zone on this run at Mead but he found it two times during the final regular season match-up.  It was a blow-out win for the Timberwolves with the clock running in the second half of the game.  Joey Bartu found the end zone on the first set of downs for the Timberwolves and then it was Bossaller's turn to find the end zone.  The T-wolves were up by 14 points with just 2:28 left in the first quarter on the Pribyl pass to Seth Maxson for the extra points.
Spencer Pribyl called his own number for the next six points and then it was back to Bossaller for another six. Max Zeleny caught Pribyl's pass for the extra points.

The Timberwolves stayed on the points bandwagon with Zeleny finding the endzone and Pribyl adding on the two points.  The Exeter-Milligan team went into the half with a 36-0 lead.
Bartu added the only points in the second half and Jackson Beethe caught the Pribyl pass for the two point conversion but it was called back for a penalty.  The lone score for the Mead Raiders came in with less than two minutes in the game.  Final score 42-6. 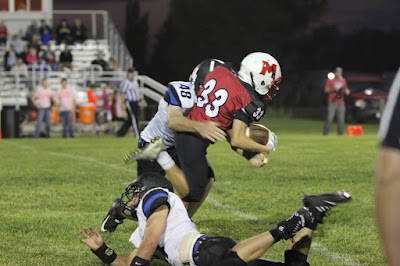 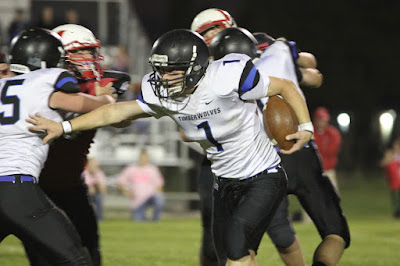 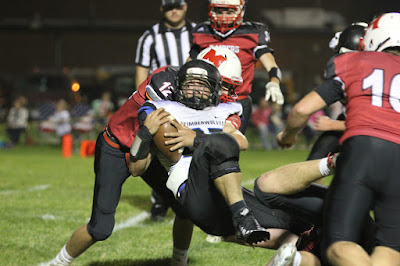 Joey Bartu rolls over to gain a few more yards. 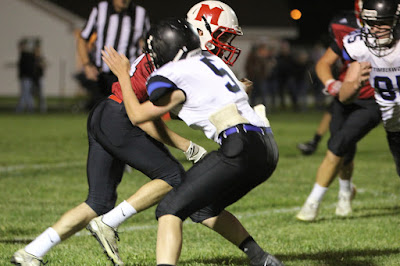 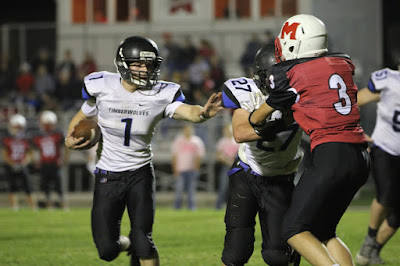 Colton Bossaller follows the block of Joey Bartu down the field. 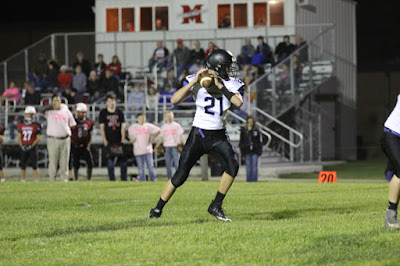 Above - Spencer Pribyl has great pass protection near the end zone.  Below - Johnny Babula gives Pribyl plenty of time to find an open receiver. 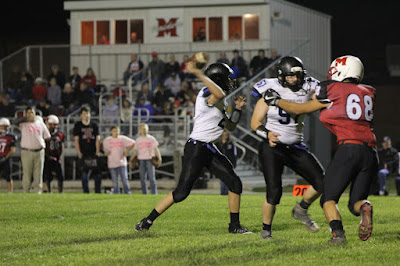 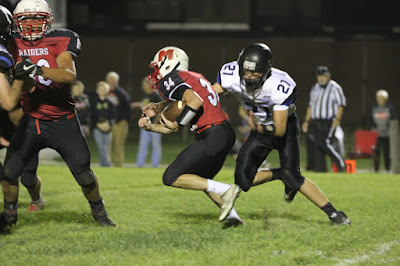 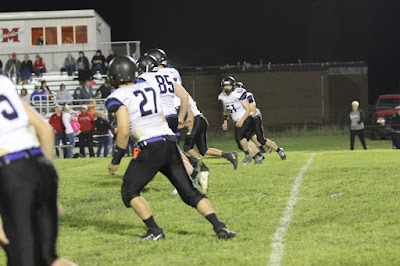 The boys of fall kick off. 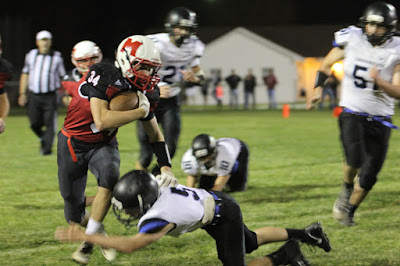 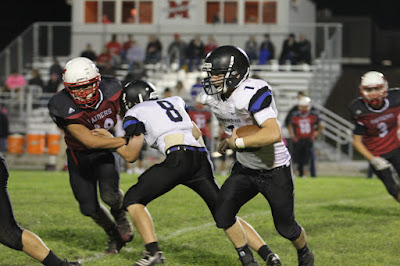 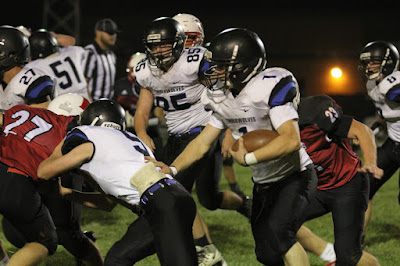 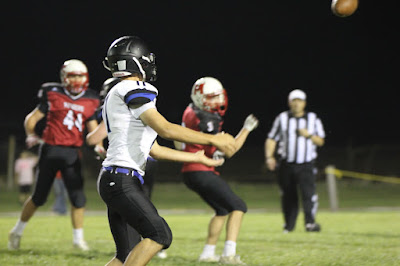 Jackson Beethe has a Spencer Pribyl pass come right to him. 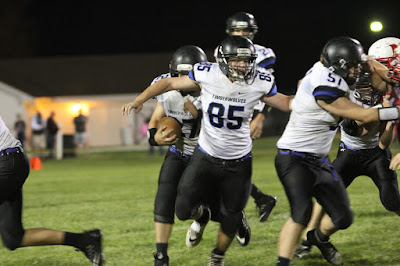 Max Zeleny #85 blocks a Mead Raider to give #27 Joey Bartu room to run with the ball. 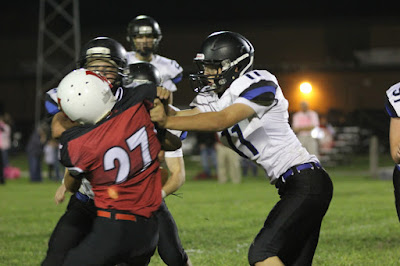