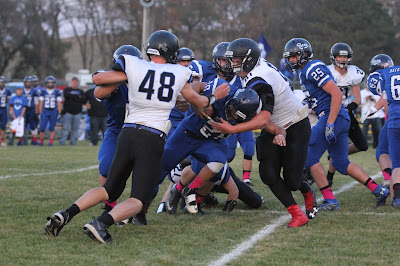 #7 Trevor Luzum looks for a hole behind fullback #27 Joey Bartu and the block of #1 Colton Bossaller. 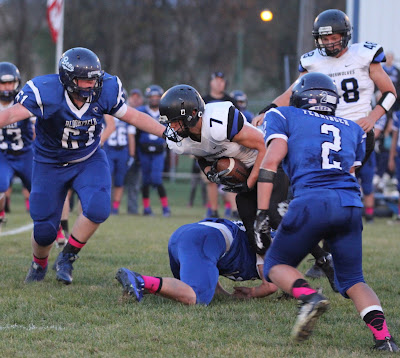 Exeter-Milligan’s Trevor Luzum is surrounded by a swarm of Bees in Bloomfield Thursday night.  In on the tackle for Bloomfield were #61 McGwire Mackeprang, #36 (on the ground) Devin Johnson, and #2 Luke Fehringer. Below, Luzum chased by some of the same cast of characters. 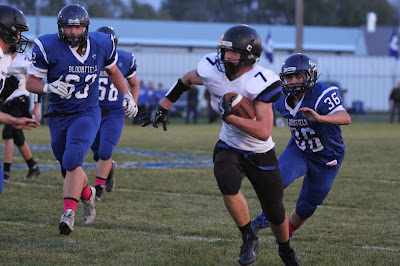 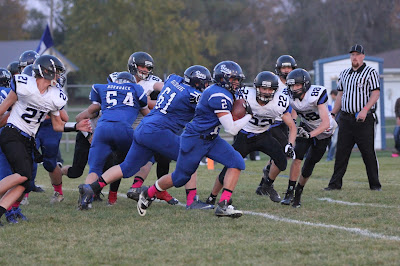 Exeter-Milligan’s #22 Mitchell Manning and #88 Evan True look to stop the sweep of Bloomfields #2 Luke Fehringer around the block of #61 McGwire Mackeprang.
Posted by Leesa Bartu at 9:25 AM